Cabinet Approvals on February 22, 2017
i. The Union Cabinet Committee on Economic Affairs (CCEA) okayed revised norms for the Scheme for Development of Solar Parks and Ultra Mega Solar Power Projects with the production target enhancement to 40,000 MW from the present 20,000 MW.
ii. Cabinet has given its approval for signing of a Memorandum of Understanding (MoU) between India and Australia for promotion and development of cooperation in civil aviation security.
iii. Cabinet has approved the signing of Air Services Agreement (ASA) between India and Greece which has the potential to spur greater trade, investment, tourism and cultural exchange also in line government’s developments in the civil aviation sector.
iv. Cabinet also approved the signing of Agreement between India and Poland on cooperation in the field of agriculture and allied sectors.
v. Union Defence Ministry has approved 38 additional coastal radar stations with the cost of Rs 800 crore to enhance coastal surveillance on India’ over 7500 km long line.
vi. The Cabinet Committee of Economic Affairs (CCEA) approved investment proposal for generation component of 900 MW Arun-3 Hydro Electric Project in Nepal by state owned SJVN Limited.

Gujarat Govt Presents Budget With No New Taxes In Poll Year
i. The BJP Administration in Gujarat presented a main stream budget with overall layout of Rs 1,72,179 crore for 2017-18, which is Rs 20,327 crore more than last year.
ii. This budget comes ahead of Poll is due in the state this year that comes with a slew of welfare initiatives and no new taxes.
iii. While Presenting Budget Finance Minister Nitin Patel in the Assembly the minister stated that the state has overall surplus of Rs 239.16 crore while the revenue surplus is estimated at Rs 6,065.60 crore.
iv. As far as Tax is concerned he keeps it with a pause as he did not propose any increase, especially in the Value Added Tax (VAT), as GST will be implemented shortly.
v. The Minister Kept Agriculture, irrigation and rural development with highest share of 21.88 per cent in the developmental expenditure, followed by education and sports (21.17 per cent), water supply, housing and urban development (16.72 per cent) and energy, industry and minerals (10.42 per cent).
vi. In the backdrop of Demonetization besides keeping Tax rates unchanged he also emphasized Education sector with allocations this time with Rs 25,000 crore. 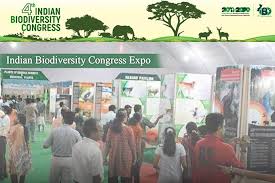 India, China to hold strategic dialogue to boost bilateral ties
i. Foreign Secretary S. Jaishankar attended the first India-China Strategic Dialogue to be held in Beijing to reinforce bilateral ties amid hectic meetings to resolve differences over Beijing’s reluctance to support India’s NSG bid as well as a UN ban on JeM chief Masood Azhar.
ii. The two sides discussed all issues of mutual concern and interest including friction point and expressed strong commitment to develop positive relations despite differences.. 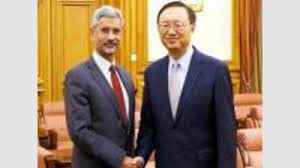 EPFO introduces Single Page Composite Claim Form
i. Employees’ Provident Fund Organization (EPFO), the retirement body of India introduced single page composite claim form that enable its subscribers to withdraw money from their PF account at an ease.
ii. Upon this introduction subscribers are not required to file other relevant documents adhering to the new rules released by EPFO as earlier, employees/subscribers were supposed to ll and submit three different forms to EPFO for withdrawing provident fund for dierent purposes
iii. The form does not require employers’ attestation, but the facility can be availed only for those subscribers whose Aadhaar number and bank account details are seeded with their Universal Account Number (UAN).
iv. The new single-page form can be submitted with the attestation of employers. In this new form, no revenue stamp of Re 1 is required in both the cases whether you are filling Aadhaar-based composite form or the non-Aadhaar based composite form.

Bharat Financial Launches Instant Microloan Facility
i. Hyderabad based non-banking finance company Microfinance institution Bharat Financial Inclusion Ltd launched an instant loan approval at a village near Bassi in Jaipur district, Rajasthan
ii. The objective of this initiative to help rural areas embrace cashless transactions. The loan amount will be  deposited directly to the loanees bank account.
iii. The loan facility based on a three-step verification process of Aadhar-based eKYC, credit bureau authentication and eSign and non collateral loans up to Rs 60,000 for one year to rural women.
iv. It will be rolled out by June 2017 in all microfinance companys nationwide network with several being in Rajasthan, Bihar and Delhi.
Bharat Financial Inclusion Ltd :
♦ Founder: Vikram Akula
♦ Founded: 1998
♦ Headquarters: Hyderabad

SIDBI, Vijaya Bank combine to provide concessional loans to micro, small units
i. Lucknow based Small Industries Development Bank of India (SIDBI) has signed a Memorandum of Understanding (MoU) with Bengaluru based Vijaya Bank for providing concessional finance to micro and small enterprises (MSEs).
ii. Aim:  To promote and strengthen the units in the MSE segment
iii. The MoU also expect joint financing/co-financing of MSMEs for meeting capital expenditure under the ‘SIDBI Make in India Soft Loan Fund for Micro, Small & Medium Enterprises’ scheme at concessional rate of 9.60 per cent, along with working capital from Vijaya Bank. 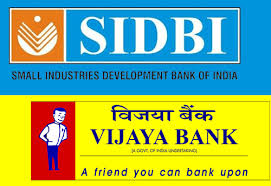 iv. The resources and expertise of SIDBI in MSME financing and the outreach of Vijaya Bank are proposed to be leveraged
Vijaya Bank :
♦ Headquarters: Bengaluru
♦ CEO: Kishore Kumar Sansi
♦ Founded: 1931
♦ Tagline :A friend u can bank on

ICRA says GVA growth to decline by 70 bps to 6.2% in Q3
i. Guragon based Domestic rating agency ICRA reported that the gross value added (GVA) is set to slip to 6.2 per cent in the third quarter from 6.9 per cent and GDP growth will decline to 6.5 per cent from 7.2 per cent.
ii. Services sector is expected to ease to 8 per cent from 9.1 per cent in line with moderation in fuel demand following the note ban.
iii. Industrial growth is set to more than halve to 4 per cent from 8.6 per cent, led by manufacturing, construction and mining and quarrying.
iv. The annual growth of systemic deposits improved to 15.2 per cent as of December 23, 2016 from 10.2 per cent.
ICRA :
♦ ICRA Limited (ICRA) is an Indian independent and professional investment information and credit rating agency.
♦ It was a joint-venture between Moody’s and various Indian commercial banks and financial services companies.
♦ Headquarters Gurgaon
♦ CEO: Naresh Takkar

Britannia signs MoU with Greece’s Chipita for joint venture in India
i. Bangalore based  Indian food-products corporation Britannia has signed an MoU with Greece’s cakes and confectionery major Chipita for exploring certain business opportunities on February 22, 2017.
ii. This is the first joint venture after Britania’s tie-up with New Zealand’s Fonterra Dairy and and dairy giant Groupe Danone SA dissolved in 2009
Chipita:
♦ Chipita S.A. is a food company in Greece. It operates in 66 countries. It is already operating in India.

Nasscom signs MoU with ITAC Japan
i. The National Association of Software and Services Companies (NASSCOM) has signed a Memorandum of Understanding(MoU) with the IoT Acceleration Consortium (ITAC) Japan  on February 22, 2017
Aim: To collaborate to address digital technology shifts and accelerate IoT (Internet of Things) adoption at a global level across the industry.
ii. NASSCOM and ITAC will exchange statistics and dynamic practices related to the respective IoT industries and will look at facilitating exchange programs for association members.
iii. Both the organisations will share information on the ecosystem, new practices and technological developments.
Japan :
♦ Capital: Tokyo
♦ Currency: Japanese yen
♦ Prime minister: Shinzō Abe

ii. Prior to this, Aliyeva has served previously as a lawmaker and headed a charity.
iii. She become the country’s first powerful lady and second most powerful person in Azerbaijan.
Azerbaijan :
♦ Capital: Baku
♦ Currency: Azerbaijani manat

AAI, IATA launch e-billing solution SKYREV360 for airport operators
i. The state run Airports Authority of India, along with International Air Transport Association (IATA) launched its e-billing solution for airport operators and air navigation services providers across the world.
ii. The e-billing solution, SKYREV360 developed by in-house experts the electronic billing solution for data, e-invoicing and collection of tariff from the airlines is being used by the AAI for several years now.
iii. The solution launched by Civil Aviation Minister Ashok Gajapthi Raju, comprises data gathering, invoicing and collection.
iv. This solution will also help in the reduction in disputes, easy integration with all external systems and curtailing the debt collection period to the minimum. 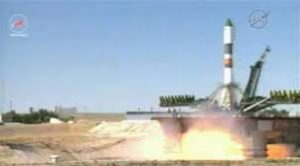 i. Russia successfully launched an unmanned spacecraft taking food and equipment to the International Space Station after the previous such ship crashed to Earth shortly after launch in December.
ii. A Soyuz-U booster rocket carrying the Progress cargo ship MS-05 spacecraft blasted off as scheduled from the Russian-leased Baikonur launch complex in Kazakhstan.
iii. Russia’s launch went ahead without a snag and the spacecraft go into a designated primary orbit en route to the space outpost.

Four New Species Of World’s Smallest Frogs Discovered In The Western Ghat
i. Noted Scientist also called Frogman of India as professor SD Biju from Delhi University (DU) and his team discovered four new miniature species, now listed among the smallest known frogs in the world.
ii. This findings surprised the scientists as the relative abundance of these new miniature species of seven new frog species belonging to the genus Nyctibatrachus, commonly known as Night Frogs in the Western Ghats global biodiversity hotspot in India.
iii. Among the findings four out of seven of the new species are miniature-sized frogs (12.2-15.4 mm), which can comfortably sit on a coin or a thumbnail.These are among the smallest known frogs in the world. 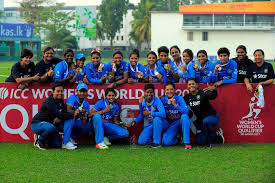 show from Harmanpreet Kaur that helped the side to deliver the victory.
ii. South elected to bat first after winning the toss notably Mignon du Preez (40), Lizelle Lee (37), skipper Dane Van Niekerk (37)scored to post decent 244 in 49.4 overs.
iii. India chase was started smooth with opener Mona Meshram (59) and Deepti Sharma (71) striking a 124-run second wicket stand. The team started losing wickets there on before Harmanpreet’s run-a-ball unbeaten 41 runs that made great relief for the side. 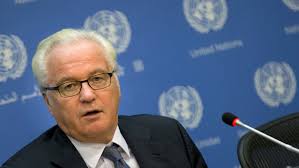 iii. He had served as foreign ministry spokesman in the early 1990s and as special envoy to the former Yugoslavia.
Russia:
♦ Capital: Moscow
♦ Currency: Russian ruble
♦ President: Vladimir Putin

Noted bureaucrat V. K. Srinivasan passes away
i. Noted bureaucrat, columnist and director of the Institute of Economic Studies, V. K. Srinivasan was passed away in Hyderabad. He was 76.
ii. Srinivasan is a 1963-batch IAS officer, he was known for his outspokenness, and had played in league division in Cricket in Chennai, the then Madras State.
iii. He served as Collector of Karimnagar and Anantapur districts and also served in Ministry of Finance
iv. He was closely involved with the activities of the Federation of AP Chambers of Commerce & Industry (FAPCCI). He chaired many committees, which examined government policy and also in selection of excellence awards for industries.
v. He was also named Director of the Institute of Economic Studies, which brought out quite a few studies and reports on various aspects of the state and national economy. 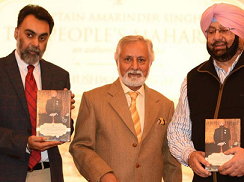 About Amarinder Singh :
i. Captain Amarinder Singh is an Indian politician of the Indian National Congress.
ii. He was Chief Minister of Punjab from 2002 to 2007.Presently, he is the sitting President of the Punjab Pradesh Congress Committee (PPCC).
iii. He was also the Deputy Leader of the Opposition in the 16th Lok Sabha till 2016,