We are here for you to provide the important current affairs December 7 2017 which have unique updates of all daily events from all newspapers such as The Hindu, The Economic Times, PIB, Times of India, India Today, Indian Express, Business Standard, all Government official websites. Our complete current affairs helps you to get more marks in Banking, insurance, UPSC, SSC, CLAT, Railway and all other competitive Exams. Kerala raises minimum liquor drinking age to 23 from 21
On December 6, 2017, Kerala State Government issued an ordinance raising the minimum age for liquor consumption from 21 to 23.
i .This ordinance seeks to make suitable amendments to Kerala’s Abkari laws.
ii. The decision has been taken with an objective to curb the liquor consumption among youngsters.
iii. Since 2016, when CPI-led government came to power in Kerala, it has considerably diluted state’s liquor policy. Its predecessor, Congress-led government, followed a stringent policy inclined towards banning liquor in phased manner.
iv. In context of this news, it is important to note that Kerala has the second highest level of per capita liquor consumption (after Andhra Pradesh) among all Indian States and Rs. 40000 crore revenue from liquor trade constitutes  one fourth portion of Kerala State Government’s annual revenue .
Quick Facts about Kerala:
♦ Capital – Thiruvananthapuram
♦ Current Chief Minister – Pinari Vijayan
♦ Current Governor – P. Sathasivam
♦ Important National Park – Silent Valley National Park

India, Israel open centre for floriculture in Tamil Nadu
On December 7, 2017, a centre for excellence in floriculture jointly set up by India and Israel was inaugurated at Thally in Krishnagiri district of Tamil Nadu. India-Israel Centre for floriculture in Tamil Nadu:
i. This centre is the first agro-technology development centre set up with assistance of Mashev, Israel’s Agency for International Development Cooperation in the Ministry of Foreign Affairs.
ii. A similar centre specialising in vegetables such as capsicum, cucumber and tomatoes will be established in Dindigul, Tamil Nadu. This centre is expected to be launched in January 2018.
iii. The centre at Thally and upcoming centre at  Dindigul are part of a three-year Indo-Israel agricultural partnership signed between Mashav and mission for integrated development of horticulture of Union Agriculture Ministry.
iv. These centres would develop agricultural practices suitable for that particular geographical region and will share the best practices with local farmers.
Quick Facts about Israel:
♦ Capital – Jerusalem
♦ Currency – Shekel
♦ Current Prime Minister – Benjamin Netanyahu
♦ Important River – Kishon i .The MoU was signed in New Delhi in presence of Union Minister of Health and Family Welfare, J P Nadda.
ii. As per the terms agreed in the MoU, India National PolioPlus will provide support to Government’s efforts in Polio Eradication Programme and Routine Immunization including Mission Indradhanush and Intensified Mission Indradhanush.
iii. Under the MoU, both the entities will collaborate for social mobilisation of beneficiaries, especially in urban slums and underserved areas.
iv. Awareness will be generated through innovative approaches. Besides, private practitioners and local leaders will also be involved for generating awareness and mobilisation of beneficiaries.

Rajasthan government to start ‘Guru-Shishya’ programme
The Rajasthan government will soon introduce ‘Guru-Shishya’ (student-teacher dialogue) programme to address problems faced by students in various colleges in all districts.
Guru-Shishya:
i. According to Rajasthan Higher Education Minister Kiran Maheshwari, the programme will be held in one nodal college in each district where students selected on merit and elected members of students union would participate. It will soon begin from Jaipur.
ii. Under the Guru Shishya scheme college students can discuss with their teachers the issues and problems related to their institutes.
National Parks in Rajasthan:
♦ Darrah National Park
♦ Desert National Park
♦ Ranthambore National Park
♦ Sariska Tiger Reserve

i. In August 2017, Supreme Court of India banned the practice of “triple talaq”, calling it “unconstitutional”. As per Supreme Court, practice of “triple talaq” violates Article 14 (Equality before law) of Indian Constitution.
ii. Central Government’s draft provides for three-year imprisonment and a fine to a man who tries to divorce his wife through triple talaq.
iii. State Governments have been asked by Central Government to submit their respective views on this draft bill by December 10, 2017.
iv. A Government official has stated that 66 cases (maximum reported from Uttar Pradesh) of triple talaq have been reported even after the Supreme Court verdict.
Quick Facts about Uttar Pradesh:
♦ Capital – Lucknow
♦ Current Chief Minister – Yogi Adityanath
♦ Current Governor – Ram Naik
♦ Important National Park – Dudhwa National Park i. This decision was jointly announced by Australian Prime Minister Malcolm Turnbull, Minister for Environment and Energy, Josh Frydenberg and Minister for Foreign Affairs Julie Bishop.
ii. Australia which is a world leader in the solar energy sector will now share its expertise in solar technologies and research with other ISA member countries.
iii. In Australia, around 17 per cent households have rooftop solar panels. It has the highest per capita rate in the world.
iv. Decision to join ISA reiterates Australian Government’s commitment to clean energy cooperation and will help in meeting its Paris Agreement emissions targets.
About International Solar Alliance (ISA):
♦ The International Solar Alliance is an alliance of countries which are located completely or partly between Tropic of Cancer and Tropic of Capricorn.
♦ It was jointly launched by the Prime Minister of India Narendra Modi and the then President of France Francois Hollande in November 2015 in Paris, on the side lines of United Nations Climate Change Conference, COP 21.
♦ Under the ISA, solar rich countries will collaborate to fulfil their objectives and needs pertaining to solar energy by emulating successful practices and setting up common mechanisms and instruments for harnessing solar energy on a huge scale. Overseas bank branches can refinance ECBs: RBI
International or overseas branches of Indian banks will now be able to refinance external commercial borrowings (ECB) of AAA-rated private and public sector companies.
Refinancing of ECBs:
i. Announcement in this regard was made after RBI’s fifth bi-monthly monetary policy review on December 6, 2017.
ii. Currently Indian banks are allowed to fund dollar loans but are not allowed to refinance these borrowings abroad. This restriction was placed to avert any risks linked to excess foreign currency exposure.
iii. Owing to these restrictions, companies sought refinance only through foreign lenders. Now, with RBI’s permission, Indian banks can also participate in refinancing and can earn a higher return on their funds abroad.
iv. From borrowers perspective, this decision will improve the liquidity in refinance market and will thus, marginally reduce the cost of borrowing. 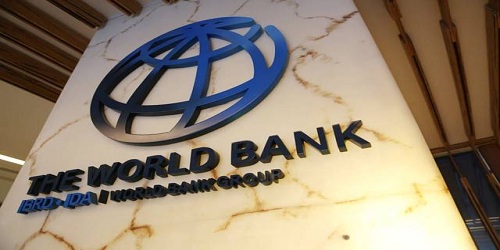 i. The break-up of this $1.15 billion loan is: $500 million from the World Bank Group, $150 million from Britain and $500 million from the African Development Bank.
ii. This loan is the last in a series of three annual loans (issued from 2015-2017) totalling $3.15 billion.
iii. Funds procured through this loan will be deployed for creating jobs, strengthening public finances, ensuring energy security, and enhancing business competitiveness in Egypt.
Quick Facts about Egypt:
♦ Capital – Cairo
♦ Currency – Egyptian Pound
♦ Current President – Abdel Fattah el-Sisi
♦ Important River – Nile

ICICI Bank launches service to open PPF account online
On 7th December 2017, ICICI Bank said it has launched a digital service to allow customers to open a Public Provident Fund (PPF) account online, eliminating the need for furnishing paper documents.
Digital service to open PPF account online:
i. ICICI said it is the first lender in India to introduce a fully digital and paperless procedure for opening a PPF account. The facility will be available 24×7 and on all days.
ii. It will require customers to login to their internet banking or mobile banking and apply for a PPF account. After submission of required details, the customer’s PPF account is created instantly within a few seconds, and their account number will be displayed instantly.
About ICICI Bank:
♦ Headquarters – Mumbai
♦ Chairman – Mr. M. K. Sharma
♦ MD & CEO – Mrs. Chanda Kochhar

Person of the year:
i. US President Donald Trump was runner-up in the Person of the year ranking, ahead of Chinese President Xi Jinping.
ii. Time designated as “silence breakers” the individuals, mostly women, who came forward this year to publicly expose patterns of sexual harassment, assault and even rape by some of society’s most powerful public figures.
iii. Those recognized by Time range from famous actresses to ordinary women who shared their stories of abuse using the hashtag #MeToo and its foreign language equivalents.
About TIME Magazine:
♦ Editor-in-Chief – Edward Felsenthal
♦ Country – United States
♦ Category – News magazine

World’s heaviest bony fish discovered in Japan
The world’s heaviest bony fish ever caught weighing 2,300 kilograms has been identified by Japanese experts.
World’s heaviest bony fish:
i. The fish is a Mola alexandrini bump-head sunfish, according to researchers from Hiroshima University. Bony fish have skeletons made of bone rather than cartilage.
ii. The study was published in the journal Ichthyological Research. The researchers were led by Etsuro Sawai.
iii. Ocean sunfishes count among the world’s largest bony fish. Specimens can measure up to three meters (total length), and many weighing more than two thousand kilogrammes have been caught.
Some of the aquariums in India:
♦ Bagh-e-Bahu Aquarium – Jammu
♦ Central Institute of Freshwater Aquaculture (CIFA) Aquarium – Bhubaneswar
♦ Dr. A. M. Michael Aquarium – Kochi
♦ Jagdishchandra Bose Aquarium – Surat 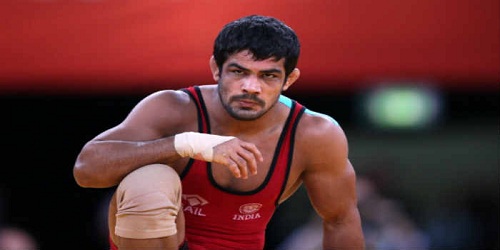 Sushil Kumar quits as National Sports Observer for wrestling:
i. Sushil Kumar is a 34-year-old wrestler. He was among 12 national observers appointed by then Sports Minister Vijay Goel. Sushil Kumar is still active in wrestling.
ii. Recently, Mary Kom had also resigned as the national observer for boxing after Sports Minister Rajyavardhan Rathore made it clear that active sportspersons will not be considered for the position.
About Wrestling Federation of India:
♦ President – Brijbhushan Sharan Singh
♦ General Secretary – V.N. Prasood
♦ Location – New Delhi 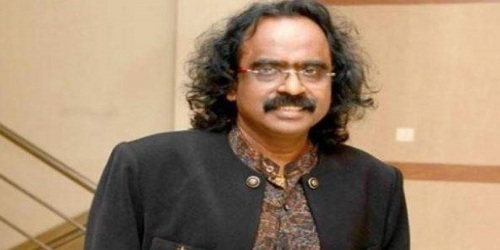 Death of Adithyan:
i. Adithyan was 63 years old. He was undergoing treatment in Hyderabad for the past one week for his kidney ailment. He is survived by wife and two daughters.
ii .He is known for his songs in movies like Amaran, Seevalaperi Pandi, in the early 90s. He has composed music for many Telugu and Malayalam movies. Adithyan also hosted a culinary show in a popular Tamil TV channel.
Some of the temples of Hyderabad:
♦ Birla Mandir, Jagannath Temple, Ashtalakshmi Temple and Katta Maisamma temple