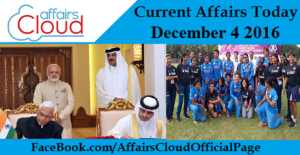 Prime Minister of Qatar, Sheikh Abdullah on His Two Day Visit to India
i. Qatar Prime Minister Sheikh Abdullah bin Nasser bin Khalifa Al Thani arrived in New Delhi on December 2, 2016 on a two day visit to India to hold discussions with Prime Minister Narendra Modi on bilateral, regional and multilateral issues of common interest.
ii. This is the first visit of Sheikh Abdullah to India and the third high-level bilateral engagement between the two countries in the past two years, which underlines India’s growing ties with Qatar.
iii. During the visit, India and Qatar signed 5 agreements in areas such as visas, cyberspace and investments also India agreed to train Qatars police for the FIFA World Cup 2022.

World’s largest bird festival organized in Agra to promote Eco-tourism
In order to promote eco-tourism in Uttar Pradesh and to declare it as an international bird watching destination, UP Eco-tourism has organized a three-day international festival on birds from 2nd to 4th December 2016 at the National Chambal Sanctuary in the Bah tehsil , Agra.
About International Bird Festival 2016
i. The festival has been organized to encourage bird conservation and eco-tourism in a backward area of the state and concentrates on the discussion of State’s extinct bird species along with their conservation. 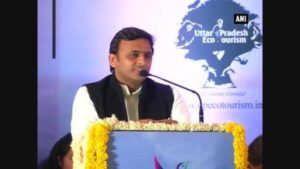 ii. The festival also organized on an exhibition with pictures of 350 birds.
iii. About 40 experts from 26 countries and more than 100 indian experts visited not only the Chambal safari but also Sur Sarovar, Samaan, Patna Bird Sanctuary And Dudhva.
iv. About 200 children from different schools of Agra, Etawaah and Manipur are participating to express their view on extinction of valuable species.
v. The festival focuses on the importance of holding more such festivals in order to encourage bird conservation.
vi. This is the second time that Bah is organizing the festival.
National Chambal Sanctuary
National Chambal Sanctuary is a tri-state protected area of Rajasthan, Madhya Pradesh and Uttar Pradesh in Northern India. It is home to critically endangered gharial, the red-crowned roof turtle and the Ganges river dolphin.

Hailakandi District in Assam becomes first to Pay Wages to Tea workers via Bank Account
i. Hailakandi has become the first district in Assam to pay wages to Tea Garden Workers through individual bank accounts before the December 15 deadline set by the state government for cashless transactions to the plantation workers.
ii. Following demonetisation of Rs 500 and 1000 currency notes from November 9, Assam government had set December 15 as the deadline for cashless transactions to tea plantation workers.
iii. At least 504 workers of Burnie Braes Tea Estate received their wages through bank accounts and the payment was made through five Banking Correspondents (CSPs) of Assam Gramin Vikash Bank.
iv. Such payments were possible due to the effort of district Deputy Commissioner Moloy Bora, who held a series of meetings with bankers, tea garden managements and mobile service providers.

RBI to Issue new Rs. 20 and Rs. 50 notes Soon
i. The Reserve Bank of India  made an announcement on December 4, 2016 that it will shortly issue new Rs 50 and Rs 20 notes bearing the signature of new Governor Urjit Patel, however, existing banknotes of both denominations will continue to be legal tender.
ii. The year ‘2016’ will be printed on the reverse of the banknotes.
iii. The new Rs 50 notes won’t have inset letters in the number panels and the new Rs 20 notes will have the inset letter ‘L’ in both the number panels.
iv. The decision was taken after demonetisation of high-value currency led to the supply of new Rs 500 and Rs 2,000 notes which proved insufficient for meeting the current demand. 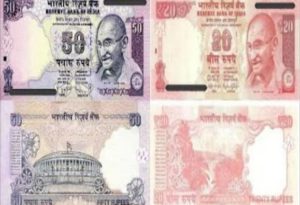 MSS Limit Raised To Rs. 6 Lakh Crore To Manage Liquidity
i. In order to manage the extra liquidity from the system after the demonetisation, government and the Reserve Bank of India has sharply raised the Market Stabilisation Scheme (MSS) ceiling to Rs. 6 lakh crore from Rs. 30,000 crore on December 2, 2016.
ii. MSS Bonds issued by the government are aimed at providing the central bank with a stock of securities to intervene in the market for managing liquidity. Money raised via these bonds are not used for government spending and are sequestered and maintained in a separate account.
iii. The RBI also auctioned the 28-day Cash Management Bills (CMB) of Government of India worth Rs. 20,000 crore using ‘Multiple Price Auction’ method. CMBs will have the generic character of Treasury Bills.
iv. As part of liquidity management exercise, RBI on November 26 asked lenders to temporarily maintain an incremental cash reserve ratio (CRR) of 100 per cent which may be eased after the RBI’s monetary policy review on December 7.
v. CRR is the portion of the deposits banks are required to park with the Reserve Bank. The actual current rate of CRR is 4 per cent.

Hindi poet Leeladhar Jagoori to be honored Gangadhar National Award
i. Eminent Hindi poet Leeladhar Jagoori will be honoured with the prestigious Gangadhar National Award for the year 2015 by the Sambalpur University on the occasion of the foundation day of the University in January 2017.
ii. Jagoori will be the 25th recipient of the the award which carries a cash prize of Rs 50,000, a shawl and a citation. 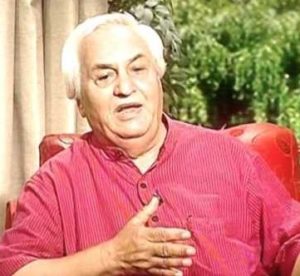 About The Award
The prestigious award was instituted by Sambalpur University in 1989.The award, named after noted Odia poet Gangadhar Meher, is given annually to poets of national repute in Indian languages.
About Leeladhar Jagoori
♦ Leeladhar Jagudi is an Indian teacher, journalist and poet of Hindi literature hailing from Uttarakhand.
♦ He is the recipient of Padmashree award along with many other honours, including Sahitya Akademi Award, Raghuvir Sahay Samman and Shatadal Award.

www.girlsgottaknow.in Website Launched To Educate Indian Women On Their Legal Rights.
i. Tasmania-based Women’s Legal Service in collaboration with TRS Law
Offices, India has launched a website, www.Girlsgottaknow.in, for women in India to educate them about their legal rights.
ii. The project has been supported by the Australian Government. 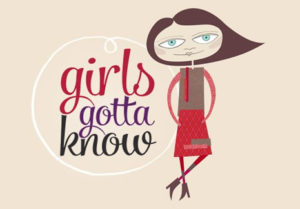 iii. The website has different heads such as Relationship, Employment, Partying and Trouble, Housing and Renting, Employment, Money and others. Under every section a brief description about the situation and legal options available are mentioned.
v. The website will feature information written in both English and Hindi to raise awareness among young Indian women about their legal rights and services available to help them, in an easy to understand, friendly and culturally relevant language, with emphasis on gender equality.
Women’s Legal Service Tasmania
♦  Women’s Legal Service Tasmania is a statewide free community legal service which provides free legal advice to women based out of Tasmania, Australia.
♦  CEO: Susan Fahey
♦  TRS Law Offices : Its is a corporate commercial law firm with its head office in Delhi, specialized in litigation as well as corporate legal work.

World’s First Polluted River Discovered By Scientists
i. Scientists have discovered the world’s first polluted river, contaminated about 7,000 years ago by Neolithic humans who may have been producing copper metals from ores.
ii. Professor Russell Adams from the University of Waterloo in Canada, and colleagues found evidence of early pollution caused by the combustion of copper in the now dry riverbed in the Wadi Faynan region of southern Jordan.
iii. The findings revealed that it was Chalcolithic or Copper Age , when humans began moving from making tools out of stones to making tools out of metal.
iv. These populations were experimenting with fire, experimenting with pottery and experimenting with copper ores, and all three of these components are part of the early production of copper metals from ores.
v. The study pointed that the pollution from thousands of years of copper mining and production must have led to widespread health problems in ancient populations like infertility, malformations and premature death.

PV Sindhu Ranks 7 in BWF World Ranking
i. Olympic silver medallist PV Sindhu, has jumped two places to achieve her career-best ranking of Seven in the latest BWF World Ranking. Sindhu, has a total of 68,699 ranking points.
ii. She won China Open and reached the finals at the Hong Open. She has also qualified for the Dubai Super Series Final.
iii. Former World Number one player Saina Nehwal who is on a comeback trail after recovering from a serious injury, improved to World Number 10 after slipping five places to 11th place last week.
BWF World Ranking
♦  The BWF World Ranking is the official ranking of the Badminton World Federation for badminton players who participate in tournaments sanctioned by Badminton World Federation. It is used to determine the qualification for the World Championships and Summer Olympic Games as well as Super Series tournaments.

ii. With this victory, India clinched their sixth Asia Cup title.
iii. Batting first, India scored 121/5, Mithali Raj scored 73 runs and remained not out till the end with seven fours and a six and scored her 10th T20 fifty to remain unbeaten on 73 off 65 balls.
iv. Chasing a 122-run target, Pakistan could score only 104/6 in their stipulated 20 overs. Captain and Skipper Bismah Maroof was the top scorer for her team scoring 25 off 26 balls with the help of two boundaries.
v. Mithali Raj was named the player of the match as well as the player of the series for ending the tournament with 220 runs in four innings and ending up as the tournament’s top run-getter.
vi. India ended the league stage of the tournament as toppers on 10 points after winning all their five matches.

Indian Golfer Mukesh Kumar Wins Asian Tour Title
i. Indian Golfer Mukesh Kumar became the oldest golfer to win an Asian Tour title on December 4, 2016 at Delhi Golf Club (DGC) after winning the Panasonic Open India.
ii. The 51-year-old Mukesh, who has won 123 PGTI titles, scored two-under 70 in the final round which made his total to 10-under 206 to claim the trophy.
Top 5 Players on the Leaderboard

iv. Jyoti Randhawa and Rashid Khan shared the second position with four-under 68 in the final round.
v. Honey Baisoya took the sole fifth spot with a five-under 67 in the final round which left him with a total of seven-under 209.

Navy Day Celebrated Across the Country
i. The 45th Navy Day was observed on 4 December 2016. The day is observed every year to celebrate the magnificence, achievements and role of the naval force to the country. 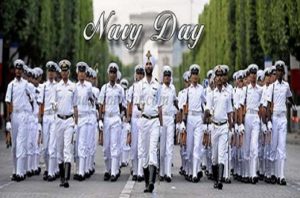 ii. President Pranab Mukherjee and Prime Minister Narendra Modi extended their greetings and felicitations to all members of the Indian Navy and their families on this occasion.
iii. Indian navy is the naval branch of the India’s armed forces which is led by the President of India as a Commander-in-Chief of the Indian Navy. The Maratha emperor, Chhatarpati Shivaji Bhosle of the 17th century is considered as “Father of the Indian Navy”.
iv. Navy Day in India is celebrated to commemorate the courageous attack on the Karachi harbor during the Indo-Pakistan war on December 4, 1971 by the Indian Naval Missile boats as well as to pay respect to all the martyrs of that war.