We are here for you to provide the important current affairs August 7 2018 which have unique updates of all daily events from all newspapers such as The Hindu, The Economic Times, PIB, Times of India, India Today, Indian Express, Business Standard, all Government official websites. Our complete current affairs helps you to get more marks in Banking, insurance, UPSC, SSC, CLAT, Railway and all other competitive Exams. Objective:
Aimed at speeding up pre construction processes relating to bidding and land acquisition respectively.
Key Points:
Through the initiatives the ministry would focus to reduce construction costs while enhancing quality.
About BIMS:
i. The portal will work as a data base of information about bidders, covering basic details, civil works experience, cash accruals and network, annual turnover etc.
ii. It will streamline the process of pre-qualification of bidders by analyzing data already stored in the portal.
iii. BIMS will be used by all the project implementation agencies of the Ministry for maintenance and evaluation of technical information of civil works.
iv. The bidders would be responsible for ensuring that their latest details are available on the BIMS portal.
v.The BIMS portal will be operated with Central Public Procurement Portal (CPPP) for invitation of bids for civil works for EPC mode.
vi. This will thus reduce the procurement time for projects through online evaluation system .
About Bhoomi Rashi:
i. It is a portal developed by MoRTH and NIC.
ii. It comprises the entire revenue data of the country, right down to 6.4 lakh villages.
iii. It is being fully utilized for issuing the notifications. This reduced the time taken for approval and publication of notifications pertaining to land acquisition.
About Public Financial Management System (PFMS) and Bhoomi Rashi linkage:
This will facilitate payment related to compensation for land acquisition to all the beneficiaries directly through the Bhoomi Rashi system.
Other Announcements:
i. Shri Gadkari also announced the institution of Annual Awards for Excellence in National Highways Projects from 2018 onwards.
ii. This would recognize concessionaires and contractors who are performing exceptionally.
iii. It would have 5 categories of Awards. They are :

iv. The winners would be announced on the Good Governance Day on 25th December, 2018. 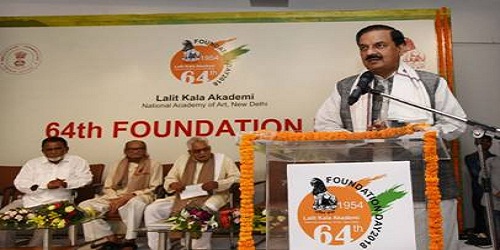 Events of the Ceremony:
i. Dr. Mahesh Sharma released the logo of the 12th Triennale India which is scheduled to be organised by the Akademi in December 2018.
ii. A book on eminent artist Ganesh Pyne– “A Painter of Eloquent Silence” written by Pranav Ranjan Ray was launched.
iii. A demonstration of clay modelling named ‘AAO..MITTI ME KHELE…’was organised by the Akademi at Dr. Rajendra Prasad Sarvodaya Vidyalaya situated at the President Estate.
iv. The objective of the workshop was to inculcate creativity in the children.
Ministry of Culture:
Minister of State: Mahesh Sharma.

iii. The Commission would not encroach upon rights of state governments as they would have their own backward class commissions.
iv. It would only report and recommend the Centre.
v. The bill was passed after the House repealed the National Commission for Backward Classes Act, 1993.
Background:
The NCBC, a statutory body created in 1993, was given limited powers only to recommend to the government inclusion or exclusion of a community in the central list of OBCs.

iv. The cabinet has also formulated several measures for the speedy investigation and trial of rape cases. It has also given a 6 month time limit for disposal of appeals in rape cases.
v. Also, fast-track special courts will be established to exclusively handle rape cases, as per the bill.
vi. Also, only a woman judge will hear the rape case and a woman police officer will record the statement of rape victims.
About Lok Sabha:
♦ Leader of the House – Narendra Modi
♦ Speaker – Sumitra Mahajan

NGT constituted a committee to monitor Ganga rejuvenation project; headed by a former Allahabad High Court judge
On 6th August 2018, the National Green Tribunal (NGT), constituted a committee, to be headed by a former Allahabad High Court judge, to monitor the rejuvenation project of Ganga from Haridwar to Unnao in Uttar Pradesh.
Committee to monitor Ganga rejuvenation project:
i. Chief Justice of Allahabad High Court will nominate a former judge of Allahabad High Court to head the committee.
ii. The committee will also have the following experts: one from Central Pollution Control Board (CPCB), one from the Ministry of Forests, Environment and Climate Change, one from the National Mission for Clean Ganga (NMCG) and one from the Indian Institute of Technology (IIT).
iii. The committee will assume charge within a month’s time. The committee would function from Kanpur.
iv. However, the members can participate from the place they consider appropriate.
v. National Mission for Clean Ganga (NMCG) will be the nodal agency to coordinate with the committee. It will coordinate and provide inputs to the panel.
vi. NMCG has been asked prepare an action plan for the stretch starting from Unnao to Bay of Bengal within 4 months.
vii. The committee has been asked to submit quarterly reports about the progress it has made.
About National Green Tribunal:
♦ Chairperson – Justice Adarsh Kumar Goel
♦ Location – New Delhi 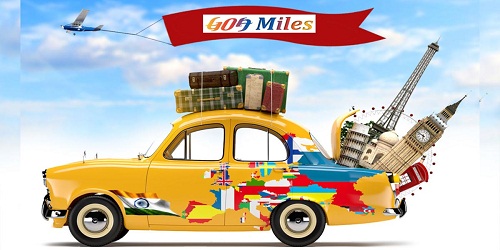 Andhra govt and Holytech sign MoU on setting up electronics manufacturing plant
On August 7, 2018, Andhra Pradesh Government signed an MoU with electronics company Holytech.
i. Under this MoU, Holytech will set up its plant in 75 acres land in Tirupati and Chittoor districts.
ii. It will have cost of Rs. 1400 crores.
iii. This would be the first-of-its-kind facility in India.
iv. It will create 6000 direct and indirect job opportunities.
v. The production of the facility is estimated to begin in the first quarter of 2019.
About Holytech:
The electronics company manufactures thin film transistors, touch screen modules, flexible printed circuits and fingerprint sensors. 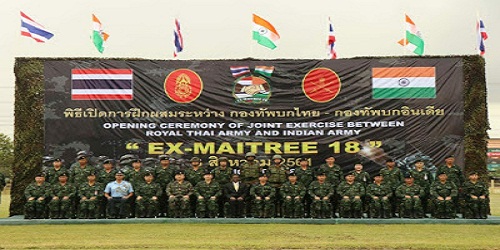 i. The exercise will comprise of

ii. From the Indian Army contingent, 45 personnel  are taking part in it.
About MAITREE:
♦ It is an annual reciprocal training event.
♦ Earlier it took place in Bakloh, Himachal Pradesh  in 2017.

ISRO’S 5700kg GSAT-11 satellite the heaviest one will launch from French Guiana’sspaceport in November 30,2018.
On August 7, 2018, ISRO announced that it would launch the heaviest communication satellite GSAT -11 from French Guiana onNovember 30, 2018.
i. This satellite weighs over 5.7 tonnes or 5700 kg .
ii. It will be launched from the European spaceport Arianespace.
iii. This will help in increasing internet speed of the country of 14 gigabit per second data transfer speed.
iv. It will provide multi-spot beam coverage over the Indian mainland and nearby islands.
Arianespace:
♦ Headquarters: France.
♦ Founded: 1980. The current top-10 ATP rankings are given below:

ii. Germany, England, Spain, New Zealand and Ireland are the other teams in the top 10.
iii. Malaysia is the second best Asian team at 12th position. It is followed by Pakistan and Korea.
iv. In the women’s rankings, the Indian team improved one spot to and reached 9th position.
v. The Indian women’s team is ranked the highest in Asia. It is followed by Korea (10th), China (11th) and Japan (14th).
vi. Netherlands remained in the top position of women’s FIH rankings. It is followed by England, Australia, Argentina and Germany. The Irish team, which reached the final of the World Cup, improved eight places and reached the 8th spot.
About FIH (Fédération Internationale de Hockey or International Hockey Federation):
♦ President – Narinder Dhruv Batra
♦ Headquarters – Lausanne, Switzerland

WAFF(West Asian Football Federation Cup) Under16 2018 title: Indian team won the title by defeating Iraq
i.Under-16 team of India defeated Iraq by 1-0,held in Amman, Jordon.
ii.The sole goal in the Under 16 team was given by Bhuvenesh .
iii.This win goes down in history Since,India had won for the first time against Iraq in any football format and in any age group.
iv.India had struggled against the same opponent last year, with the match ending in a draw. i. Rajinder Kumar Dhawan was 81 years old. He was personal secretary to Indira Gandhi when she was Prime Minister of India from 1962 to 1984.
ii. He was elected to Rajya Sabha in 1990. He was also a member of the Congress Working Committee.
iii. He was made minister of state (independent charge) Housing and Urban Development during 1995-1996.