We are here for you to provide the important current affairs August 28 2018 which have unique updates of all daily events from all newspapers such as The Hindu, The Economic Times, PIB, Times of India, India Today, Indian Express, Business Standard, all Government official websites. Our complete current affairs helps you to get more marks in Banking, insurance, UPSC, SSC, CLAT, Railway and all other competitive Exams. 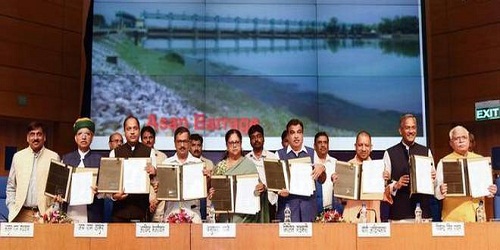 The total project is worth Rs 3,966.51 crore.
Objective:
To deal with water crisis.
Key Points:
About the state’s participation:
i. The 6 states are: Uttar Pradesh, Rajasthan , Uttarakhand, Himachal Pradesh, Haryana and Delhi.
ii. 90 per cent of the project will be funded by the Centre while the remaining amount will be paid by the six states.
iii. Out of this, 1388.28 crore rupees will be borne totally by the Uttarakhand government. It would also get the benefit of total power generation once the project is complete.
About the Project:
i. Under the agreement, the 204-metres high project will be constructed near Uttarakhand’s Lohari village with live storage capacity of 330.66 million cubic metres (MCM).
ii. This would conserve and utilise the monsoon flows of the Yamuna thus creating storage facilities in the upper Yamuna basin to deal with the water crisis between January and June.
iii. It will also provide:

About the Basin states:
Upper Yamuna refers to the stretch of River Yamuna from its origin to the Okhla Barrage in Delhi. The six Upper Yamuna Basin states had signed a MoU on 12th May 1994 regarding allocation of surface flow of River Yamuna.
Background:
Lakhwar will be the third such major project after Renukaji and Kishau multi-purpose projects which will take care of future drinking water needs of Delhi.

Government announces regulations for safe commercial usage of drones
ON August 28, 2018, the Union Minister of Civil Aviation Shri Suresh Prabhu announced the Drone Regulations 1.0. These regulations will enable the safe, commercial usage of drones starting December 1, 2018.
Highlights of the Regulation 1.0:
i. They are intended to enable visual line-of-sight daytime-only and a maximum of 400 ft altitude operations.
ii. According to the regulation, Air space has been partitioned into Red Zone (flying not permitted), Yellow Zone (controlled airspace), and Green Zone (automatic permission).
iii. Introduction of the Digital Sky Platform , the first-of-its-kind national unmanned traffic management (UTM) platform that implements “no permission, no takeoff” (NPNT). Users will be required to do a one-time registration of their drones, pilots and owners.
iv. Further, the Drone Task Force under the chairmanship of the Minister of State Shri Jayant  Sinha has been set up. This will provide draft recommendations for Drone Regulations 2.0. MoU has been signed between the Ministry of Skill Development and Entrepreneurship and the Ministry of Health and Family Welfare where one lakh ‘Aa rogya Mitras’ will be trained by Skill India.
Other announcements in the event:
i. He further announced that 29 States and Union Territories (UTs) signed the Memorandum of Understanding (MoU) for the implementation of the scheme.
ii. The pilot project has started in 16 States and UTs and others will follow before the pan India launch.
iii. He also launched the  Data Privacy and Information Security Policy and Anti-fraud Guidelines to capture fake websites.
iv. 94 controls set at various levels for secure handling of sensitive personal data has been made by the National Health Agency Information Security and Data Privacy.
v. For identification of beneficiaries of the Ayushman Bharat scheme, letters will be sent to every family having a QR code.
vi. 85 percent of rural families and 60 percent of urban families have been identified so far under the scheme.
vii. Services including more than 1,300 procedures covering pre and post hospitalisation, diagnostics, medicines among others would be provided.
viii. Three days ahead of admission and 15 day after discharge, people will be given free medicines, diagnostics and all others.
About Ayushman Bharat:
Ayushman Bharat – National Health Protection Mission is a scheme that was announced by the Union Minister for Finance and Corporate Affairs, Shri Arun Jaitely while presenting the General Budget 2018-19  will cover over 10 crore poor and vulnerable families (approximately 50 crorebeneficiaries) providing coverage upto 5 lakh rupees per family per year for secondary and tertiary care hospitalization.

Corporate sports policy for CPSEs under Steel Ministry to provide support for sports
On August 28, 2018, Union Minister of Steel, Chaudhary Birender Singh, unveiled the corporate sports policy for Central Public Sector Enterprises (CPSEs) under the Ministry of Steel.
Objective:
It would provide a framework for promotion of sports by Steel Ministry CPSEs.
Key Points:
i. All the Steel Ministry CPSEs will form an Apex Sports Body affiliated to National Level Sports Associations and Federations, Indian Olympic Association (IOA) and Para Olympic Federation and Association.
ii. Maharatna and Navaratna CPSEs may set up Sports Academy in at least one of the identified sports discipline and maintain infrastructure.
iii. According to this, the CPSEs under Steel Ministry would groom medal aspirants for the Olympic Games in particular for the Olympic Games being held in 2024.
iv. It would be done by infrastructural and institutional support for talent spotting, scholarships, training and coaching.
v. They will allocate a specific budget for sports activities, separate from the company’s CSR funds.
vi. They will encourage rural sports, sports for differently-abled and activities for homemakers by sponsoring annual and periodic sporting eventsand sponsor national and international sporting events. Key Points:
i. EU and the Department of Biotechnology (DBT), Government of India, have committed EUR 15 million each to fund for this cause through “Horizon 2020” programme.
ii. The projects require 3 applicants from both 3 European member states and India respectively.
iii. The call will be open till 16th April 2019 to allow applicants from other countries to join the EU-India consortia.
iv. The first information event was held in New Delhi on 27th August 2018. 100 applicants both from India and Europe participated in it.
v. In order to create awareness about the research programme, the next information sessions will be held in Hyderabad on 30thAugust, in Bangalore on 24th September and in Pune on 28th September 2018.
About European Union (EU):
♦ Member states – 28
♦ Official languages – 24
♦ Ambassador of the European Union to India – H.E. Mr Tomasz Kozlowski 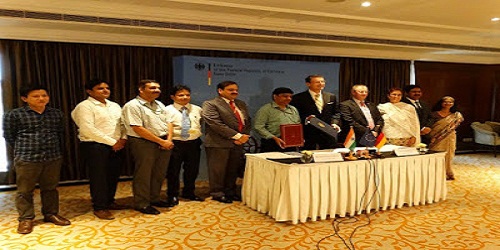 i. The agreement was signed in the presence of Prasar Bharati CEO, Shashi Shekhar Vempati and Editor-in-chief and MD, Mizzima
ii. This would include culture, entertainment, education, science, news and sports along with other areas of mutual interest.
iii. Also media exchange will take place in News and cultural contents.

World’s smallest medical robot sets Guinness record
Scientists have made a new Guinness World Record by developing the world’s smallest medical robot.
i. The robot is only 120 nanometres in size. It would help in cancer and Alzheimer’s treatments in the future.
ii. The series of nanorobots was created by Soutik Betal in the United States. Nanocomposite particles remotely controlled by electromagnetic field have been developed. They function like tiny robots and interact with biological cells. 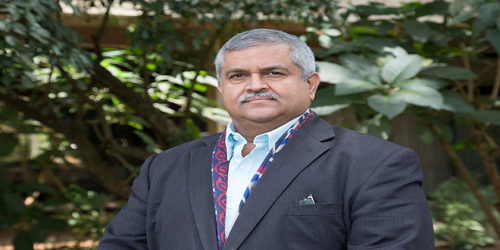 i. This appointment was made by UN (United Nations) Chief António Guterres. Satya S Tripathi will succeed Elliott Harris of Trinidad and Tobago.
ii. Since 2017, Satya S Tripathi has served as Senior Adviser on the 2030 Agenda for Sustainable Development at UNEP. He has worked for the UN since 1998.

New technique developed to detect early-stage cancer tumour cells in blood
Australian researchers have announced that they have developed a new technique to detect early-stage cancer tumour cells in the blood through malaria protein VAR2CSA.
i . In this method malaria protein VAR2CSA sticks to cancer cells and helps detect more number of cancer cells than before. This will help in detecting cancer at early stage.
ii. The findings were published in the journal ‘Nature Communications’. Researchers from the University of New South Wales (UNSW), Sydney and the University of Copenhagen were involved in this research. Manu Ginobili, four-time NBA champion with San Antonio Spurs, retires at 41 (basketball)
On 27th 2018, Manu Ginobili, Argentine basketball player, announced his retirement from basketball.
Retirement of Manu Ginobili:
i. Manu Ginobili is 41 years old.Ginobili helped the Spurs win NBA titles in 2003, 2005, 2007 and 2014.He also was a gold medalist with Argentina in 2004 and won EuroLeague Finals most valuable player honors in 2001.
ii. He has played in 23 seasons in his professional career. He was a two-time All-Star and was the league’s Sixth Man of the Year for the 2007-08 season.
About NBA (National Basketball Association):
Type – men’s professional basketball league in North America
Headquarters – New York City