We are here for you to provide the important current affairs August 2 2018 which have unique updates of all daily events from all newspapers such as The Hindu, The Economic Times, PIB, Times of India, India Today, Indian Express, Business Standard, all Government official websites. Our complete current affairs helps you to get more marks in Banking, insurance, UPSC, SSC, CLAT, Railway and all other competitive Exams. 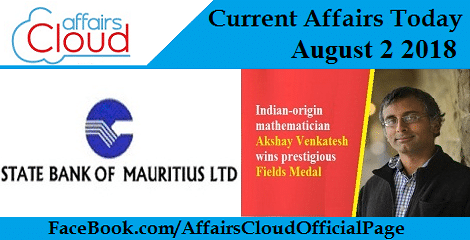 Assam releases final NRC draft, 40 lakh declared ‘illegal citizens’ of India
On July 31, 2018,Assam government released its final draft of National Registry of Citizens of Assam.
i. According to the release, Out of 3,29,91,384 (3.29 crore) total applicants, 2,89,83,677 (2.9 crore) people have been found eligible to be included in the National Register of Citizens,
ii. 40.07 lakh  who have not made their name to the list have been declared ‘illegal immigrants’.
iii. However, there won’t be any deportation based of the final draft………………………………..Click here to Read more

‘State Energy Efficiency Preparedness Index’ released by BEE and AEEE
On August 2, 2018, Bureau of Energy Efficiency (BEE) and Alliance for an Energy Efficient Economy (AEEE) released the ‘State Energy Efficiency Preparedness Index’.
It was launched by Mr. A.K. Bhalla, Secretary, Ministry of Power; Dr Ajay Mathur, DG, TERIin the presence of senior officials from the Ministry and BEE.
Objective:
To create awareness and also to develop an action plan for energy conservation initiatives
Key Points:
i. It is a joint effort of the NITI Aayog and BEE.
ii. It assesses state policies and programmes aimed at improving energy efficiency across various sectors.
iii. A set of Energy Conversation Guidelines for energy intensive industries that are covered under the Government’s Perform Achieve and Trade (PAT) scheme was released.
About the Index:
i. The State Energy Efficiency Preparedness Index comprises 63 qualitative, quantitative, outcome-based indicators to assess energy efficiency initiatives, programmes and outcomes in 5 sectors, i.e. Buildings, Industry, Municipalities, Transport, Agriculture, and Distribution Companies (DISCOMs).
ii. States are categorised based on their efforts as ‘Front Runner’, ‘Achiever’, ‘Contender’ and ‘Aspirant’.
iii. The data for calculating the efforts of the states were collected from state departments with the help of State Designated Agencies (SDAs) nominated by the BEE.
iv. AEEE also also collected information from various central government sources such as: Central Electricity Authority (CEA) General Review; Ministry of Road Transport and Highways (MoRTH) etc.
v. According to the findings, most states have implemented national programmes designed by BEE and EESL but the  ‘Front Runner’ and ‘Achiever’ states have several individual initiatives.
The Index goes as follows:

vi. No Data was received  from Jammu & Kashmir, Manipur and Goa.
About PAT:
i. Perform Achieve and Trade (PAT) scheme is a flagship scheme of Government of India to improve energy efficiency of large energy consuming industries.
ii. As a part of Indo-Japan Energy Dialogue, Energy Conservation Centre of Japan (ECCJ) and Bureau of Energy Efficiency (BEE) have developed Energy Conservation Guidelines for energy intensive industries covering both large as well as MSMEs. 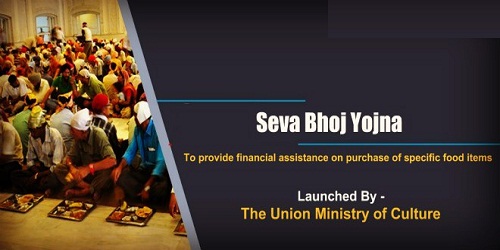 Total outlay of the scheme is Rs. 325.00 Crores for financial years 2018-19 and 2019-20.
Objective:
To reimburse the CGST and IGST to Religious  /  Charitable  Institutions who provide Food free of cost without any discrimination to Public/Devotees.
Key Points:
Eligibility:
i. Institutions such as Temples, Gurudwara, Mosque, Church, Dharmik Ashram, Dargah, Matth, Monasteries etc.  existing for at least Three years before applying for financial assistance/grant.
ii. Those who serve free food to at least 5000 people in a month.
iii.  Institutions coming under: section 10 (23BBA) of the Income Tax Act, 1961, 12AA of the Income Tax Act, 1961, section 8 of the Companies Act, 2013 or section 25 of the Companies Act, 1956, Societies Registration Act, 1860.
How it will work:
i. Religious / Charitable Institution shall first register with Darpan Portal of NITI Aayog and get Unique ID.
ii. Then the institution shall enroll itself in CSMS Portal (http://csms.nic.in/login/sevabhoj.php )  on the Ministry of Culture’s website.
iii. Then they shall apply “online” in the prescribed application form and upload required documents as listed below in CSMS Portal of Ministry of Culture’s website( www.indiaculture.nic.in)
Ministry of Culture:
Minister of State (I/C): Mahesh Sharma. 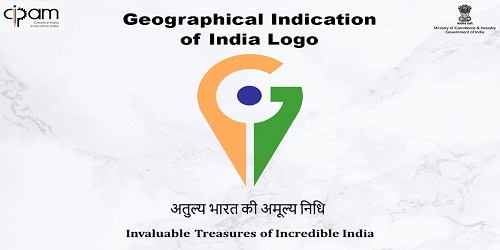 Objective:
To create awareness about Intellectual Property Rights (IPRs)
Key Points:
i. The ministry had launched a contest for designing a logo and tagline for GIs. The slogan for the GI tag is: Invaluable Treasures of Incredible India.
ii. A GI tag on a product conveys an assurance of quality and distinctiveness relating to the place of origin.
iii. Some of the GI tagged products are: Darjeeling Tea, Tirupathi Laddu, Kangra Paintings, Nagpur Orange and Kashmir Pashmina.
About GI:
A Geographical Indication (GI) product is primarily an agricultural, natural or a manufactured product (handicraft and industrial goods) originating from a definite geographical territory.

Rs 722 cr sanctioned for 8 water projects in Haryana by NABARD
On August 2, 2018, NABARD sanctioned Rs 722 crore for eight water projects in the rural areas of Haryana.
i. These projects will supply water to 256 villages and 72 hamlets.
ii. Additionally, the state government has sent three more project proposals, costing Rs 236.85 crore, to NABARD for financial assistance.
iii. They would supply water to 109 villages and nine hamlets.
Achievements of Haryana on water supply projects:
i. 9 plans have been approved at an estimated cost of Rs 72.10 crore by the National Capital Region Planning Board for mordenizing sewerage syatem in urban areas.
ii. 1,200 to 1,300 Million Litres per Day (MLD) of water was being treated in the state sewerage treatment plants (STPs) out of which only 30 to 50 MLD water was being reused.
Haryana:
♦ Chief Minister: Manohar Lal Khattar.
♦ Governor: Kaptan Singh Solanki.
♦ Capital: Chandigarh.
♦ National Parks: Kalesar National Park, Sultanpur National Park.

MSME launches Mission Solar Charkha for implementation of 50 Solar Charkha Clusters across India
The Ministry of Micro, Small and Medium Enterprises (MSME) has launched Mission Solar Charkha for implementation of50 Solar Charkha Clusters throughout India.
Mission Solar Charkha:
i. The budget for this mission is: Rs 550 crore for 2018-19 and 2019-20. The Solar Charkha Units have been classified as village industries.
ii. This scheme will offer direct employment to around 1 lakh people. This Mission was launched by President Ram Nath Kovind on the UN Small and Medium-sized Enterprises Day (27th June 2018).
iii. The MSME Ministry is also carrying out a project to set up 15 new Tool Rooms and Technology Development Centres and upgrade the 18 existing centres in India. This will be done at an estimated cost of Rs.2200 crore including World Bank Loan of USD 200 Million. 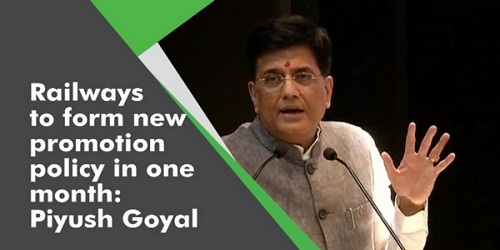 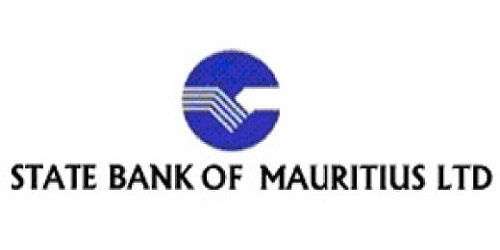 It is the first such bank to get such approval.
i. The bank will operate as a subsidiary to SBM group that has been operational since 1994.
ii. Currently it has 4 operational branches in Mumbai, Chennai, Hyderabad and Ramachandrapuram.
iii. It would expand its operation by opening 6 new branches in Kolkata, Delhi, Bangalore, Pune, Ahmedabad and Jaipur by 2019.
Other Announcements:
i. Singapore’s DBS bank is another bank who is waiting for RBI’s approval to operate by converting its 12 branches as a wholly owned subsidiary. 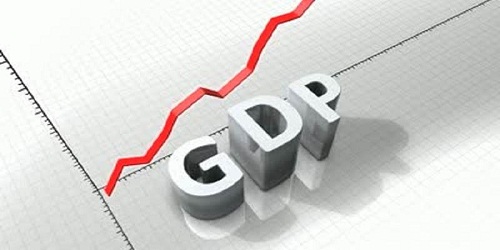 India’s GDP growth to rise to 7.5% this fiscal: Morgan Stanley:
i. Morgan Stanley said that, India’s GDP is expected to grow by 7.5 % in this financial year 2018-19 as against 6.7 % in 2017-18.
ii. Morgan Stanley’s report forecasts Consumer Price Index (CPI) inflation to remain above the inflation target of 4 % and the current account deficit below 2.5 % of GDP.
iii. Morgan Stanley stated that, the growth recovery will remain robust. It will initially  be supported by consumption and exports.
iv. In the January-March quarter, India’s GDP grew at the fastest pace in seven quarters at 7.7 %. It would pick up more in the April-June period.
v. The report stated that regarding inflation, risks could be expected from a weak monsoon and implementation of the minimum support price increase.
vi. The report said that, the risks to this growth outlook could emerge from slower global growth or a rise in trade tensions affecting external demand.
About Morgan Stanley:
♦ Chairman & CEO – James P. Gorman
♦ Headquarters – New York, United States

NHAI to Sign MoU with SBI for a long term, unsecured loan of Rs 25,000 Crore
National Highways Authority of India (NHAI) is getting an unsecured loan of Rs 25,000 crore from State Bank of India (SBI) for 10 years with 3 years of moratorium on repayments.
NHAI to Sign MoU with SBI:
i. This is the largest amount of loan that has been sanctioned to NHAI in one shot. Also, this is the largest long term unsecured loan sanctioned by SBI at a time to any entity.
ii. An MoU regarding this will be signed by SBI and NHAI on 3rd August 2018, in New Delhi.
iii. This loan is unsecured. There is no principal repayment liability for the first 3 years. After 3 years, the repayment will be done in 14 equal half yearly instalments.
iv. The total loan tenure is 10 years. NHAI can repay or prepay it at any time without any prepayment penalty.
v. The total amount of Rs 25000 Crore will be disbursed within 31st March 2019. Rate of interest will be based on 1 month MCLR (Marginal Cost of funds based Lending rate).
vi. Interest accrued on the amount actually outstanding will be paid on monthly basis. NHAI can draw the amount in any number of tranches, latest by 31st March 2019.
About NHAI (National Highways Authority of India):
♦ Chairman – Yudhvir Singh Malik
♦ Headquarters – New Delhi iii. Akshay Venkatesh is 36 years old. He was born in New Delhi. At present, he is teaching at Stanford University. He has been awarded the Fields Medal for his contribution to a wide range of subjects in mathematics.
iv. He has also received the Ostrowski Prize, the Infosys Prize, the Salem Prize and Sastra Ramanujan Prize.
v. All four winners of the Fields medal were awarded 15,000 Canadian-dollar cash prize.
vi. The Fields medals are awarded every four years. Eminent mathematicians under the age of 40 are awarded.
vii. Fields medal was inaugurated in 1932 at the request of Canadian mathematician John Charles Fields.