We are here for you to provide the important current affairs of August 15 2017 which have unique updates of all daily events from all newspapers such as The Hindu, The Economic Times, PIB, Times of India, India Today, Indian Express, Business Standard, all Government official websites. Our complete current affairs helps you to get more marks in Banking, insurance, UPSC, SSC, CLAT, Railway and all other competitive Exams. 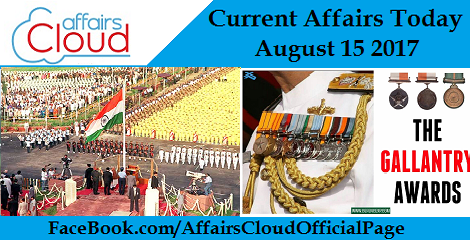 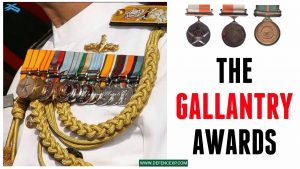 India deploying Israeli fence systems at Pakistan, Bangladesh borders
India is deploying along its volatile border with Pakistan a smart Israel-developed fencing systemwhich is having a ‘quick response team’ mechanism that strikes when the CCTV-powered control room detects an infiltration attempt.

Key Points:
i.The BSF is implementing a project called the comprehensive integrated border management system (CIBMS).
ii.It is a part of the NarendraModi government’splan to completely seal the Indo-Pak and India-Bangladesh borders in the next few years.
iii.The new equipment and technologies will be integrated and a feed, from CCTV cameras, will go to the border out post where there is a monitor installed.
iv.BSF now, have software’s which are in a position to detect any change in the scenario and create an alarm.
v.Once get the alarm, it will zoom the night vision cameras on that and come to know what is happening, it will be able to neutralise the threat.
vi.This new system will be more effective than the existing system and we will have multi-layered security systems. If one fails, then the second system will detect it. 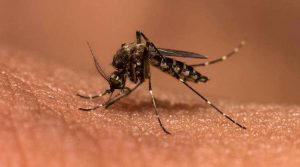 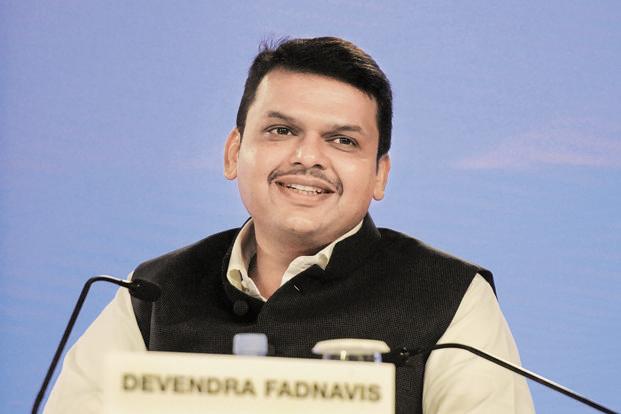 The Chief Minister of Maharashtra, Devendra Fadnavis has launched Namo Yuva Rojgar Kendra on 14 August 2017.
Key Notes:
i.Namo Yuva Rojgar Kendra is an initiative on the part of the state government to provide job opportunities to the unemployed youth in Mumbai.
ii.Under the programme, there will be various schemes including farmer’s weekly market, farmer’s mobile market and mother’s tiffin.
iii.Under this Yuva Rojgar Kendra, Mumbaikars can get fresh and healthy food, as well as farm, produce procured directly from farmers.
iv.These products will be made available with the help of mobile vans all over Mumbai and the information about the location of the vans is made available through an app.
v.BJP’s state president Raosaheb Danve, Mumbai president Ashish Shelar, Agriculture minister for state Sadabhau Khot were also present on the occasion.

INDIA – ASEAN Youth Summit begins in Bhopal
The India-Asean YouthSummitis begun in Bhopal. It is a 5 day long summit. The main focus is to bring the participants to work for eradication of terrorism, poverty and drug menace.
Key Points:
i.The summit with the theme – “Shared Values, Common Destiny” – has been jointly organised by the Ministry of External Affairs, India Foundation and the state government. 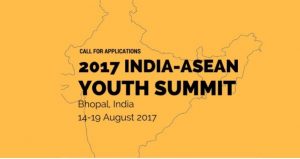 Govt slaps $264 mn penalty on RIL, BP
The government has imposed a penalty of USD 264 million (about Rs 1,700 crore) on Reliance Industries Ltd and its partners. The penalty has been imposed for producing less than the targeted natural gas from eastern offshore KG-D6 fields in 2015-16.
Key Notes:
i.Gas production from Dhirubhai-1 and 3 gas field in the eastern offshore KG-D6 block was supposed to be 80 million standard cubic meters per day but actual production was only

(c) 9.77 mmscmd in 2013-14
ii.The output has continued to drop in the subsequent years and is now below 4 mmscmd.
iii.The Production Sharing Contract (PSC) allows RIL and its partners BP Plc of the UK and CanadasNiko Resources to deduct all capital and operating expenses from the sale of gas before sharing profit with the government.
iv.According to the oil ministry, the total penalty now, which is in the form of disallowing recovery of cost incurred for missing the target during six years beginning 1st April 2010 stands at USD 3.02 billion.
v.Disallowing costs will result in governments profit share rising.
vi.The government has claimed an additional USD 175 million as its profit share after the cost disallowance.
vii.From April 2016 to date, the gas price has been less than USD 4.2 and no deposits were made to the gas pool account.
viii.RIL holds 60% interest in block KG-DWN-98/3 or KG-D6 in Bay of Bengal. BP has 30% and Niko the remaining 10%.

The SBI Foundation will identify and partner with NGOs to carry out CSR initiatives. 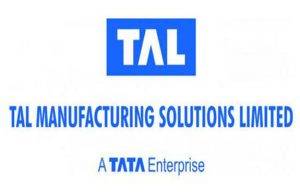 I.V. SubbaRao appointed as Secretary to Vice President
Retired IAS officer I V SubbaRao was appointed secretary to Vice President M Venkaiah Naidu.
Key Points:
i.Rao, a 1979 batch IAS officer of Andhra Pradesh cadre, retired from service as special chief secretary last year.
ii.He held several important posts in Andhra Pradesh and later served the UNESCO.
iii.NYuvaraj, AP cadre IAS officer of 2006 batch, will be the private secretary to Naidu.
iv.Yuvaraj was till now PS to Venkaiah Naidu when he was the information and broadcasting minister.
v.Satya Kumar, a non-official who has been working with Naidu for many years, will be Officer on Special Duty (OSD) to the vice president.

Tata Motorshas announced the appointment of P B Balaji as the new Chief Financial Officer on 13th of August 2017.
Key Points:
i.Balaji is a global finance professional with over two decades of experience in the corporate sector.
ii.He has been appointed to drive financial performance and investment decisions across the different entities.
iii.He started his career with Unilever in 1995 and worked in different corporate finance roles across Asian markets, Switzerland, UK and India.
iv.Since 2014, he has been heading the finance function as the Chief Financial Officer of Hindustan Unilever, a USD six billion enterprise.
v.Prior to that, he was the Chief Accountant of the Unilever Group in London.
vi.Balaji is a graduate of Indian Institute of Technology, Chennai and has a post-graduate management degree from Indian Institute of Management, Kolkata.
vii.He will up take up his new assignment in November this year.
About Tata Motors
Tata Motors Limited (formerly TELCO, short for Tata Engineering and Locomotive Company) is an Indian multinational automotive manufacturing company headquartered in Mumbai, India, and a member of the Tata Group.

RCom’s merger with Aircel gets NCLT nod
The National Company Law Tribunal has approved the merger of Reliance Communications (RCom) and Aircel announced on 15th August 2017.
Key Points:
i.The merger will create a more competitive telecom company.
ii.RCom will merge into Aircel and a new entity will be created called Aircom, with both partners having 50% equity stakes.
iii.The new company will have earnings before interest, tax, depreciation and amortisation (Ebitda) of Rs 15,000 crore based on current trends.
iv.The merger could create an entity that might be able to face Jio or it could be an attractive proposition for Jio to buy out eventually.
v.They also have a substantial and diverse spectrum portfolio, with an over 15.3% share of the total spectrum in the country.
About NCLAT
The National Company Law Appellate Tribunal (NCLAT) is a quasi-judicial body in India that adjudicates issues relating to companies in India.The NCLAT was established under the Companies Act 2013 and was constituted on 1 June 2016.

Mairaj-Rashmmi pair bags gold at Asian Shotgun Championship
India finished their campaign at the 7th Asian Shotgun Championship. The pair of Mairaj Ahmad Khan and RashmmiRathore bagged a gold medal in the skeet mixed team event on the concluding day on 13th of august 2017.
Key Points:
i.Mairaj and Rashmmi qualified for the semi-finals in fifth place out of 10 teams. They shot a combined score of 93.
ii.They scored the same as the silver winning Chinese pair, but came second (4-3) in a shoot-off.
iii.The host combination of VladislavMukhamediyev and Olga Panarinahas bagged the bronze medal. 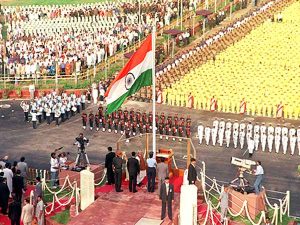 ii.In his speech, PM Modi said the nation needs to come together to lead a “new India”, where there is no casteism, communalism, corruption and terrorism.
iii.He stressed on eradicating corruption from the country and he has also paid his respects to Mahatma Gandhi at Rajghat
Here is how Independence Day was celebrated in other parts of the country:...click here to view more details