We are here for you to provide the important current affairs April 30 2018 which have unique updates of all daily events from all newspapers such as The Hindu, The Economic Times, PIB, Times of India, India Today, Indian Express, Business Standard, all Government official websites. Our complete current affairs helps you to get more marks in Banking, insurance, UPSC, SSC, CLAT, Railway and all other competitive Exams. 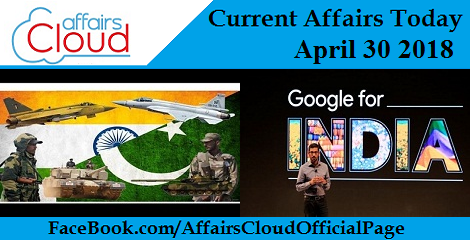 Swachh Bharat Mission launches GOBAR-DHAN to promote wealth and energy from waste
i. On April 30, 2018, Union Minister for Drinking Water and Sanitation, Uma Bharti launched the GOBAR (Galvanizing Organic Bio-Agro Resources) – DHAN scheme at the National Dairy Research Institute (NDRI) in Karnal, Haryana. Ms. Bharti launched this scheme in presence of Haryana Chief Minister, Manohar Lal Khattar.
ii. Under this scheme, bio-gas plants will be set up at individual or community level and also at the level of Self Help Groups and NGOs like Gaushalas………………………………………….Click here to Read More

Govt. launches Pilot scheme Procurement of Aggregate Power of 2500 MW
Central Government has started a Pilot Scheme for Procurement of Aggregate Power of 2500 MW on competitive basis for 3 years from generators with commissioned projects but without Power Purchase Agreement.
Salient features of Pilot Scheme for Procurement of Aggregate Power of 2500 MW:
i. This scheme will revive power demand, which has affected the generators who do not have Power Purchase Agreements.
ii. The allotment will be done through a bidding process and tariff will be fixed for three years, without any escalation.
iii. Maximum allotment to a single entity has been capped at 600 MW.
iv. PFC Consulting Limited, a wholly owned subsidiary of PFC Ltd is the Nodal Agency and PTC India Limited is the Aggregator for this scheme. 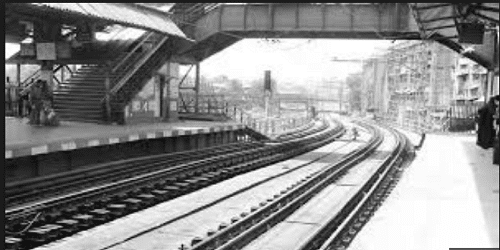 Surat railway station to have ‘airport like’ facilities:
i. Several “airport-like” amenities will be installed at Surat Railway Station under Union Railway Ministry’s ‘Rs 1 lakh crore station redevelopment’ programme.
ii. Estimated cost for redevelopment of Surat Railway Station is Rs 5000 crore. It is expected to be ready by 2020.
iii. Entire project will be overseen by Surat Integrated Transportation Development Corporation Limited (SITCO), a joint venture between the Indian Railway Station Development Corporation (IRSDC), the Surat Municipal Corporation and the Gujarat State Road Transport Corporation (GSRTC).
iv. India’s two world-class Railway stations — Habibganj (in Bhopal, Madhya Pradesh) and Gandhinagar (in Gujarat) — will be ready by the beginning of 2019. More Information about World Hindu Congress (WHC) 2018:
i. The theme of World Hindu Congress 2018 is “Sumantrite Suvikrante” – “think collectively, achieve valiantly”.
ii. It is being organised by World Hindu Foundation to commemorate 125 years of Swami Vivekananda’s historic Chicago address on September 11, 1893.
iii. Tulsi Gabbard, the first Hindu lawmaker in the US Congress has been named Chairperson of WHC 2018.
iv. The event will be attended by Heads of several countries, top corporate leaders, religious leaders and more than 2000 Hindu delegates from over 50 countries.
v. The inaugural World Hindu Congress was held in New Delhi in November 2014. 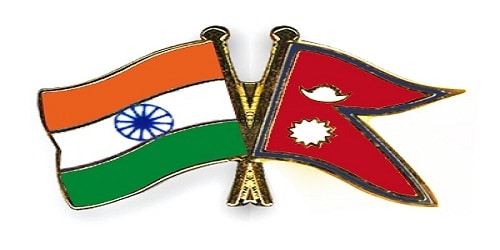 India-Nepal bilateral trade treaty:
i. As per the agreement, a comprehensive review of India-Nepal bilateral trade treaty will be initiated in July 2018.
ii. This treaty was last revised in 2009.
iii. Both countries also agreed to synchronise development of border trade infrastructure, as most of the bilateral trade takes place through land customs stations located along the India-Nepal border.
iv. Amendments to the bilateral Treaty of Transit, signed in 1999, to further facilitate transit movement of Nepal’s trade with third countries were also discussed at this meeting.
Quick Facts about Nepal:
♦ Capital – Kathmandu
♦ Currency – Nepalese Rupee
♦ Current Prime Minister – K P Oli
♦ Neighbouring Countries – India and China 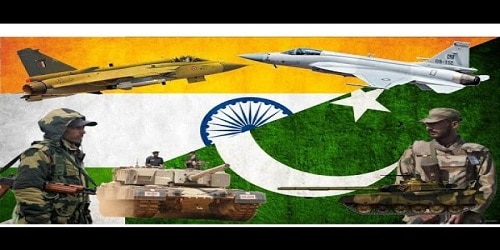 About SCO counter-terror exercise:
i. This multi nation exercise will be conducted under the framework of Shanghai Cooperation Organisation (SCO).
ii. The exercise has been named ‘Peace Mission 2018’ and almost all SCO member countries including China will be a part of this exercise.
iii. Objective of conducting ‘Peace Mission 2018’ is to enhance counter-terror cooperation among the eight SCO member countries.
iv. India’s participation in this military drill was confirmed by Union Defence Minister Nirmala Sitharaman during the recent SCO Defence Ministers’ meeting in Beijing, China.
Quick Facts about Pakistan:
♦ Capital – Islamabad
♦ Currency – Pakistani rupee
♦ Current Prime Minister – Shahid Khaqan Abbasi
♦ Important Rivers – Indus, Jhelum 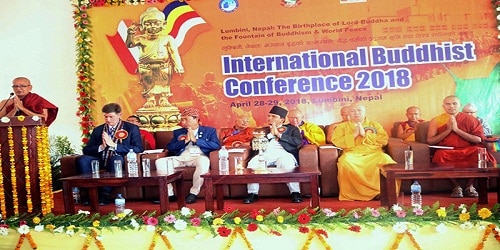 USTR again places India in Priority Watch List
Office of United States Trade Representative (USTR) released 2018 edition of ‘Special 301 Report’. In this report, India has once again been placed in the ‘Priority Watch List’ on account of longstanding challenges in its Intellectual Property (IP) framework and lack of sufficient measurable progress.
About USTR Priority Watch list:
i. Office of the United States Trade Representative(USTR) annually prepares Special 301 Report that identifies countries which do not provide “adequate and effective” protection of intellectual property rights and “fair and equitable market access” to US entities relying on IPR protection.
ii. Those countries where current IPR regulation has serious deficiencies and requires active monitoring are placed in Priority Watchlist under Special Report 301 by the USTR.
iii. As per the USTR report, India has yet to take steps to address longstanding patent issues that affect innovative industries. Besides, potential threat of compulsory licensing and patent revocations, as well as overly broad criteria for issuing such licenses and revocations under the India Patents Act and narrow patentability standards have been identified as problem areas.
iv. Besides India, other countries that have been placed in this year’s ‘Priority Watch List’ are: Algeria, Argentina, Canada, Chile, China, Colombia, Indonesia, Kuwait, Russia, Ukraine, and Venezuela.

India projected to be 2nd fastest growing nation for passenger traffic: ACI
India has been projected as the second fastest growing country in the world for passenger traffic based on traffic forecasts during 2017-40 by the Airports Council International (ACI).
India projected to be 2nd fastest growing nation for passenger traffic:
i. Vietnam has topped the list with a 8.5 per cent growth rate. It is followed by India at 7.5 per cent and Iran at 7.3 per cent.
ii. China occupies 8th position with 5.9 per cent growth rate. ACI has forecasted that by 2022, passenger traffic in emerging economies like India will beat advanced economies.
iii. By 2040, international passenger traffic will reach parity with domestic traffic, which means more people will travel offshore with increased economic activities.
iv. In 2022, passenger traffic in developing economies will reach 5.4 billion, which will be little higher than advanced economies at 5.3 billion.
v. The Asia-Pacific region will have a healthy growth rate. During 2017-40, it will have a passenger traffic growth rate of 38.8 per cent. This will be the fastest in the world.
vi. The growth in Europe will be 26 per cent and in North America it will be 8.4 per cent. The middle east has been referred as the ‘aviation bridge’.
vii. Earlier, ACI ranked Indira Gandhi International Airport in New Delhi at 16th position in the twenty busiest airports in the world list.
viii. Kolkata, Hyderabad, Bengaluru and Chennai were also named the fastest growing airports in the world with year-over-year growth of 26.9 per cent, 19.6 per cent, 12.9 per cent and 10.5 per cent, respectively in 2017.
About Airports Council International (ACI):
♦ Established – 1991
♦ Purpose – global trade body representing airports across the world 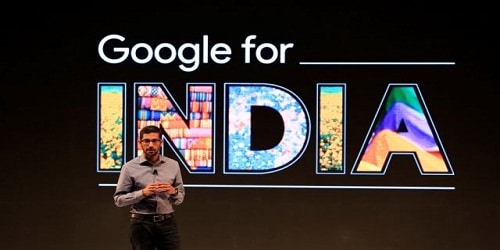 Google is the most trusted Internet brand in India:
i. Facebook has attained the second position on the list. TRA’s Brand Trust Report 2018 has said that, Google features 1.2 trillion searches every year.
ii. The survey was held from November 2017-January 2018. The survey did not take into account the recent reports of data breach in Facebook.
iii. Amazon has ranked third. It is followed by e-Bay in the fourth position. Flipkart has secured 6th position.
iv. Ola has been ranked seventh in the list. Uber has secured fifteenth position.
v. TRA’s Brand Trust Report 2018 report covers 2488 consumer-influencers in 16 cities of India.
About TRA:
♦ Type – Brand Intelligence and Data Insights Company
♦ CEO of TRA Advisory – N. Chandramouli Saudi Aramco appoints first woman to the board:
i. Lynn Laverty Elsenhans is a former chief executive and chairperson of US oil refinery Sunoco. She was named as one of the world’s most powerful women in 2008 by Forbes magazine.
ii. Before joining Sunoco, she was a senior executive at Royal Dutch Shell. She is also on the board of GlaxoSmithKline.
iii. The government of Saudi Arabia has set a goal of raising female participation in the workforce from 22% to 30% by 2030.
About Saudi Aramco (Saudi Arabian Oil Company):
♦ President – Amin H. Nasser
♦ Headquarters – Dhahran, Saudi Arabia 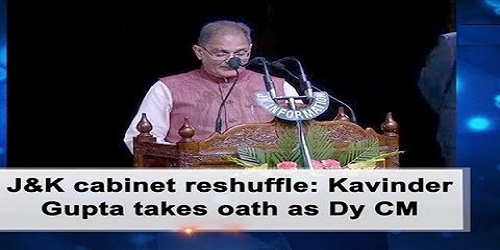 Kavinder Gupta took oath as the Deputy Chief Minister of Jammu and Kashmir:
i. The following persons took charge as ministers of state:

ii. Sunil Kumar Sharma, who was the minister of state for transport, was promoted to the rank of cabinet minister.
iii. On 17th April 2018, BJP had asked all its nine ministers in the Jammu and Kashmir state government to submit their resignations to introduce new faces.
Some museums in Jammu and Kashmir:
♦ Munshi Aziz Bhat Museum of Central Asian and Kargil Trade Artifacts
♦ Dogra Art Museum Uday Kotak redesignated as MD & CEO of Kotak Mahindra Bank:
i. Earlier, Uday Kotak was executive Vice Chairman and Managing Director. He was the only official among private banks to have a Vice Chairman designation. All other private banks have MD & CEO designation.
ii. Kotak Mahindra Bank also informed that Shankar Acharya, part-time Chairman, will retire on 19th July 2018.
iii. Prakash Apte has been appointed as part-time Chairman of the Bank in place of Shankar Acharya. Prakash Apte’s term is till 31stDecember 2020.
Tag lines of some banks:
♦ Andhra bank – Where India banks
♦ Bank of India – Relationship beyond banking
♦ Bank of Baroda – India’s International bank

World’s oldest known spider dies in Australia
Australian researchers have said that, the world’s oldest known spider named “Number 16” has died at the age of 43 in Australia.
World’s oldest known spider “Number 16” dies:
i. Number 16 was a female trapdoor spider. It has broken the previous record of a 28-year-old tarantula in Mexico, as per a study published in the Pacific Conservation Biology Journal.
ii. Number 16 did not die of old age. It was killed by a wasp sting. Generally, trapdoor spiders have a life span ranging from 5 to 20 years. They are not a major threat to humans, but their bite can cause pain and swelling.
iii. Female trapdoor spiders usually stay in and around the same burrow throughout their lives. Hence researchers marked Number 16’s burrow and checked it regularly.
Some important lakes in India:
♦ Manimahesh Lake – Himachal Pradesh
♦ Nako Lake – Himachal Pradesh
♦ Pandoh Lake – Himachal Pradesh 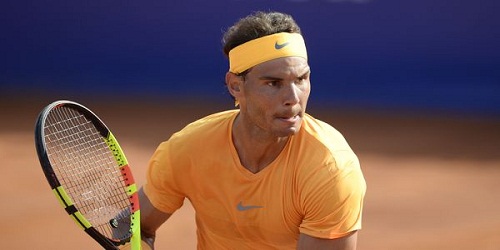 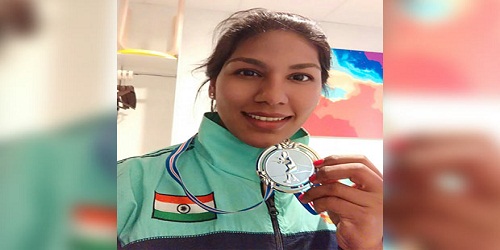