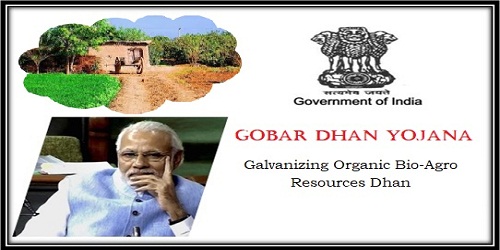 This scheme was announced by Finance Minister Arun Jaitley while presenting Union Budget 2018.

Under this scheme, bio-gas plants will be set up at individual or community level and also at the level of Self Help Groups and NGOs like Gaushalas.