Dear Readers, We cover some important news in Current Affairs Today April 24 2017, which are not covered in Daily Detailed News, More Current Affairs coverage will help you to Score Good Marks in Competitive Exams. Bihar assembly passes GST Bill
Bihar State Legislature has ratified the Constitution Amendment Bill on Goods and Services Tax (GST) on April 24, 2017
Key Notes:
i. The GST Bill needs to be ratified by at least 15 state legislatures before the President can notify the GST Council, which will then decide the new tax rate and other issues.
ii. According to the constitutional provision the Bill has to be passed by at least 50 per cent of the state Assemblies.
iii. Under it, a single rate of GST will replace various taxes to ensure seamless transfer of goods and services.
iv. The GST Bill is aimed at bringing a uniform tax regime in the country by subsuming state levies.
v. The government intends to reach the golden number of 15 states in the coming month.
National Park & Wild LifeSanctuary in Bihar
Valmiki National Park, Bhimbandh Wild Life Sanctuary, GautamBudha Wild Life Sanctuary,
Udaipur Wild Life Sanctuary, Pant (Rajgir) Wild Life Sanctuary and Nagi Dam Wild Life Sanctuary 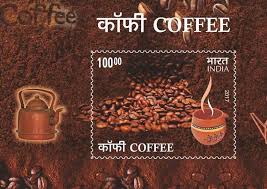 ii. India is a major producer of coffee and specialized flavours of the beverage bean.
iii. Nirmala Sitharaman mentioned that such cross coordination between the Coffee and Postal Departments would go a long way in promoting coffee
iv. Nirmala Sitharamanhas released the stamp and printed 1 lakh stamps in the denomination of Rs 100.
v. After the date of its release these fragrance stamps will be available for sale at Bengaluru GPO, Mysuru, Mangaluru and Belgaum Philately Bureaus and other head post offices in the state. 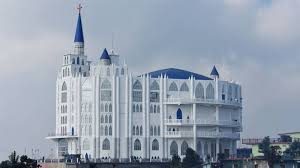 ii. It stands tall at 1864.9 m above the sea level and measures 23, 73,476 Sq.ft.
iii. Its budget is Rs 36 crore.
iv. Seating capacity is of 85,000 people.
v. Its length is 203 feet breadth is 153 feet and height is 166 feet.
Brief history of churches
Se Catedral de Santa Catarina, known as Se Cathedral, is known to be the largest in Goa and one of the best in the world.
♦ Saint John the Baptist is the oldest church in North India
♦ The Christ Church of Shimla is the second oldest church in North India. It was built in neo-Gothic style in 1857 and is situated on The Ridge.

NASA Astronaut Peggy Whitson breaks US Spaceflight record
Peggy Whitson is the first woman to command the space station twice. She holds the record for most spacewalks conducted by a female astronaut.
Key Points:
i. Peggy Whitson is set to extend her mission with an additional three months at the International Space Station.
ii. NASA and the Russian space agency Roscosmos signed an agreement to extend Peggy 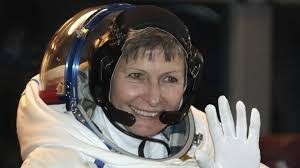 SBI, CREDAI ink MoU for concessional loan for housing projects
SBI and CREDAI have signed an agreement to provide loans at a concessional rate to builders as well as customers for affordable housing projects.
Key Highlights:
i. SBI and CREDAI have signed a memorandum of understanding (MoU) to collaborate and work towards the development of the real estate sector.
ii. The duration of the agreement is for a period of three years.
iii. SBI is a major player in home loans segment with 25 per cent market share.
iv. Memorandum of understanding has signed for the affordable housing and green housing projects.
v. SBI will provide 10 basis points concession to home buyers and 10-35 basis points to CREDAI’s developer members. 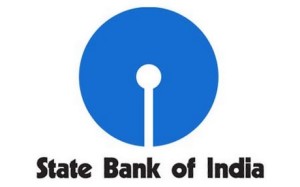 India replaces Japan as no 2 LPG importer
India has replaced Japan as the world’s second-largest importer of liquefied petroleum gas (LPG).
i. China has retained its position as world’s top LPG importer.
ii. Import of LPG, which is mostly used as cooking fuel in India, during 2016 -17 was 11 Million Tonnes. This marks a growth of 23% as compared to previous year. During the same period Japan imported 10.6 million tonnes LPG, marking a 3.2% reduction as compared to previous year.

Australia to Import Indian Mangoes for first time
Indian mangoes will be imported to Australia for the first time after protocols were revised to allow the Asian-grown fruit into the local economy.
Key Notes: 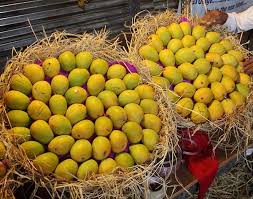 i. The fruit would be allowed into Australia as long as they were treated with irradiation before leaving India.
ii. This meant that Australians would be able to enjoy the fruit long after the local season ended.
About Australia
♦ Capital: Canberra
♦ Currency: Australian dollar
♦ PM: Malcolm Turnbull

India imposes anti-dumping duty on a chemical import from Thailand
For a period of five years India has imposed an anti-dumping duty of up to USD 135.40 per tonne on imports of a chemical used in foam making from Thailand.
Key Highlights:
i. To ensure fair trade and provide a level-playing field to the domestic industry these are some measures which are taken.
ii. The application for the anti-dumping investigation was filed by Manali Petrochemicals Ltd on behalf of the domestic industry.
iii. This move has been taken to protect domestic players from cheap imports of ‘Flexible Slabstock Polyol‘ from the South- East Asian country.
iv. The chemical is used in the foam industry, which is used in mattresses, pillows, transport seating and packaging.
v. The government has also imposed anti-dumping duties on several other products including steel items and certain chemicals

Embraer, Air India to set up MRO facility in Secunderabad
Brazilian aerospace major Embraer has partnered with state owned Air India to maintain its brand of private and business jets in the entire South east Asian region.
Key Highlights:
i. This partnership has done to set up maintenance and to repair MRO facility.
ii. It will come up at the Begumpet airport in Secunderabad in Telangana.
iii. According to leading consultancy KPMG Indian carriers expected to increase their fleet size to 1,740 planes in the next 20 years.
iv. Embraer will provide training as well as ‘heavy discounts’ to Air India Engineering Services on tools and equipment.
v. The policy also allowed foreign aircraft brought to India for MRO work to stay for a period of six months, which can be extended after permission from DGCA. 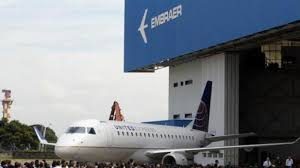 vi. The domestic MRO market is projected to be worth $5.2 billion by 2026.
vii. It also projects over tenfold increase during the next ten years in MRO industry’s revenues from the current $92 million to $975 million.
About Telangana
♦ Capital: Hyderabad
♦ CM: K. ChandrashekarRao
♦ Governor: E.S.L. Narasimhan 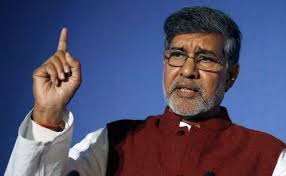 iv. In 2014, he was honoured with the Nobel Peace Prize, which he shared with Malala Yousafzai of Pakistan.
v. He is the fifth Nobel Prize winner for India and only the second Indian winner of the Nobel Peace Prize after Mother Teresa in 1979.
vi. It was given because of his work and activism that the International Labour Organization adopted Convention No. 182 on the worst forms of child labour, which is now a principal guideline for governments around the world.

HCL to acquire US-based mortgage BPO provider for $30 mn
HCL Technologies ,India’s fourth largest software services will acquire US- based Urban Fulfillment Services (UFS) for up to $30 million (over Rs 193 crore) in cash to boost its mortgage business process outsourcing(BPO) business.
i. The total cash transaction is up to $30 million, including contingent payments subject to certain financial milestones 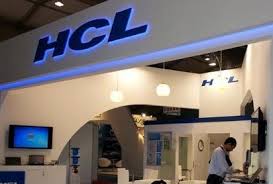 ii. HCL Technologies Corporate Vice President and Global Head – Business Services Anoop Tiwari noted that the attainment of UFS strengthens HCL’s capabilities in mortgage BPO services, loan fulfillment and debt servicing space.
iii. It added that the deal is expected to be fulfilled by June this year, subject to certain closing conditions including transfer of licenses and approval of the customers.
Urban Fulfillment Services(UFS)
♦ US- based Urban Fulfillment Services (UFS) is a provider of mortgage business process and fulfillment services.
♦ It founded in 2002, the company has over 350 highly skilled professionals. It has three centers in the US.
♦ The target company posted revenue of $48 million for the financial year ended 31 December 2016, up from $39 million the year before and $18 million in 2014.

Haryana Champion in National Youth Athletics
Haryana beats Kerala at the National Youth Athletics Meet at Hyderabad Kerala was at the top place for the last five years but now Haryana emerged champions with 166.5 points.
Key points:
i. The National youth athletics championships were held at the GMC Balayogi Athletics Stadium, Gachibowli.
ii. It was held from April 21 to 23.The meet saw the participation of about 505 athletes.
iii. RohitY adav improved his personal best in javelin throw and has a set a new meet record.
iv. The National youth athletics meet is a selection meet for selecting Indian teams to participate in the Asian Championships in May in Bangkok and the World Youth Championships in Nairobi in July.
v. Kerala managed to retain the team crown for girls while Haryana boys topped and won the boys’ title. 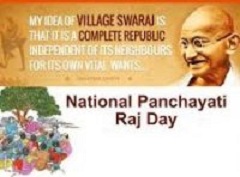 “National Panchayati Raj Day” at Lucknow Uttar Pradesh .
v. The Chief Minister of Uttar Pradesh, Shri Adityanath Yogi inaugurate the conference.
vi. The Kuther Gram Panchayat of Himachal Pradesh will also get this award for its best works.
vii. This Gram Panchayat was the first to become open defecation free (ODF) and was awarded sum of five lakh Rupees.