We are here for you to provide the important Current Affairs September 30 2018, which have unique updates of all daily events from all newspapers such as The Hindu, The Economic Times, PIB, Times of India, India Today, Indian Express, Business Standard, all Government official websites. 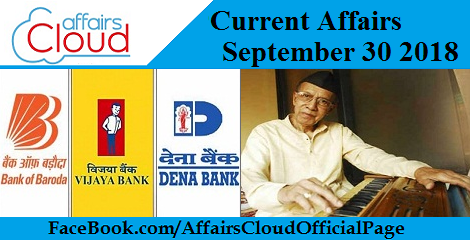 PM Narendra Modi’s 1-day visit to Gujarat
i. On September 30, 2018, PM Modi reached Anand and development projects worth over Rs. 1100 crore were inaugurated.
ii. PM Modi visited Anjar, Kutch and development projects worth
iii. He inaugurated the Mahatma Gandhi Museum set up at the Alfred High School in Rajkot to spread awareness about Gandhian culture, values and philosophy.
iv. The foreign delegates are in India to participate in the Mahatma Gandhi International Sanitation Convention being held in New Delhi……………………….Click here to Read more

Govt cuts gross borrowing estimate for current fiscal by Rs 70,000 crore
On September 29, 2018, Economic Affairs Secretary SC Garg announced a reduction in gross borrowing estimate for the current fiscal by 70,000 crore rupees.
i .It also aims to contain fiscal deficit target at 3.3 per cent.
ii. The government intends to borrow around 2 lakh 50,000 crore rupees as compared to 2 lakh 88,000 crores during April-September of 2018-19.
iii. It also announced launch of inflation-indexed bonds, adding that one or two bond issues will come in the current fiscal.

ii. He also sought the support of the private sector for offering better health care to the people.
iii. These aims to facilitate screening of every individual aged 30 for blood pressure, diabetes, tuberculosis, breast cancer and leprosy among others.
iv. He also announced the Kayakalp initiative that would encourage every public health facility in the country to work towards standards of excellence to help the facilities stay clean and hygienic.

MoHUA & Google launched #LooReview Campaign
On September 28, 2018, the Ministry of Housing and Urban Affairs, under the aegis of Swachh Bharat Mission – Urban (SBM – U) partnered with Google to launch the Loo Review campaign.
i. This would encourage all local guides in India to rate and review public toilets on Google Maps.
ii. 500+ cities in India with more than 30,000 toilets with the name of “SBM Toilet” are currently live on Google Maps.

7 member GoM chaired by Bihar Dy. CM to review help for states hit by natural calamity: GST council
On September 30, 2018, a seven-member group of ministers with Bihar deputy chief minister Sushil Kumar as convenor was formed by the Goods and Services Tax Council to review on ‘Modalities for Revenue Mobilisation in case of Natural Calamities and Disasters’.
i. This decision was taken in the 30th meeting of the GST council chaired by chairman Arun Jaitley.
ii. The group will recommended ways to assist the calamity hit states with steps like separate cess and would submit its report by submit its report by October 31, 2018.
iii. The focus areas of consideration are:

iv. Points against this theory are:

Background:
Kerala had proposed a 10% cess on GST in the state and on Integrated GST on supplies made to the state.
Kerala’s demand to allow imposition of a higher tax or cess within the state to help tide over losses suffered due to floods in August had been considered by the Council.
Finance Ministry:
♦ Union Minister: Shri Arun Jaitley.
♦ Minister of State: Shri Shiv Pratap Shukla, Shri Pon Radhakrishnan.
♦ Secretart of Finance:Shri Rajiv Kumar(Finance).

15% houses completed in urban areas under Centre’s flagship PMAY scheme in 3 years: Ministry of HUA
On September 16, 2018, according to data provided by the Housing and Urban Affairs (HUA) Ministry, over 15 per cent of the 54.95 lakh houses sanctioned in last three years under the Centre’s flagship Pradhan Mantri Awas Yojana (Urban).
i. As per the data, 8.55 lakh houses have been completed till August 21 , 2018 and work on 30.4 lakh units across the country.
ii. It also stated that out of 8.55 lakh houses, 5.68 lakh houses have been completed in the last one year.
iii. Furthermore, on August, the ministry approved construction of nearly 1.12 lakh more affordable houses for urban poor.
iv. This took the total number of sanctioned houses under the PMAY (Urban) to 54,95,443.
v. Also, 4,320 cities and towns have been included in the PMAY (U) across the country and 11,226 projects have been approved till July 2018.
Other News:
The HUA Ministry has also planned to organise the Global Housing Construction Technology Challenge to attract innovative, sustainiable technologies for construction.
Background:
♦ Scheme Name: Pradhan Mantri Awas Yojana (Urban)
♦ Under Housing and Urban Affairs (HUA) Ministry.
♦ Aims to construct one crore houses in urban areas across the country over a period of seven years from 2015 to 2022
♦ Launch year: June 2015.

Maharashtra topped the list of states with maximum average AUM: AMFI
On September 22, 2018, according to Association of Mutual Funds of India’s (AMFI) statistics, Maharashtra topes the chart for state with the maximum penetration and Assets Under Management (AUM).
i. Also, as per August , average assets under management (AUM) of mutual funds rose to an all-time high of Rs 25.2 lakh crore across the country.
ii. For Maharashtra, it touched Rs 10.35 lakh crore, about 41.1 per cent of the all-India total.
iii. It is followed by Delhi having Rs 2.35 lakh crore and Karnataka having Rs 1.76 lakh crore.
iv.  Other states in the top 5 include: Gujarat with Rs 1.62 lakh crore and West Bengal with Rs 1.29 lakh crore.
v. Haryana with Rs 1.14 lakh crore and Tamil Nadu with Rs 1.16 lakh crore were the only other states with more than Rs 1 lakh crore of AUM, where UP has Rs 96,200 crore.
vi. Also, Mutual fund penetration as measured by per capital asset under management was the highest in Delhi followed by Goa and Maharashtra.
vii. The percentage of assets with an equity component (i.e. pure equity schemes and balanced scheme) was just 31 per cent in case of Maharashtra compared to nation’s average of 40%.
viii. Other states having more than the average equity percentages are: Bihar with 73 per cent, Gujarat with 52 per cent, Jammu and Kashmir, and Kerala having 71 and 69 per cent, respectively.
ix. The reason for  Maharashtra’s position Is because it is home to many big corporates who park a lot of their surplus funds in short-term, debt-oriented mutual funds.
Association of Mutual Funds of India  (AMFI):
♦ Headquarters: Mumbai.
♦ Chairman: Mr. A. Balasubramanian.
♦ Members: 43 Asset Management Companies. Goa, Portugal signed MoU for water, sewage management for 2 years
On September 30, 2018, the Goa government inked a pact with Portugal in the field of water supply, waste water management and sanitation for a period of 2 years.

i. The MOU was signed between:
Goa Public Works Department Minister Sudin Dhavalikar and
Portugal’s Minister of Environment Joao Pedro de Matos Fernandes.
ii. The projects would include:

iii. Focus areas of the projects are:

Uttarakhand House nod to declare cow ‘Rashtra Mata’
On September 20, 2018, Uttarakhand state assembly declared cow as the ‘Rashtra Mata’ or the mother of the nation.
i. The resolution was moved by the State Animal Husbandry Minister Rekha Arya.
ii. This was aimed as a step towards cow protection. 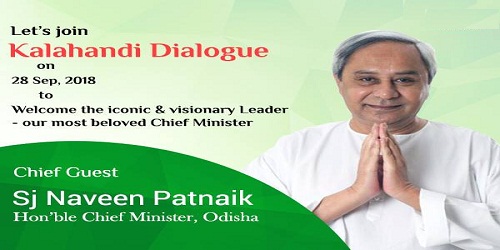 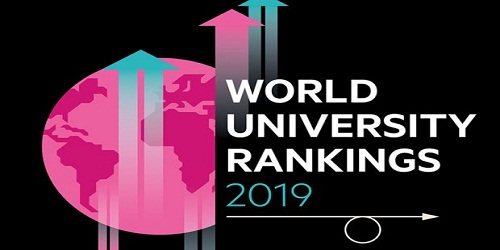 Permission to open new branches by Bandhan Bank withdrawn by RBI
On September 28, 2018, RBI withdrew permission of Bandhan Bank to open new branches.
i. It also put a freeze on the remuneration of the MD & CEO, CS Ghosh.
ii. This happened because of the bank’s failure to bring down shareholding of Non-Operative Financial Holding Company (NOFHC) or promoter share holding to 40 per cent as instructed by RBI.
Bandhan Bank:
♦ Headquarters: Kolkata.
♦ Chiarman: Mr. Harun Rashid Khan.
♦ Tagline: Aapka Bhala, Sabki Bhalai.

India’s external debt declined 2.8 per cent $514.4 billion at end-June: RBI
On September 30, 2018, according to data of the Reserve Bank of India, India’s external debt for the quarter ended June 2018 declined on a year-on-year basis by 2.8 per cent to $514.4 billion.
i. It had a recording decrease of $14.9 billion from earlier estimate of over $529 billion reported for the corresponding period of 2017.
ii. Also, the external debt to GDP ratio stood at 20.4 per cent at June-end, a shade lower than its level of 20.5 per cent at March-end.
iii. The major reason for the decrease in external debt was primarily due to valuation gains of $13 billion due to appreciation of the US dollar against the Indian rupee.
iv. Excluding the valuation effect, the decrease in external debt would have been $1.9 billion instead of $14.9 billion at June-end over March-end.
v. Commercial borrowings continued to be the largest component of external debt with a share of 37.8 per cent, followed by NRI deposits at 24.2 per cent and short-term trade credit at 18.8 per cent.
Background:
The largest component of India’s external debt was US dollar denominated debt with a share of 50.1 per cent at end-June 2018, followed by the Indian rupee (35.4 per cent), SDR (5.4 per cent), Japanese yen (4.7 per cent) and euro (3.3 per cent).
About External Debt:
i. External loan is the total debt a country owes to foreign creditors, complemented by internal debt owed to domestic lenders.
ii. These loans, including interest, must usually be paid in the currency in which the loan was made.

Rs 5 crore penalty slapped on Karur Vysya Bank by RBI
On September 28, 2018, the Reserve Bank of India fined Karur Vysya Bank a total of Rs. 5 crore for non-compliance of its directives.
i. The reason behind this penalty are:

BoB, Vijaya Bank approved merger proposal with Dena Bank to create second largest PSU lender
On September 29, 2018, the boards of state-run Bank of Baroda (BoB) and Vijaya Bank gave their assent for their amalgamation with Dena Bank to form the second-largest entity in the PSU banking space. i. This is in line with the Finance Ministry’s proposal on September 17, 2018.
ii. Post-merger, the asset size of the new entity would be over Rs 14.5 lakh crore.
iii. The amalgamation of the three banks would be through share swap which will be the part of the scheme of merger.
iv. Post-merger of BoB, Vijaya Bank and Dena Bank, the number of PSU banks will come down to 19.
Bank Of Baroda:
♦ Headquarters: Vadodara, Gujarat.
♦ CEO: P.S. Jayakumar.
♦ Tagline: India’s International Bank.
DenaBank:
♦ Headquarters : Mumbai.
♦ CEO: Shri Ashwani Kumar.
♦ Tagline : Trusted Family Bank
Vijaya Bank:
♦ Headquarters: Bengaluru.
♦ CEO: R. A. Sankara Narayana.
♦ Tagline: A Friend you can Bank upon.

Fossil of earliest known animal Dickinsonia discovered
Scientists have discovered an ancient fossil of Dickinsonia, the earliest animal on geological record.
i. Dickinsonia is an oval shaped creature that lived 558 million years ago. It grew up to 1.4 m in length. It was part of the Ediacara Biota that lived 20 million years before the ‘Cambrian explosion’ of modern animal life.
ii. The fossil was discovered by researchers from Australian National University (ANU) near the White Sea in Russia.

Neymar Appointed Permanent Captain Of Brazilian Football Team
Neymar has been appointed as the permanent captain of Brazil’s national football team.
i. Neymar is a striker of the Paris Sain-Germain team. Brazil’s head football coach Tite has removed the captaincy rotation policy of the team to give Neymar the permanent captain position. 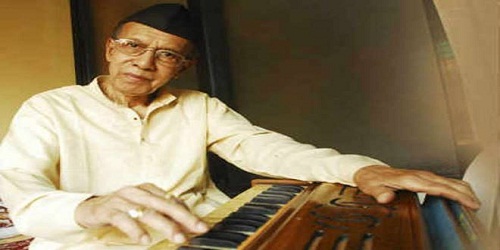 i. Pandit Tulsidas Borkar was 84 years old. He was born in Goa. He received the Padma Shri award in 2016.
ii. He was also awarded the Sangeet Natak Akademi Award in 2005. He was known for both solo performances and his unique style of accompanying Indian classical singers.

Urdu version of PM Modi’s book ‘Exam Warriors’ released
On 15th September 2018, the Urdu version of Prime Minister Narendra Modi’s book ‘Exam Warriors’ was released in New Delhi.
i. The book was released by Human Resource Development Minister Prakash Javadekar along with other union ministers. The launch event was organised by the India Islamic Cultural Centre.
ii. The book focusses on 25 mantras for parents and students to manage the stress of exams. It was earlier published in 14 languages.