We are here for you to provide the important Recent and Latest Current Affairs September 1 2019, which have unique updates of Latest Current Affairs 2019 from all newspapers such as The Hindu, The Economic Times, PIB, Times of India, PTI, Indian Express, Business Standard and all Government official websites. 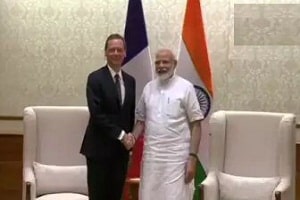 Key Points:
i. He met Prime Minister Narendra Modi and held talks with him.
ii. He met National Security Advisor (NSA) Ajit Doval and spoke on all aspects of the Indo-French strategic partnership, major regional and international issues, and G7 priorities on global challenges backed by India.
iii. The first Rafale fighter jets manufactured by French aerospace firm Dassault Aviation will be handed over to India on September 20, 2019 which will be received by Defence Minister Rajnath Singh and Indian Air Force (IAF) Chief- Air Chief Marshal BS Dhanoa.
iv. In September 2016, India had signed a deal with the French government and Dassault Aviation to acquire 36 Rafale fighter jets for over 7.8 billion euros.
About France:
♦ Capital: Paris
♦ Currency: Euro 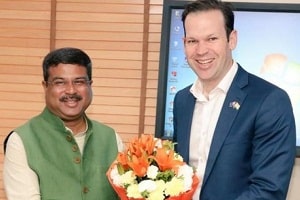 Key Points:
i. Both ministers discussed the importance of energy and resources in India-Australia bilateral relationship and to enhance cooperation in the area of coking coal.
ii. They agreed to expand the scope of cooperation on a wider range of energy resources.
iii. India is the largest importer of Australian metallurgical coal.
About Australia:
♦ Capital: Canberra
♦ Currency: Australian dollar 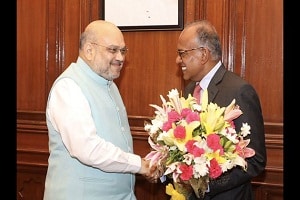 Key points:
i. The two sides agreed to step up cooperation in dealing with trans-national organized crime, including drug trafficking and economic offenses.
ii. Shah noted that the two countries relations are based on shared values and approaches, economic opportunities and convergence of interest on key challenges. Shanmugam highlighted the importance of Singapore’s strategic partnership with India & also invited Shah to visit Singapore.
iii. Both sides also exchanged views and concerns on the challenges of terrorism and extremism & agreed to strengthen the current bilateral institutional mechanisms on security issues.
About Singapore:
♦ Currency: Singapore dollar
♦ President: Halimah Yacob
♦ Prime Minister: Lee Hsien Loong

3 Lakh houses sanctioned under PMAY(U) in the 46th CSMC for 2019
In the 46th meeting of the Central Approval and Monitoring Committee (CSMC) for the year 2019, which was chaired by Shri Durga Shanker Mishra, Secretary, Ministry of Housing & Urban Affairs in New Delhi, approved 865 fresh proposals from 10 States for the construction of 2.99 lakh houses with an overall investment of Rs. 15,109 cr. The Central assistance will be Rs. 4,482 crore.
Key Points:
i. Under Pradhan Mantri Awas Yojana (Urban) [PMAY (U)], Uttar Pradesh came up with 149 proposals for construction of 45,770 houses to meet overall target for construction of 13.96 lakh houses which is said to be highest in overall sanction among all states/UTs .
ii. Andhra Pradesh did not participate in CSMC, but it has overall sanctions for 12.48 lakh houses under PMAY(U). Maharashtra participated with 62 proposals for construction of 1.23 lakh houses which is highest in new fresh proposals among all 10 participating States.
iii. The 10 states are Arunachal Pradesh, Bihar, Chhattisgarh, Himachal Pradesh, Jammu & Kashmir, Madhya Pradesh, Maharashtra, Punjab, Tamil Nadu, Uttar Pradesh.
iv. At present, Cumulative sanctions of houses under PMAY (U) is 88.16 lakh against a validated demand of 1.12 crore.
About PMAY:
Pradhan Mantri Awas Yojana (PMAY) is an initiative by the Government of India in which affordable housing will be provided to the urban poor with a target of building 20 million affordable houses by 31 March 2022. It has two components: Pradhan Mantri Awas Yojana (Urban) (PMAY-U) for the urban poor and Pradhan Mantri Awaas Yojana (Gramin) (PMAY-G and also PMAY-R) for the rural poor.

India ranks 9th on happiness index among 28 nations: Global Happiness Survey
As per the “Global Happiness Survey” conducted by market research firm Ipsos, India is ranked 9th with 77% on happiness index among 28 global markets. The top determinants for Indians to stay happy are Personal safety and security, friends and feeling in control of life, good financial conditions and physical well-being along with hobbies and interests. 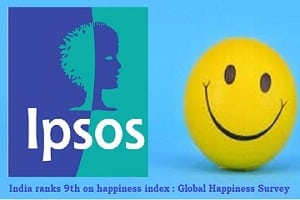 MeitY partners with Google to roll-out ‘Build for Digital India’ programme
On August 31, 2019, The Ministry of Electronics and Information Technology(MeitY) has signed a statement of intent with multinational technology company, Google for rolling out ‘Build for Digital India’ programme, which will provide engineering students with a platform to develop market-ready, technology-based solutions that deals with key social challenges. 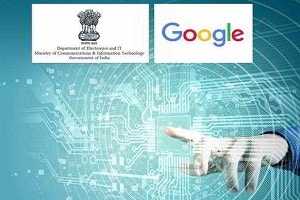 Key points:
i. The program will look for college students’ bright ideas and solutions to focus on areas such as healthcare, agriculture, education, smart cities and infrastructure, women safety, smart mobility and transportation, environment, accessibility and disability, and digital literacy.
ii. As part of the program, engineering students from different regions of the country can apply and join in a learning journey that will help turn their bright ideas into real-world solutions.
iii. Participants will be provided online as well as offline learning opportunities on important new-age technologies like Machine Learning(ML), Android, Cloud and artificial intelligence(AI) available through the Developer Student Club network of Google and other Google Developer networks.
iv. Mentorship sessions will also be offered by Google in product strategy, design, and technology to some of the most potential products and prototypes.
About MeitY:
♦ Founded: 19 July 2016
♦ Headquarters: New Delhi
♦ Union Minister: Ravi Shankar Prasad
About Google:
♦ Founded: 4 September 1998
♦ Headquarters: California, U.S.
♦ CEO: Sundar Pichai

Govt accepts the resignation of SBI’s MD Anshula Kant, following her appointment as MD and CFO of the World Bank
On September 1, 2019, The Central Government has accepted the resignation of Anshula Kant, Managing Director (MD) of State Bank of India (SBI). This comes after her appointment as the MD and Chief Financial Officer (CFO) of World Bank Group. 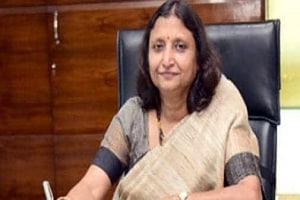 Key points:
i. Anshula  is from Jamshedpur, Jharkhand. She is a graduate in Economic Honours from Lady Shri Ram College for Women and a Post-Graduate in Economics from Delhi School of Economics.
ii. She has more than 35 years of expertise in finance, banking will be responsible for financial and risk management of the World Bank Group. She will also have to work closely with the World Bank CEO on the mobilization of the International Development Association (IDA) of WB and other financial resources.
iii. She joined SBI in 1983 as a probationary officer (PO) and also worked as the Deputy MD of Operations for National Banking Group. She has been a Managing Director and member of the Board since September 2018.
About SBI:
♦ Headquarters: Mumbai
♦ Founded: 1 July 1955
♦ Chairman: Shri Rajnish Kumar
♦ Tagline: The Nation banks on us; Pure Banking Nothing Else; With you all the way
About World Bank:
♦ Headquarters: Washington, D.C, U.S.
♦ President: David Malpass
♦ Chief Executive Officer: Kristalina Georgieva 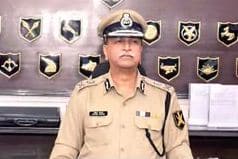 Key points:
i. Johri will attain superannuation on September 2020. He is an Engineering graduate from Maulana Azad National Institute of Technology (MANIT), Bhopal, Madhya Pradesh.
ii. He worked as the Special Secretary in the external intelligence agency RAW(Research and Analysis Wing), under the Cabinet Secretariat.
iii. On July 29, 2019, he was appointed as an Officer on Special Duty (OSD) in the Union home ministry.
iv. Mishra, an IPS officer from the Uttar Pradesh cadre, took over as the BSF DG on October 2018.
About BSF:
♦ Formation: 1 December 1965
♦ Headquarters: New Delhi
♦ Motto:  Duty Unto Death
♦ It is the largest Border Guarding Force of the world having the strength of over 2.6 lakh brave personnel, protecting the International Borders with Pakistan and Bangladesh.

India clinched SAFF U-15 Championship 2019 title for the 3rd time by beating Nepal
On August 31, 2019, The India Under-15 team has defeated Nepal with 7-0 score in the final of the SAFF (South Asian Football Federation) U-15 Championship 2019 held in Kalyani Stadium, West Bengal from August 21 – 31, 2019. This victory means that India has now become the most successful team in the history of the tournament as it won the title for the 3rd time. Earlier, India won the trophy in 2013 and 2017 in Nepal. 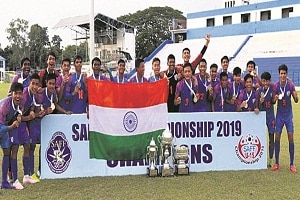 Key points:
i. Striker Sridarth Nongmeikapam’s hat-trick saw India lift the title. He scored 3 goals in this one-sided match & while Maheson Singh, Amandeep, Sibajit Singh, and Himanshu Jangra scored one goal each. India scored 28 goals without conceding any in the five matches they played in the tournament, including the final.
ii. The tournament was organized by South Asian Football Federation.
iii. Now the next challenge for the team will be the AFC Under-16 Championship 2020 Qualifier which will be played from 18 – 22 September 2019. The Indian team is placed in Group B and will face hosts Uzbekistan, Bahrain and Turkmenistan.
2019 SAFF U–15 Championship:
i. It is the 6th edition of the SAFF U–16 Championship, an international football competition for men’s under−15 national teams.
ii. Top scorer & Best player award: Himanshu Jangra(7 Goals)
iii. Indian Team Coach: Bibiano Fernandes
About SAFF:
♦ Motto: Strength in Unity
♦ Formation: 1997
♦ Headquarters: New Delhi, India
♦ President: Mr. Kazi Md. Salahuddin

After repeated postponement, now the 36th National Games to be held in Goa from October 20 – November 4, 2020
On August 31, 2019, The Indian Olympic Association(IOA), a body responsible for selecting athletes to represent India at the international athletic meets stated that the much-delayed 36th  National Games will be held in Goa from October 20 – November 4, 2020. The IOA fixed the date after meeting with the Goa delegation in New Delhi. 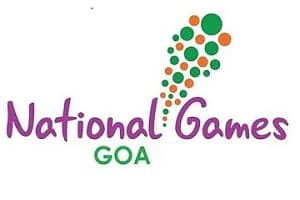 Key points:
i. Top officials from IOA and Goa Sports Minister Babu Ajgaonkar, Sports Secretary J Ashok Kumar, VM Prabhudesai were present in the meeting.
ii. IOA has awarded the hosting the 36th edition of the National Games in November 2019 to Goa. But the state later set aside dates for the event from March 30 – April 14, 2019, then the state government expressed its inability to host the Games during that period owing to the general elections.
iii. In April 2019, the IOA had asked Goa to pay a fine of 10 crore rupees for repeatedly postponing the national game. After this, the Government of Goa had assured no further delay in organizing the Games.
About IOA:
♦ Formation: 1927
♦ Headquarters:  New Delhi
♦ President: Narinder Dhruv Batra

West Bengal assembly passes (Prevention of Lynching) Bill, 2019 to prevent and punish mob assaults and lynching
On August 30, 2019, In view of the increasing case of mob lynching, the West Bengal Assembly passed  (Prevention of Lynching) Bill, 2019, which aims to protect the constitutional rights of vulnerable persons and prevent incidents of lynching. The bill also proposes action against those involved in perpetrating the crime.
Key points:
i. In this bill, mob lynching has been classified as a crime. It provides three years of imprisonment and life imprisonment for the crime of assault and injuring a victim.  If the victim dies in such a fight, then the persons responsible for it may face death penalty or life imprisonment and a fine up to 5 lakh.
ii. Opposition CPI (M) and Congress party supported this bill brought by TMC(Trinamool Congress). The BJP(Bharatiya Janata Party), which emerged as the main opposition party, neither supported nor opposed the bill because it believes that this law can be used to gain political advantage.
About West Bengal:
♦ Capital: Kolkata
♦ Chief minister: Mamata Banerjee
♦ Governor: Jagdeep Dhankhar
♦ National Parks: Buxa National Park ,Gorumara National Park ,Neora Valley National Park ,Singalila National Park ,Sunderban National Park ,Jaldapara National Park.