We are here for you to provide the important Current Affairs October 7 2018, which have unique updates of all daily events from all newspapers such as The Hindu, The Economic Times, PIB, Times of India, India Today, Indian Express, Business Standard, all Government official websites. 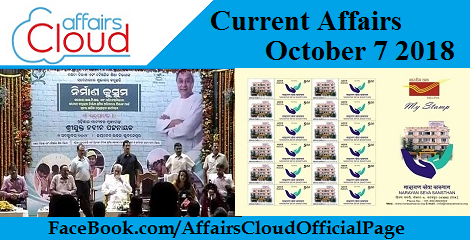 Objective:
To provide financial assistance for technical education to children of construction workers.
Key Points:
i. Total cost of the programme borne by the state government is Rs. 1.09 crore  that has been deposited to the accounts of the beneficiaries.
ii. According to the scheme, the children of the construction workers would get their technical education from Industrial Training Institutes (ITIs)and polytechnics.
iii. Students from the ITI will get Rs. 23,600 per annum and diploma students would get Rs. 26,300 per annum.
iv. The total number of students thus counts to about  1,878 students who would be directly benefitted from the scheme.
v. Also, female students from 6th standard to post graduation would be getting a rise of 20% in their financial assistance.
vi. Additionally, the scheme covers death benefits for the construction workers. The construction workers’ family now would get Rs. 2 lakh as compensation as opposed to Rs. 1 lakh.
vii. Similarly, the accidental benefit has been doubled from Rs. two lakh to Rs. four lakh.
Odisha:
♦ Chief Minister: Naveen Patnaik.
♦ Governor: Prof. Ganeshi Lal.
♦ Lakes : Chilika Lake, Kanjia Lake, Anshupa Lake, Balimela Reservoir.
♦ Dams: Rengali Dam, Kala dam, Pitamahal Dam, Kansbahal Dam, Tikhali Dam, Deras Dam, Salia Dam, Ghodahada Dam, Kuanria Dam.
♦ Festivals: Kalinga Mahotsav, Chandan Yatra, Durga Puja, Konark Dance Festival, Rath Yatra, Deepavali, Kumar Purnima. 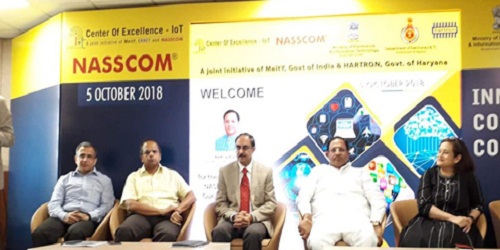 i.The centre was inaugurated by Haryana commerce and industries minister Vipul Goyal.
ii.It is a part of a nationwide collaborative initiative involving the Ministry of Electronics and Information Technology (MeitY) and state governments.
iii. It will offer advanced infrastructure facilities to start-ups and encourage co-creation with support from industry experts through NASSCOM programmes.

India is the world’s largest BPM base, generated $32.5 bn revenue: Nasscom
On October 4, 2018, inaugurating the 2-day BPM(Business Process Management) Strategy Summit 2018 in Bengaluru, the National Association of Software and Services Companies (NASSCOM) published its study and stated that Indian BPM industry continues to be the largest in the world.
i. The BPM industry has generated revenue close to $32.5 billion and an employee strength of 1.2 million.
ii. It now holds more than a 37% share in global sourcing and is witnessing a 1.7x revenue growth.
iii. It is further expected to grow another 8% from USD 154 billion to a projected USD 167 billion in FY18.
iv. Indian BPM industry comprises 17,000+ firms that offer a complete range of services.
v.  Since the digital technologies like RPA, AI, digital communications, IoT, cognitive computing are flourishing, the collaborations, competitiveness and profitability would increase.
vi. Adoption of technologies like Blockchain and AI have shown how security, speed, and operational efficiencies could be enhanced.
vii. The data privacy should be addressed in compliance with the European Union’s GDPR (General Data Protection Regulation).
About NASSCOM
♦ NASSCOM is the premier trade body and the chamber of commerce of the IT-BPM industries in India.
♦ It handles business related to the software development, software services, software products, consulting services, BPO services, e-commerce & web services.
♦ Chairman: Mr. Rishad Premji.
♦ President: Ms. Debjani Ghosh.

Southern Railway became an unmanned level crossing free zone
On October 6, 2018, the Southern Railway became Unmanned Level Crossing (UMLC) Free Zone, eliminating over 1,000 such level crossings.
i. This includes : Palakkad, Thiruvananthapuram and Chennai Divisions which became UMLC free in the 1st quarter of the present financial year.
ii. This was done by the elimination of all 1054 UMLCs by providing alternate routes like provision of subways, the road under bridges etc.
iii. In 2010, the Railway Board formulated policy to eliminate all such level crossings for road and rail users. 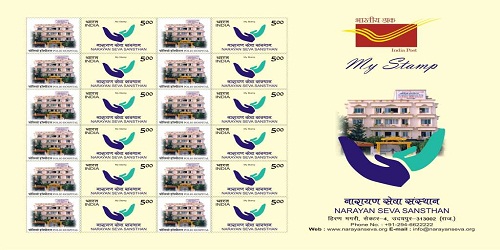 i. The logo features the Udaipur based NGO and its polio hospital.
ii. The Objective of the launch was to honour and showcase the organisation’s work for differently-abled and underprivileged individuals, physically, socially and economically.
Other News:
A new post office will be opened at the Badi campus of the NGO to be managed by the head post master of nearby Thoor Village.
Indian Post:
♦ Headquarters: New Delhi.
♦ Minister of State (Independent Charge) of the Ministry of Communications: Shri Manoj Sinha.
NGO Narayan Seva Sansthan:
♦ Founder and Chairman: Kailash Agarwal.

Parker Solar Probe completes first Venus flyby: NASA
NASA’s (National Aeronautics and Space Administration) Parker Solar Probe, the first mission to touch the Sun, has successfully completed a flyby of Venus at a distance of 2,415 km during its first gravity assist from Venus.
Key Points:
i. The gravity assists will help the spacecraft tighten its orbit closer to the Sun during the mission.
ii. Detailed data from the flyby will be analysed and the flight operations team will prepare for the remaining 6 Venus gravity assists which will happen during the 7-year mission.
iii. Parker Solar Probe was launched on August 12, 2018, on a 7-year journey to study the Sun’s outer atmosphere and its impacts on space weather.
iv. This mission will help researchers to improve forecasts of space weather events, which might damage satellites and harm astronauts on orbit, disrupt radio communication, etc.
About National Aeronautics and Space Administration (NASA):
♦ Administrator – Jim Bridenstine
♦ Headquarters – Washington DC, US 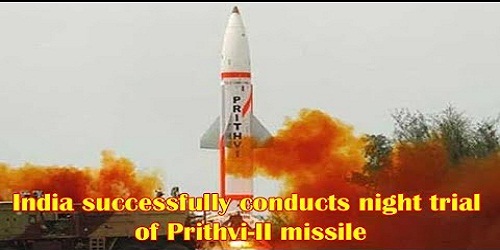 Key Points:
i. Prithvi-II is a surface-to-surface indigenously developed nuclear capable missile. It has a strike range of 350 km. It is 9 metres tall and single-stage liquid-fuelled.
ii. It is capable of carrying 500 to 1,000 kg of warheads. It is thrusted by liquid propulsion twin engines.
iii. It uses advanced inertial guidance system with manoeuvring trajectory to hit its target.
iv. The launch activities were performed by specially-formed Strategic Forces Command of the Army. It was monitored by scientists of Defence Research and Development Organisation (DRDO).
v. Prithvi-II was inducted into the Armed forces in 2003.  Prithvi-II is the first missile developed by DRDO under the Integrated Guided Missile Development Programme.
About Defence Research and Development Organisation (DRDO):
♦ Chairman – Dr G. Satheesh Reddy
♦ Headquarters – New Delhi 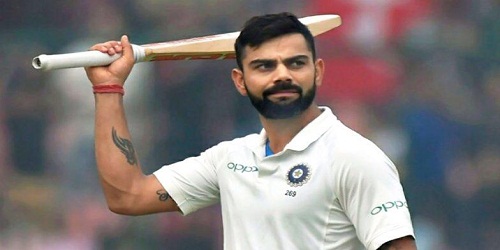 i. Virat Kohli reached his 24th century in his 123rd innings.He has also surpassed Australia’s Steve Smith and has become second person in the list of centurions among active players, behind South Africa’s Hashim Amla.
ii.Donald Bradman achieved this feat in 66 innings. 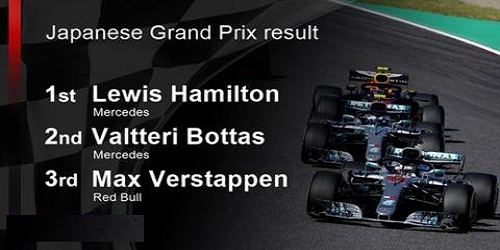 i.The victory was the 71st of his career, leaving him only 20 behind the record of seven times world champion Michael Schumacher.
ii. Finland’s Valtteri Bottas(Mercedes) secured  second place while Verstappen(Red Bull) finished third despite collecting a five-second penalty.
About Japanese Grand Prix:
i. Japan was the only Asian nation to host a Formula One race (including the Pacific Grand Prix) until Malaysia joined the calendar in 1999.
ii. The first Japanese Grand Prix was run as a sports car race at theSuzuka Circuit80 kilometres (50 mi) south west of Nagoya in May 1963.