We are here for you to provide the important Current Affairs October 4 2018, which have unique updates of all daily events from all newspapers such as The Hindu, The Economic Times, PIB, Times of India, India Today, Indian Express, Business Standard, all Government official websites. 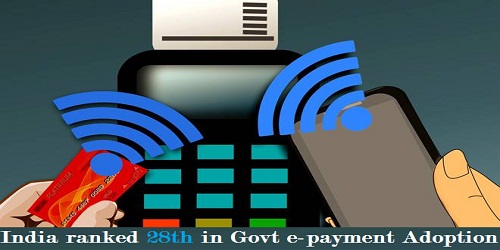 Highlights:
i. The survey is a 73-country ranking survey with Norway leading the pack followed by France and Denmark.
ii. India moved up to 28th in 2018, from 36th in 2011.
iii. It holds the top ranking on B2G and G2B, and comes third on C2G jointly with Argentina.
iv. India leads the B2G category, along with other countries like Australia, Singapore and South Korea.
v. India ranks third in the C2G category, along with four other countries, while France and the UAE top the list.
vi. India ranks 25th in the G2C category.
vii. India is at the 58th place for digital infrastructure and 60th among the 73 countries surveyed on socio-economic development.
viii. On political context on protecting intellectual property rights, India ranks 40th.
Background:
♦ The B2G category evaluates the ease with which businesses can calculate and make their tax payments, register for the first time, as well as renew their registrations online and digitally calculate their pension fund contributions, thereby making those payments on a periodic basis.
♦ The C2G category evaluates the extent to which citizens can complete various transactions electronically.
♦ The G2C category captures the extent to which various government transfers like tax refunds, pension and welfare benefits and unemployment benefits can be accessed electronically.
Visa:
♦ Headquarters: California, USA.

First Global Guidelines on Sanitation and Health launched by WHO
On October 1, 2018, to bring successful changes in sanitation by 2030, World Health Organization (WHO) launched its first Global Guidelines on Sanitation and Health.
i. According to estimation, for every US$ 1 invested in sanitation a nearly six-fold return can be expected.
ii. Thus, by adopting the guidelines, countries can reduce the 829 000 annual diarrhoeal deaths due to unsafe water, sanitation and hygiene.
iii. The new guidelines are based on four principal recommendations. They are:

iv. These guidelines were made to ensure the achievement of health goals by the timeline.
Background:
Globally, 2.3 billion people lack basic sanitation (with almost half forced to defecate in the open). They are among the 4.5 billion are without access to safely managed sanitation services.
WHO:
♦ Headquarters: Geneva, Switzerland.
♦ Director-General: Tedros Adhanom.

$100 Million Loan was signed by Government of India and the Asian Development Bank (ADB) to expand Sewerage and Drainage Coverage in Kolkata
On October 3, 2018, Asian Development Bank (ADB) signed a $100 million loan agreement with India for continuation of sewage and water treatment in Kolkata.
i. This was a 3rd and final tranche loan under the $400 Million Multi Tranche facility, Kolkata Environmental Improvement Investment Program.
ii. This will be implemented under Kolkata Municipal Corporation (KMC).
iii. Under this program,

i. As per the offer, loans of upto Rs 60,000 can be sanctioned as well as disbursed in a matter of 90 seconds.
ii. The approval time for the loan would be 30 seconds based on an innovative risk scoring model called ‘Mobiscore’.
iii. The minimum amount of loans that can be approved is for Rs. 5000 and the users will have the option to transfer the amount in their bank accounts.
iv. They can pay the loan in easy monthly installments of 6-9  months.
v. It is the first-of-its-kind of credit disbursal product that disburses loan amount in the user’s mobile wallet.
Background:
MobiKwik has already crossed a portfolio of 100 thousand loans
MobiKwik:
♦ Headquarters: Gurugram.
♦ Co-founder & Director: Upasana Taku.
♦ CEO & Founder: Bipin Preet Singh. 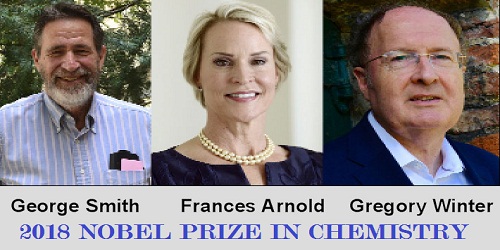 Key Points:
i. They were awarded the Nobel Chemistry Prize for applying the principles of evolution to develop enzymes used to make various items from biofuels to pharmaceuticals.
ii. Frances Arnold is the 5th woman to win the Nobel Chemistry Prize. She received half of the 9 million Swedish kronor (nearly USD 1.01 million) award. George Smith and Gregory Winter shared the other half.
iii. The three scientists used the same principles of evolution: genetic change and selection, to develop proteins. Key Points:
i. Reliance Industries’ Chairman Mukesh Ambani is also the biggest gainer of the year, with a gain of $9.3 billion to his wealth.
ii. Wipro Chairman Azim Premji has secured the 2nd position, with a wealth of $21 billion.
iii. ArcelorMittal Chairman and CEO Lakshmi Mittal is in 3rd spot with a net worth of $18.3 billion.
iv. Hinduja brothers occupy 4th position with net worth of $18 billion and Pallonji Mistry is at 5th spot with $15.7 billion.
v. Others in the top 10 list are: Shiv Nadar ($14.6 billion), Godrej family ($14 billion), Dilip Shanghvi ($12.6 billion), Kumar Birla ($12.5 billion) and Gautam Adani ($11.9 billion).
vi. Kiran Mazumdar-Shaw is the biggest percentage gainer of the year, with increase in net worth by 66.7 % to $3.6 billion. 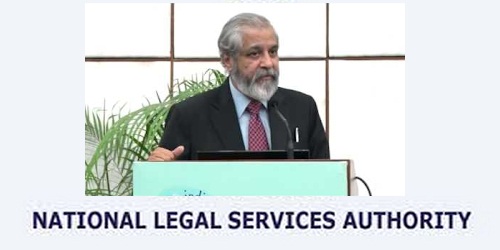 Key Points:
i. Madan Bhimarao Lokur was appointed to the post by President Ram Nath Kovind.  He replaces Justice Ranjan Gogoi.
ii. Madan Bhimarao Lokur is a senior judge of the Supreme Court. He is 64 years old.
iii. He was the Additional Solicitor General of India from July 1998 to February 1999. He became an Additional Judge of Delhi High Court in February 1999.
iv. He was also Chief Justice of Gauhati High Court and Andhra Pradesh High Court. He became a Judge of the Supreme Court in 2012.
About National Legal Services Authority of India (NALSA):
Objective – speedy disposal of cases, reducing the burden of the judiciary, providing free legal services to marginalised and disadvantaged, organise Lok Adalats, etc. Resignation of Chanda Kochhar:
i. Sandeep Bakhshi has been appointed as the new MD and CEO of ICICI Bank for a period of 5 years till October 3, 2023.
ii. Chanda Kochhar was on leave and is being investigated over alleged conflict of interest in deals with several customers of the bank including the Videocon Group.
iii. She joined ICICI Limited in 1984. In 2006-07, she led ICICI Bank’s corporate and international banking businesses.
iv. From 2007 to 2009, she was Joint Managing Director and Chief Financial Officer of ICICI Bank.
v. In 2009, she became MD and CEO of ICICI Bank. In 2011, she was awarded Padma Bhushan.
About ICICI Bank:
♦ Headquarters – Mumbai
♦ Tag line – Hum Hai Na, Khyal Apka

First known exomoon may have been discovered
Astronomers have made a discovery, which might be the first exomoon i.e. the first known moon outside our Solar System.
i. This exomoon was detected by NASA’s Kepler spacecraft and was observed using the Hubble telescope around exoplanet Kepler 1625b.
ii. The exomoon was found orbiting Kepler 1625b, a gaseous planet 8,000 light-years away. The findings have been published in the journal Science Advances.
iii. The exomoon is gaseous and is the size of Neptune and orbits Kepler 1625b, which is the size of Jupiter.