We are here for you to provide the important Current Affairs October 3 2018, which have unique updates of all daily events from all newspapers such as The Hindu, The Economic Times, PIB, Times of India, India Today, Indian Express, Business Standard, all Government official websites. 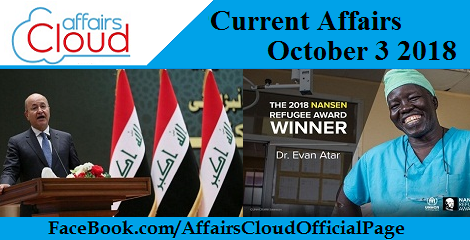 Project Utkrisht launched by Indian Railways
On October 2, 2018, Indian Railways launched its Project ‘Utkrisht’.
Objective:
Railways has plans to develop 640 Utkrisht rakes as part of upgradation of its mail/express trains in the next two years at a cost of Rs 4 billion.
KeyPoints:
i.In the first phase 140 rakes is to be developed by March 2019.
ii.The Facilities offered by the Project Utkrisht are:

iii. The first train to have been revamped is: 12311/12312 Howrah-Kalka Mail of Eastern Railway which was coloured beige and maroon.
iv.It is developed as ‘green rakes‘ (consisting of 20 or 22 coaches) at Eastern Railways’ Liluah workshop,which cost Rs 600,000 each.
Future Enhancement:
Indian Railways is planning to roll out 500 more by March 2020.
Indian Railways:
♦ Union Miister: Piyush Goyal.

NAREDCO & Housing Ministry signed MoU to provide skill training to 2.5 lakh urban poor in construction sector
On September 29, 2018, the National Real Estate Development Council (NAREDCO) signed an MoU with the Ministry of Housing and Urban Affairs for training of 2.5 lakh urban poor in the construction sector.
i. This will be implemented under Deendayal Antyodaya Yojana-National Urban Livelihoods Mission (DAY-NULM).
ii. The implementation of this initiative will be carried out through training providers empanelled with the Construction Sector Skill Council (CSDCI).
iii. The initiative will focus on minimum 80 hours (10 days) to a maximum of 6 months of training for skill the semi-skilled construction workers.
NAREDCO:
♦ Headquarters: New Delhi.
♦ National President: Niranjan Hiranandani 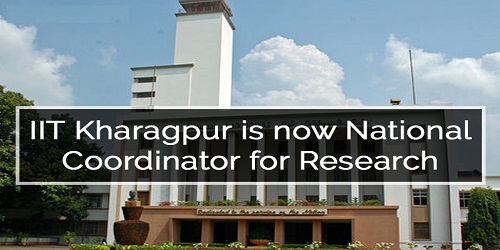 i. As a national coordinating institute, it would do the following:

ii.The Ministry also launched a dedicated web portal for SPARC- www.sparc.iitkgp.ac.in, which will be active from October 4 to November 15.
About Scheme for Promotion of Academic and Research Collaboration (SPARC):
i. This scheme aims to improve the research ecosystem of India’s higher educational institutions by:

Yuva Nestam launched in Andhra capital of Amaravati on Gandhi Jayanti
On October 2, 2018, on the eve of Gandhi Jayanti, Andhra Pradesh Chief Minister N Chandrababu Naidu launched the ‘Mukhyamantri Yuva Nestham’ scheme  in Amaravati.
i. According to the scheme, an amount of Rs. 1000 will be given as monthly unemployment allowance to eligible jobless youth of the state.
ii. It would also provide skill training to 10 lakh youth and 260 training partners have been appointed for this purpose.
iii. The training partners are from the countries of: Singapore, UK and Germany.
Andhra Pradesh:
♦ Chief Minister: N Chandrababu Naidu.
♦ Governor: E.S.L Narasimha.
♦ Capital: Amravati.
♦ National Parks: Sri Venkateswara National Park, Rajiv Gnadhi National Park, Papikonda National Park.

Sahyog-Hop Tac 2018: joint exercise of India, Vietnam commenced in Chennai
On October 3, 2018, a joint exercise of ‘Sahyog-Hop Tac 2018’ commenced off Chennai coast between Vietnam and India.
i. In this bilateral exercise, Vietnam Coast Guard ship CSB 8001 took part in it or the first time.
ii. A vessel ‘Sagar Manjusha’, owned by National Institute of Ocean Technology and vessels from Indian coast guard took part in it as well.
iii. This exercise  enhance cooperation between the two Coast Guards in areas of maritime safety and security.
Background:
It is part of an MoU for cooperation was signed between the countries in 2015.
Vietnam:
♦ Capital: Hanoi.
♦ Currency: Vietnamese dong. 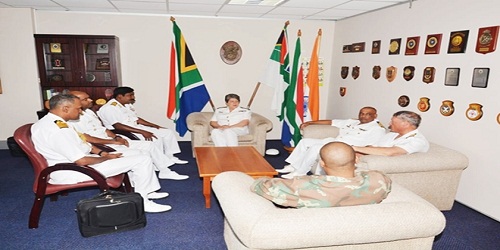 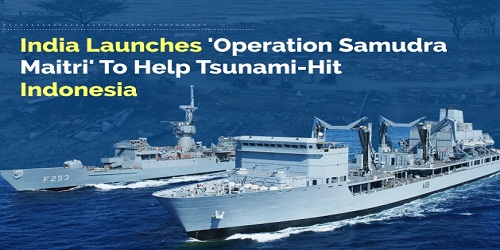 Objective:
To assist victims of earthquake and tsunami in Indonesia.
Key Points:
i. The humanitarian assistance operation consisted of the two IAF Aircrafts, C-130J and C-17 along with medical personnel and relief material.
ii. The aircrafts also had tents and equipments to set up a field hospital along with medicines, generators and water.
iii. Also, 3 Indian Naval Ships – INS Tir, INS Sujatha and INS Shardul set sail for the to carry out humanitarian assistance and disaster relief (HADR).
Indonesia:
♦ Capital: Jakarta.
♦ Currency:  Indonesian rupiah.
♦ President: Joko Widodo.

Asian Development Bank (ADB) and India sign $150 Million Loan to improve Regional Connectivity in North Bengal and North-East
On October 1, 2018, Asian Development Bank (ADB) and the Government of India signed a $150 million loan to finance regional connectivity projects in North Bengal and North Eastern states.
i. It is the 2nd tranche of a $500 million loan agreement for the South Asia Subregional Economic Cooperation (SASEC) Road Connectivity Investment Program.
ii. It was approved in 2014 and was aimed to develop 500 kms of roads in India’s North Bengal and northeastern region for better regional connectivity to regional and other SASEC member countries.
iii. The new loan will involve:

UNCTAD expects India’s GDP to rise 7% in 2018
On September 26, 2018, the United Nations Conference on Trade and Development (UNCTAD) in its Trade and Development Report predicted the GDP growth of India for 2018 to be at 7%.
i. Previously in 2017, it was 6.2%.
ii. According to  the report, India’s GDP grew 8.2% in the April-June quarter especially due to manufacturing and better farm sector performance.
iii. The main reasons for overall 7% growth are:
Expansion in services and higher demand for exports.
iv. It also stated the following:

ii. The FDs have been accredited with highes degree of safety with ‘FAAA/Stable’ rating by CRISIL and ‘MAAA (Stable)‘ rating by ICRA.
Bajaj Finserv:
♦ Headquarters: Pune, Maharashtra. 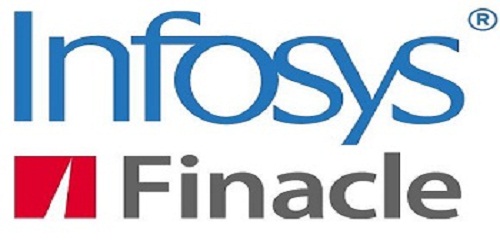 Objective:
To interact with customers with customized experiences.
Key Points:
i. The digital suite for banks is on a cloud-first architecture.
ii. It would accelerate the speed of internal and external innovation with an ecosystem of partner innovations to engage with end customers, internal users, partners and trusted parties.
iii. It would also offer comprehensive capabilities to engage retail, wealth, small business and corporate customer segments.
iv. This has already been recognized by banks of 78 countries.
Infosys:
♦ Headquarters: Bengaluru.
♦ President: Mohit Joshi. i. It has been launched in 115 aspirational districts identified by NITI Aayog in 28 States reaching to around 15,000 youth.
ii. This will help 800 trainers create and provide entrepreneurship training to the aspiring youths across these districts.
iii. For its implementation it has partnered with Banks, NABARD, NBFCs, SFBs, District Industries Centres, State Govt. etc.
iv. Also, the Ministry of Electronics & IT, Govt. of India had set up a Special Purpose Vehicle, (CSC SPV)- CSC e-Governance Services India Limitedto work with SIDBI.
v. The campaign would consist of : 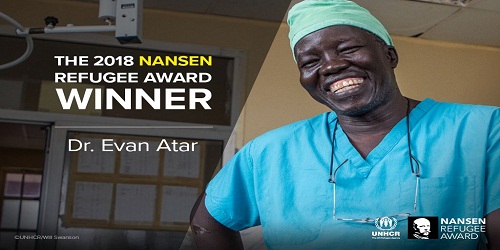 i. Dr. Evan Atar Adaha is a surgeon from South Sudan. He was awarded for his 20-year medical service to refugees of Sudan and South Sudan.
ii. He was presented the award by Filippo Grandi, UN High Commissioner for Refugees. Key Points:
i. Adam Mosseri replaces Kevin Systrom who resigned recently. Adam Mosseri was previously the Vice President of Product at Instagram. He had joined Facebook in 2008.
ii. Instagram was founded in 2010 by Kevin Systrom and Mike Krieger. It was sold to Facebook for $1 billion in 2012.
About Facebook:
♦ CEO – Mark Zuckerberg
♦ Headquarters – California, U.S.

Sudhir Garg appointed as CMD of National Small Industries Corporation (NSIC)
MSME Joint Secretary Sudhir Garg has taken charge as interim CMD (Chairman-cum-Managing Director) of National Small Industries Corporation (NSIC).
Key Points:
i. Sudhir Garg has been given additional charge as CMD of NSIC from October 1, 2018, till a period of 3 months or until further orders, whichever is earlier.
ii. NSIC is a PSU (Public Sector Unit) that functions under the administrative control of the Ministry of Micro, Small and Medium Enterprises (MSME).

Japan’s Hayabusa2 probe launches new robot MASCOT onto asteroid Ryugu’s surface
On 3rd October 2018, Japan’s Hayabusa2 probe launched the French-German Mobile Asteroid Surface Scout, or MASCOT, towards asteroid Ryugu’s surface.
Key Points:
i. MASCOT weighs 10 kg. It is box-shaped and is equipped with several sensors. It can take images at multiple wavelengths, investigate minerals with a microscope, measure surface temperatures and magnetic fields.
ii. MASCOT will be mostly immobile. It will jump only once on its mission and it can turn on its sides.
iii. It has a maximum battery life of 16 hours. It will transmit the collected data to Hayabusa2.
iv. Hayabusa2 mission was launched in December 2014 to study the origins of the solar system. It will return to Earth with samples in 2020.
About Japan Aerospace Exploration Agency (JAXA):
♦ President – Hiroshi Yamakawa
♦ Headquarters – Tokyo, Japan 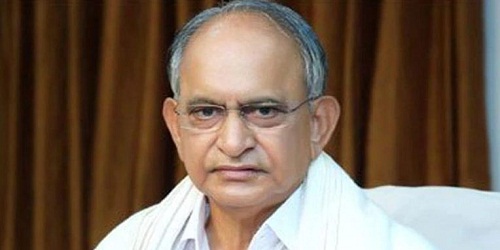 i. M V V S Murthy was 76 yaers old. He served as member of Lok Sabha from Visakhapatnam for two terms from 1991 to 1996 and 1999 to 2004.
ii. He was elected to Andhra Pradesh Legislative Council in 2014. He was also Chairman of Visakhapatnam Urban Development Authority from 1987 to 1989.
iii. He founded the Gandhi Institute of Technology and Management (GITAM) at Rushikonda, Andhra Pradesh.