Government forms a Committee of Secretaries headed by Rajiv Guaba to study telecom sector’s financial stress
On October 29, 2019, Union government formed a Committee of Secretaries (CoS), headed by Cabinet Secretary Mr Rajiv Gauba to examine the financial stress of the telecom sector faced by service providers such as Bharti Airtel and Vodafone-Idea Ltd.

The panel includes the secretaries to the ministries of finance, law, and telecom, which is looking at a payout of Rs 1.33 trillion to clear statutory dues & suggest measures to overcome it.
Key Points:
i. It will consider the demand of Telecom Service Providers (TSPs) to defer spectrum auction payment for 2020-21 and 2021-22 in order to ease cash flow and consider lowering Universal Obligation Fund (USOF) charge to 3%.
ii. It will also review the Spectrum Usage Charges (SUC) and consider lowering the obligation of TSPs for providing 5% of their annual revenues for the USOF.
iii. It is expected to meet shortly and submit recommendations in a time-bound manner.

IIMC ranked 17th & IIMA 21st in Financial Times- Masters in Management Rankings 2019, University of St.Gallen tops the list
On October 28, 2019 The Financial Times Masters in Management Rankings 2019 was released. Among the Indian B(business) schools, the Indian Institute of Management- Calcutta (IIMC) topped the list by ranking in 17th position overall. The list was topped by University of St.Gallen in Switzerland.

Three Indian-origins named among top 10 in ‘The Best-Performing CEOs in the World, 2019’ list by HBR, Jen-Hsun Huang tops
On October 29, 2019, Three Indian-origin CEOs (chief executive officer), Shantanu Narayen (CEO of Adobe Inc), Ajaypal Singh Banga (CEO of Mastercard) and Satya Narayana Nadella (CEO of Microsoft) are among the world’s top 10 best-performing chief executives, featured in a list of ‘The Best-Performing CEOs in the World, 2019′ prepared by Harvard Business Review (HBR).
Narayen of Adobe is at 6th place in the list and Banga is at 7th position. Microsoft’s Nadella ranks 9th  on the list. 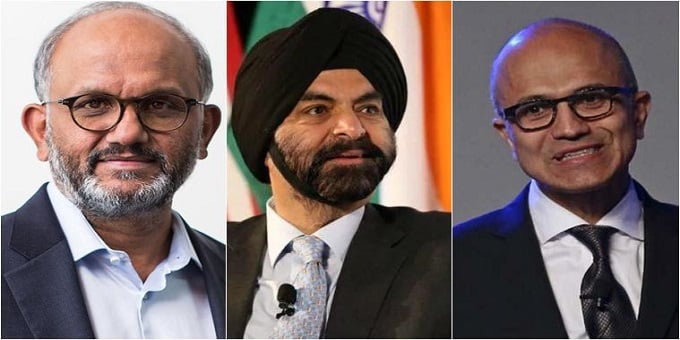 Key points:
i. Jen-Hsun Huang, the CEO of the US (United States) -based technology company Nvidia, ranked 1st  on the list, which features 100 CEOs…..Click Here To Read More

On October 29, 2019, The President of India, Mr Ram Nath Kovind conferred the 1st Edition of National Corporate Social Responsibility Awards (NCSRA) for 2019 in New Delhi. The jury recommended 19 winners and 19 honourable mentions across the 3 award categories, out of the 528 entries received for NCSRA. i. Categories: The 3 main categories were Corporate Awards for Excellence in CSR sub divided into 4- Companies have eligible CSR Spend above 100 crores; Spend between 10 crores and 99.99 crores; Spend between 1 crores and 9.99 crores and Spend below 100 crores; plus four honourable mentions. Second category was Corporate Awards in CSR in Challenging Circumstances: (up to five awards) plus five honourable mentions and third category; Up to 11 Awards based on contribution to National Priority Schemes plus 11 Honorable Mentions of companies which have undertaken appreciable CSR activities….Click Here To Read More 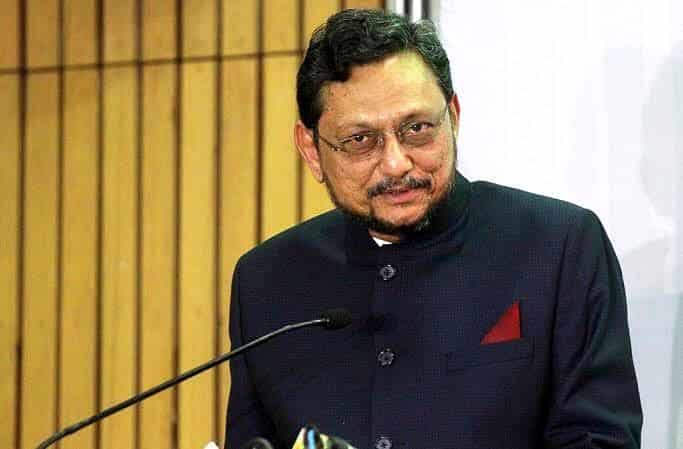 Key points:
i. As per convention, the outgoing CJI Ranjan has recommended the name of Bobde. He is also the senior-most judge in the Supreme Court.
ii. Bobde is also included in the bench of five judges hearing the Ayodhya land dispute case.
iii. Justice Bobde: Born on 24 April 1956 in Nagpur, Maharashtra, Bobde is the second most senior judge of the Supreme Court after the Chief Justice. He has previously been the Chief Justice of Madhya Pradesh High Court. His father, Arvind Bobde, was a former advocate-general of Maharashtra. Apart from this, he has also worked as an additional judge in the Bombay High Court in 2000.
About CJI:
CJI is the head of the judiciary of India & the Supreme Court (SC) of India. The CJI also heads their administrative functions. As head of the supreme court, he is responsible for the allocation of cases and appointment of constitutional benches which deal with important matters of law.

Indian-American interventional gastroenterologist Amit Sachdev appointed to prestigious 2019-20 class of white house fellows
On October 28, 2019, New York-based Indian-American Amit Sachdev, an interventional gastroenterologist &  board-certified internist, is among 15 people selected to the prestigious 2019-2020 Class of White House Fellows with the Department of Health and Human Services, White House, Washington, USA (United States of America).
Key points:
i. 15 people were selected based on a record of professional accomplishment, evidence of leadership skills, the potential for further growth, and a commitment to service spend a year working as a full-time, paid fellow to senior White House Staff, Cabinet Secretaries, and other top-ranking government officials.
ii. Sachdev , who completed his training at Brigham and Women’s Hospital and Harvard Medical School in Boston, United States(US), is focused on developing novel approaches to fight obesity, transforming healthcare delivery, and is passionate about healthcare innovation.
iii. He also had the privilege of studying cell signaling with the winner of the 1999 Nobel Prize in Medicine Dr Gunter Blobel.

Overview of 7th CISM Military World Games for 2019
The 7th CISM Military World Games – 7th PEACE GAMES for the year 2019 were held at Wuhan Sports Center in Wuhan, Hubei Province, China from October 18–27, 2019 under the motto Military Glory, World Peace. It was the first international military multi-sport event to be held in China. This event occurs once in 4 years. The medal standing was topped by China while India ranked 27th. 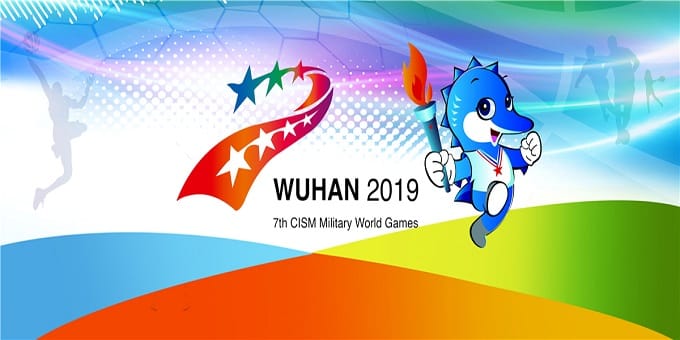 Key Points:
i.It was organized by the Military Sports Commission of China, Ministry of National Defense of the People’s Republic of China and the military commands (Army) in accordance with CISM [International Military Sports Council (IMSC) or Conseil International du Sport Militaire (CISM)] regulations and the rules of the International Sports Federations.
ii.6 sport disciplines including badminton, tennis, table tennis, women’s boxing and men’s gymnastics made their debuts in the event.
iii. For the first time in the history of the Military World Games, an Olympic village was set up for the athletes prior to the commencement of the Games.
iv.More than 140 nations had participated in 329 events in 27 sports.
v.Col. Mamby Koita, secretary-general of CISM presented Fair-Play Honor to France. It secured 13 gold, 20 silver, 24 bronze medals by participating in 25 events….Click Here To Read More

Overview of 45th Edition of Erste Bank Open 2019
The 45th Edition of Erste Bank Open (Vienna Open) 2019, a men’s tennis tournament, was held at Wiener Stadthalle, Vienna, Austria from October 21-27, 2019. It was a part of the Association of Tennis Professionals (ATP) World Tour 500 Series of the 2019 ATP Tour and had prize money of €2,296,490.
Key Points:
i. In Men’s singles category, Dominic Thiem of Austria clinched his first Vienna open title by defeating Diego Schwartzman of Argentina.
ii. In Men’s Doubles category, Rajeev Ram of America & Joe Salisbury of Great Britain defeated Łukasz Kubot (Poland) & Marcelo Melo (Brazil) to clinch the title.
iii. Italy’s Matteo Berrettini reached Top 10 for the first time in his career in the ATP rankings after the Vienna Open. He is currently ranked 8th.
About ATP:
♦ Founded: September 1972
♦ Chairman: Chris Kermode….Click Here To Read More 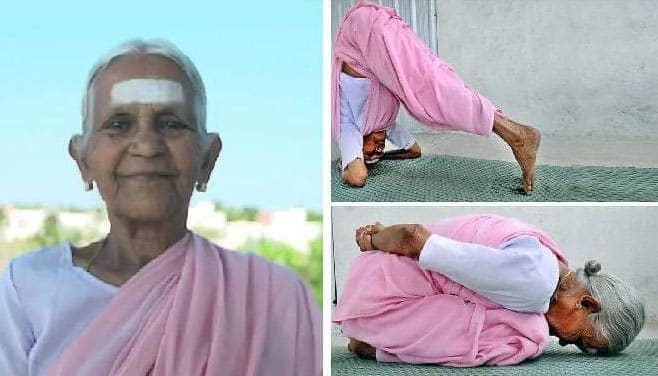 Key points
i. Born in 1920 in Zameen Kaliayapuram, Coimbatore, Nanammal had received various awards. Some of them include the Nari Shakti Puraskar award received from former President of India Pranab Mukherjee in 2016, India’s fourth-highest civilian award the Padma Shri in 2018, Yoga Ratna award in 2017, etc.

Famous Kollywood actor & mimicry artist, Mano died in a car accident at the age of 37

On October 28, 2019, Famous Kollywood (Tamil cinema) actor, comedian & Mimicry artist Mano has died in a car accident in Chennai, Tamil Nadu. He was 37.

i. Mano acted in the Tamil film Puzal,which was directed by Azhagu. He had participated in several reality shows and was also a very good dancer & television (TV) host.

Man Booker Prize-shortlisted Sri Lankan author Romesh Gunesekera‘s new novel “Suncatcher” is set to release in November 2019. It is published by Bloomsbury Publishers. It is a coming-of-age story about difficult friendships and sudden awakenings.

i. His previous book was “Noontide Toll” which described the key moments in post-war Sri Lanka. 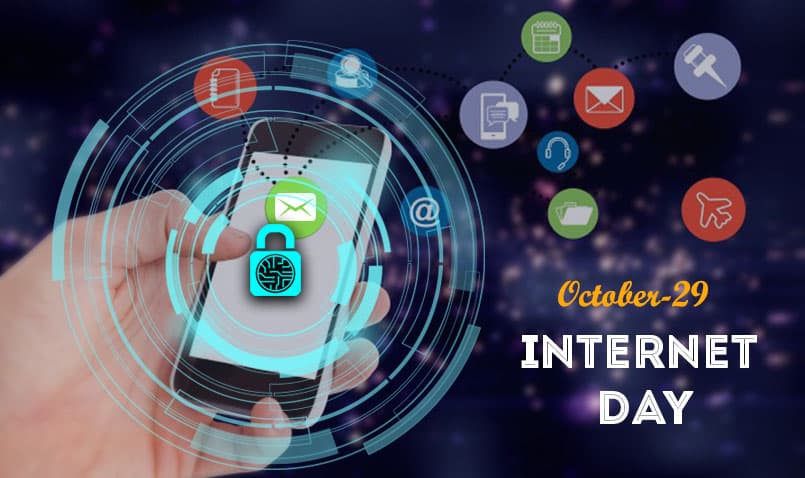 Key points:
i. The first message that was ever transmitted across the internet were “L” and “O” and consisted of two computers for transmission. At the time, the Internet was known as ARPANET (Advanced Research Projects Agency Network). This was the year of 1969 when Charley Kline, a student programmer at the University of California, Los Angeles (UCLA) transmitted the above first ever message from his computer to the computer of Bill Duvall, a scientist at the Stanford Research Institute (now known as SRI International) on the other side of California.

World Stroke Day observed on October 29, 2019
The World Stroke Day is observed annually on October 29 to create awareness on prevention of the seriousness of strokes and to ensure better care and support for stroke survivors. The day was first started by the World Stroke Organization(WSO) in 2006 and it was declared as a public health emergency in 2010. The hashtag for 2019 on WSD is “#DontBeTheOne” focusing to prevent the disease, as one in 4 people are at the risk of suffering from stroke.
Key points:
i. Indian Council of Medical Research’s (ICMR) survey in 2017 reports that Indians have higher risk of developing strokes compared with people living in America and also that every minute, three Indians suffer from a stroke.
ii. Indian observance: Various cities in India observed WSD, some of them were Chennai (Tamil Nadu(TN)), Chandigarh (Punjab & Haryana), Trichy(TN), Kota(Rajasthan), Rajahmundry (Andhra Pradesh). These states had their own observances like awareness programs, public talks etc.
iii.Stroke: A stroke is a disease affecting the arteries of the brain. A stroke occurs when a blood vessel in the brain ruptures and bleeds, or when there’s a blockage in the blood supply to the brain
About World Stroke Organisation:
Founded- 2006.
WSO was founded after merging of two organizations previously in existence, the International Stroke Society (ISS) and the World Stroke Federation (WSF).

International Chefs Day observed on October 20, 2019
International Chefs Day is observed annually on October 20, 2019, to celebrate the profession of chefs. The day was first observed in 2004 by chef Dr. Bill Gallagher of Worldchefs, an organization of the World Association of Chef Societies. The Worldchefs has partnered with Nestlé professionals about the importance of healthy eating. The 2019 campaign theme is “How Healthy Food Works”.
Key points:
i. In India, the day was celebrated by the International Institute of Hotel Management, Delhi by organizing a sustainability cyclathon in partnership with Indirapuram Cycling Club, Delhi.

Renowned journalist Taro Chatung of Arunachal Pradesh passes away at 57
On October 26, 2019, Renowned journalist Taro Chatung, considered as a pioneer of electronic media in Arunachal Pradesh, has passed away at a hospital in Itanagar after a prolonged illness. He was 57. He hailed from Kudumbarang, Hija, in Lower Subansiri district, Arunachal Pradesh.
i. Chatung is best known for his straight questions in  Doordarshan’s (DD) ‘News and Views’ program, which broke all viewership records. He is also called the ‘father of electronic media’ in the state.
ii. In 1988, He started on his journalism & filmmaking career after leaving his state civil service job.
iii. He was a founding member of the Arunachal Press Club (APC) and Arunachal Pradesh Union of Working Journalists (APUWJ). He worked as the president of both the union and the club.
iv. Chatung, a state gold medal awardee, was one of the first in the state to direct and produce a Hindi feature film as it is spoken in Arunachal Pradesh.