On October 25, 2019 New Delhi based Non-Profit Organisation(NPO), the Gandhi Mandela Foundation has constituted the first-ever Gandhi Mandela Award in 2019. It is India’s first international award announced on the 150th birth anniversary of Mahatma Gandhi on October 2, 2019, and will be organized in India in December 2019. The award honours exemplary work and achievements of the heads of state and govt. and other distinguished persons/organizations around the world.

Second edition: The second edition of the award is planned to take place in London on October 2,2020. 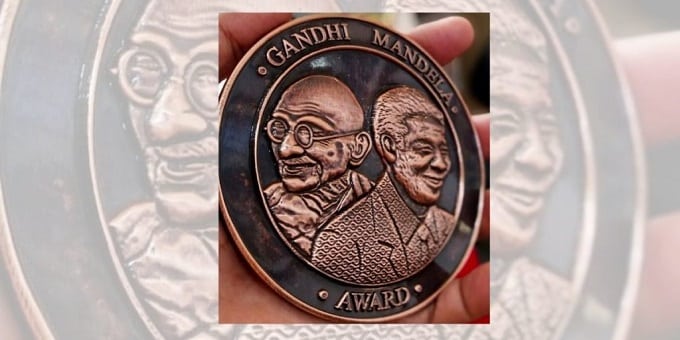 Key points
i.These awards will be given to people with contributions in the fields of Peace, Social Welfare, Culture, Environment, Education, Healthcare, Sports and Innovation.

About the Gandhi Mandela Foundation