We are here for you to provide the important Current Affairs October 24 2018, which have unique updates of all daily events from all newspapers such as The Hindu, The Economic Times, PIB, Times of India, PTI, Indian Express, Business Standard and all Government official websites. 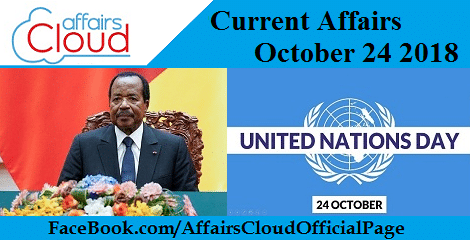 i. Since Varanasi, Bhadohi and Mirzapur–cities in Uttar Pradesh– were important centres of the carpet industry, it would augment the efforts of the handicrafts and small and medium industries.
ii. This is also a part of the ‘Made in India’ initiative.
iii. India is today the biggest producer of carpets, and has about 35 per cent of the global market share.
About the expo:
i. The Expo will be held for 5-days from October 21-24th 2018 at Varanasi, Uttar Pradesh.
ii.Manufacturers & Exporters from main carpet producing areas like Bhadohi, Mirzapur, Varanasi, Agra, Jaipur, Panipat and Srinagar etc. will be participating in the event showcasing their handmade carpets, rugs and other floor-coverings in the Expo.
iii. It was  started in the year 2000 and is a biannual fair.
Ministry of Textiles:
♦ Union Minister: Smt. Smriti Zubin Irani.
♦ Minister of State: Shri. Ajay Tamta.
♦ Secretary: Shri Raghvendra Singh. i. It was initiated in 2017-18 and is aimed at pledging to minimize bursting of crackers.
ii. This edition has been merged with “Green Good Deed” movement for conservation and protection of environment.
iii. It has been extended Pan-India and will last till the 1st week of November.
iv. Earlier in this campaign, children were advised to celebrate Diwali in an environment-friendly manner:

“Iron Magic 19”: UAE, US kick off two-week joint military exercise
On 21st October 2018, United Arab Emirates (UAE) and the United States (US) started a two-week military exercise named“Iron Magic 19” in the Arabian Gulf.
Key Points:
i. Iron Magic 19 will be held till November 1, 2018. It is part of a series of joint military exercises throughout the year between the UAE armed forces and the armed forces of other countries.
ii. This exercise aims to enhance cooperation, joint actions and exchange of expertise in military areas.
iii.  A major part of UAE military hardware, like F-16 fighter jets, Mirage jets and Apache Longbow attack helicopters, are manufactured by companies from the US, Britain and France.
About United Arab Emirates (UAE):
♦ Capital – Abu Dhabi
♦ Currency – UAE dirham
♦ Official language – Arabic
♦ President – Khalifa bin Zayed Al Nahyan
♦ Prime Minister – Mohammed bin Rashid Al Maktoum

NABARD, Ayurvet Research Foundation (AFR) sign MoU for collaborative initiatives in Haryana
Haryana regional office of NABARD (National Bank for Agriculture and Rural Development) has signed a MoU with Delhi-based Ayurvet Research Foundation (ARF) to facilitate several collaborative initiatives for integrated agricultural and rural development of Haryana.
Key Points:
i. Major initiatives covered under this MoU will be in the resource-poor districts of Haryana.
ii. This MoU will enable to find practical solutions to the problems and challenges faced in integrated development of some districts of Haryana.
iii. This MoU will be enable planning and implementation of programmes like natural resource management, village development, exploring and creating alternative employment generation opportunities, upscaling micro-finance activities and supporting farmer producer organisations, through joint efforts of NABARD and ARF.
About (National Bank for Agriculture and Rural Development):
♦ Chairman – Harsh Kumar Bhanwala
♦ Headquarters – Mumbai

BoB-Dena-Vijaya Merged Bank to get growth capital from government
On October 23, 2018, BoB-Dena-Vijaya Merged Bank will get capital infusion from the government to meet certain criteria.
i. It was announced that the merged entity will be receiving a cushion of at least 50-100 basis points above the existing regulatory capital requirements.
ii.  It would be done to have a credit growth of 15%.
iii. According to government data, the proposed combined entity had CAR of 12.25% by the end of June 2018.
iv. Additionally the government would give some support to Dena Bank in this fiscal to help it cope with the shortcomings of regulatory requirements.
About the amalgamation:
The amalgamation will be the first three-way consolidation of banks in India, with a combined business of Rs 14.82 lakh crore.
About Government’s aid:
In 2017, the government had announced a Rs 2.1 lakh crore bank recap plan of which Rs 1.35 lakh crore was to be given through re-capitalisation bonds, and the balance Rs 58,000 crore was to be raised from the market by the banks.

Indian banks’ profitability weaker than BRICS peers, to improve next fiscal
On October 23, 2018, Moody’s Investors Service in its report stated that profitability of Indian banks is “distinctively weak” compared to the other BRICS nations.
i. In India, the system-wide asset quality is weak due to stressed public sector banks, which dominate the sector.
ii. Indian banks have a tangible common equity ratio of 8.7 per cent at the end of 2017.
iii.  It is unprofitable and has a negative ROA due to high credit costs at dominant state-owned banks.
iv. The profitability will remain under pressure for the rest of the current fiscal year, which ends in March 2019.
iv. Although it will improve from the next fiscal year as asset quality stabilizes.
Comparing with BRICS:
i. Indian lenders had the second highest non-performing loan at 2017-end, followed by banks in Brazil, South Africa and China.
ii. Russian banks had the highest ratio of 11.8 percent.
iii. Brazilian banks had an NPL ratio of 3.5 per cent at the end of 2017, compared with 2.9 per cent for South African banks and the lowest of 1.5 per cent for Chinese banks.
iv. Furthermore, new non-performing loan (NPL) formation will be moderate in the next 12-18 months and will decline as a result of stressed asset resolution.
Moody’s Corporation:
Headquarters: New York, USA. 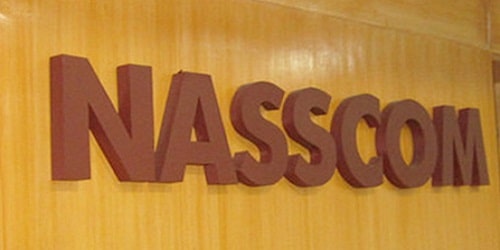 Objective:
Promoting business-to-business cooperation and talent transfer from India to Japan.
Key Points:
i. The project will be formally initiated by early 2019.
ii.  Through this partnership, Japan would be able to have a cluster of IT and software industry.
iii. India would be getting a gate way to the cutting-edge manufacturing technology of Japan.
iv. Indian companies on the software side can help Japanese manufacturing companies adopt digital transformation and create innovative product and solutions lines.
Japan:
♦ Capital: Tokyo.
♦ Currency: Japanese yen.
About NASSCOM
♦ Full Form: National Association of Software and Services Companies (Nasscom)
♦ NASSCOM is the premier trade body and the chamber of commerce of the IT-BPM industries in India.
♦  It handles business related to the software development, software services, software products, consulting services, BPO services, e-commerce & web services.
♦  Chairman: Mr. Rishad Premji.
♦  President: Ms. Debjani Ghosh.

Direct Tax Statistics released by CBDT
On October 22, 2018, the Central Board of Direct Taxes (CBDT) released key statistics relating to direct tax collections and administration in public domain.
i. These consisted of time-series data as updated up to FY 2017-18 and income-distribution data for AY 2016-17 and AY 2017-18.
ii. The important points from this statistics are: 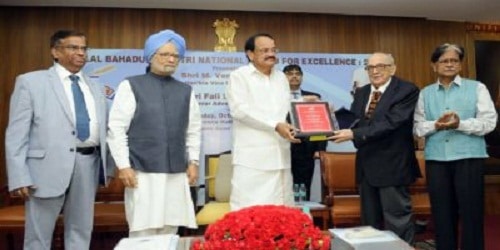 i. The award has been institutionalized in the name of Lal Bahadur Shastri, the 2nd Prime Minister of India and a senior leader of the Indian National Congress political party. 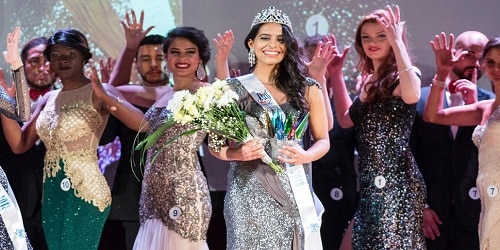 i.  She is the first Indian to have won any title at the Miss Deaf World Pageant.
ii. Prior to this title, Nishtha had also won the Miss Deaf India title on February 26, 2018 in Jaipur.
iii. She is the brand ambassador for Sivantos India Pvt Ltd. (Formerly Siemens hearing Instruments Pvt Ltd.), the world’s leading brand of hearing aids.
iv.  She had also participated in Deaflympics 2013 (held in Sofia, Bulgaria), World Deaf Tennis Championship 2015 (held in Nottingham, UK) and Deaflympics 2017 (held in Samsun, Turkey). 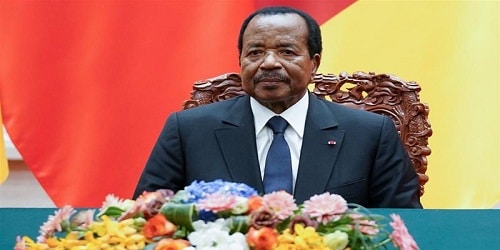 Paul Biya – President of Cameroon:
i. Paul Biya has been ruling Cameroon since 1982. He is 85 years old.
ii. He had won 71.3 % of the ballot in the presidential election held on October 7, 2018. His rival Maurice Kamto came second with 14.2 % of the vote.
About Cameroon:
♦ Capital – Yaoundé
♦ Currency – Central African CFA franc
♦ Official languages – English, French
♦ Prime Minister – Philémon Yang

Suresh Nambath appointed as the next Editor of ‘The Hindu’
On October 23, 2018, the board of directors of The Hindu Publishing Group appointed senior journalist Suresh Nambath as editor of The Hindu.
i. His appointment with be effective from March 1, 2019.
ii. He will succeed Mukund Padmanabhan, who has been editor since March 2016.
iii. Earlier to this, Nambath has been working as the national editor of The Hindu since October 2015.
iv. He has been working with the newspaper for the last 22 years.
The Hindu:
Headquarters: Chennai.

Indian researchers develop skin gel that will protect farmers from pesticides
Indian researchers have developed a gel when applied on the skin, can inhibit some pesticides from getting absorbed into the body, and would help preventing serious adverse effects and even death.
i. The gel was developed by a team led by Dr. Praveen Kumar Vemula from the Institute for Stem Cell Biology and Regenerative Medicine, Bengaluru.
ii. Organophosphate-based pesticides, commonly used by farmers in India, penetrate through the skin and affect the nervous system and heart, and cause cognitive dysfunction.
iii.  The researchers have developed a gel for topical application. Active ingredients of the gel are attached to chitosan (a substance found in the hard outer shells of crab and shrimp) so the gel does not penetrate the skin. 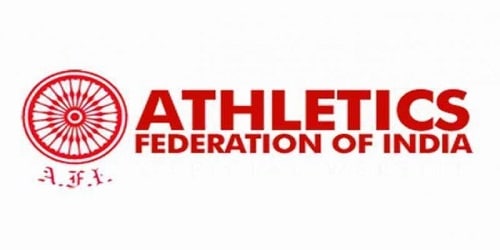 Key Points:
i. The award will be presented at the India Sports Awards ceremony, at Federation House, New Delhi.
ii. The Jury for the awards was chaired by Justice (retd) Mukul Mudgal.  Pankaj Singh is the sports head of FICCI.
About Athletics Federation of India:
♦ President – Adille Sumariwalla
♦ Location – New Delhi

World Polio Day – October 24
On 24th October 2018, World Polio Day was observed all over the world.
Key Points:
i. World Polio Day was initiated by Rotary International more than a decade ago to commemorate the birth of Jonas Salk, who developed a vaccine against poliomyelitis.
ii. Polio or poliomyelitis is a highly contagious disease caused by poliovirus. It attacks the nervous system. Children less than 5 years of age are highly vulnerable to this disease.
iii. This day aims to create awareness on polio and efforts taken to eliminate this disease.
iv. India received polio-free certification along with the entire South-East Asia Region of WHO (World Health Organisation) on 27th March 2014 by WHO.
About Rotary International:
♦ President – Barry Rassin
♦ Objective – provides service to others, promote integrity, and advance world understanding, goodwill, and peace 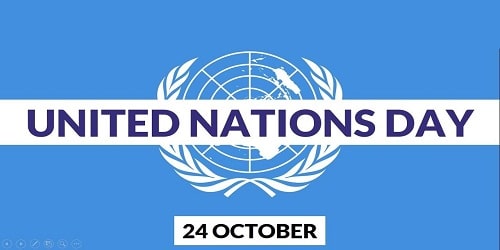 Key Points:
i. When: United Nations Day is celebrated on October 24 since 1948. In 1971, United Nations General Assembly recommended this day to be observed by Member States as a public holiday.
ii. Why: This day marks the anniversary of UN Charter’s entry into force in 1945. With the ratification of this founding document by the majority of its signatories, the United Nations officially came into force.
iii. 2018 UN Day Concert will be in UN Headquarters in New York, with the theme “Traditions of Peace and Non-violence”.
iv. The “People on the Move” photo exhibition on refugees and migration is displayed in UN Headquarters in New York, from October to November 2018.
About United Nations:
♦ Secretary‑General – António Guterres
♦ Headquarters – New York City, United States 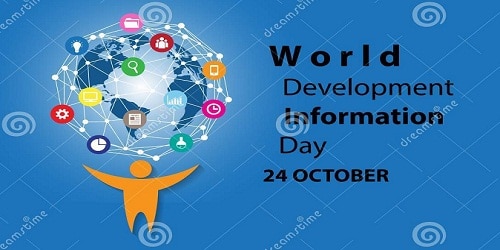