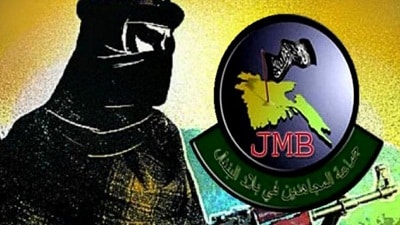 2nd SCO Mass Media Forum inaugurated at Bishkek in Kyrgyzstan
Indian delegation participated in 2nd Shanghai Cooperation Organization (SCO) Mass Media Forum at Bishkek in Kyrgyzstan. It is a 4-day forum inaugurated by the President of Kyrgyz Republic, S. Jeenbeko held from May 23-26 May, 2019. The Indian delegation was represented by the Ministry of Information and Broadcasting which included TVK Reddy, Addl. Director General and Ankur Lahoty, Asst. Director.
Key Points:
i. The main aim is to strengthen the exchange and cooperation in the field of mass media amongst SCO countries.
ii. Indian Delegation featured the vital role of the Ministry of Information and Broadcasting in the development of the mass media landscape within the country.
iii. The SCO Member States adopted the Resolution of Media Forum which calls for establishing successful collaborations of Mass Media Organizations of the SCO member Countries.
iv. The Delegation invited all the SCO member delegates to the Golden Jubilee edition of International Film Festival of India to be held in Goa in November 2019.
About SCO Media Summit:
The first SCO Media Summit was held in Beijing on June 1, 2018. This event was held under the motto “Development of the Shanghai Spirit and opening of a new era in the mass media cooperation”, where over 110 media outlets from 16 countries participated, including the SCO Member States, Observer States and Dialogue Partners.
About Kyrgyzstan:
♦ Capital: Bishkek
♦ Currency: Kyrgyzstani Som

WHO introduced a plan to tackle global snakebite
World Health Organisation (WHO) in its report, introduced a new strategy to prevent and control snakebite envenoming, a neglected tropical disease which affects 1.8 to 2.7 million people every year and 81,000 to 1,38,000 people died. The objective of this strategy is to halve the numbers of deaths and cases of disability due to snake envenoming over the next 12 years.
Key Highlights
i. This new strategy unveiled by WHO was developed by a 28-member panel of global experts in consultation with WHO regional offices, the scientific and research community, health foundations, advocacy groups and other stakeholders.
ii. The impact of snake venom is very serious. It can cause paralysis that stops breathing, bleeding disorders, irreversible kidney failure and tissue damage that can cause permanent disability and limb loss.
iii. According to WHO reports, the most affected people with snakebites are living in the world’s tropical and poorest regions, and children are worse affected due to their smaller body size.
About WHO
♦ Headquarter: Geneva, Switzerland
♦ Director General: Tedros Adhanom

China continues to use Banned Ozone-Depleting CFC-11 violating Montreal Protocol
China has been using CFC-11 or Trichlorofluoromethane, a banned Ozone-Depleting chemical. This was published in the journal Nature. It is against the 1987 Montreal Protocol.
Key Points:
i. As per the study released in May 2018, emissions of CFC-11 were on the rise since 2013. It witnessed a 25% rise since 2012.
ii. Between 2008 and 2012, eastern China emitted an average of about 6,400 metric tonnes of CFC-11 per annum and it was increased to 13,400 metric tonnes per annum from 2014 to 2017.
iii. China is the world’s largest polyurethane foam market. According to UK-based Environmental Investigation Agency (EIA), the Chinese foam manufacturers have been using CFC-11 illegally to save on the higher cost of alternatives such as hydrochloro-fluorocarbons like HCFC-141b and factories in Shandong province were still making and using gas to manufacture foam insulation.
About CFC-11:
CFC-11 is one of a class of compounds called chlorofluorocarbons that destroy atmospheric ozone. They are the potent greenhouse gases that contribute to atmospheric warming.
About Montreal Protocol:
The Montreal Protocol, a protocol to the Vienna Convention for the Protection of the Ozone Layer, is an international treaty designed to protect the ozone layer by phasing out the production of numerous substances that are responsible for ozone depletion. It was agreed on 26 August 1987 and came into force on 16 September 1989. It has 46 signatories.

RBI publicized draft circular on “liquidity risk management for NBFCs “
The Reserve Bank of India (RBI) has introduced the “Liquidity Risk Management Framework for Non-Banking Financial Companies and Core Investment Companies” for public comments by June 14, 2019. The eligible entities for this draft framework are all deposit-taking NBFCs; non-deposit taking non-banking financial companies (NBFCs) with an asset size of over Rs 100 crore and all core investment companies (CICs) registered with RBI.
Proposals of draft circular:
i. To introduce Liquidity Coverage Ratio (LCR) for all deposit-taking NBFCs, and non-deposit taking NBFCs with an asset size of Rs 5,000 crore and above. Starting from April 2020, NBFCs will have to maintain a minimum of 60% of LCR as high liquid assets which will be increased to 100% by April 2024. LCR is the proportion of high liquid assets set aside to meet short term obligations.
ii. NBFC’s should ensure that the difference between inflows and outflows during the first 7 days is not more than 10% of the total outflows. Similarly, over the next 8-14 days and 15-30 days, the cash flow mismatch should be only 10-20% of the cumulative outflows.
iii. To introduce a stock approach to liquidity as opposed to a cash flow approach to ensure asset adequacy to repay debt.
Reason behind this framework:
NBFC sector has faced rating downgrades and debt defaults. In order to perform their role effectively and efficiently, NBFCs are required to be financially resilient and properly governed so there is a need for a stronger Asset Liability Management (ALM) framework in the NBFCs.
About NBFC:
♦ It is a company registered under the Companies Act, 2013 of India.
♦ Regulated by – RBI 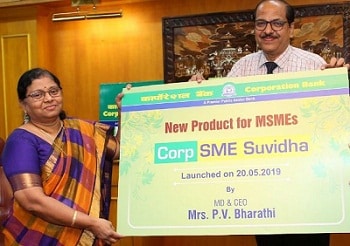 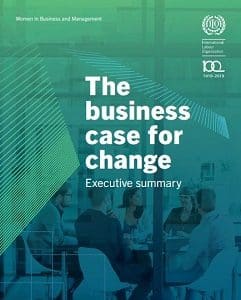 Key Highlights
i. The report was based on the findings on a survey of nearly 13,000 companies across 70 countries.
ii. As per 57% companies, a growing number of women at the top made it easier for the company to attract and retain talent while 54 % companies agreed that with effective gender inclusivity improved creativity, innovation, and openness and enhanced their company’s reputation.
iii. The ILO’s report also analyzed data from 186 countries between 1991 and 2017 which revealed that increasing women’s employment is directly associated with more economic growth at the national level.
iv. The data from the report also showed that in the last decade women’s employment has grown worldwide but, they still remain 26% less likely to hold a job than men.
About ILO
♦ Headquarter: Geneva, Switzerland
♦ Director General: Guy Ryder 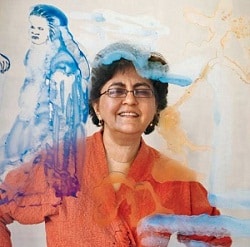 Key Points:
i. It is awarded for those artists who show the same spirit of exploration, innovation, commitment and freedom which characterizes the life and work of Spanish painter and sculptor, Joan Miro.
ii. Nalini Malani was awarded for her work that gave a voice to “the silenced and the dispossessed all over the world, most particularly women”.
iii. She was awarded  €70,000 (Rs 54.5 lakh) and the production cost of an exhibition work to be held in Barcelona, Spain in 2020 will be covered by them.
iv. Past recipients of the prize are Olafur Eliasson, Pipilotti Rist, Mona Hatoum, Roni Horn, Ignasi Aballí and Kader Attia.
v. Fundació Joan Miró is a Spanish art museum that gives the award along with the bank La Caixa. Joan Miró is the founder of the Fundació Joan Miró in 1975. Key Highlights
i. On March 6, 2019, NSIL was incorporated for the purpose of utilising research and development activities carried out by ISRO in the area of space with an authorized share capital of Rs 100 crore and initial paid up capital of Rs 10 crore.
ii. NSIL will be responsible for manufacturing and production of Small Satellite Launch Vehicle (SSLV) and Polar Satellite Launch Vehicle (PSLV) through technology transfer mechanisms.
About ISRO
♦ Headquarter: Bengaluru
♦ Chairman: K. Sivan

IAF`s AN-32 aircraft formally certified to operate on indigenous bio-jet fuel
The Russian made AN-32 transport aircraft of Indian Air Force’s (IAF) has got the formal fleet certification to fly on blended aviation fuel containing up to 10% of indigenous bio-jet fuel. The approval certification was given by P Jayapal, Chief Executive, Centre for Military Airworthiness and Certification (CEMILAC) to Air Commodore Sanjiv Ghuratia, Air Officer Commanding at the aero-engine test facilities at Chandigarh.
i. The certification has been provided after its thorough evaluation against international standards. Also, the use of bio-fuel is a major push to Make in India’ mission.
Background:

DRDO successfully test fired a guided bomb from Sukhoi combat jet in Pokhran, Rajasthan
On May 24, 2019, The Defence Research and Development Organization (DRDO) successfully test fired a 500 kg class guided bomb from Sukhoi combat jet (Su-30 MKI Aircraft) in Pokhran, Rajasthan.
Key Points:
i. As per the Ministry of Defence, the mission objectives have been met during the test firing of the bomb. It fulfilled the desired range and hit the target with high precision.
ii. The mission was accomplished two days after the Indian Air Force successfully test fired the aerial version of the supersonic BrahMos cruise missile from Sukhoi jet at the Andaman and Nicobar Islands. It is a 2.5 tonne air-to-surface missile with a range around 300 km and travels at a speed of Mach 2.8.
About DRDO:
♦ Headquarters: New Delhi
♦ Founded: 1958
♦ Motto: “Strength’s Origin is in Science”
♦ Chairman:  Dr. G. Satheesh Reddy

NASA unveiled schedule for 2024 Moon mission ‘Artemis’
On May 23, 2019, NASA unveiled schedule for 2024 Moon mission ‘Artemis’. The Mission is named ‘Artemis’ after the Greek mythological goddess of the Moon and twin sister to Apollo.
Key Points:
i. This Mission has committed to take a female astronaut to the surface of the moon for the first time.
ii. There will be 3 Schedules for the launch. Artemis 1 is planned for 2020. Artemis 2 will orbit Earth’s satellite with a crew around 2022 and Artemis 3 will land the astronauts including the first woman in 2024.
iii. The three will be launched into space by the Boeing-led Space Launch System (SLS), the biggest rocket of all time, which is currently under development.
iv. Along with these missions, there will be 5 launches carrying the building blocks of the lunar mini-station “Gateway”. These will be carried out between 2022 and 2024 by private space companies.
v. NASA has chosen Maxar, a private firm to build the first module of the station.
About NASA:
♦ Headquarters: Washington, DC
♦ Administrator: Jim Bridenstine
♦ Formation: July 29, 1958 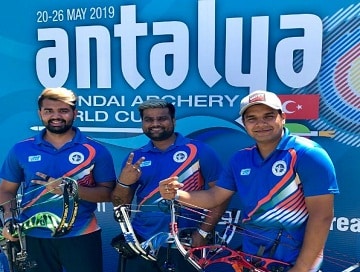 Key Points:
i. The trio performed against Anton Bulaev, Alexander Dambaev and Pavel Krylov of Russia and registered a win with 235-230. India scored 59, 58, 59, 59 in four rounds.
ii. In women’s team bronze medal playoff, a trio of Jyoti Surekha Vennam, Muskan Kirar and Swati Dudhwai lost to Great Britain’s Layla Annison, Ella Gibson and Lucy Mason by 228-226 finishing fourth.
iii. The World Cup Stage 3 is an Olympic qualifying event. It is the last meet before the World Championships in the Netherlands.

India Open International Tournament 2019
The 2nd edition of India Open International Boxing Tournament 2019 was held in at Karmabir Nabin Chandra Bordoloi Indoor Stadium in Guwahati, Assam from May 20 to 24, 2019. Total of 200 players from 16 countries had participated in the boxing event. The competition had held in a total of 18 categories, 10 for men and 8 for women. The prize money for gold medallist was USD 2,500 and silver medallist was USD 1,000.
In the tournament, India won a total 57 medals which include 12 gold, 18 silver, and 27 bronze medals. The event was organized by the Boxing Federation of India (BFI). 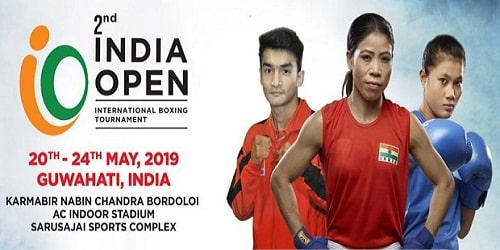 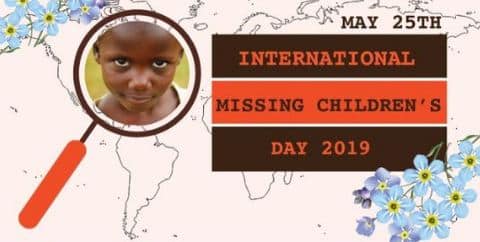 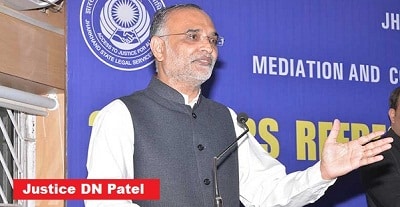 i. Justice DN Patel has started his career from Gujarat High Court where he practiced the matters include Civil, Criminal and Constitutional, Excise and Customs matters.
ii. He was also served as the Acting Chief Justice of the Jharkhand High Court four times between 2013 and 2018.