Bajaj Finserv, through its lending arm Bajaj Finance Ltd launched ‘Mumbai Local Train Cover’
Bajaj Finserv, through its lending arm Bajaj Finance Ltd has launched a specialised insurance cover titled ‘Mumbai Local Train Cover‘ for passengers travelling in local trains in Mumbai.
Key points:
i. This policy provides coverage in case of mishap during a train journey.
ii. The passengers will get an insurance cover of Rs 1 lakh against a payment of Rs 399 per annum.
iii. In the event, when an insured passenger suffers a disability as a result of a Mumbai-local train accident, the passenger is covered against loss of income, with Rs. 2000 per week during the policy period.
iv. Local train travellers who are eligible for this insurance cover  are persons above 18 years of age and below 70 years of age.
v. Moreover, applying for the Mumbai Local Train Cover can be done instantly through a digital medium.
vi. As a part of the application process, the customer just has to fill up the online application form on the Bajaj Finserv website and pay the premium amount online.
vii. Moreover, the pocket insurance offers across categories, namely, lifestyle, travel, health, assistance are only available for existing Bajaj Finserv customers.
About Bajaj Finserv:
Headquarters – Pune, Maharashtra, India.
Bajaj Finserv is a part of Bajaj Holdings & Investments Limited.

Claude Monet’s 1890 work ‘Mueles’ painting sold for record breaking $110.7 million at Sotheby’s auction
On May 14, 2019, one of the paintings of 1890 named ‘Mueles’ (Grainstacks) of Claude Monet was sold for a record breaking price of $110.7 million (Rs.778 crore) at Sotheby’s Impressionist & Modern Art Evening Sale. It became the ninth most expensive work ever sold in the auction.

Key Points:
i. It is the finest work of Claude Monet from ‘Haystacks’ series and became the first impressionist work to cross $100 million threshold at auction.
ii. The painting ‘Mueles’ is an oil on canvas which was completed in the year 1890. It depicts stacks of harvested wheat that belonged to Monet’s neighbour.
iii. Monet was the founder of French Impressionism and was known as the Master of plein air landscapes. He died in the year 1926 aged 86. The other paintings of Monet are Metropolitan Museum of Art, New York in US, Musée d’Orsay, Paris in France and Art Institute of Chicago. 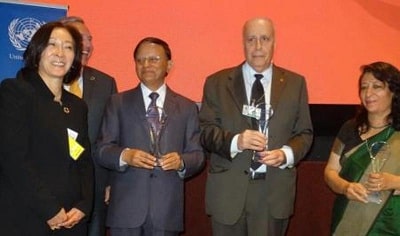 Key Points:
i. GPDRR is a biennial multi-stakeholder forum that was established by the (United nations) UN General Assembly to evaluate progress, share knowledge and discuss the recent developments in decreasing disaster risk.
ii. The  Indian delegation was led by Dr. P K Mishra.
iii. In the area of Disaster Risk Management, the United Nations Sasakawa Award is the most prestigious international award.
iv. The theme of the 2019 Sasakawa award was titled “Building Inclusive and Resilient Societies”.
v. Dr. Mishra was honoured with the award for his constant dedication in improving the strength of the communities which were most exposed to disasters. He also personally committed to work for social inclusion for the reduction in inequality and poverty, and also enhanced the safety and security.
vi. The United Nations Sasakawa Award is collaboratively organized by the UNDRR and the Nippon Foundation and was instituted over 30 years ago.
vii. A total grant of 50,000 USD is distributed among the winners of the award, which can be either organizations or individuals.
viii. Before the award ceremony, the Indian delegates attended Ministerial Roundtable discussions on ‘Risk-Informed Investments & Economics of DRR (Disaster Risk Management)’ and also had a bilateral meeting with European Union (EU) on cooperation in India’s initiative on disaster resilient infrastructure.
The other winners of 2019 Sasakawa Award are as follows: 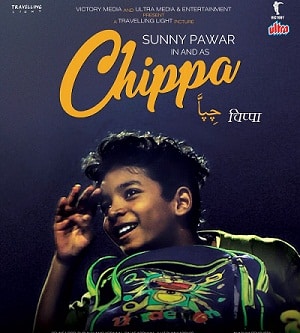 Key Points:
i. Film ‘Chippa’ is directed by Safdar Rahman.
ii. His film ‘Lion’ directed by Australian Garth Davis’, which was nominated for Oscars 2017, had awarded him the Australian Academy of Cinema and Television Arts Awards (AACTA Awards). He has also won a Special Mention Grand Jury Prize at the Asia Pacific Screen Awards. 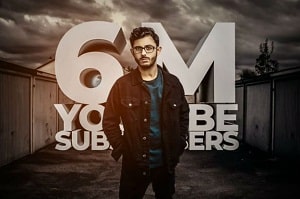 Key Points:
i. Ajey Nagar runs a youtube channel named CarryMinati which has 6,827,342 subscribers. He had uploaded the first video when he was 10 years old and found his niche in 2016 by producing diss tracks.
ii. In January 2019, Nagar’s diss track against Swedish YouTuber Felix Kjellberg, popularly known as PewDiePie which was viral rendered enormous success to his YouTube career. In a video titled “Bye PewDiePie”, Nagar raps in Hindi to tell PewDiePie that one day, India will rule the whole world.
iii. The other names in the list include 16-year old Greta Thunberg of Sweden, Ethan Lindenberger of Ohio, Ramla Ali of Somalia who is the first Muslim woman to win an English boxing title, South Korea’s Kim Se-yeon who is a female gamer and Egyptian musician Dina el Wedidi.
iv. According to Time Magazine, India overtook US in 2018 in terms of YouTube audience in the world. It has around 265 million monthly users.
About Time Magazine:
♦ It is published weekly in New York City.
♦ Editor: Edward Felsenthal
♦ First Issue Date: March 3, 1923 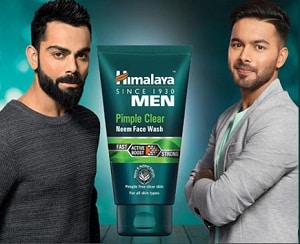 i. Both players will be promoting the first latest commercial of Himalaya Men “Looking Good…And Loving It”.
ii. In the recently announced CEAT Cricket Rating (CCR) Awards 2019, Virat Kohli bagged the International Cricketer of the Year Award and Best Batsman Award and Rishabh Pant had been named as the Emerging player of 2018 by the International Cricket Council(ICC).
About Himalaya Drug Company:
♦ Headquarters: Bengaluru, Karnataka
♦ Founder: M Manal
♦ Founded: 1930
♦ CEO: Philipe Haydon Key Points:
i. The Government has also appointed 4 Judicial and 4 non-Judicial Members.
ii. The Website with (Uniform Resource Locator )URL http://lokpal.gov.in was developed by NIC (National Information Commission) and provides the basic information w.r.t. (with respect to) the working and functioning of the Lokpal.
iii. The Lokpal or the anti-corruption Ombudsman is the first institution of its kind established in India under the Lokpal and Lokayuktas Act, 2013.
iv. Lokpal probes into allegations of the corruption against public officials who fall within the range of the aforementioned Act. 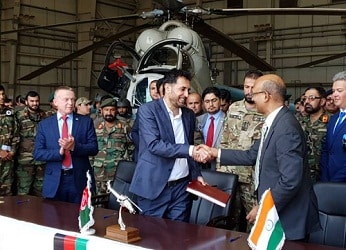 Indian Navy has enhanced its anti-air warfare capability by successfully test-firing MRSAM missile
The Indian Navy has achieved a significant milestone in enhancing its anti-air warfare capability by successfully test-firing a Medium Range Surface to Air Missile (MRSAM) on the western seaboard.
Key Points:
i. The test-firing was carried out by Indian naval ships Kochi and Chennai.
ii. The MRSAM has been manufactured by Bharat Dynamics Limited (BDL).
iii. The test-firing of the missile was collaboratively undertaken by the Indian Navy, Defence Research and Development Organisation (DRDO) and Israel Aerospace Industries (IAI).
iv. The DRDO had partnered with Israel Aerospace Industries and developed the missile.
v. The missile has the ability to destroy the hostile aircraft, missiles and drones at a range of 70 km.
About Indian Navy:
♦ Founded – 5th September,1612
♦ Headquarter – New Delhi.
♦ Chief of the Naval Staff (CNS) – Admiral Sunil Lanba (to be retired on 31st May 2019), Karambir Singh (Designated)
♦ Vice Chief of the Naval Staff (VCNS) – Vice Admiral G. Ashok Kumar, AVSM, VSM.
♦ Deputy Chief of the Naval Staff (DCNS) – Vice Admiral M. S. Pawar, AVSM, VSM.
♦ Motto of the Indian Navy is ‘Shaṁ No Varunaḥ’ (May the Lord of the Water be auspicious unto us). 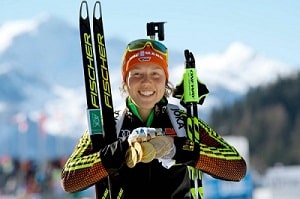 i. Laura Dahlmeier has won 7 world championship gold medals. She had won the world titles in 2015 and 2016 and took the overall biathlon World Cup in 2017.
ii. In the Winter Olympics 2018, commonly called Pyeongchang 2018, she became the first female biathlete to win sprint as well as the pursuit at the same Olympics. She had also won a bronze in the individual event in Pyeongchang.
iii. In 2012, fellow German biathlete Magdalena Neuner, a double Olympic champion, had also retired aged 25.
About Germany:
♦ Capital: Berlin
♦ Currency: Euro
♦ President: Frank-Walter Steinmeier

Naik Narayan Singh, a member of Indian Army Mountaineering Expedition team to Mt Makalu that spotted ‘Yeti’ footprint passed away
Naik Narayan Singh, one among the 18 members of Indian Army Mountaineering Expedition team to Mt Makalu (8485m) passed away recently. He died while descending from the summit point to Camp IV (first camp during the descent). He hailed from Pithoragarh in Uttarakhand.
Key points:
i. He had earlier took part in mountaineering expeditions. Last year he had successfully summited Mt Kamet.
ii. He had joined the Army in 2002 and hailed from Pithoragarh, Uttarakhand.
iii. The Expedition team has earlier spotted mysterious footprints of mythical creature ‘Yeti’.
Mount Makalu:
♦ It is one amongst the most dangerous and challenging peaks to summit.
♦ Location – Mahalangur Himalayas 19 km southeast of Mount Everest. 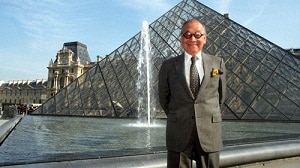 Keypoints:
i. He is one of the most notable architects of the 20th century.
ii. His Notable Works:

iii. He won various awards in the field of architecture, they are: 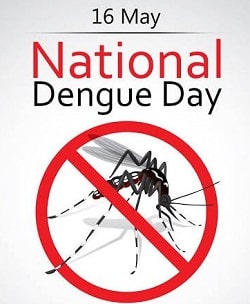 i. In India, Directorate of National Vector Borne Disease Control Programe (NVBDCP) is the nodal centre for the surveillance and prevention of dengue. In 2016, The GOI has launched a mobile app “India Fights Dengue”.
ii. In 2017 maximum numbers of dengue cases were reported from Tamil Nadu.
iii. As per the Center for Disease Control and Prevention (CDC) report, globally, 400 million people get infected with this virus annually.
How Dengue is caused?
Dengue is caused due to the dengue virus – DENV, 1-4 serotype, which is transmitted by the bite of female Aedes aegypti (Linnaeus). This species of mosquitoes are also responsible for spreading zika, chikungunya and yellow fever.  It bites only during the daylight hours and symptoms of the disease start showing 3-14 days after the infectious bite which includes fever, headaches, etc.

World Hypertension Day observed on May 17
Since 2006, World Hypertension Day (WHD) 2019 is observed annually on May 17 to raise awareness about the high blood pressure (HBP). It is a situation where blood pressure in the arteries is persistently raised. The day also works towards the prevention and control of this silent killer. The theme for WHD 2019 was “Know Your Numbers”. 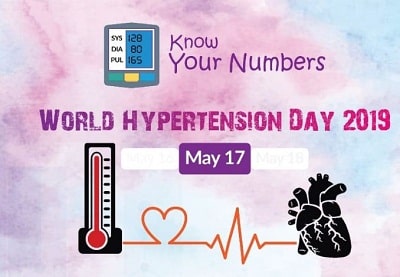 i. The day was initiated by the World Hypertension League (WHL) on May 14, 2005.
ii. This year, WHL in collaboration with the International Society of Hypertension (ISH) also promoted May Measurement Month (MMM), under which, volunteers around the world measure the blood pressure of people in cities, towns, and villages.
iii. MMM was initiated in 2017 by ISH.
About World Hypertension League (WHL):
♦ President– Daniel T. Lackland,
♦ Head office – United States (US)
♦ Regional WHL India – Hyderabad
♦ Journal – Journal of Clinical Hypertension (JCH) 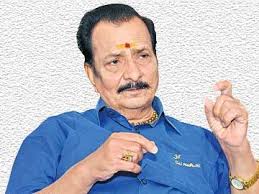 i. He had also worked as a staff artist in the Ministry of Information and Broadcasting.
ii. He won the prestigious Nandi award for five times in undivided Andhra Pradesh.
iii. He was popularly known for his works: ‘Thoorpu velle Railu’, ‘Srivariki Prema Lekha’ and ‘Rendu Rellu Aaru’.