We are here for you to provide the important Current Affairs March 20 2019, which have unique updates of all daily events from all newspapers such as The Hindu, The Economic Times, PIB, Times of India, PTI, Indian Express, Business Standard and all Government official websites. 14th CII-EXIM Bank Conclave on India-Africa Project Partnerships held in New Delhi
On 19th March 2019, the three day 14th CII-EXIM Bank Conclave on India-Africa Project Partnerships concluded in New Delhi. The Conclave will enhance the partnership between India and Africa in economic as well as business terms.
Key Points
i. The event was organized by Ministry of Commerce and Industry in association with Exim Bank of India and Confederation of Indian Industry (CII).
ii. It will help the Government in a range of cross-border project partnership where India-Africa partnership assumed to be critically important for the global economy.
iii .The key areas identified for discussion during the Conclave revolve around two key themes which are digital infrastructure and digital skills.
iv. In sept 2018, Ministry of External Affairs inked MoU with Telecommunications Consultants India Limited (TCIL) to establish a pan- Africa e-Arogya Bharti Network Project to aid Africa’s journey towards achieving Sustainable Development Goals (SDGs).
About Ministry of Commerce and Industry
♦ Union Minister: Suresh Prabhu
♦ Minister of State: C.R. Chaudhary

Key Points
i. Zurich and Geneva in Switzerland ranked fourth and fifth respectively in the Expensive Cities list while Osaka in Japan ranked 6th position.
ii. As per EIU, Bengaluru, Chennai and New Delhi ranked 5th, 7th and 8th position respectively among the top ten cheapest cities.
iii. Caracas in Venezuela topped the cheapest cities in the world list. Damascus in Syria 2nd followed by Tashkent in Uzbekistan and Almaty in Kazakhstan.
iv. The survey will help the companies to calculate cost of living allowances and build compensation packages for business travelers and expatriates.
About Economist Intelligence Unit
♦  Headquarters: London, England
♦  Founded: 1946
♦  MD: Robin Bew 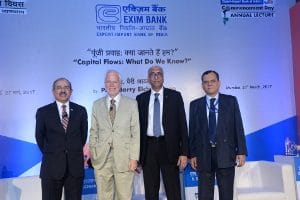 ii. During the three days of 14th CII-Exim Conclave 2019 which was concluded on 19th March in New Delhi, these LOC agreements were exchanged between Ambassador of Congo to India Mossi Nyamale Rosette and Exim Bank Managing Director David Rasquinha.
iii. Till now, Exim Bank has extended 10 LOC total value of USD 578.05 million, to the government of Congo on behalf of the Government of India.
iv. With this agreement, Exim Bank has a total of 244 LOCs covering 63 countries in Africa, Asia, Latin America and the Commonwealth of Independent States (CIS) with around $23.43 billion credit commitments.
About  Export–Import Bank of India
Founded: 1982
Headquarters: Mumbai
CEO: David Rasquinha 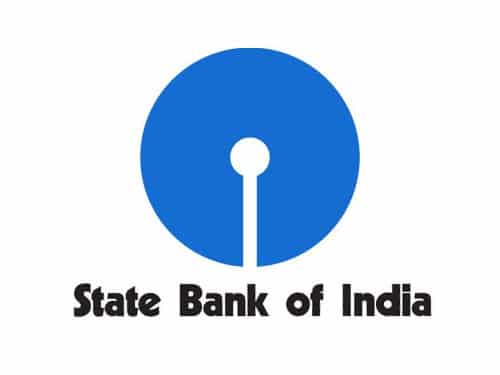 Key Points
i. It will facilitate the two major banks to provide its clients access to banking products and services of each other. It will be mutually beneficial for both the banks and the two largest and fastest growing economies.
ii. India’s largest lender SBI already has a branch in Shanghai and Bank of China, one of the major players in the Chinese banking sector is planning to open its branch in Mumbai.
iii. Partnering with SBI will make BoC an opportunity to grow through established relationships and market expertise as India is increasingly making its global presence across the world.
About State Bank of India
♦ Chairperson: Rajnish Kumar
♦  Headquarters: Mumbai
About Bank of China
♦ Chairman: Chen Siqing
♦ Headquarters: Beijing, China

India posts highest growth in patent applications in WIPO during 2018
On 19th March 2019, India registered the highest growth of 27% among countries in patent applications in 2018 with the World Intellectual Property Organization (WIPO). India filed 2013 international patent applications during the year.
Key Points
i. In the volume of patent filings, India fall below China and the US. China is expected to overtake the US as the leading hub for global innovation as per WIPO.
ii. China filed 53345 international patent applications last year which was 48905 in 2017. Innovators and research organizations in India in the previous year filed 1583 patent applications with WIPO.
iii. The report on patents are filed by members of the WIPO’s Patent Cooperation Treaty (PCT) under which innovators from the member countries file their patent applications with the WIPO which is to be transmitted to the patent regulators in different countries for securing patent rights.
iv. US-based applicants filed 56,142 PCT applications, followed by those from China (53,345), Japan (49,702), Germany (19,883), and Korea (17,014).
About World Intellectual Property Organization (WIPO)
♦ Headquarters: Geneva, Switzerland
♦ Director-General: Francis Gury

34th GST Council meeting held in New Delhi
On 19th March 2019, Union Finance Minister Arun Jaitley chaired 34th meeting of the Goods and Services Tax Council in New Delhi. It discussed the operational details for implementation of the recommendations made by the 33rd meeting of the council. 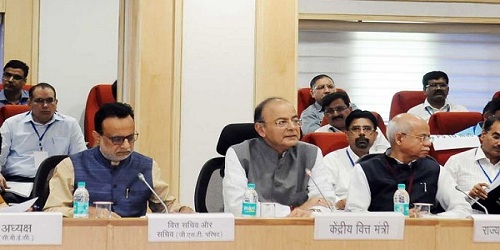 Key Points
i. The tax rate for under construction flats slashed to 5% and affordable homes to 1% without input tax credit (ITC) by the GST Council. Currently 12% GST is levied with input tax credit on payments made for under construction properties. It will be effective from April 1st.
ii. The council approved transition plan for new tax rates on residential properties. The developers of under construction buildings may either opt to shift to the revised lower rates without input tax credit or stick on to the previous rates.
iii. For housing projects launched after April 1st, the developers need to follow the new GST rates recommended by the Council. As per the council the changes will boost the real estate selling and ensure the rate cut benefits on to the middle class home buyers.

SpiceJet get IATA membership becoming first Indian low-cost carrier to receive
On 19th March 2019,SpiceJet received the International Air Transport Association (IATA) membership,becoming the first among the Indian low-cost carriers.
i. The membership will be helpful for SpiceJet for its expansion plans by to have code shares and agreements with other carriers.
ii. SpiceJet is the fifth member of IATA from India. The membership will allow the carrier to infuse innovative ideas and best practices. IATA is a trade association for world’s airlines. It represents around 290 airplanes or 82% of the total air traffic.

Leeladhar Jagudi Will Be Honoured With the Vyas Samman 2018
On 15th March 2019, Hindi writer Leeladhar Jagudi honoured with Vyas Samman 2018 for his collection of poems “Jitne Log Utne Prem” published in 2013. He also authored several poetry anthologies. The award carries an amount of Rs. 4 lakhs and it was started by K K Birla foundation in 1991.
i. Leeladhar was born in Dhangal village of Uttarakhand. He received Padma Shri in 2004 and Sahitya Akademi Award, Akashvani National Award and Uttarakhand Gaurav Samman as well.
ii. Shankhmukhi Shikharo Par, Natak Jaari Hai, Raat Ab Bhi Maujood Hai and Bhay Bhi Shakti Deta Hai are some of his famous books. 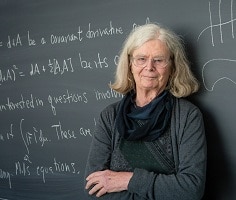 Key Points:
i. She was recognized for her work in the field of gauge theory and geometric analysis gave an extensive impact in mathematics as well as in physics.
ii. In 2014, Maryam Mirzakhani, became the only woman to won the other major international mathematics prize, the Fields Medal.
About Abel Prize
The prize was established by the Oslo government in 2002 and named after the 19th century Norwegian mathematician Niels Henrik Abel.

Hans Kilian Award won by Political psychoanalyst Ashis Nandy
On 15th March 2019, Indian psychologist professor Ashis Nandy, who was Former director of the Centre for the Study of Developing Societies (CSDS) and co-founder of the postcolonial theory, has been chosen for the Hans-Kilian Award 2019 which carries an amount of 80,000 Euros.
Key Points:
i. He received the prestigious Fukuoka Asian Culture Prize in 2007.
ii. The award is given for the achievements of providing deeper insight regarding human psyche and aims to boost the growth of interdisciplinary social psychology.
iii. It was named after the late social psychologist and psychoanalyst Hans Kilian and given by the Köhler Foundation. Dr. Hartmut Bohme (2011), Dr. Hans Joas (2013), Dr. Jessica Benjamin (2015) and Dr. Jaan Valsiner (2017) are the previous recipients of this award. 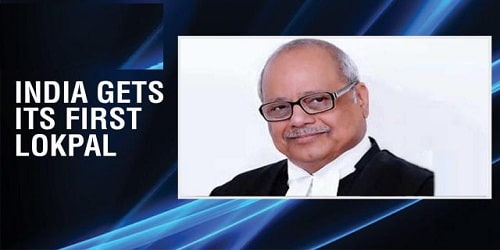 Key points:
i. He is serving as a member of the National Human Rights Commission (NHRC) since June 29, 2017.
ii. Former Chief Justices Dilip B. Bhosale, Pradip Kumar Mohanty, and Abhilasha Kumari and current Chief Justice of Chhattisgarh High Court Ajay Kumar Tripathi have been appointed as judicial members under the Lokpal.
iii. After five years of the Lokpal Act,the selection was made for looking into the cases of corruption by the public servants. 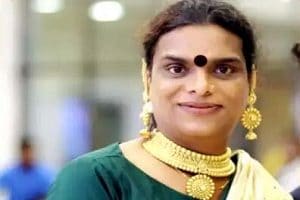 On 20th March 2019, 38-year-old transgender activist ShreeGauri Sawant from Mumbai has been appointed as first transgender election ambassador by The Election Commission of India.
Key Points:
i. There was no separate classification of transgenders as voters till 2014 but after that transgenders were first enrolled as voters along with males and females.
ii.The highest enrolment of transgenders (324) is in Mumbai North Lok Sabha constituency. Key Points
i. As per the research on the basis of average distance,every other planet when compared to mercury is farther from earth including Venus based on average distance. It also included mercury is the closest planet to every other planet in the solar system when considering the average.
ii. To calculate distance between planetary bodies involves their relative distance from the sun which is measured in Astronomical Unit (AU),as per the current methodology. The study says mercury is at 0.387 AU from earth while Venus is at 0.722 AU. 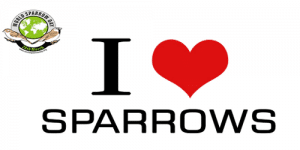 i. The Nature Forever Society of India founded by Mohammed Dilawar in collaboration with the Eco-Sys Action Foundation (France) has taken this international initiative.
ii. In the year 2010, the first World Sparrow Day was celebrated and in the year 2012, a campaign “Rise of Sparrows” launched by Delhi Government aimed at conservation of House Sparrow and also declared it as ‘state bird’ of Delhi.

International Day of Happiness – 20 March
On March 20th of every year the ‘International Happiness Day’ is celebrated worldwide.The concept of happiness day was founded by prominent United Nations special advisor Jayme Illien and it was celebrated from the year 2013.
i. Theme of International Day of Happiness 2019 is ‘Happier Together’.
ii. This year also celebrates with a central aim “ShareHappiness and be Part of Something Amazing.”
iii. Main concept of the day is to create awareness about importance of happiness in everyone’s life around the world.

Mizoram Assembly passed Mizoram Maintenance of Household Registers Bill, 2019 to detect illegal foreigners
On 20th March 2019,Mizoram Assembly passed a new bill named Mizoram Maintenance of Household Registers Bill, 2019 with an objective to detect foreigners illegally residing in Mizoram,who takes away the benefits of the citizen of Mizoram.
Key Points:
i.  As per the Bill,the Assembly will create the 2 register namely one for the citizen residents and another for non-citizen residents of a village/area/town.
ii. These register comprises the name,details and passport size photographs of every individual in the state.
iii. The information furnished by the individual was verified by the president of the local branch of the state-level NGOs.
iv. The individual is recognized as the citizen of India under the Citizenship Act, 1955.
Important Facts:
1.Mizoram shares the International Border with Myanmar and Bangladesh.
2.Mizoram shares the Domestic Border with Manipur, Assam and Tripura.
About Mizoram:
♦ Capital – Aizawl
♦ Chief Minister – Zoramthanga
♦ Governor – Jagdish Mukhi.