We are here for you to provide the important Current Affairs March 17 2019, which have unique updates of all daily events from all newspapers such as The Hindu, The Economic Times, PIB, Times of India, PTI, Indian Express, Business Standard and all Government official websites. 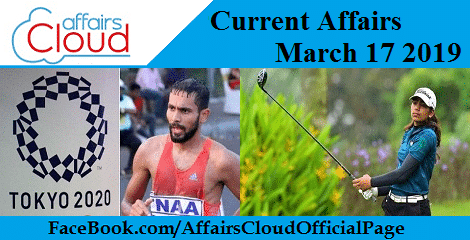 IIT Kharagpur to Adopt Amazon Web Services (AWS) Educate Programme
The Indian Institute of Technology (IIT) Kharagpur will adopt Amazon Web Services (AWS) Educate programme to help students gain cloud computing skills including hands-on experience in artificial intelligence (AI).
i. It will be introduced to provide AWS Cloud Computing experience and AI-enablement for all our students, irrespective of their branch of study.
ii. The programme offers a robust set of no-cost tools, resources and AWS Promotional Credits for students and educators to boost their cloud skills and experience.
iii. As part of AWS Educate, the students will gain access to 12 Cloud Career Pathways covering topics that are in demand by employers, such as machine learning, cybersecurity, and software development, each with over 30 hours of content.
iv. Upon completion, learners will be eligible to receive an AWS Educate Certificate of Completion or an AWS Educate Badge.

RBI: No dilution on February 12 circular over stressed assets
On 16th March 2019, Reserve Bank of India maintained that there is no dilution in its stand regarding February 12 circular on stressed assets recognition and resolution.
Key Points:
i. The central bank said in a statement that it is restated that the RBI maintained its stand on all aspects of the Framework as has been consistently stated in its communications, including the clarification given during the post-monetary policy press conference which was held on February 7, 2019.
ii. Also there would be no changes in the circular, said RBI Governor Shaktikanta Das on last month. The circular directed lenders to refer any loan account more than Rs 2,000 crore under the Insolvency and Bankruptcy Code (IBC) if the loan amount is not resolved within 180 days of default. Also it underscored IBC’s status as the cornerstone of the bad loan resolution framework, scrapping all previous mechanisms.
iii. The circular imposed a one-day default rule and banks have to treat a company as a defaulter even if it misses repayment schedule by a day.
Reserve Bank of India:
♦ Governor-Shaktikanta Das
♦ Headquarter-Mumbai Key Points:
i. C-DAC would facilitate supply, installation, commissioning and operations of state-of-the-art HPC facility along with Data Center ecosystem at the institute funded under the NSM project.
ii. The initiative will be undertaken at the Centre for Computational and Data Sciences at IIT Kharagpur.
iii. It will accelerate and evolve the level of research currently being done with manifold improvement in output and efficiency. This new facility is likely to ready for use in three to four months.
iv. National Super computing Mission(NSM) is being carry out by the Department of Science and Technology (DST) and Department of Electronics and Information Technology (DeitY) with an estimated cost of Rs.4,500 crore.
About Department of Science and Technology (DST):
♦ Minister – Dr Harsh Vardhan
♦ Secretary – Ashutosh Sharma

Convention of War Decorated India held in Chandigarh
The two-day national convention of War Decorated India was held at the Manekshaw Auditorium in Chandimandir, the headquarters of the Western Command, near Chandigarh and was attended by some living gallantry award winners and relatives of the deceased awardees. Next of kin, relatives of the awardees were felicitated at the convention. Astronomers discovers 83 supermassive black holes from early universe
Astronomers have discovered 83 quasars powered by supermassive black holes 13 billion light-years away from the Earth, from a time when the universe was less than 10% of its present age.
i. The finding, published in the Astrophysical Journal, increases the number of black holes known at that epoch (a particular period of time in history or a person’s life) considerably, and reveals, for the first time, how common they are early in the universe’s history.
ii.The team used data taken with ‘Hyper Suprime-Cam’ (HSC) instrument, mounted on the Subaru Telescope of the National Astronomical Observatory of Japan. 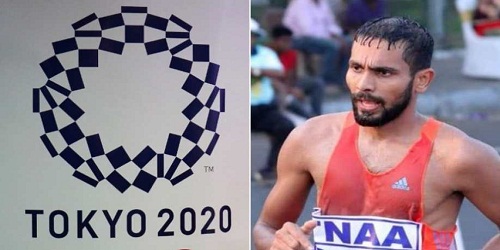 i. He holds the national record of 1:20:21 which he achieved during his 10th place finish at the 2012 Olympics in London.
ii. He also qualified for 2019’s World Championships that is to be held in Doha,Qatar as he bettered the qualifying mark of 1:22:30. She follows Aditi Ashok, who in 2016 became the first Indian to win on the Ladies European Tour after clinching Hero Women’s Indian Open in Gurugram. i. In a career spanning several decades, he served as the resident editor of Mumbai editions of The Times of India and The Indian Express.
ii. Besides journalism, he had a keen interest in environmental issues and took some initiatives for the cause, he added.