We are here for you to provide the important Current Affairs March 11 2019, which have unique updates of all daily events from all newspapers such as The Hindu, The Economic Times, PIB, Times of India, PTI, Indian Express, Business Standard and all Government official websites. 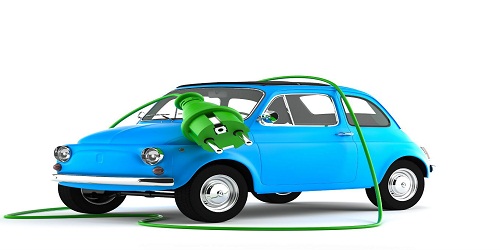 Key Points
i. The main aim of the framework is localising the production of electric vehicles (EV) and its components within the country and boost the adoption of clean energy vehicles.
ii. Amitabh Kant, CEO of NITI Aayog has been appointed to lead the Inter-Ministerial Steering Committee of the mission who will recommend and drive the strategies for transformative mobility in India.
iii. PMP will be valid for five years until 2024 to localise production across the entire electric vehicles value chain, such as formulating strategies on manufacturing EVs, its specification and standards, etc.
iv. The mission will facilitate inter-ministerial consultations, cooperative federalism and extensive stakeholder and implement end-to-end policy framework for transforming the mobility landscape.
v. Cabinet last month approved a Rs 10,000 crore initiative under the Faster Adoption and Manufacturing of Electric Vehicles II (FAME II) scheme, marking a significant push for hybrid and electric vehicles in the country.

ICAP for providing thermal comfort to citizens released by Dr Harsh Vardhan
Union Environment Minister, Dr. Harsh Vardhan released the India Cooling Action Plan (ICAP) aimed at reducing emissions and providing thermal comfort to citizens in New Delhi.
i. ICAP provides an integrated vision towards cooling across sectors encompassing inter alia reduction of cooling demand, refrigerant transition, enhancing energy efficiency and better technology options with a 20 year time horizon.
ii. It aims at reducing cooling demand across sectors by 20% to 25%, refrigerant demand by 25% to 30% and reduce cooling energy requirements by 25% to 40% by 2037-38.
iii. It will provide thermal comfort for all, reduce greenhouse gas emissions, double farmers’ income as with better cold chain infrastructure, a grower will get better value of produce.
iv.It also recognizes “cooling and related areas” as a thrust area of research under the national Scientific & Technical Programme. 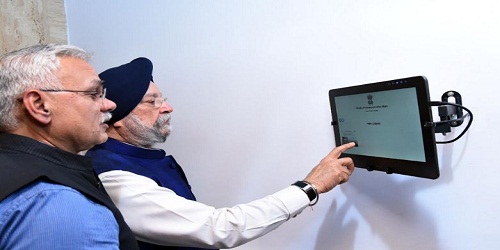 i. The India Urban Observatory will plug into the myriad sources of data from cities, both from real-time and archival sources.
ii. It will help in getting up-to-date information on a meaningful set of indicators over various domains such as transport, health, environment, water, finance and so on, which will further assist in developing best practices, future strategies and policy interventions as and when required.
iii. The Video Wall, will showcase the insights gained from the Observatory and the various Missions/offices with the idea to proactively engage with citizens/visitors in spreading awareness about the various initiatives of the Ministry.

Liberalised Visa Regime between India and Maldives implemented
Maldives and India exchanged diplomatic notes for implementing the visa facilitation agreement, which was signed during President Ibu Solih’s visit in December 2018 and came into effect from 11th March 2019. 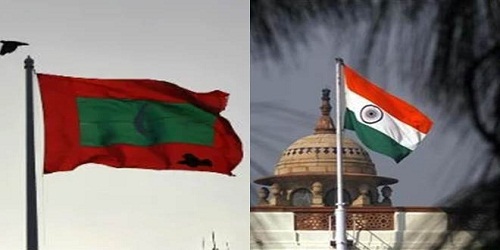 i. The new agreement provides a very liberal visa regime for Maldivian nationals to visit India for tourism, business, education and medical purposes and also makes it easier for Indians to travel to Maldives for business purposes.
ii. It allows Maldivian parents to obtain visas that will be valid during the duration of their children’s academic term and the facility will also be extended to the dependents of parents, enabling minor siblings to also remain with the family during their stay in India.
iii. The attendants of Maldivian patients will also be able to get visas for the duration medical treatment sought in India now.
iv. This is considered as India’s most liberal visa facilitation agreement with any country.
About Maldives
♦ Capital – Male
♦ Currency – Maldivian rufiyaa
♦ President – Ibu Solih

Finnish PM Juha Sipila resigned over failure of health care reform
Finland’s Prime Minister Juha Sipila, along with his cabinet, resigned after failing to push through parliament plans to overhaul health services and social care in the face of an aging population, just a few weeks before the general elections.
i. He tendered his resignation to President Sauli Niinisto, who asked him to stay on as caretaker until the elections in April 2019.
ii. Statistics Finland has estimated that more than a quarter of the population will be aged over 65 by 2030, making a more cost-effective welfare state a top priority.
iii. The Prime Minister’s proposed solutions included creating regional authorities for health and welfare services, rather than the local municipalities that currently manage the system, and offering including private companies in the healthcare system to a greater extent to offer “freedom of choice”.
iv. The plan involved a drastic reorganization of the way health care is administered at a local level as well as a greater role for the private sector.
About Finland
♦ Capital – Helsinki
♦ Currency – Euro
♦ President – Sauli Niinisto The bank has sanctioned loans to more than 2.69 lakh small entrepreneurs under the Mudra Yojana during this fiscal till 14th February 2019.
Key Points:
i. Under the Pradhan Mantri Mudra Yojana, the bank has sanctioned loan to over 17.16 lakh accounts with total amount of Rs. 21,019 crores from the starting of the scheme till December 31, 2018.
ii. With regard to the current fiscal year, the bank has sanctioned loans to over 2.69 lakh accounts, amounting to Rs. 5,290 crores till February 14, 2019.
iii. In February 2019, Punjab National Bank was awarded under the Enhanced Access and Service Excellence (EASE) reforms agenda. It was also honoured with the Reforms Excellency Award.
iv. It also emerged successful in the customer responsiveness, responsible banking and credit Off-take category and got featured in the Forbes World’s Best Bank 2019 report in the field of customer satisfaction ratings.

i. Neema, an Israel-based company, is partnering with the Marshall Islands government to develop the digital currency.
ii. With SOV, every account would be fully identified and buyers would be checked against the US Office of Foreign Asset Control so that only legitimate, law-abiding people can use the currency.
About Marshall Islands
♦ Capital – Majuro
♦ Currency – US Dollar
♦ President – Hilda Heine 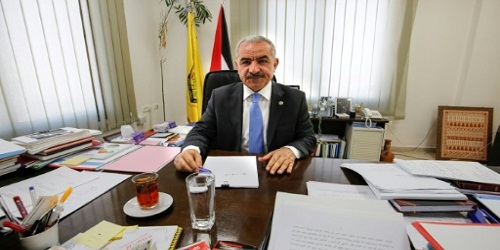 Key Points:
i. Mohammad Shtayyeh succeeds Rami al-Hamdallah who resigned from this post 6 weeks ago.
ii. He is 61 years old and is a member of the central committee of the president’s Fatah party.
iii. He is a former minister who had earlier participated in numerous negotiating teams of Palestine during United States-brokered talks with Israel.

Shri S.S. Srinivas appointed as Officer on Special Duty, South Coast Railway by the Ministry of Railways
Shri S.S. Srinivas has been appointed as Officer on Special Duty (OSD), South Coast Railway by Ministry of Railways. He is an Indian Railways Personnel Service (IRPS) officer who previously held the post of Chief Personnel Officer (Administration), South Central Railway.
i.His responsibilities would involve planning and conducting foundation work like surveying existing infrastructural facilities, requirement of land acquisition and the blue print for smooth transition of staff into the New Zone at Visakhapatnam.

Lanco Teesta Hydro Power Ltd (LTHPL) to be acquired by NHPC
On 7th March 2019, National Hydroelectric Power Corporation (NHPC) Limited received an approval from Cabinet Committee on Economic Affairs (CCEA) for acquisition of Lanco’s 500 MW Teesta hydro-electric power project at the cost of Rs 907 crore in Sikkim.
Key Points:
i. Approval has been granted for acquiring Lanco Teesta Hydro Power Ltd (LTHPL) and executing balance work of the Teesta Stage-Vl Hydro Electric Project by the NHPC Limited in Sikkim.
ii. The cost of the project is approximately Rs 5,748.04 crore which comprises of- Rs 907 crore for acquisition of the LTHPL and Rs 3,863.95 crore for execution of balance work including Rs 977.09 crore as Interest During Construction (IDC) and Foreign Component (FC).
iii. The project is expected to produce 2,400 million units of electricity in a 90 per cent dependable year with an installed capacity of 500 MW (4x125MW).
iv. Teesta Stage-Vl is a Run of River (RoR) Scheme in Sirwani Village of Sikkim, for ultilisation of the power potential of Teesta River Basin in cascade manner.

ArcelorMittal receives NCLT nod for taking over Essar Steel at Rs 42,000 Crore
A resolution plan of Rs. 42,000 crores submitted by ArcelorMittal for acquisition of Essar Steel India Ltd (ESIL) was approved by the Ahmedabad bench of the National Company Law Tribunal (NCLT). 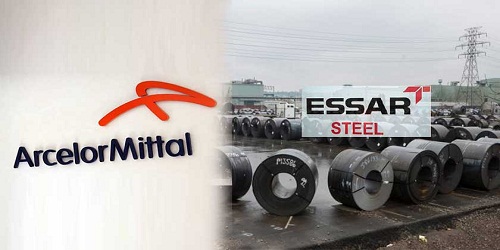 i. The resolution proposal submitted by ArcelorMittal’s consists of providing additional capital to the company, worth Rs 8,000 crore for improving operational efficiencies, increasing production and delivering higher profits.
ii. ESIL owes over Rs 49,000 crore to over two dozen banks led by the SBI and has been under the bankruptcy proceedings since June 2017. 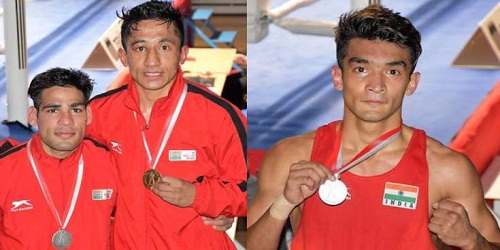 India claimed one Gold, 4 silver and 3 bronze in the tournament. The list of Indian medalist is given below.

England defeated India to win Women’s T20I match
On 9th March 2019, England defeated India in the 3rd and final Women’s Twenty20 International in Barsapara Cricket Stadium in Guwahati, Assam.
Key Points
i. England women’s team won the 3 match series for 3-0. India lost first T20 by 41 runs and second match by a five wicket defeat.
ii. England’s Danielle Wyatt won the Player of the Series.  Although Smriti Mandhana scored 58 runs for 39 balls, India lost the match for one score.
iii. The second T20 defeat was India’s sixth in the row in the shortest format. India was just in short of 3 runs in the final over.
About United Kingdom
♦ Capital – London
♦ Currency – Pound
♦ Prime Minister – Theresa May

MP governor Anandiben Patel approved ordinance to hike OBC quota
On 10th March 2019, Madhya Pradesh governor, Anandiben Patel approved an Ordinance to increase reservation for Other Backward Classes (OBCs).
Key Points
i. As per the ordinance the reservation of OBC will be increased to 27% from 14%. It made Madhya Pradesh the only state in India to have 27% quota for OBCs.
ii. The government assured 10% reservation for economically weaker section in the general category will soon get implemented.
iii. State Minister for Law and Legal Affairs P C Sharma has announced the ordinance.  The ordinance got its approval just before Lok Sabha election model code of conduct picks on.

Jammu and Kashmir government to give monthly stipend and jobs for those who Shun militancy
The Jammu and Kashmir administration headed by Governor Sathya Pal Malik, in its new “Reintegration Policy” draft, has proposed a monthly stipend of Rs 6,000, jobs and rehabilitation measures, for militants, who wish to give up arms.
Key Points
i.The policy has two-pronged approach which are reformative measures and Opportunities of livelihoods.  Militants found to have been involved in heinous crimes won’t get the proposed benefits.
ii. The reintegration policy draft is at the pre-SAC stage, which is subject to clearance by the State Home Department and the Chief Secretary. The State Administrative Council (SAC) is the body governing J&K, which is under President’s rule.
About Jammu and Kashmir
♦ Capital – Srinagar (summer), Jammu (winter)
♦ Governor – Sathya Pal Malik