Around 2.22 crore villagers received Digital Education under PMGDISHA
On June 27, 2019, Electronics and Information Technology Minister Mr. Ravi Shankar Prasad announced that around 2.22 crore villagers were given Digital Education under Pradhan Mantri Gramin Digital Saksharta Abhiyan (PMGDISHA). The government has enrolled 636 training partners.
Key Points:
i. The target of the government is to make one lakh digital villages. In order to fulfill it, it has collaborated with Railways to lay the Optical fibre network at the gram level.
ii. It has prepared a draft 100-days action plan which includes National Policy on Electronics 2019 — new schemes to the Cabinet; National Policy on Software Products 2019 — launch of Registry; Digital India Infoway (National Government Network and National Knowledge Network 2.0); National Mission for Natural Language Translation – proposal to Cabinet (to overcome barriers across major Indian languages); and Personal Data Protection Bill – to Cabinet…………………………..Click here to Read more

Under Pradhan Mantri Awas Yojana scheme, 81,03,196 houses were approved
On June 27, 2019, Minister of State for Housing and Urban Affairs, Hardeep Singh Puri announced that 81,03,196 houses were approved under Pradhan Mantri Awas Yojana (PMAY) scheme. 47,57,987 houses are at stages of construction and 26,07,913 houses were completed or occupied.
Key Points:
i. Central Assistance of Rs. 51,113 crores was released under the PMAY (Urban) and the assistance was met through Budgetary Resources as well as Extra Budgetary Resources (EBR).
ii. State Level Sanctioning and Monitoring Committee (SLSMC) under the chairmanship of Chief Secretary of the concerned State/Union Territories reviews the progress of implementation of the Mission ‘Housing for All by 2022’ at the State level.
About PMAY:
PMAY is an initiative by the Government of India in which affordable housing will be provided to the urban poor with a target of building 20 million affordable houses by 31 March 2022.  It has two components: Pradhan Mantri Awas Yojana (Urban) (PMAY-U) for the urban poor and Pradhan Mantri Awas Yojana (Gramin) (PMAY-G/ PMAY-R) for the rural poor.

Standing Group Of Secretaries Constituted on Resolving E-commerce Issues: Piyush Goyal
On June 21, 2019 Commerce and Industry Minister Piyush Goyal stated that a Standing Group of Secretaries (GoS) has been constituted for ensuring inter-ministerial coordination on resolving issues related to e-commerce.
Key points:
i. Chairman: The committee formed under the Chairmanship of Secretary, Department for Promotion of Industry and Internal Trade (DPIIT), Ramesh Abhishek.
ii. Draft national e-commerce policy: It has been drafted and placed in public domain. The 42-page draft addresses six broad issues of the e-commerce ecosystem such as data, infrastructure development, e-commerce marketplaces, regulatory issues, stimulating domestic digital economy and export promotion through e-commerce.

7th India and Brunei Darussalam Foreign Office Consultations held in New Delhi
On June 24, 2019, The 7th Foreign Office Consultations between India and Brunei Darussalam was held in New Delhi. The Indian side was led by Vijay Thakur Singh, Secretary(East) and Brunei side was led by Hajah Siti Norishan Haji Abdul Ghafor, Permanent Secretary, Ministry of Foreign Affairs, Brunei Government.
Key Points:
i. They reviewed bilateral relations between the 2 countries, including political, trade and investment, defence, cultural & people to people contact and exchanged views on regional and multilateral issues.
ii. They agreed to explore cooperation in energy, health and pharmaceuticals, higher education and agricultural sectors.
iii. The next round of Consultations will be held in Brunei on mutually agreed dates.
About Brunei Darussalam:
♦ Capital: Bandar Seri Begawan
♦ Currency: Brunei dollar 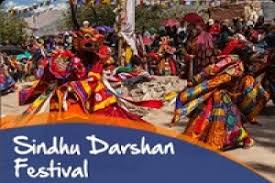 Key points:
i. Organizers: The festival was jointly organized by Sindhu Darshan Yatra Samiti (SDYS) and Ladakh Phanday Tsogspa.
ii. It was inaugurated by Skyabje Choskyong Palga Rinpoche.
iii. Aim: The day celebrated with the aim to promote national integration and celebrate unity in diversity and it was first started in 1997.
iv. It was marked by a holy dip in the Indus River and the colorful cultural programme performed by cultural troupes from different parts of the country. 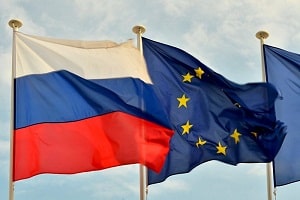 Key Points:
i. In 2014, Russia had imposed an official ban on a wide range of imports from the EU and other countries in retaliation for international sanctions over Moscow’s role in the Ukraine crisis.
ii. This has affected Russian economy by pushing up food prices.
About Russia:
♦ Capital: Moscow
♦ Currency: Russian ruble

RBI recommends Commercial Banks to adopt Education Loan Scheme
On June 24, 2019, India’s central banking institution, The Reserve Bank of India (RBI) has advised all Scheduled Commercial Banks to adopt Education Loan Scheme which is formulated by Indian Banks’ Association (IBA).
Key points:
i. Model Education Loan Scheme: The IBA scheme circulated to all member Banks including State Bank of India (SBI) for providing financial support to meritorious students for pursuing higher education in India and abroad.
Salient features of the Scheme include
i. Loan up to Rs 10 lakh for study in India and upto Rs 20 lakh for study abroad.
ii. Collateral free loans upto Rs 7.5 Lakh under the Credit Guarantee Fund Scheme for Education Loans (CGFSEL).
iii. No Margin for a loan up to Rs 7.50 Lakh.
iv. Repayment period of 15 years.
v. One Year Moratorium for repayment after completion of studies in all cases.
vi. Moratorium taking into account spells of unemployment/under employment say two or three times during the life cycle of the loan.
vii. The moratorium for the incubation period if the student wants to take up a start-up venture after graduation.
About RBI:
♦ Governor: Shaktikanta Das
♦ Headquarters: Mumbai
♦ Founded: 1 April 1935 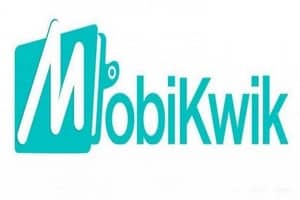 Key Points:
i. Max Bupa and MobiKwik launched a HospiCash plan which has an annual premium of Rs 135.
ii. It provides daily cash allowance of Rs 500 for up to 30 days during the hospital stay. There is an inbuilt accident insurance cover of Rs 1 lakh. The higher variants with annual premium of Rs 225 and Rs 400 will provide cash allowance of Rs 1,000 and Rs 2,000 per day respectively.
About Max Bupa:
♦ Parent Organization: Max India Limited
♦ MD & CEO: Ashish Mehrotra
About MobiKwik:
♦ Headquarters: Gurugram, Haryana
♦ Founded: April 2009
♦ CEO: Bipin Preet Singh

According to FIEO, improvement in logistics, infrastructure will boost exports to $1 trillion in next 3 years
Federation of Indian Export Organisations (FIEO) has estimated that the focus of the government to improve logistics, ease of doing business and modern trade infrastructure will boost exports of the country from current $535 billion to $1 trillion in the next 3 years.
Key Points:
i. Initiatives like special focus on cutting logistics cost and time, further improvement in ease of doing business, proper implementation of government policies for exporters and timely refund of taxes like Goods and Service tax (GST) will result in the increase of exports.
ii. Reduction of logistics costs by 10% will help to raise exports by 5-8%.
iii. The focus should be given on export of GI (Geographical Indication) products as they assure quality. Adequate funds for the marketing of these goods in order to push their shipments should be given by the Government.
iv. In order to develop logistics sector, it is important to focus on new technology, improved investment, skills, remove bottlenecks, improve intermodal transportation, automation, single window system to give clearances and simplify processes.
About FIEO:
♦ Headquarters: New Delhi
♦ Founded: 1965
♦ Founder: Ministry of Commerce and Industry
♦ President: Ganesh Kumar Gupta

Samant Kumar Goel got appointed as RAW chief
As per the Personnel Ministry, Government of India, Samant Kumar Goel, a 1984 batch IPS(Indian Police Service) officer of Punjab cadre appointed as chief of  Research and Analysis Wing(RAW) for a fixed two-year term. He is presently serving as Special Secretary in the RAW. He will succeed Anil K Dhasmana. 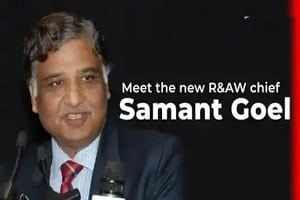 Key points:
i. He joined the RAW in March 2001.
ii. He is a recipient of the Police Medal for Gallantry and Police Medal for Meritorious Service.
iii. He is said to have played a key role in planning the Balakot air strike after the Pulwama terror attack in Jammu and Kashmir and surgical strikes in Uri.

Arvind Kumar becomes new IB head
According to the Personnel Ministry, Government of India, Arvind Kumar (59), a 1984 batch IPS (Indian Police Service) officer from Assam- Meghalaya cadre has been made the chief of Intelligence Bureau (IB) for the tenure of two years. He is currently serving as special director in the IB. He will succeed Rajiv Jain. 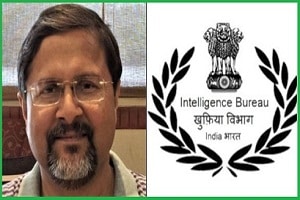 Key points:
i. He has been working with the Intelligence Bureau since August 1991.
ii. He handled various desks including Kashmir and Naxal issues.
iii. He also served in the Indian Embassy in Moscow, Russia. 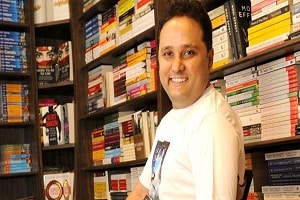 Key Points:
i. He has authored the best selling books like ‘The Secret of the Nagas’ and ‘Sita – Warrior of Mithila’.
ii. The Nehru Centre was founded in 1992 and Gopalkrishna Gandhi was its founder director.
About ICCR:
♦ President: Vinay Sahasrabudhe
♦ Founded: 9 April 1950
♦ Headquarters: New Delhi

In Arunachal, New tortoise species have been discovered
A team of herpetologists from the Forest Department and two NGOs (Non-Government Organization)-Help Earth & Turtle Survival Alliance (TSA) discovered two (one male and female) new species of tortoise In Yazali area of the Lower Subansiri district of Arunachal Pradesh. The species is called Manouria impressa (Impressed Tortoises ) because of the ‘impressive’ orange-brown to dark brown patches on its carapace.
Key points:
i. With this discovery, India now has 29 species of non-marine chelonians and five tortoises.
ii. The species inhabits moist primary forests of the hilly tracts of the Indo-Myanmar biodiversity hotspot.
About Arunachal Pradesh:
♦ Capital: Itanagar
♦ Chief minister: Pema Khandu 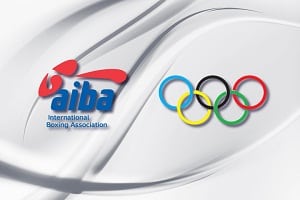 Key Points:
i. AIBA had created “very serious reputational, legal and financial risks” for the IOC and its American stakeholders.
ii. AIBA has debts of about $17 million and it may be bankrupt in the near future. It is cut off from future income from Tokyo revenues.
iii. In 2018, IOC had started to investigate AIBA’s governance, debts and integrity of Olympic bouts after the election of AIBA president Gafur Rakhimov, who is under United States federal sanctions for suspected links to eastern European organized crime.
About IOC:
♦ President: Thomas Bach
♦ Founders: Pierre de Coubertin, Demetrius Vikelas
♦ Founded: 23 June 1894; Paris, France
♦ Headquarters: Lausanne, Switzerland
About AIBA:
♦ Headquarters: Lausanne, Switzerland
♦ Founded: 1946 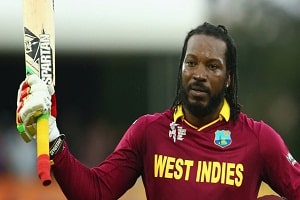 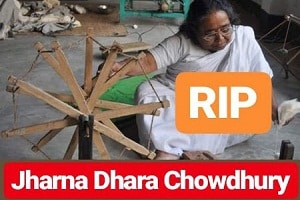 Key points:
i. She was born on October 15, 1938, at Lakshmipur of Bangladesh.
ii. She dedicated her whole life to the Gandhian way of peacebuilding, communal harmony and social justice.
iii. She was honored with Padma Shri in 2013, Jamnalal Bajaj award in 1998 and Ekushey Award, the highest civilian honor in Bangladesh in 2015.
iv. She also received the Begum Rokeya Padak, Gandhi Seva Puraskar awards.

Key points:
i. Ms. Lekhi is a Supreme Court lawyer by profession.
ii. The book is published by Harper Collins and has been co-written by Krishna Kumar who works with her.
iii. The novel talks about undercurrents of Delhi’s political landscape and attempts to lay bare what is influencing the course of the nation’s political trajectory.

Justice PK Saikia appointed as Chairperson of Lokayukta in Arunachal Pradesh
On June 27, 2019, Justice Prasanta Kumar Saikia (Retired) was sworn in as the Chairperson of the Lokayukta in Arunachal Pradesh. The oath was administered by Governor Dr. B D Mishra at Durbar Hall in Raj Bhawan in Itanagar, Arunachal Pradesh in the presence of Chief Minister Pema Khandu, Deputy Chief Minister Chowna Mein, other ministers, and officials. He became the first Lokayukta of the state.
Key Points:
i. Mr. Yeshi Tsering, a retired IAS (Indian Administrative Service) officer, was sworn in as the Member of the Lokayukta.
ii. On March 4, 2014, Arunachal Pradesh assembly had passed the Lokayukta Bill to establish an anti-corruption ombudsman in the state.
iii. The chairperson and members will hold office for a term of 5 years or till they attain 70 years of age.
About Arunachal Pradesh:
♦ Capital: Itanagar
♦ National Parks: Mouling National Park, Namdapha National Park
♦ Wildlife Sanctuaries:  D’Ering Memorial (Lali)  WLS, Dibang WLS, Eaglenest  WLS, Itanagar WLS, Kamlang WLS, Kane WLS, Mehao WLS, Pakhui/ Pakke WLS, Sessa Orchid WLS, Tale Valley WLS