Farmers contribution to be Rs 100 per month to PM-Kisan Pension Yojana
On June 13, 2019, Ministry of Agriculture and Farmers Welfare announced that farmers in the country are expected to contribute Rs 100 per month under the Pradhan Mantri (PM) Kisan Pension Yojana. It seeks to provide a minimum monthly pension of Rs 3,000 on the attainment of 60 years of age. The central government will also contribute an equal amount to the pension fund.
Key Points:
i. Pension Fund will be managed by the Life Insurance Corporation (LIC). It will be responsible for the pension payout.
ii. The Pension Scheme will provide social security to small and marginal farmers.
iii. With an entry age of 18 to 40 years, it aims to cover around five crore beneficiaries in the first three years.
iv. In order to attain complete transparency, the government will set up an online grievance redressal system.
v. Union Minister for Agriculture and Farmers Welfare, Shri Narendra Singh Tomar chaired a meeting with Agriculture Ministers of all States and Union Territories via Video Conference and urged them to roll out the programme at the earliest.
About PM- KISAN Yojana:
PM- KIsan SAmman Nidhi (PM-KISAN) yojana is an income support scheme for farmers. It is a 100% central sector scheme which will give farmers Rs. 6000 per year in 3 equal instalments. From 01.04.2019, the scheme has been extended to cover all farmers, the total beneficiaries will be 14.5 crores.

Government reduced the ESI contribution rate to 4% from 6.5%
On June 13, 2019, the Government reduced the Employees State Insurance (ESI) contribution rate to 4% from 6.5%. This will benefit 36 million workers and 1.28 million employers and will lead to an estimated annual saving of around Rs 5,000 crore for firms. The reduced rates will be effective from July 1, 2019. The Central government through the Ministry of Labour & Employment decides the rate of contribution under the ESI Act. 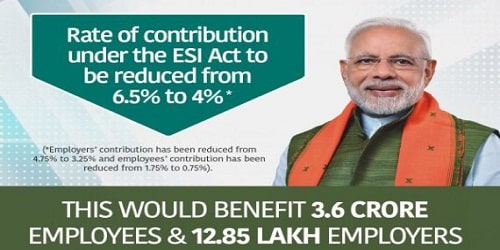 Key Points:
i. The Labour Ministry stated that there will be a reduction of 1.5% in employers’ contribution to 3.25% from 4.75% and 1% reduction in employees’ contribution to 0.75% from 1.75%.
ii. In 2018-19, 12.85 lakh employers and 3.6 crore employees contributed Rs 22,279 crore towards the ESI scheme.
iii. Reduction in the share of contribution of employers will reduce the financial liability of the establishments leading to improved viability of these establishments and will enhance Ease of Doing Business.
iv. The Employees’ State Insurance Act 1948 (the ESI Act), administered by the Employees’ State Insurance Corporation (ESIC), provides for medical, cash, maternity, disability and dependent benefits to the Insured Persons under the Act.
v. The ESI Act 1948 under the labour ministry covers employees with salary up to Rs 21,000.
About Ministry of Labour & Employment:
♦ Headquarters: New Delhi
♦ Minister In-charge: Santosh Kumar Gangwar (MOS independent charge)

16th Asia Media Summit held in Siem Reap Province, Cambodia
The 16th Edition of Asia Media Summit (AMS) 2019 was held in Siem Reap province, Cambodia from June 12 to June 14, 2019. It was inaugurated by the Prime Minister of Cambodia, Samdech Hun Sen. AMS was held under the topic “Media Digitalization Focusing on Developing Markets” and it gave a call to fight against fake news and cyber-crimes.
Key Points:
i. It was organized by Cambodian Ministry of Information in collaboration with the Asia-Pacific Institute for Broadcasting Development (AIBD).
ii. An information ministerial meeting held on the sidelines of the summit agreed to launch Angkor Fake News Initiative. It a year-long research project to find out appropriate measures to counter fake news…………………………….Click here to Read more 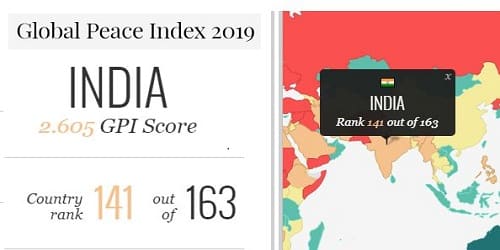 Key findings:
i. The ranking of India in 2018 was the 136th.
ii. Most peaceful: Iceland remains the most peaceful country in the world, a position it has held since 2008. Other countries at top of the Global Peace Index (GPI) are New Zealand, Austria, Portugal, and Denmark.
iii. Least peaceful: Afghanistan is the least peaceful country in the world now replacing Syria, which is the second least peaceful. South Sudan, Yemen, and Iraq comprise the remaining five least peaceful countries
iv. South Asian countries status: Bhutan (15th), Sri Lanka (72), Nepal (76), Bangladesh( 101) and Pakistan (153) on the index.
About Global Peace Index (GPI):
♦ Established: 2007
♦ The GPI was founded by Steve Killelea, an Australian technology entrepreneur and philanthropist. 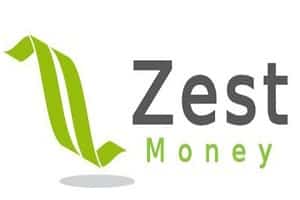 Key Points:
i. The policy will cover EMI cost in the cases of hospitalization, death or permanent disability.
ii. The insurance product, designed for ZestMoney’s customers, will be available while applying for a loan on the digital platform.
iii. The credit limit can be availed by signing up on the 100% digital loan application platform and can be used to shop online and in-store across all ZestMoney partners including Amazon, Flipkart, Myntra, MakeMyTrip and Xiaomi.
About ZestMoney:
♦ Founded: 2015
♦ Founders: Lizzie Chapman, Priya Sharma & Ashish Anantharaman
♦ CEO: Lizzie Chapman

Exim Bank signed $245 million loan agreement with Ghana & Mozambique for agricultural and railway projects
On June 13, 2019, The central bank of the country, the Reserve Bank of India (RBI) notified that Export-Import Bank of India (Exim Bank) will provide Line of Credit (LoC) worth $245 million to Ghana and Mozambique for agricultural and railway projects. The agreement is effective from June 3, 2019. Under the LoC, the terminal utilisation period is 60 months after the scheduled completion date of the project. 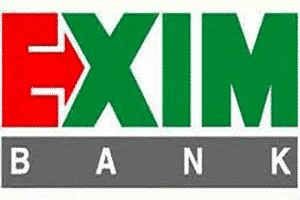 Key Points:
i. Exim Bank will grant the LoC worth $150 million to Ghana and $95 million to Mozambique.
ii. Ghana will utilize the amount to strengthen agriculture mechanisation services centres while Mozambique will finance it in the procurement of railway rolling stock including locomotives, coaches and wagons.
About Exim Bank:
♦ Headquarters: Mumbai
♦ CEO: David Rasquinha
About Ghana:
♦ Capital: Accra
♦ Currency: Ghanaian cedi
About Mozambique:
♦ Capital: Maputo
♦ Currency: Mozambican metical 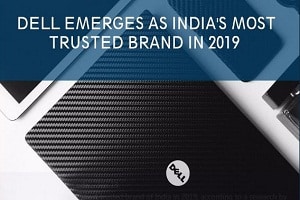 While largest E-commerce player Amazon has emerged as a most trusted internet Brand ranked as 4th in the list followed by Apple iPhone at 5th position.
Key points:
i. Dell was ranked 6th position in 2018, while Samsung, which was 2018’s most trusted brand now at 6th   position.
ii. Jeep makes the second spot with a great jump of 551 ranks from 2018.
iii. Amazon rised 53 ranks from 2018.
About Dell
♦ CEO: Michael S. Dell
♦ Headquarters: Round Rock, Texas, United States
♦ Founder: Michael S. Dell

Priyanka Chopra awarded Danny Kaye Humanitarian Award by UNICEF
Indian actress Priyanka Chopra was selected for “Danny Kaye Humanitarian Award” by United Nations International Children’s Fund’s (UNICEF) American chapter for her contribution to social causes and for being a voice for children’s education. She will be presented with this award at UNICEF American chapter’s Snowflake Ball which is to be held in December 2019 in New York. 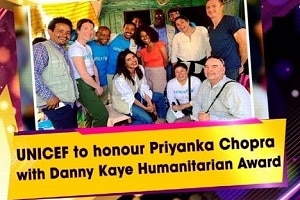 About Priyanka Chopra:
i. She is the National and Global UNICEF Goodwill Ambassador for Child Rights in 2010 and 2016, respectively.
ii. She was part of the United Nation’s global “Girl Up” Campaign.
iii. In India, she is also associated with several NGOs (Non-governmental organizations) to raise awareness about ways to improve the education, health, and safety of girl child in India.
Danny Kaye Humanitarian Award
It is named after actor-philanthropist Danny Kaye. He was American actor, singer, comedian, musician, dancer, and philanthropist. He was first Goodwill Ambassador UNICEF appointed in 1954.

RIL, HDFC among 57 Indian companies get place in Forbes ‘Global 2000’
In a list of the ‘world’s 2,000 largest public companies’, compiled by Forbes magazine, Mukesh Ambani led Reliance Industries leads the list of 57 Indian companies (71st rank globally). The overall chart has been topped by the Industrial and Commercial Bank of China (ICBC) for the 7th year in a row. 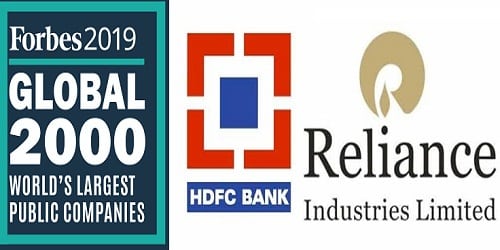 Key points:
i. For the consumer financial sector, American Express has topped while Housing finance major HDFC Ltd (Housing Development Finance Corporation) ranked 7th (332nd globally). In Oil and gas sector, Reliance Industries is ranked 11th globally, while Royal Dutch Shell has come on the top.
ii. 575 companies enlisted are from the US which marks its dominance as the country with the most Global 2000 companies. This followed by China and Hong Kong (309) and Japan (223).
iii. Some other Indian companies making it to the list are: HDFC Bank (209), ONGC (220), Indian Oil (288).
iv. The top ten companies are ICBC, JP Morgan, China Construction Bank, Agricultural Bank of China, Bank of America, Apple, Ping An Insurance Group, Bank of China, Royal Dutch Shell and Wells Fargo. 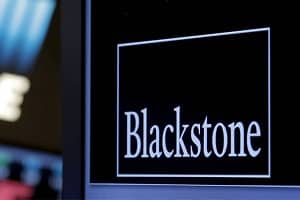 Malaysian Badminton legend, Lee Chong Wei announces retirement
Former World No 1, Malaysia’s badminton player, Lee Chong Wei aged 36 announced retirement after 19 years of a successful career that included the Olympic medals and 69 world titles. He made his decision after doctor’s advice to ease off in order to avoid a relapse of the nose cancer. He hails from Bagan Serai, Perak, Malaysia. 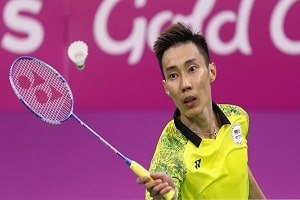 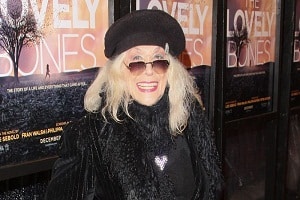 i. She was born in Greenwich Village, New York, U.S.
ii. She was nominated for the Academy Award for Best Supporting Actress for her performances in Midnight Cowboy (1969) and Farewell, My Lovely (1975).

World Blood Donor Day 2019 observed on June 14
World Blood Donor Day 2019 (WBDD) was observed on June 14. It is celebrated by the World Health Organization (WHO) to raise awareness of blood donation. The theme of this year’s campaign is blood donation and universal access to safe blood transfusion, as a component of achieving universal health coverage. It encourages people all over the world to become blood donors and donate blood regularly. The Slogan for World Blood Day 2019 is “Safe blood for all”. 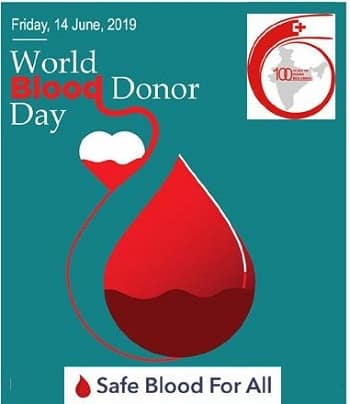 Key Points:
i. World Blood Donor Day marks the birth anniversary of Karl Landsteiner who was born on June 14, 1868. He was a scientist who won the Nobel Prize for his discovery of the ABO blood group system
ii. First celebration was initiated and established on June 14, 2004 by the WHO and the International Federation of Red Cross and Red Crescent Societies (IFRC).
iii. The host country for WBDD 2019 was Rwanda and the global event was held in Kigali, Rwanda.

Kerala Sahithya Akademi awardee, Poet and lyricist Pazhavila Ramesan passed away at the age of 83 in Thiruvananthapuram, Kerala
Pazhavila Ramesan, Poet and lyricist passed away at the age of 83 in Thiruvananthapuram, Kerala. He hailed from Perinadu in Kollam district of Kerala.
i. He worked as the co-editor in K. Balakrishnan’s Kaumudi Weekly.
ii. He worked as the Director at the Kerala Bhasha Institute (State Institute of Languages).
iii. He penned Pazhavila Rameshante Kavithakal, Mazhayude Jalakom and Njan Ente Kadukalilekk (poetry collections); Ormayude Varthamanam, Mayatha Varakal and Nervara (essays). He wrote lyrics for a few Malayalam film songs including those from the films Njattadi (1979), Aashamsakalode (1984), Uncle Bun (1991), Malootty (1992) and Vasudha (1992).
iv. He won Kerala Sahithya Akademi award in 2017.