According to United Nations Conference on Trade and Development’s (UNCTAD) World Investment Report 2019,released on June 12, 2019, Foreign Direct Investment (FDI) in India grew by 6% to $42 billion in 2018. The US was the world’s top recipient of FDI with $252 billion followed by China with $139 billion. India was ranked 10th as an FDI recipient. 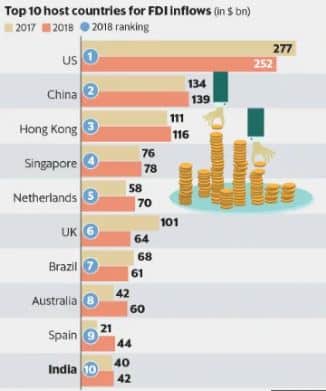