We are here for you to provide the important Current Affairs January 19 2019, which have unique updates of all daily events from all newspapers such as The Hindu, The Economic Times, PIB, Times of India, PTI, Indian Express, Business Standard and all Government official websites. 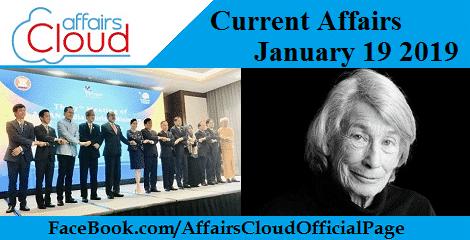 Union Home Minister approves Task Force report on Space Technology in Border Management
On 17th January 2019, Rajnath Singh, the Union Home Minister has approved the report of Task Force created by Ministry of Home Affairs (MHA) to identify areas for use of Space Technology in improving Border Management.
Key Points:
i. The task force was headed by the Joint Secretary Border Management (BM) and included members from BSF, Department of Space and BM Division, MHA.
ii.  The task force consulted all stakeholders including Border Guarding Forces (BGFs), ISRO, National Security Council Secretariat (NSCS) and Ministry of Defence (MoD) to finalise the report.
iii. The space technology will now be used in the following areas of Border Management:

iv.  A short, medium and long term plan has also been proposed for implementation of the project in a time bound manner, in five years in close coordination with ISRO and MoD.
v. The Indian Regional Navigation Satellite System (IRNSS) based GPS will provide navigation facilities for operational parties in high altitude, remote and difficult borders and Naxal areas.
vi. Furthermore deployment of Central Armed Police Forces (CAPFs) in remote areas will be also coordinated by satellite communications.
vii. For implementation of ground segment and network infrastructure including establishment of Archival Facility, the MHA has designated the Border Security Force.
viii. The project which will strengthen island and border security and facilitate development of infrastructure in border/island areas will be implemented by MHA with the assistance of Department of Space.
About Ministry of Home Affairs:
♦ Minister: Rajnath Singh
♦ Minister of State: Kiren Rijiju, Hansraj Gangaram Ahir
About Indian Space Research Organisation (ISRO):
♦ Director: Kailasavadivoo Sivan
♦ Headquarters: Bengaluru
♦ Founded: 15 August 1969

India and Mongolia Sign a Powerful MoU at ICMEI
The Embassy of Mongolia and International Chamber of Media and Entertainment Industry (ICMEI), India have further strengthened the relationship between India and Mongolia by signing a MoU in the field of art and culture. Key Points:
i.  The MoU was signed in the presence of H.E. Gonchig Ganbold Ambassador of Mongolia to India and Dr. Sandeep Marwah, President ICMEI.
ii. The MoU will enable the two countries to work together on different segments including print, radio, television, cinema, animation, Performing and Fine Arts, tourism, hospitality, education, environment, solar energy, skill development, PR events and advertising, Fashion and Design and Journalism.
iii. During the event, the deserving students from Mongolia were handed over the first scholarship of short-term course of Asian Academy of Film and Television which also includes boarding and lodging for three months.
iv. Besides, decisions regarding the visit of media team to Mongolia, festival of Films from Mongolia, joint venture in feature film and short film with Mongolian film makers, promotion of Mongolia as a film location, Tourism in Mongolia, etc. were also taken at a joint meeting.
About Mongolia:
♦ Capital: Ulaanbaatar
♦ Currency: Mongolian tögrög
♦ President: Khaltmaagiin Battulga

Saksham 2019, annual event of PCRA, launched by Petroleum ministry in New Delhi
On January 16, 2019, the 2019 edition of ‘Saksham’, an annual high intensity one-month long people-centric mega campaign of Petroleum Conservation Research Association (PCRA) under the aegis of Ministry of Petroleum and Natural Gas was launched in New Delhi. 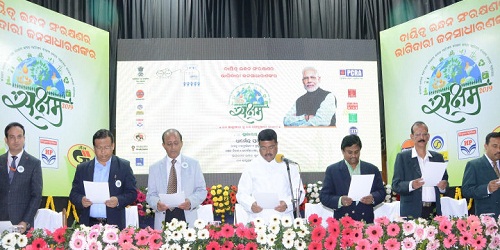 It was launched by Shri. Rajiv Bansal, Addl Secretary & Financial Adviser Ministry of Petroleum and Natural Gas.
i. The following lists the various activities that took place in the launch of Saksham 2019:

2nd Regional Conference on “Deendayal Disabled Rehabilitation Scheme (DDRS)” held at Mumbai
On January 17, 2019, Ministry of Social Justice & Empowerment, Department of Empowerment of Persons with Disabilities organized the 2nd regional conference at Nehru Centre, Mumbai, on a scheme titled ‘Deendayal Disabled Rehabilitation Scheme (DDRS)’.
i. The conference consisted of Programme Implementing Agencies (PIAs) from the Western Region of the country which further would culminate in a National Conference in New Delhi.
ii. The Regional Conference was organized in order to disseminate the provisions of the revised scheme (2018) and to create better linkages between the department, agencies and stakeholders associated with the scheme.
iii. The western states concerned were, namely, Maharashtra, Madhya Pradesh, Gujarat and Goa and two Union Territories i.e., Dadra & Nagar Haveli and Daman & Diu.
About the scheme DDRS:
i. DDRS is a Central Sector Scheme of Government of India which is being implemented since 1999 for providing financial assistance to NGOs working for education and rehabilitation of persons with disabilities.
ii. The objective of the scheme is ensuring welfare of Divyangjan and the dignity they deserve.
iii. Under DDRS, Grant-in-Aid is released to about 600 NGOs every year.
iv. About 10% of total NGOs under DDRS, 10% of total grant and 10% of Special School for Children with Intellectual Disabilities are from Western Indian States
v. Currently in 2018, it was revised and the revised scheme is being implemented since 1st April 2018.
vi. In the revised scheme, the following changes were made: UP third state to approve quota for poor among upper castes
On 18th January 2019, Uttar Pradesh became the third state after Jharkhand and Gujarat to approve the 10 per cent reservation for economically backward among upper castes in jobs and educational institutions.
i. The Approval was given in a meeting headed by Uttar Pradesh Chief Minister, Yogi Adityanath.
ii. The Reservation for the poor among upper castes came into effect on 12th January 2019, after President of India gives assent to The Constitution (One Hundred and Third Amendment) ACT, 2019. 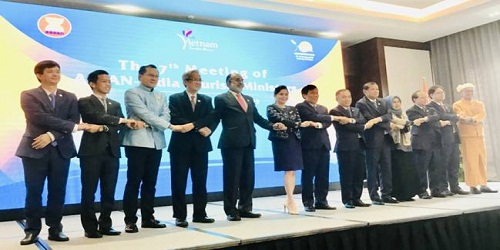 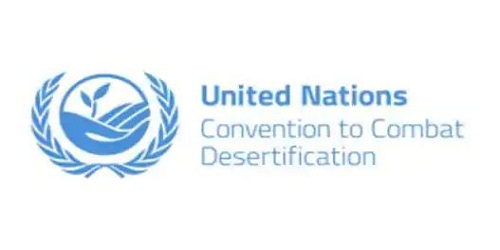 i.  The event will be participated by more than 100 countries and it is likely to be held in the month of October, 2019.
ii. UNCCD COP-14 aims to showcase the India’s commitment to achieve land degradation neutrality by 2030.

Palestine took over the Chair of the Group of 77 (G-77) for 2019 from Egypt
On January 15, 2019, Palestine took over the chairmanship of the Group of 77 from Arab Republic of Egypt.
i. Prior to this, Egypt was the previous Chair of the bloc which is a coalition of 134 developing countries, along with China.
ii. The decision to elect Palestine as 2019 Chair of the G77 was taken in September 2018 by the foreign ministers of the Groups’ member States.
iii. In October 2018, the UN General Assembly approved a resolution enabling Palestine, a non-member Observer State at the world body, to have additional privileges and rights, such as participating in international conferences held under its auspices, for the duration of its role as G77 Chair.
About G77:
♦ It was established in 1964 by 77 developing countries in Geneva.
♦ The Chairmanship, which is the highest political body within the organizational structure of the Group of 77, rotates on a regional basis (between Africa, Asia-Pacific and Latin America and the Caribbean) and is held for one year.
Its main functions are: 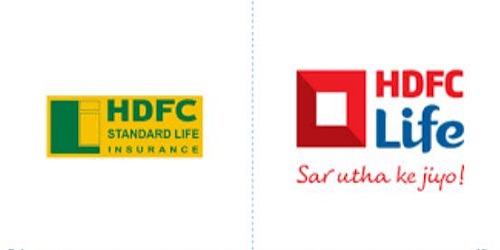 Vinesh Phogat became first Indian athlete to be nominated in Laureus World Comeback of Year Award
On January 18, 2019, Indian female wrestler Vinesh Phogat, who hails from Haryana, became the first Indian athlete to receive a nomination in the prestigious Laureus World Comeback of the Year Award.
i. She was nominated due to her comeback after battling a long injury lay-off to win a gold medal at the Gold Coast Commonwealth Games and Jakarta Asian Games.
ii. Besides her, US Tour Championship winner Tiger Woods, Canadian snowboarder Mark McMorris, American alpine ski racer Lindsey Vonn, Japanese figure skater Yuzuru Manyu, and Dutch para-snowboarding star Bibian Mentel-Spee have also been nominated for the same.
iii.  The deserving winner would be presented the award in Monaco, France on the 18th of February 2019. 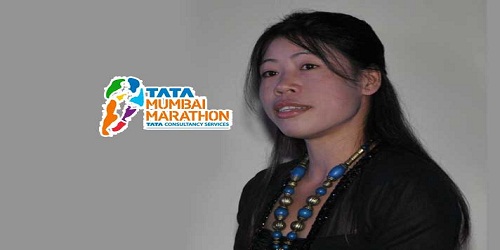 Haryana announces Shaurya Award for Students
On 16th January 2019, Chief Minister of Haryana, Shri Manohar Lal Khattar announced “Shaurya Award” to students in the name of 71 state police force martyrs who laid down their lives while maintaining law and order and protecting society since the formation of state in 1966.
Key Points
i.  A prize money of Rs. 11,000 will be given to students for courageous deeds every year in a village block where school is located under this award.
ii. The announcement was made by Manohar Lal Khattar at the first state level function at National Police Memorial in New Delhi.
iii.  Chief Minister, Mahohar Lal Khattar also released a book titled “Martyrs of Haryana Police” which highlights the heroic deeds of the police personnel.
About Haryana
♦ Governor: Satyadev Narayan
♦ Chief Minister: Manohar Lal Khattar
♦ Capital: Chandigarh

Prabhat Singh appointed DG in NHRC
On 17th January 2019, the Department of Personnel & Training, Government of India has appointed Senior IPS Officer Prabhat Singh as Director General (Investigation) in the National Human Rights Commission.
Key Points:
i.  Singh, a 1985 batch IPS Officer of AGMUT cadre is at present Special Director, Central Reserve Police Force (CRPF).
ii.  He has been appointed to the post for a period up to April 30, 2020, the date of his superannuation.
iii. The appointment of Mr. Singh came after the post of the Director General (Investigation) National Human Rights Commission (NHRC) fell vacant with the retirement of Gurbachan Singh (IPS 1984 batch) on 31 December 2018.
About National Human Rights Commission of India:
♦ Chairperson: Shri Justice H. L. Dattu
♦ Headquarters: New Delhi 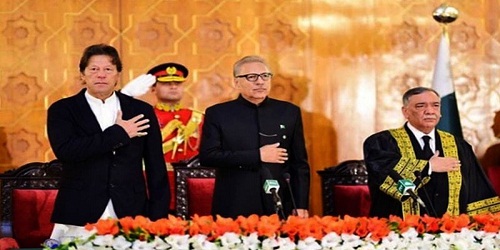 Key Points:
i. Justice Khosa, 64,was administered oath by President Arif Alvi, in the ceremony  which was also attended by Prime Minister Imran Khan, judges of high courts, ministers, diplomats, civil and military officials, lawyers and foreign guests, including from India.
ii. He will serve as the top judge of Pakistan for nearly 337 days and is scheduled to retire on December 21, 2019.
iii. Because of his habit of citing works of literature in his judgements, he is known as the “poetic justice” and is regarded as Pakistan’s top expert in criminal law.
iv. Some famous judgements of Justice Khosa include overturning of the death penalty of Asia Bibi, a Christian woman jailed for blasphemy and disqualification from politics for life to the former prime minister Nawaz Sharif after corruption allegations in 2017 in the landmark Panama papers verdict.
About Pakistan:
♦ President: Arif Alvi
♦ Prime Minister: Imran Khan
♦ Capital: Islamabad
♦ Currency: Pakistani Rupee 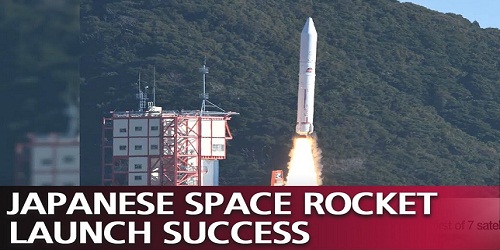 Key Points
i. The cost of launch which is roughly USD 50 million was borne by Japan Aerospace Exploration Agency (JAXA) to promote and encourage space exploration by private sector in Japan.
ii. The Epsilon series was developed in a bid to put small satellites into orbit at a low lost. Key Points
i.  Indian team lead by Virat Kohli also became the first ever Indian side to win bilateral ODI series in Australia.
ii. Yuzvendra Chahal was given the player of the match award whereas Veteran Player M. S. Dhoni was honoured with Player of the series award.
iii. Earlier, India defeated Australia by 2-1 in the test series for the first time.
iv. Cheteshwar Pujara was awarded the Player of the series in Test Series against Australia.
About Australia
♦ Capital: Canberra
♦ Currency: Australian Dollar
♦ Prime Minister: Scott Morrison

Rani to lead Indian women’s hockey team for Spain tour
On 18th January 2019, the Hockey India announced that striker Rani Rampal will lead the 18-member Indian women’s team for the season opener tournament in Spain starting 26 January 2019.
Key Points:
i. Besides, goalkeeper Savita was appointed as the vice-captain of the Indian Women Hockey team for the tour.
ii. Throughout the tour the Indian Hockey team which is coached by Sjoerd Marijne is set to play four matches with Spain and two matches against the Women’s World Cup runners-up, Ireland. 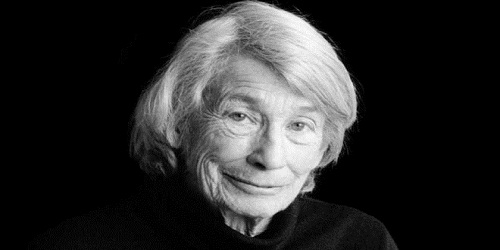 i. She was critically acclaimed for her rapturous odes to nature and the animal life.
ii. Mary Oliver wrote more than 15 poetry and essay collections.