We are here for you to provide the important Current Affairs February 9 2019, which have unique updates of all daily events from all newspapers such as The Hindu, The Economic Times, PIB, Times of India, PTI, Indian Express, Business Standard and all Government official websites. Key Points
i. He has inaugurated New High Court Circuit Bench in Jalpaiguri. This will facilitate justice to public of Darjeeling, Kalimpong, Jalpaiguri and Cooch Behar in North Bengal.
ii. During his day-long visit, he has inaugurated the four laning of the Falakata-Salsalabari section of National Highway-31 D. This will reduce distance from Salsalabari and Alipurduar to Siliguri, which will provide better access to railways and airways.
West Bengal
♦ Capital- Kolkata,
♦ CM- Mamta Banerjee,
♦ Governor- Keshari Nath Tripathi

Ministry of Agriculture & Farmers welfare issued Categorization of farmers in agriculture census
On 6th February 2019, Ministry of Agriculture and Farmers Welfare Issued Categorization of farmers in agriculture census. Agriculture census was held at 2015-16 which is conducted in every five years.
Key Points
i. In the census operational holdings are categorised as marginal, small, semi-medium, medium and large classes. Scheduled Castes, Scheduled tribes and others are the sub classification of operational holdings on the basis of social groups.
ii. The government will focus in better and new technological solution for small and marginal farmers in order to improve and double this income by 2022.
iii. Pradhan Mantri Krishi Sinchai Yojana (PMKSY), Pradhan Mantri Fasal Bima Yojana (PMFBY), National Agriculture Market Scheme (e-NAM), Soil Health Card, etc are various schemes implemented by Government of farmer welfare.
Categorisation of operational holdings as per Agriculture Census 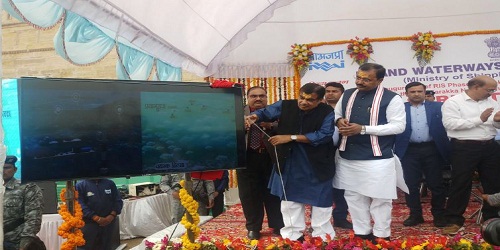 Key Points
i. A new arrangement of Navigation Lock to enable breeding of Hilsa fish in River Ganga and to conserve the river ecosystem is being constructed with the cost of Rs. 361.35 Crore at NW-1 under Jal Marg Vikas Project and it is expected to be completed by June, 2019.
ii. The 2nd Phase of RIS is aimed at enhancing swift electronic data transfer so as to boost movement of Cargo and Fishery Development in river Ganga.
iii. One Control station will be made at Patna whereas 5 base stations will be made at Manihari, Bhagalpur, Munger, Barh and Hatidah under the 2nd Phase.
iv. A Namami Gange Exhibition at kumbh Mela, Prayagraj and National Highway Projects of Rs 7195 were also inaugurated  by Nitin Gadkari. 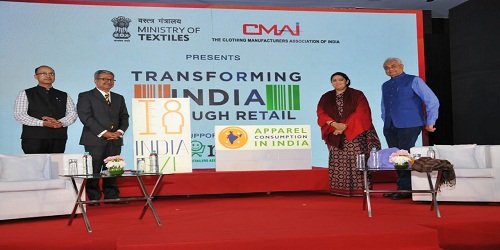 i. During this ceremony,Minister also launched a Study of Apparel Consumption in India. The report of this study would released by July 2019.

Taj Mahal, Agra Fort and Qutub Minar are now under Top 10 Revenue Generating Monuments
Dr. Mahesh Sharma said that Taj Mahal, Agra Fort and Qutub Minar are among the top 10 Revenue Generating Monuments for 2015-2018 .
Key Points
i. The other monuments in the list are Ellora caves, Sun Temple in Konark, Mamallapuram monuments, Khajuraho monuments, Ajanta caves in Aurangabad, Red Fort.
ii. Among all, Taj Mahal and Agra Fort both located in Agra come at the top positions for revenue generation.
iii. Archaeological Survey of India (ASI) has expend following amount year wise for the conservation of protected monuments-

New Delhi hosted ‘Indian Ocean Rim Association’ meet
Indian Ocean Rim Association meet was organised in New Delhi in collaboration of Ministry of Home Affairs with the Ministry of External Affairs and National Disaster Management Authority (NDMA) solely based on Disaster Risk Management.
Key Points
i. IORA has set Disaster Risk Management its priority to enhance resilience in IORA countries according to its ‘2017-2021’ Action plan.
ii. This meet will manifest establishment of a DRM Core Group to take ahead the objective of the work plan.
iii. It will focus and strengthen cooperation in disaster response intervention and mobilization of relief material to affected countries.
♦ Minister of Home Affairs – Rajnath Singh
♦ Minister of External Affairs- Sushma Swaraj

Key Points
i. The theme of the summit was ‘Connectivity : Pathway to Shared Prosperity’. Participants were from largest institutions from different countries including political parties, think-tanks, media and cultural organizations.
ii. The summit is a step to facilitate Socio-cultural exchanges between the countries to further strengthen the values of tolerance, pluralism and diversity.
iii. The summit will help to lead the development of Guwahati through youth forces. Guwahati has been becoming to be the gateway to South-East Asian countries.
iv. During the summit, Sonowal said the construction of Lokpriya Gopinath Bordoloi International Airport (LGBI) in Guwahati is the fastest way. It was a financial outlay of Rs.1300 Cr.
About Association of South East Asian Nations (ASEAN)
♦ Headquarter: Jakarta, Indonesia
♦ Established: 8th August 1967
♦ Secretary General: Lim Jock Hoi

Bhupesh Baghel presents Chhattisgarh’s Annual Budget
On 8th February 2019, Chhattisgarh Chief Minister, Bhupesh Baghel who also holds finance portfolio has presented the Annual Budget for 2019-2020 on the opening day of Budget session.
Highlights of Budget
i. Annual budget has been amounted of Rs. 90,910  crore which is 11% more than the previous year’s budget.
ii. Rs. 5000 crore has been marked for farm loan waiver. Core areas on which the Budget is focused are rural economy, middle class and Farmers.
iii. Rs. 4000 crore had been marked for Mukhya Mantri Khadyanna Suraksha Yojana to provide 35 kg rice per ration card to BPL families.
iv. Loan of Rs. 12,000 has be cut down to Rs. 10,913 crore within the range in the nest fiscal.
v.“Legislators Fund” has been increased to Rs 2 crore from the existing Rs 1 crore.
vi.Rs 50 crore has been earmarked for the proposal of five new Food Parks to boost agricultural production in the state.
vii.Rs 400 cr allocated to provide 50 per cent rebate to people on domestic use of electricity.
Chhattisgarh
♦ Capital- Raipur
♦ Chief Minister- Bhupesh Bhagel
♦ Governor-  Anandiben Patel

UP Government presented Rs.4.79 lakh crore annual budget for 2019-20
On 7th February 2019, the annual budget 2019-20 in Uttar Pradesh tabled by Yogi Adityanath government presents Rs. 4.79 lakh crore budget. The budget was read out by Finance Minister Rajesh Agarwal.This was the third budget of the Adityanath government.
Key Points
i. The budget comprised of new schemes, worth 21,212.95 crore.The revenue receipt from State Goods and Services Tax (SGST) and Value Added Tax (VAT) is estimated to be Rs.77640 crore while excise duty is to be Rs.31517 crore in 2019-20.
ii. Adequate funds are distributed for infrastructure, agriculture, health, education, energy, social welfare and flagship projects. Budget also contains provision for WiFi in universities and degree colleges.
iii. The government has launched Kanya Sumangala Scheme for upliftment of women which would give ‘handsome’ money to all girls in the state when they get married or pass graduation. The money will deposited in the account of the girls in installments from their birth to college graduation. It would be useful for their marriage.
About Uttar Pradesh
♦ Capital: Lucknow
♦ CM : Yogi Adityanath
♦ Governor: Ram Naik

Steps taken for the protection of Sentinelese Tribe
The Sentinelese Tribe are the inhabitants of  North Sentinel Island in the Bay of Bengal in India .The Sentinelese tribe is at the verge of extinction.The 2011 census estimates their quantities at a mere 50.
Measures taken
i. The North Sentinel Island along with 5 km coastal sea is remarked as a tribal reserve.
ii. To make maritime sources like fish, turtle and many others readily available to this Tribal Groups (PVTGs),coastal sea up to a preset extent of 1 Km to 5 Km along the tribal territory is also been notified as a tribal reserve.
Laws promulgated for the protection of interests of Sentinelese Tribe are:

US approved sale of two missile defence systems for Air India One
On February 7,2019,US agreed to sell two of its advanced missile to India for Air India one. 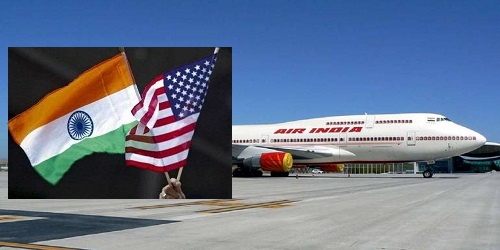 i. US approved the purchase of the two systems known as Large Aircraft Infrared Countermeasures (LAIRCAM) and Self-Protection Suites (SPS) at cost of USD 190 million,
to enhance the security of planes flying the Prime Minister and the President.
ii. The purpose of the LAIRCM programme is to protect large aircraft from man-portable missiles.
iii. To purchase these two missile defence system,in the interim budget Rs.1084 crores have allotted and these missiles are to be in India in the year end.

The limit on collateral-free agriculture loans is increased to Rs. 1.6 lakh by RBI
On 6th February 2019,RBI has announced to increase the limit on collateral-free agriculture loans to Rs.1.6 lakh from Rs.1 lakh. It will help to boost liquidity particularly among small and marginal farmers in the farming sectors.
Key Points
i. RBI’s move will enhance coverage of small and marginal farmers in the legal loan system. As the input costs and support prices for agriculture products have gone up, the increase of limit was essential for farmers.
ii. Government has already distributed Rs.11 trillion in Agriculture loans. Tamil Nadu has disbursed Rs.1.58 trillion followed by Andra Pradesh with Rs.1.12 trillion.
iii. RBI has also decided to set up an internal working group to address issues on disparity, average issues and to review agriculture credit.
iv. Government along with banks has decided to launch a campaign to bring more farmers under Kisan Credit Card (KCC). The total number of farmer as estimated to be around 14 crore while only 6.95 crore KCCs are made in the country.
About Union Agriculture Ministry
♦ Union Minister: Radha Mohan Singh
♦ Minister of state: Gagendra Singh Shikhawat Key Points
i. It Objective is to promote India as an Investment friendly destination and provide necessary guidance and advice to the potential investors within and outside India.
ii. Invest India is a non-profit venture under the Department for Promotion of Industry and Internal Trade, Ministry of Commerce and Industry, Government of India.
iii. ICAI will support potential investors regarding accounts, taxation,Legal and advisory services and regulation compliances for investment in India.
iv. Programmes like investment promotion events and investors outreach will be organized by both the parties across the globe.
About Institute of Chartered Accountants of India (ICAI)
♦ Founded: 1st July 1949
♦ President: Naveen N D Gupta 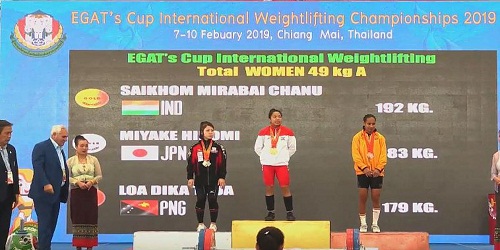 Key Points
i. Mirabai Chanu has won 48 kg category Gold with effort of 192 kg in the silver level Olympic qualifying event for 2020 Tokyo Olympics.
ii. She lifted 82 kg in snatch and 110 kg in lean and jerk to finish on top of the event.
iii. She has made a comeback from the injury in her lower back that kept her away to perform since long time.
About Thailand
♦ Capital- Bangkok,
♦ Currency- Thai Baht
About Manipur
♦ Capital – Imphal,
♦ CM – Nongthombam Biren Singh,
♦ Governor – Najma Heptulla 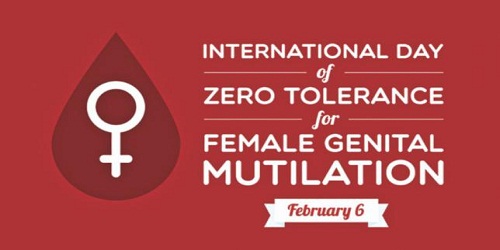 i. The UN officially commemorated the International Day of Zero Tolerance for Female Genital Mutilation to remark to fight against FGM on  February 6, 2003.
ii. The theme for the year 2019 is #EndGFM.

Oil industry observed Ujjwala Utsav on February 7
On February 7,2019 ,Oil industry observed Ujjwala Utsav to celebrate the role of the stakeholders in making Pradhan Mantri Ujjwala Yojana, a resounding success.
i. This event was organised by the Ministry of Petroleum and Natural Gas to encourage and motivate the field force for their contribution to PMUY scheme.
ii. During this ceremony,PMUY Anthem-Ujjwala Bharat Ujjwala was launched which was composed by eminent singer Kailash Kher.
About Pradhan Mantri Ujjwala Yojana
i. Initiated in on May 1,2016, PMUY was launched by our PM Narendra Modi, with an aim, to provide 5 crore (now 8 crores) deposit free LPG connections to women belonging to the Below Poverty Line families.Pradhan Mantri Ujjwala Yojana was launched by our Prime Minister Narendra Modi on May 1 ,2016 in Balli,Uttar Pradesh.
ii. On January 2,2019, it achieved the target of 6 crore.