We are here for you to provide the important Current Affairs February 22 2019, which have unique updates of all daily events from all newspapers such as The Hindu, The Economic Times, PIB, Times of India, PTI, Indian Express, Business Standard and all Government official websites. 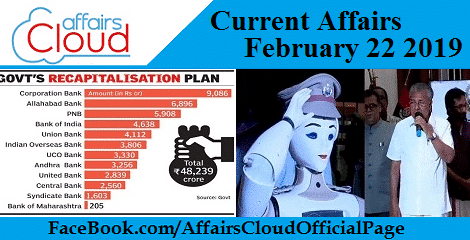 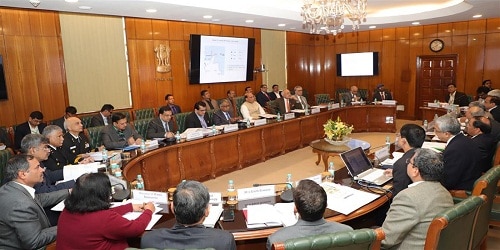 i. Bids for private sector participation in 3 tourism-based projects have been invited by the Andaman and Nicobar Administration, which include Eco-Tourism projects in Smith Island and Long Island and Tent City project in Aves Island.
ii. In Lakshadweep, 3 projects have been identified, namely Tourism projects in the islands of Kadmat, Minicoy and Suheli Cheriyakara. Environmental Clearance (EC), Coastal Regulation Zone (CRZ)clearance and all other clearances required for these projects are being obtained.
iii. The Department of Industrial Policy & Promotion (DIPP), Ministry of Commerce, has issued a notification extending tax incentives for investments made in manufacturing and service sector in islands of Andaman & Nicobar and Lakshadweep which include:

iv. 7 Islands have been identified for Seaplane Operation:

CRZ clearance has been accorded for ‘Middle Strait Bridge’ on Andaman Trunk Road.
v. 10 Deep-Sea Modern Fishing Vessels are being procured by Lakshadweep Administration from Cochin Shipyard Limited for sustainably utilizing the potential of Tuna Fish.
vi. Export of sea food and coconut products is also encouraged to generate more employment opportunities in the islands.

Government signed MoU with Canadian University, UBC, for research on environment issues
The Ministry of Environment, Forest and Climate Change (MoEFCC) signed a Memorandum of Understanding (MoU) with the University of British Columbia (UBC), Canada for next 10 years to explore opportunities for collaborations in the field of Forestry Science and to work on various environmental issues like Climate Change, Forest Resource Management and Wildlife. The opportunities will be explored by organizations like Indian Council of Forestry Research and Education(ICFRE), Wildlife Institute of India (WII), Forest Survey of India (FSI), Indira Gandhi National Forest Academy and Directorate of Forest Education, Uttarakhand, and UBC, Canada.

NARI decided to drop focus on AIDS and undergo change name
The National Aids Research Institute (NARI) has decided to drop its focus on research into the Acquired Immuno-deficiency Syndrome (AIDS) and to undergo a name change in the coming months.
i. It will no longer serve as a single disease centre,after observing a major drop in number of HIV positive cases in the last few years in the country.
ii. It will address other areas of public health too and apply the same knowledge and expertise to other fields of public health as well.
About NARI
♦ Director – Dr. Samiran Panda
♦ Headquarters – Pune, Maharashtra

Government announces free air travel for CAPF to Jammu & Kashmir
The Ministry of Home Affairs, following the terror attack in Jammu and Kashmir’s Pulwama which killed 40 personnel of the Central Reserve Police Force, approved free air travel of all personnel of the Central Armed Paramilitary Forces (CAPF) moving between Delhi and Srinagar, and Jammu and Srinagar on official duty, transfer, or on leave.
About 7,80,000 personnel of the CAPF in the ranks of constable, head constable and ASI, who were previously ineligible, will be benefitted by this step. Previously, only officers were given air travel facility.
About Indian Army
♦ Chief – General Bipin Rawat
♦ Headquarters – New Delhi i. This has been done to enable them to meet their regulatory capital requirements and to increase the availability of credit for stronger lenders.
ii. The largest beneficiaries of this infusion are:

iii. This infusion takes the total government infusion to Rs 1,00,958 crore out of the total of Rs 1.06-lakh crore capitalisation programme of PSBs for this financial year.The remaining Rs. 5,000 crore capital infusion would be used as buffer for any financial uncertainty or as a growth capital for the merger of BoB (Bank of Baroda), Dena Bank, Vijaya Bank. 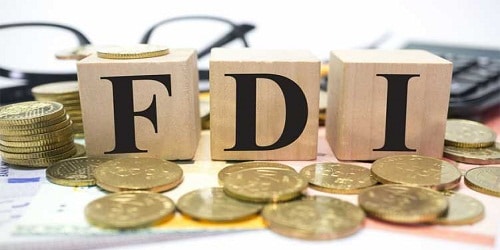 i. The key sectors that received the maximum foreign investment during the period are: 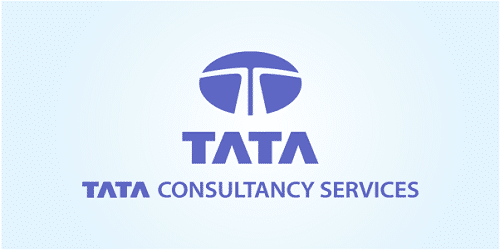 Key points:
i. TCS has the most employee-friendly workplace policies, good work culture and has done large investments for the skill development of its 4.17 lakh employees globally.
ii. It has also been tagged as the number one top employer in four regions- North America, Europe, Asia Pacific and the Middle East  and as a top employer in 29 other nations.
iii. TCS provides mentorship to various famous global firms by its Business 4.0 transformation journeys which are a result of the talented and updated workforce. 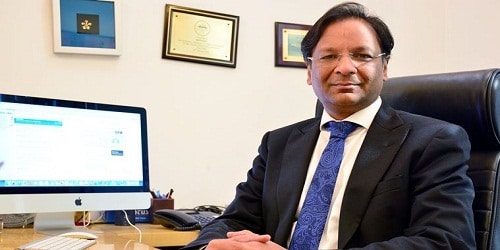 Other members of the foundation are-

i. AIBA formed the Foundation Board for Better Boxing in the last meeting of its Executive Committee to formulate action plan for global development of the sport in future.

Former Judge, Justice D.K. Jain, appointed as First BCCI ombudsman by SC
The Supreme Court appointed its former judge, Justice D K Jain as the first ombudsman for the Board of Control for Cricket in India (BCCI). 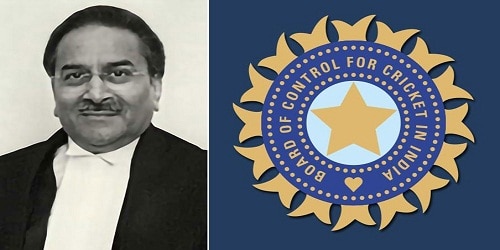 i. Bench comprising Justices SA Bobde and A. M. Sapre appointed Justice D. K. Jain as the ombudsman after getting a consent of the parties and their suggestions to do so.
ii. The ombudsman will be resolving any issue that comes with regards to the players, as also financial issues.
Background:
The apex court in its August 9, 2018 verdict had recommended the appointment of ombudsman. 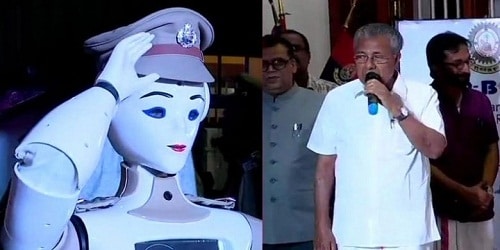 i. With this, the Kerala State Police Headquarters has become the first police department in the country to use a robot for police work.
ii. The robot’s gender is declared female keeping in mind women empowerment and gender equality.
iii. She will perform Front Office duties of the police headquarters like receiving visitors and direct them as required.
iv. Visitors can directly interact with her and she is capable of tasks like fixing appointments with officers, provide ID cards and open new files based on the grievances. She can also identify higher officials and greet them with a salute.
v. In 2018’s Cocoon Cyber Conference it was announced that robots will be included in the police force, after which, the work on the project was started by state police Cyberdome and a Kochi based start-up, Asimov.

i. She is expected to make a debut in March, during the upcoming meetings of China’s national legislature.
ii. Earlier, Xinhua also developed Qiu Hao,the world’s first male AI news anchor at the World Internet Conference in Wuzhen held in November 2018, who is capable of mimicking human facial expressions and mannerisms while reading out news-reports.

India’s LCA Tejas gets clearance for induction into IAF
On 19th February 2019, Final Operational Clearance(FOC) was granted by the Centre for Military Airworthiness and Certification (Cemilac), to Tejas– India’s Light Combat Aircraft (LCA) for induction into the Indian Air Force (IAF). It will be inducted as a weaponised fighter jet.
The announcement was made at Aero India 2019 in Bengaluru, Karnataka.
Key points:
i. Tejas is India’s first indigenously made fighter jet.
ii. It performed air-to-ground attacks and air-to-air refuelling at IAF’s Vayu Shakti air display at Pokhran in Rajasthan on February 16.
iii. Hindustan Aeronautics Ltd(HAL) plans to deliver 16 Tejas LCA by the end of the year.

Lockheed Martin unveiled new F-21 fighter jet to be made in India
US defence firm,Lockheed Martin,unveiled the F-21 multi-role fighter jet at Asia’s biggest air show Aero India-2019, which will be manufactured in India, under Prime Minister Narendra Modi‘s flagship programme ‘Make in India’.
i. It is specifically configured for the Indian Air Force (IAF) and provides a host of Make in India opportunities and strengthens India’s path to an advanced airpower future.
ii. It will be produced by Lockheed Martin and Tata Advanced Systems.
About Lockheed Martin
♦ It is a global security and aerospace company that employs approximately 1,05,000 people worldwide and is principally engaged in the research, design, development, manufacture, integration and sustainment of advanced technology systems, products and services.
♦ It had earlier offered its F-16 fighter to India.
About IAF
♦ Chief – Air Chief Marshal Birender Singh Dhanoa
♦ Headquarters – New Delhi

Tortoise feared extinct for 100 years spotted on Galapagos island
A species of tortoise- Fernandina Giant Tortoise, labelled by International Union for Conservation of Nature (IUCN) as critically endangered and possibly extinct for the last 100 years, was rediscovered in Galapagos Island of Fernandina.
An adult female Chelonoidis phantasticus, also called Fernandina Giant Tortoise, was spotted in a joint expedition of the Galapagos National Park and the U.S.-based Galapagos Conservancy, Ecuador.

Australian small brown rat becomes World’s first mammal to go extinct due to climate change
i. A small brown rat of bramble cay melomys species lived on a tiny island off northern Australia and becomes the world’s first mammal to have become extinct due to “human-induced climate change”.It was found only on a small sand island near the coast of Papua New Guinea. ii. The rat was not seen since 2009 and scientist thought that the mammal might become extinct in 2014.
Reason behind its Extinction:
Extreme high water levels and damaging storm surges,including its sources of food. i. The 2019 Qatar Total Open is a professional Women’s Tennis Tournament played on Hard Courts. It was the 17th edition of the event and a Premier tournament on the 2019 WTA Tour played between 11 and 16 February 2019.
ii. Both the events took place at the Khalifa International Tennis and Squash complex in Doha, Qatar.
Results of 2019 Qatar ExxonMobil Open

Chris Gayle broke Shahid Afridi’s record for “Most Sixes in International Cricket”
West Indies’ batsman, Chris Gayle, broke the record for “Most Sixes in International Cricket” by achieving a feat of 477 international sixes at the 1st ODI between West Indies and England at the Kensington Oval in Bridgetown, Barbados. It was his 444th match.
i. With this he broke the record held by Shahid Afridi who had a total of 476 sixes in international cricket in 524 matches.
ii. He hit the 477th six in the 15th over bowled by Moeen Ali of England.
Related Points
♦ Chris Gayle has announced that he will retire at the end of 2019 ICC Cricket World Cup. 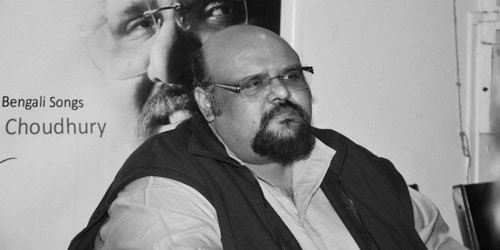 i. He’s popular for songs like Sakhi Tumi Kar (1980), Ek Je AachheKanya (2001) and Patalghar (2003) and has performed with famous singers in various concerts.
ii. He hailed from West Bengal.