We are here for you to provide the important Recent and Latest Current Affairs April 8 2019, which have unique updates of all daily Latest Current Affairs 2019 from all newspapers such as The Hindu, The Economic Times, PIB, Times of India, PTI, Indian Express, Business Standard and all Government official websites. 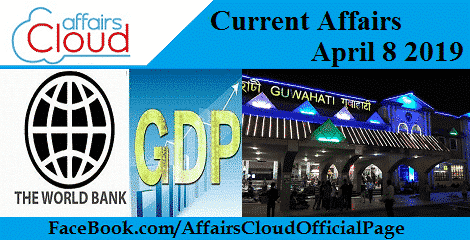 85% of Ujjwala beneficiaries still use solid fuels for Cooking
According to a new survey conducted by the Research Institute for Compassionate Economics (r.i.c.e), 85% of the Ujjwala beneficiaries in rural Bihar, Madhya Pradesh, Uttar Pradesh and Rajasthan still use solid fuels for cooking.
Key Points
i. Cooking with Solid fuels can lead to infant deaths and harm child development, heart and lung disease among adults..
ii. Out of 85% of the surveyed households, 53% exclusively used the chulha, while 32% used both.
About Pradhan Mantri Ujjwala Yojana
♦ Launched in 2016, it is a scheme of the Ministry of Petroleum & Natural Gas. It aims to safeguard the health of women & children by providing them with a clean cooking fuel. The scheme provides free LPG connections to economically weaker families.

Key Points:
i. Some issues like the management of the extant security dynamics, mitigation of future security threats were discussed in this conference.
ii. Other issues, such as development of infrastructure for improvement of capacity along the Northern borders, review of strategic railway lines, optimization of a limited budget to ensure making up of critical insufficiency in ammunition and welfare of troops also discussed.
iii. Defence Minister Nirmala Sitharaman delivered her opening address at the conference and the Chief of the Army Staff, Bipin Rawat, chaired the conference. 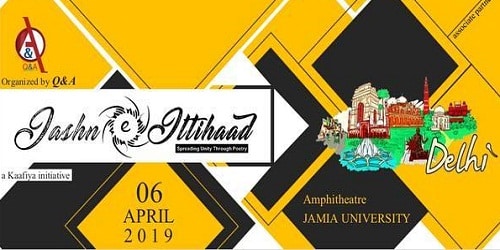 Key Points:
i. The festival was organized by Delhi-based entertainment company Question Associates Pvt Ltd.
ii. In this event, people enjoyed the soulful Hindi and Urdu poetry, music and performances that made them feel good as well as spread awareness about unity and integrity.
iii. Some great poets like Irshad Kamil and Waseem Barelvi participated in this festival.
About New Delhi
♦ Chief Minister:  Arvind Kejriwal
♦ Lt Governor: Anil Baijal
♦ Chief Justice: Rajendra Menon

Around 5000 Konyak women dance to set a Guinness World Record at Mon, Nagaland
On 8th April 2019, in the programme organized at Mon (Nagaland) during the Aoleang Monyu festival (usually held between 1st April to 3rd April every year) around 5000 Konyak Naga women in their traditional attire attempted to set a Guinness World Record for the ‘Largest Traditional Konyak Dance’. i.The festival is celebrated for the arrival of Spring and for a good upcoming harvest.
ii.The theme of the Aoleang Monyu festival aka Mini Hornbill festival was ‘Empowering women for cultural heritage.‘
iii.Konyak Union in coordination with other organisations of the tribe, namely, Konyak Nyupuh Sheko Khong (KNSK) and Konyak Students’ Union (KSU) organized the event.
iv.The objective of the event was to preserve the cultural heritage of the region and the people and to promote tourism.
Additional Information:
♦ Mon is a district in Nagaland in the North Eastern India.
♦ The Konyak people, known mainly for their tradition of head hunting, are the largest of 17 officially recognized tribes in Nagaland.
♦  The first 4 days of the Aoling festival are called:

NTPC Inked Term-Loan Agreement of Rs.2,000 crore with Canara Bank
On 5th April 2019, National Thermal Power Corporation(NPTC) has signed a term- loan Pact of Rs.2,000 crore with Canara Bank. The Loan facility prolonged at an interest rate linked to 3-Month MCLR of Bank. The lent amount would be utilized to part finance company’s capital expenditure.
Key Points:
i. The tenure for the loan is 15 years .
ii. For part financing company’s capital expenditure, NPTC had inked a term-loan agreement for Rs.5,000 crore with State Bank of India in February, 2019.
About NPTC:
♦ It is a State run power giant of Electricity included under the Companies Act 1956.
♦ The headquarters is located at New Delhi.
♦ NPTC founded in November 1975
♦ Gurdeep Singh is the Chairman and Managing Director of NTPC Limited.
About Canara Bank:
♦ It is an Indian Government owned public sector bank established by Ammembal Subba Rao in 1906 at Mangalore.
♦ The Headquarters is situated at Bengaluru. 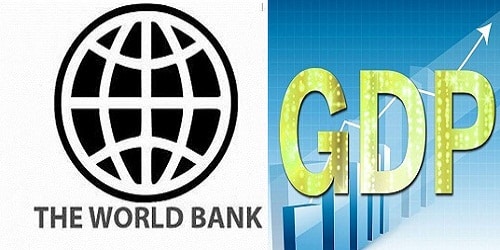 i. The real GDP growth is estimated at 7.2 per cent in FY18/19. According to the latest World Bank’s report on South Asia, data for the first 3 quarters show that growth has been broad-based.
ii. Industrial growth sped up to 7.9 per cent which means the services growth will decelerate. Agriculture growth remains at 4%.
iii. The primary growth enhancer is the domestic consumption whereas gross fixed capital formation and exports contributed to growth.
iv. With sturdy growth food prices are said to recover whereas inflation is approximated to come down to 4%.
v. The consolidated fiscal deficit is expected to decline (to 6.2 and 6.0 percent of GDP in FY19/20 and FY20/21 respectively). Key points
i. It has been given this certificate for providing passenger amenities in a clean and green environment.
ii. ISO certification received by Guwahati Railway Station is ISO-14001, which is for Environment Management System as per international norms which were upgraded in 2015.
About Indian Railway
♦ Union Minister of Railway: Piyush Goyal
♦ Chairman of Railway Board: Vinod Kumar Yadav 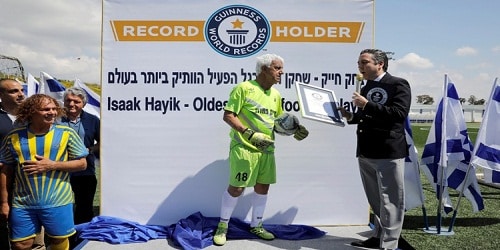 Key Points:
i. The previous record holder was 53 years old Uruguayan Robert Carmona who played a professional match in 2015.
ii. Hayik was born in Iraq and immigrated to Israel with his parents. He was officially recognized in an award ceremony attended by representatives from the Guinness World Record organization.
About Israel
♦ Prime minister: Benjamin Netanyahu
♦ Capital: Jerusalem
♦ Currency: Israeli new shekel
♦ President: Reuven Rivlin

Key Points
i. With this appointment, she becomes the first woman CMD of the mini ratna-I category PSU (Public sector undertakings). She also served as the Director of the Pawan Hans Ltd and Additional Director at Delhi International Airport Limited.
ii. The post was vacant since the superannuation of then incumbent B P Sharma.

A group of jumping spiders spotted for the first time in Ernakulam’s Illithodu forests, Kerala
On 5th April 2019, a new species of jumping spiders named “Habrocestum longispinum” has been spotted in Ernakulam’s Illithodu forests, Kerala by the arachnologists from Kochi’s Sacred Heart College, Thevara.
Key Points:
i. This new species belong to the genus Habrocestum, is being found in Eurasia and Africa.
ii. The survey was funded by the Department of Science and Technology – Science and Engineering Research Board. The study has been published in the Journal of Natural History.
About Kerala
♦ Capital: Thiruvananthapuram
♦ Chief Minister: Pinarayi Vijayan
♦ National Park: Eravikulam National Park, Silent Valley National Park, Mathikettan Shola National Park, Anamudi Shola National Park
♦ Dance forms: Kathakali and Mohiniyattam

An Overview 2019 Malaysia Open
The 2019 Malaysia Open, officially known as the CELCOM AXIATA Malaysia Open 2019, is a badminton tournament which takes place at Axiata Arena in Malaysia. It has a total purse of $700,000. This year, sports event was held in Kuala Lumpur, Malaysia from 2nd to 7th April, 2019.  It was organized by the Badminton Association of Malaysia.
Highlights
i. Lin Dan of China has claimed title in Men’s Singles category by defeating China’s Chen Long, whereas Tai Tzu-ying of Chinese Taipei has claimed the title in Women’s singles by defeating Akane Yamaguchi of Japan.  ii.Ranked as No.1 in world, Tai Tzu Ying will retire from Badminton after 2020 Tokyo Olympics.
The Complete list of winners is given below: 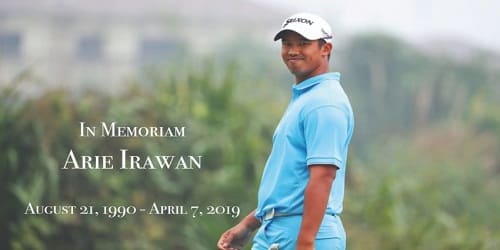 Key Points:
i. He was born on 21st August 1990 in Selangor, Malaysia.
ii. He had been competing in the PGA Tour Series-China’s Sanya Championship where he missed the cut but remained at the Sheraton Sanya Resort across from Yalong Bay Golf Club.
iii. He turned professional Golfer in 2013 and won two Asian Developmental Tour events in his seven-year career.
About Malaysia
♦ Capital: Kuala Lumpur
♦ Currency: Malaysian ringgit
♦ Prime minister: Mahathir Bin Mohamad 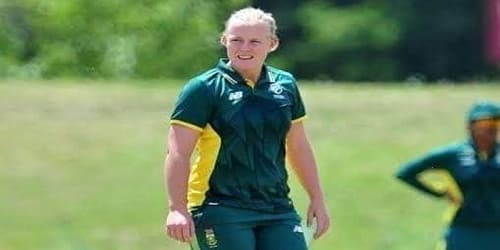 Key Points:
i. She was born on 2nd May 1993, in Klerksdorp.
ii. She represented South Africa in four internationals – three ODIs and one T20I match of 2013 ICC Women’s Cricket World Cup squad.
iii. Her last match for South Africa was an ODI against Bangladesh Women in September 2013 and made her ODI debut during the 2013 World Cup – against Sri Lanka Women in Cuttack.
About South Africa
♦ President: Cyril Ramaphosa
♦ Capitals: Cape Town, Pretoria, Bloemfontein
♦ Currency: South African rand

International Romani Day celebrated on 8th April, 2019
On International Roma Day 2019, the (ERCC) European Roma Rights Centre brings into limelight the grave fact about the 6 million Romani people (living in the EU, European Union) and 4 million living in the enlargement region (Montenegro, Serbia, North Macedonia, Albania, Bosnia and Herzegovina, Kosovo and Turkey) who till date remains the most underprivileged ethnic group of Europe.
i. Romanis, till this day and age, continue to face discrimination on grounds of race, ethnicity, health care, education, employment, public services and social services. The day was initiated during the fourth World Romani Congress of the International Romani Union (IRU) in 1990 to honour the first major international meeting of Romani representatives. After the wreath-laying ceremony by Lt Gen Dalip Singh, VSM, DGOS & Senior Colonel Commandant, senior dignitaries visited the Kangla Tongbi Children’s Home where the children were presented with gifts as a matter of charity.
Additional Information:
i. One of the fiercest battles of World War II, The Battle of Kangla Tongbi was fought by Ordnance personnel of 221 (AOD) Advance Ordnance Depot. It was fought against Japanese forces, as they had planned a three pronged offensive to capture Imphal and the surrounding areas.
ii. The in-charge of the operations for defence of the depot was Major Boyd, the Deputy Chief of Ordnance Officer (DCOO).  He was awarded with various recognitions, namely, the Military Cross (MC), Conductor Panken, the Military Medal (MM) and Hav/ Clerk Store Basant Singh, the Indian Distinguished Service Medal (IDSM).

On 4th April 2019 Nagaland observed 75th Anniversary of the Battle of Kohima
The Nagaland government with representatives from the UK and Japan on 4th April, 2019 observed the 75th anniversary of the Battle of Kohima.  The theme of their speech was ‘Remembrance, Reconciliation and Rebirth’.
i. Presently the three great democracies, Japan, India and UK commit to stand together to work for peace, prosperity and face current challenges.
ii.  In September 2017, during the Japanese Prime Minister Shinzo Abe‘s visit to India, the “India-Japan Act East Forum” was signed to foster the development of the North-Eastern region in all sectors. It also provides platform for India-Japan collaboration under the banner of India’s “Act East Policy” and Japan’s “Free and Open Indo-Pacific Strategy”.
Additional Information:
♦ State: Nagaland
♦ Capital: Kohima
♦ Chief Minister: Neiphiu Rio
♦ The Battle of Kohima often referred to as the “Stalingrad of the East” was fought in three stages from 3rd April 1944 to 22nd June 1944  during the Second World War. It was considered as the turning point of the Japanese U Go offensive, or Operation C mission launched in India in 1944.

Senior Dubbing Artist C R Anandavally passed away at the age of 65
C R Anandavally, an eminent Dubbing artist of Malayalam films who let her voice to several heroines passed away due to her prolonged illness at a private hospital in Thiruvananthapuram on 5th April, 2019.
Key points
i. Anandavally was born in Kollam, Kerala and made a remarkable presence in the film industry by dubbing for actress Rajasri in the film ‘Devi Kanyakumari’, Poornima Jayaram for the film ‘Manjil Virinja Pookkal’.
ii. She was also conferred with the Kerala state award for best dubbing artist for Aadharam in 1992.