We are here for you to provide the important Recent and Latest Current Affairs April 6 2019, which have unique updates of all daily Latest Current Affairs 2019 from all newspapers such as The Hindu, The Economic Times, PIB, Times of India, PTI, Indian Express, Business Standard and all Government official websites. 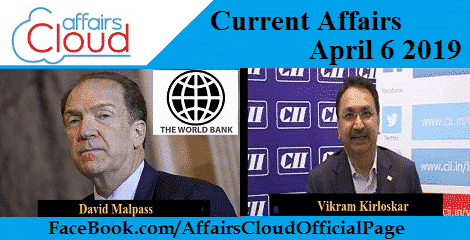 NITI Aayog & Rocky Mountain Institute (RMI) ensures success of the FAME II Scheme
Under the Faster Adoption and Manufacturing of Electric Vehicles II (FAME II) scheme, the NITI Aayog and Rocky Mountain Institute (RMI) have released a report titled ‘India’s Electric Mobility Transformation: Progress to Date and Future Opportunities’. The report is based on opportunities for the automobile sector and government. i. The Indian and global non-profit organisation, Rocky Mountain Institute  is focused on making effective use of the resources by making a total expenditure of Rs. 10,000 crore from three years i.e. 2019 to 2022.
ii. In February 2019, the FAME II scheme  was notified by the Union Cabinet. The objective of the scheme is to enhance the government’s commitment to a clean mobility future with a major focus on electric automobiles.
iii. The FAME II is a vital part of the National Electric Mobility Mission Plan.
iv.The report under the scheme defines:

v. The lifetime cumulative oil and carbon savings deployed through the FAME II scheme will be much smaller than the ones deployed through electric automobiles which could amount to a total savings of 846 million tonnes of carbon dioxide. The electric buses covered under FAME II scheme would be able to travel for  3.8 billion vehicle kilometres (e-vkt) over their entire lifetime.

Indian Navy inked a pact with CSIR
On 5th April, 2019, Indian Navy and Council of Scientific and Industrial Research (CSIR) have signed Memorandum of understanding to tackle joint research and development of advanced technologies for the Indian Navy. Key Points
i. The agreement will facilitate a formal framework for interaction between Indian Navy and CSIR.
ii. This will be a collaborative arrangement between labs of Indian Navy and CSIR to facilitate joint R&D activities in diverse fields of Mechanical, Electronics, Communication, Computer Science, etc.
About Indian Navy:
♦ Chief of the Naval Staff: Admiral Sunil Lamba
♦ Navy Day: 4th December
♦ Motto: Sham No Varunah (May the lord of the water be auspicious unto us)

First Global Conference on Synergies between the 2030 Agenda and Paris Agreement in Copenhagen, Denmark
The first global multi-stakeholder conference on synergies is summoned by (UN DESA) the UN Department of Economic and Social Affairs and the (UN FCCC) United Nations Framework Convention on Climate Change between the 2030 Agenda for Sustainable Development and the Paris Agreement on climate change, was held in Copenhagen, Denmark. It was hosted by the Ministry of Foreign Affairs and the Ministry of Energy, Utilities and Climate.
i. Before the UN High-level Political Forum on Sustainable Development (HLPF) provides a detailed analysis and review of SDG (Sustainable Development Goal) 13 on climate change in 2019, the conference will serve as an Expert Group Meeting (EGM) on SDG 13 (climate action).
ii. The objective of the Climate and SDGs Synergy Conference is to encourage action around the Sustainable Development Goals and provide strategies for boosting up the connection between the SDGs and climate action. It also focuses on maximising co-benefits by encouraging action from global, regional and country-level stakeholders.
iii. On 2nd April, 2019, (UNSCN) the United Nations System Standing Committee on Nutrition had hosted an event titled ‘Sustainable diets for healthy people and healthy planet’ . The event proffered a platform for sharing experiences and challenges in upgrading to healthy and sustainable diets. This in turn extends to the alignment of climate and 2030 agendas, namely, SDG 2 and SDG 13.
Related Points:
♦ Conference dated: 1st April to 3rd April, 2019
♦ Location: UN City, Copenhagen, Denmark
♦ Organizations involved: UNDESA, UN Climate Change
♦ Language: English
♦ Official website: https://sustainabledevelopment.un.org/hlpf/2019
♦ Country: Denmark
♦ Capital: Copenhagen
♦ Currency: Danish krone (symbol: kr.)

RBI alters LCR norms to enhance cash position of banks
RBI has altered the LCR (Liquidity Coverage Ratio) norms to offer an additional 2% window to lenders. The central bank has brought in this alteration in order to improve the cash position of banks by harmonising liquidity requirements and giving away extra money to lenders.
i. For computing the liquidity coverage ratio systematically, banks are allowed to consider an extra 2% of government securities within the compulsory SLR requirement as the Facility to Avail Liquidity for Liquidity Coverage Ratio (FALLCR).
ii. For ensuring the bank’s ability to meet short-term contract, the amount of highly liquid assets acquired by banks is termed as LCR.
iii. The Central Bank has lengthened the deadline for joining the floating interest rates on home, personal, auto and MSEs (Micro and Small Enterprises) loans to external benchmarks.
iv. As the growth of credit is taking a faster pace than deposit growth, banks are facing a resource crunch. So much so that at the sector level, banks have been unshipping extra government bonds to fund for the loan demands.
v. Since mid-September, banks have sold 2 percentage points of their additional bond holdings. Currently the investment to deposit ratio in government bonds is 27.5%, while the compulsory requirement is 19.25%.
vi. In order to improve the process of undertaking foreign-exchange transactions, the non-banking financial companies and non-deposit holding companies (NBFCs-NDSI) in the category of Investment and Credit Companies (ICCs) will be eligible to apply for Authorised Dealer Category II licence.

NIIF and ROADIS on a joint venture to invest $2 billion in Road Projects
The National Investment and Infrastructure Fund (NIIF) and global private infrastructure operator ROADIS (owned by Public Sector Pension Investment board abbreviated as PSP investment) have jointly set up a platform for investing up to $2 billion in road projects in India. 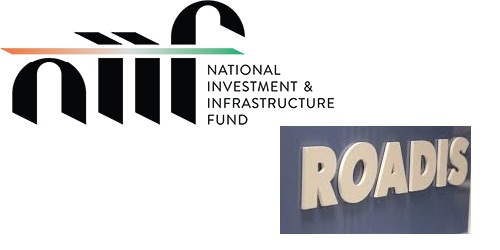 i. The platform will target 3 things, namely,

ii. For the monetisation of publicly-funded highways, the TOT model was introduced by the government of India in 2016. Supported by a sound tolling system, under the TOT model,  the investors make a one-time payment in return for long-term toll collection rights.
iii. ROADIS is by far the largest European highway concession manager in India with 710 km of highways within its ownership and management. ROADIS presently manages 1,892 kilometres of highways which are divided among 10 concessions among the countries, namely, Mexico, Brazil, Spain, Portugal and India.
iv. NIIF, harboured by the Indian government, is a fund manager that invests in infrastructure and related sectors in India. NIIF presently manages capital invested through three funds, namely,

Additional Information:
i. Compared to the  previous times, the national highways are numbered differently now. All of the North-South highways are numbered with even numbers(i.e. 2,4, 6, 8 etc) starting in the East and increasing in number towards the West.
ii. The Crisil report states that India has 75 operational stretches summing up to 4,500 km which would be taken up by the TOT model.

An Overview of ESPN India Awards 2018
The Indian subsidiary of ESPN (Entertainment and Sports Programming Network), India (espn.in) declared the ESPN India awards for 2018 in which PV Sindhu was conferred with the sportsperson of year award in female category and Neeraj Chopra was conferred with the sportsperson of the year award in Male category. 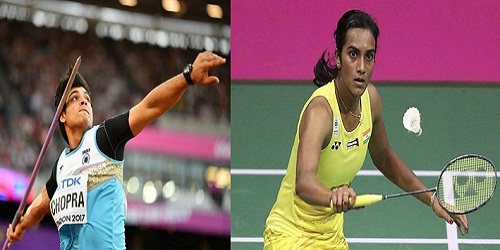 David Malpass has been elected as World bank President
On 5th April, 2019,Davis Malpass senior Treasury official and staunch supporter of President Donald Trump, was unanimously chosen as the next president of the World bank. He will succeed Jim Yong-Kim. 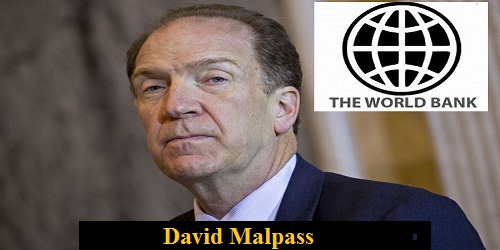 Key Points:
i. He was born on 8th march 1956 in Michigan.
ii. Kristalina Georgieva,chief executive officer of the bank, has been acting as the interim President. Malpass is nominated by Donald Trump.
iii. He is currently serves as Under Secretary of the Treasury for International Affairs and Previously held a senior role in the US State Department for Latin American Affairs.
About World Bank
♦ Headquarters :  Washington, D.C.,United States
♦ Founded : 1944
♦ Founders :  John Maynard Keynes, Harry Dexter White Keypoints:
i. He succeeded Rakesh Bharti Mittal, who is Vice Chairman of Bharti Enterprises.
ii. He was associated with CII for three decades and has been chairman of Global Innovation and Technology Alliance Board since its inception in 2012-13.
Other Appointments:
i. Uday Kotak, the founder, MD & CEO of Kotak Mahindra Bank was appointed as the President-Designate, at the same time CEO & MD of Tata Steel, TV Narendran was designated as the Vice President for 2019-20.
About Confederation of Indian Industry(CII):
♦ Founded: 1895
♦ Motto: Charting Change Enabling Development
♦ Headquarters: New Delhi Key points
i. Currently, he was on the positioned as Vice Chairman of Nasscom, and has succeeded Rishad Premji.
ii. These appointments have been done through an election process by the Executive Council.
About NASSCOM:
♦ Headquarters: Noida, Uttar Pradesh Key points
i. A total of five candidates, including Patel, was elected in addition to the AFC president, and one female member.
ii. Patel was one of the 8 candidates vying for the spot in the election, which was held during the 29th AFC (Asian Football Confederation) Congress. i. Lightfoot is an African American Women who has worked in private legal practice partner at Mayor Brown
ii. Lightfoot is also the first lesbian Leader for the City.
iii. She will succeed  Rahm Emanuel,who previously served as chief of staff under former US President Barack Obama.
About Chicago :
♦ State:  Illinois
♦ Nick name: Windy City Key points
i. The merged entity will be known as ‘Indiabulls Lakshmi Vilas Bank’.
ii. This merged bank will be among the top 8 private banks in India by size and profitability.
iii. As per the share swap ratio, for every 100 shares of Lakshmi Vilas Bank shareholders will get 14 shares of Indiabulls Housing Finance.
About Laxmi Vilas Bank:
♦ Headquarters: Chennai
♦ CEO:  Parthasarathi Mukherjee

Earth’s CO2 levels reached 410 ppm, highest in 3 million years
Germany scientists have warned that there is more Carbon dioxide (CO2) in our atmosphere than in the past three million years. The amount of CO2 in the atmosphere has gone “unnatural”. The study was led by Matteo Willeit of the Potsdam Institute for Climate Impact Research.
Key points
i. Research was made by using a new computer simulation at the Potsdam Institute for Climate Impact Research in Germany. It is published in the journal Science Advances, a publication of the American Association for the Advancement of Science.
ii. CO2 levels should not be higher than 280 ppm without human activity, but currently it’s 410 ppm and rising. 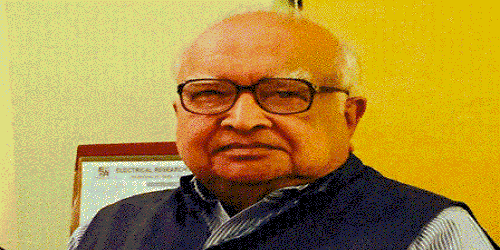 Keypoints:
i. He was the Founder & Director of Entrepreneurship Development Institute of India (EDII).
ii. He was honoured with the Padma Shri in 2017 for his contribution to development of entrepreneurship in India.
Books written/edited by him:

International day of Sport for development and Peace observed on April 6
The United Nations’ (UN) International day of Sport for Development and Peace (IDSDP) is observed annually on April 6 to  recognize the power of sport in promoting peace and erasing cultural barriers worldwide.
Key Points:
i. The date commemorates the inauguration of the first ever Olympic games of the modern era in Athens, Greece in 1896.
ii. The day is an annual celebration of the power of sport to drive social change, community development and to foster peace and understanding.
iii. April 6 was declared as the IDSDP by United Nations in 2013 and has been celebrated each year ever since 2014. Key points
i. West Bengal Governor K N Tripathi has administered the oath of office to Justice T B N Radhakrishnan in a ceremony at the Calcutta high court.
ii. He was earlier the Chief Justice of the High Court of Hyderabad for the states of Telangana and Andhra Pradesh.
About West Bengal:
♦ Capital: Kolkata
♦ Chief Minister: Mamata Banerjee
♦ Governor: Keshari Nath Tripathi