We are here for you to provide the important Recent and Latest Current Affairs April 7 2019, which have unique updates of all daily Latest Current Affairs 2019 from all newspapers such as The Hindu, The Economic Times, PIB, Times of India, PTI, Indian Express, Business Standard and all Government official websites. BIS Inked MoU with IIT- Delhi On Standardisation and Conformity Assessment
The Bureau of Indian Standards(BIS) has signed a Memorandum of Understanding (MoU) with IIT- Delhi to collaborate  in the field of  standardisation  and conformity assessment.The  MoU was signed by  IIT Delhi Professor V Ramgopal Rao and Director General of BIS Surina Rajan. Key Points:
i. According to the MoU, BIS will provide financial support for IIT Delhi for projects and IIT will provide infrastructure support for research and development projects of relevance to standardisation.
ii. BIS and IIT Delhi have also agreed to set up a Centre of Excellence in the field of standardisation , testing and conformity assessment.
iii. The MoU will remain in force for a period of five years and can be extended further.
About BIS :
♦ Establishment : 1986
♦ Founder :  Parliament of India
♦ Headquarters :  Manak Bhawan
♦ Director General: Surina Rajan

Morocco –US Joint Exercise AFRICAN LION 2019 started in Morocco
The 15th edition of the Morocco- US sponsored exercise “African Lion 2019”,  took place in Morocco. It was conducted from March 16 to April 7,2019. The annual Military exercise materialized in the region of Agadir,Tifnit,Tan-Tan, Tata and Ben Guerir with the participation of thousands of military personnel. 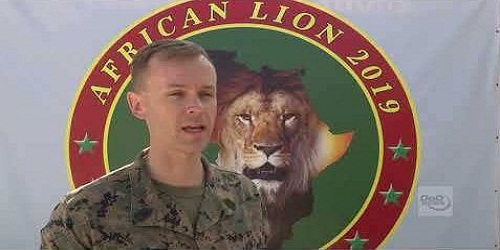 Key Points:
i. The drills include training on Counter terrorism operations,land and air exercises and also tactical stimulation.
ii. It was jointly organized by the United States Command for Africa (AFRICOM) and Moroccan Royal Armed Forces (FAR).

To build disaster-resilient infrastructure in Asia, around $1.7 trillion needed per year: ADB
On 6th April 2019, According to  a recent Asian Development Bank’s (ADB) report titled ‘Asian Development Outlook 2019: Strengthening Disaster Resilience’, around 26 trillion dollars from 2016 to 2030, or 1.7 trillion dollars investment needed per year to build disaster-resilient infrastructure in Asia. 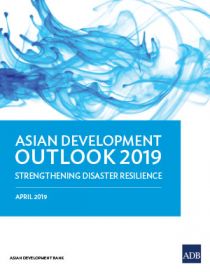 Key Points:
i. This is because Developing economies across Asia are among the most vulnerable to natural disasters and have suffered damages of around 644 billion dollars since 2000.
ii. Of these, approx 507 billion dollars wasted for weather-related hazards while the remaining 137 billion dollars wasted for geophysical hazards.
iii. Economic damage from tropical cyclones in not so wealthy countries which are the members of the Organization for Economic Cooperation and Development (OECD) was forecast to be doubled or trebled by 2100.
About Asian Development Bank (ADB)
♦ Headquarters:  Mandaluyong, Philippines
♦ President: Takehiko Nakao
♦ Founded:19 December 1966
♦ Membership: 68 countries

UPI transaction charges have been reduced by NPCI for promoting the uses
On 2nd April 2019, for promoting the adoption of Unified Payments Interface (UPI), the National Payments Corporation of India (NPCI) has reduced the transaction fees up to Rs 1,000 by 60%.
Key Points:
i. For UPI transactions up to Rs.1,000, the charge has been cut to 10 paise from 25 paise, and for transactions above Rs.1,000 has been retained at 50 paise.
ii. This will help the service providers like banks and third-party applications to boost UPI and at the same time will also help the consumers in the long run as more cash backs and incentives can get offered.
iii.At present Google Pay, Paytm and PhonePe are aggressively promoting UPI by offering case back and other benefits.
About National Payments Corporation of India (NPCI)
♦ Founded: 2008
♦ COO: Praveena Rai
♦ Headquarter: Mumbai

For the first time, SEBI agrees to create ‘Airport Specific Fund’ worth Rs. 10,000 crore
Under “Category II Alternate Investment Fund” (AIF), for the first time SEBI (Securities and Exchange Board of India) has approved an “airport’ specific fund“. The name of the fund is “Taking Off To the Future Airport Fund“. It can raise a capital amounting to 1.5$bn (Rs. 10,000 crore).
i. The Sponsor and Investment Manager of the fund is based in Chennai and is termed as ‘Taking Off To The Future Investment Management LLP’.
ii. Gigi George leads the management and operation of ‘Sponsor/Investment Manager’.
iii. A minimum capital contribution of Rs. 3500 crore  and a maximum of Rs. 7000 crore is targeted by the fund.
iv. India is presently the third largest aviation market in the world.
On SEBI:
The regulator for the securities market in India is the Securities and Exchange Board of India (SEBI) (established in 1988). On 12th May 1992, it became an autonomous body by the Government of India. Through the SEBI Act, 1992, it was given statutory powers on 30 January 1992.
On 10th January 2017, Ajay Tyagi was appointed as the chairman of SEBI by replacing U.K. Sinha. Key Points:
i. With this initiative, the small businesses and entrepreneurs of this platform can raise the funds for their business expansion, product development, and foster innovation or community development.
ii. Amazon India sellers can use the Ketto’s platform for a subsidized fee which is around 50 percent to initiate fundraisers.
iii. Also, it launches a dedicated microsite to feature fundraisers initiated by sellers by which they can raise small ticket funds starting from as little as Rs 50,000 by means of crowd-funding through multiple individuals.
iv. Presently, Amazon India runs a programme called “Launchpad” that helps product start-ups get a wider reach on the platform.
About Amazon:
♦ Founded: 5th July, 1994
♦ Founder: Jeff Bezos
♦ Headquarters: Seattle, Washington, U.S 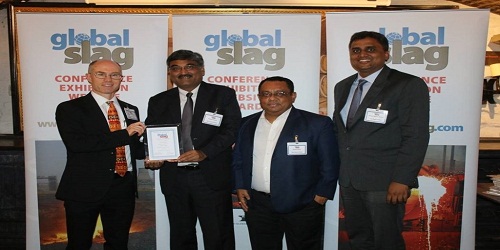 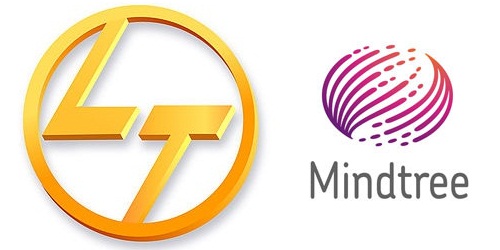 Key Points:
i. Around Rs 10,800 crore is the estimated total deal value.
ii. After the announcement, Mindtree board constituted a committee of four independent directors headed by Apurva Purohit to review the open offer and advise stakeholders whether to go for open offer or not.
About Larsen & Toubro
♦ Headquarters: Mumbai
♦ Founders: Henning Holck-Larsen, Soren Kristian Toubro
♦ Founded: 7th February 1946

Udhampur based Northern Command wins air weapon championship for the fourth time in a row
For the 4th consecutive time, the Northern Command based in Udhampur has won the 15th edition of General J J Singh air weapon championship.
i. Between 25th March to 3rd April, the championship was conducted at Army Marksmanship Unit, Mhow in Madhya Pradesh.
ii. The objective of the competition was to train young male and female army-officers for effective participation in national and international shooting competitions. More than 100 male and female Indian-Army shooters competed in the 10-metre air rifle and air pistol categories.
iii. The winning team bagged the overall inter command championship by clinching “Burma Shell Trophy” after competing against 9 other teams .
iv. The winning team also won the women’s overall trophy with 1 gold and 3 silver medals individually. Key Points:
i. Brenner made contributions to work on the nature of genetic code and other areas of molecular biology.
ii. He Shared a Nobel Prize in 2002 in Physiology with Bob Horvitz and John Sulston for developing a tiny transparent worm into a test bed for biological discoveries.

National Handloom Week observed from 7th April to 14th April
The National Handloom week is being observed from 7th April to 14th April this year. On this occasion, a book named ‘The Indian textile Sourcebook’ authored by Avalon Fotheringham and published by Thames and Hudson will launch on 9th April.
Key Points:
i. The national handloom day observes on 7th August every year and
ii. In 2018, the national handloom week was observed in December.

World Health Day observed on April 7
World Health Day is observed annually on April 7, under the sponsorship of World Health Organization (WHO), to spread awareness about equal healthcare facilities worldwide, the importance of Health and Wellness and to kill the myths around Health. 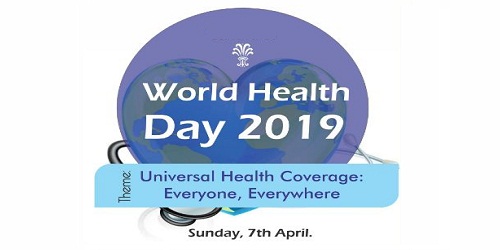 Key Points :
i. The Theme of World Health Day 2019 was “Universal health Coverage: Everyone, Everywhere” under the WHO slogan “Health for All”.
ii.  Ministry of Health and Family Welfare along with World Health Organization (WHO) formed a Solidarity Human Chain as part of the World Health Day celebrations to reaffirm their commitment to bridging gaps and working collaboratively towards Universal Health Coverage (UHC).

‘Chennai Central’ has been renamed as ‘Puratchi Thalaivar Dr M G Ramachandran Chennai Central’ after Dr. ‘MG Ramachandran’
Chennai Central railway station has been renamed by the Tamil Nadu State Government as Puratchi Thalaivar Dr MG Ramachandran Central Railway Station after its late Chief Minister and founder of the Chennai’s ruling govt All India Anna Dravida Munnetra Kazhagam (AIADMK), Dr. MG Ramachandran.
Facts about Dr. MG Ramachandran
i. Dr. Marudur Gopalan Ramachandran (17 Jan 1917-24 Dec 1987) aka MG Ramachandran or ‘Makkal Thilagam’ (since he was a popular figure) was a veteran filmmaker, actor and politician. He served for 10 years as the Chief Minister of Tamil Nadu (1977-1987).
ii. MG Ramachandran’s autobiography was posthumously published in 2003 (in two volumes) under the title ‘Naan Yaen Piranthaen (Why I was Born)’.
iii. His policies focused on economic growth and social welfare. He brought in many educational reforms, banned liquor, upgraded the mid-day-meal scheme and worked for the preservation for the state’s cultural heritage.
iv. For his immense contribution to public service, M G Ramachandran was posthumously honoured with Bharat Ratna, the highest civilian award, by the Government of India in 1988.
v. MG Ramachandran was also awarded with honorary doctorate degrees from the University of Madras and the World University Arizona in 1974. i. His oath was administered by  Maharashtra Governor CH Vidyasagarrao at Raj Bhavan,Mumbai.
ii. He succeeds Justice Naresh Patel, who retired from his services.
iii. Justice Nandrajog,61 , was enrolled as an advocate with the Bar Council of Delhi in 1981.