We are here for you to provide the important Recent and Latest Current Affairs April 18 2019, which have unique updates of all daily Latest Current Affairs 2019 from all newspapers such as The Hindu, The Economic Times, PIB, Times of India, PTI, Indian Express, Business Standard and all Government official websites. 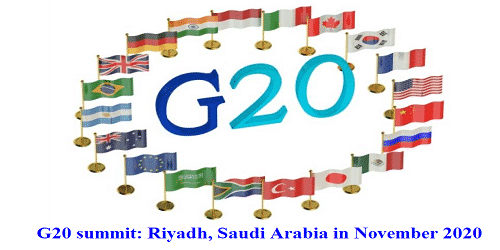 Key Points:
i. The G20 summit 2018 was held in Buenos Aires, Argentina where Saudi Arabia’s Crown Prince, Mohammad Bin Salman Al Saud represented his kingdom. The G20 summit of 2019 will be held in Osaka, Japan in June 28-29.
ii. For the very 1st time, the G20 summit was held in 2008 in Washington, D.C. with the prime objective of reviving the world economy from the worst financial crisis in more than 70 years. The G20 Summit is formally known as the ‘Summit on Financial Markets and the World Economy’.
iii. The participants of the summit will be leaders from 19 countries and the Europian Union (EU). The 19 countries are, namely, Argentina, Australia, Brazil, Canada, China, France, Germany, India, Indonesia, Italy, Japan, Mexico, Republic of Korea, Republic of South Africa, Russia, Saudi Arabia, Turkey, United Kingdom, United States of America.
iv. The group of these 20 countries account for 85% of the world’s GDP and two-thirds of the world population.
v. Japanese prime minister Shinzo Abe stated the agenda for the Osaka Summit 2019. The agendas are as follows:

Norway topped and India ranked 140th in World Press Freedom Index 2019
Recently, Reporters Without Borders released World Press Freedom Index 2019 in which Norway topped the index in third consecutive year and India drops down by two positions (138th rank in 2018) to be ranked 140th out of 180 countries in 2019. The reason for decrease in India’s rank is because of at least six Indian journalists being killed in last one year. 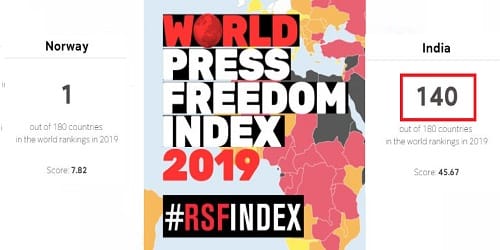 Non-Core assets needed to be sold by CPSEs in a notice period of 12 months
The Department of Investment and Public Asset Management (DIPAM) stated guidelines for monetisation of non-core assets of Central Public Sector Enterprises (CPSEs) and immovable enemy properties.
The guidelines for monetisation of non-core assets are as follows:
i. An Inter Ministerial Group (IMG) headed by the secretary of DIPAM will identify the non-core assets of the CPSEs. It could identify the assets on the basis of recommendations of the Niti Aayog. The final decision would be taken by the panel chaired by the Finance minister.
ii. After the final approval of the assets, the monetisation should be strictly completed within 12 months.
iii. In case the time limitation of 12 months is not followed, the finance ministry may put forth budgetary allocations to the CPSEs.
iv. CPSEs however can seek relaxation from the time-limit of 12 months  for the sale of non-core assets.
v. For immovable enemy properties, the non-core assets would be identified for disposal only after consultation with the stakeholders which is inclusive of the state governments.
vi. The Custodian of Enemy Property for India (CEPI) or the Ministry of Home Affairs will select the disposable properties and would also certify if the property is free of any encroachment.
vii.The amount of credit gained from the sale of non-core assets would form a part of the disinvestment proceeds. In the current financial year, the central government has set a target of Rs 90,000 crore to be raised through CPSE disinvestment.

Sanjay Manohar appointed as a next Managing Director of McAfee India 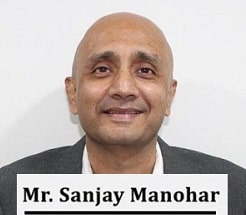 Jitendra Chaddah has been appointed as the Chairman of IESA for 2019-20
The premier Industry body India Electronics and Semiconductor Association (IESA) committed to the development of a vibrant Indian Electronics System Design and Manufacturing (ESDM) ecosystem, has appointed Jitendra Chaddah, Intel India senior director for operations and strategy, as its Chairman. 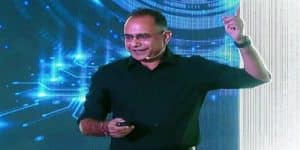 Nepal carried out its first satellite “NepaliSat-1” into space
Nepal has launched its first satellite “NepaliSat-1″ into space from the Mid-Atlantic Regional Spaceport at NASA’s Wallops Flight Facility on Virginia’s East Shore. It was bordered to the Antares rocket carrying Cygnus cargo spacecraft. The outlay of the satellite is 20 million Nepalese rupees. It was launched under the ‘Birds-3 satellite launch to International Space Station project’.
Key points
i. NepaliSat-1 satellite was developed by two Nepalis engineers namely Abhas Maskey and Hariram Shrestha at Japan’s Kyushu Institute of Technology.
ii. The satellite is equipped with a five megapixel camera to capture Nepal’s topography and a magnetometer to collect data related to the earth’s magnetic field.
About Nepal:
♦ Capital: Kathmandu
♦ Currency:  Nepalese Rupee
♦ PM:  Khadga Prasad Oli

Sri Lanka’s 1st satellite ‘Raavana-1’ launched into space
On April 18, 2019 Sri Lanka launched its first satellite ‘Raavana-1’ weighing 1.05 kg into space from the Mid-Atlantic Regional Spaceport at NASA’s Wallops Flight Facility on Virginia’s East Shore. Raavana 1 was bordered to the Antares rocket carrying Cygnus cargo spacecraft. The satellite is expected to orbit 400 km away from earth and will have the lifespan of an estimated 1.5 years. 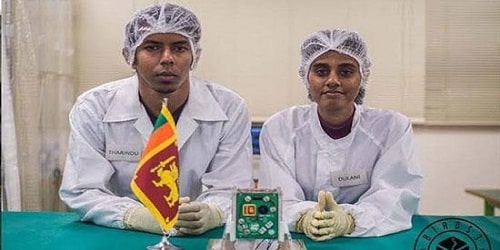 i. Ravana 1, is part of third phase of the project ‘BIRDS’ which is led by the Kyushu Institute of Technology in Japan. The aim of the project is to help countries to build their first satellite with the assistance of the United Nations.
ii. The satellite measuring 11.3 centimetres (cm) into 10 cm into 10 cm, designed and built at the Kyushu Institute of Technology, Japan by 2 Sri Lankan research engineers, namely, Tharindu Dayarathna and Dulani Chamika Vithanage.
Key points of the mission:
i. The camera mission of Raavana 1 is to take pictures of Sri Lanka and its neighbouring countries.
ii. Raavana 1’s Lora Demonstration Mission will validate the module to be used to data download next satellites.
iii. The Attitude Determination and Control Mission of the satellite would try to reduce the angular velocity of the satellite using magnetic torquers.

Researchers improve Lithium-ion battery performance to charge them faster, by substituting cobalt oxide with vanadium disulfide (VS2)
A new method to build better performing Lithium-ion batteries that can be charged faster has been discovered. This would be very useful for consumer electronics, solar grid storage and electric vehicles.
i. It has been discovered by a team of researchers from Rensselaer Polytechnic Institute, New York, including Dr. Nikhil Koratkar of Indian-origin.
ii. A lithium-ion battery charges and discharges as lithium ions move between anode and cathode, the two electrodes. In a conventional lithium-ion battery, the anode is made of graphite and the cathode of lithium cobalt oxide. Researchers have discovered that the way to improve battery-health is to improve the materials used for electrodes.
iii. Thus the team substituted lithium cobalt oxide with vanadium disulfide (VS2) to enhance battery performance.
iv. The new research has been published in the journal ‘Nature Communications’.

NASA spotted lakes filled with Methane on Saturn’s moon Titan
NASA’s (National Aeronautics and Space Administration) Cassini spacecraft has made an incredible observation about the extraordinary deep lakes filled with methane in the Saturn’s moon, Titan. This new study has been published in the scientific journal Astronomy.
Key points
i. Titan, Saturn’s largest moon has methane rain that can fill lakes as much as 330 feet deep.
ii. Titan has become only planetary body known to have stable liquid on its surface, apart from Earth.

International Hockey Federation imposes fine of 1,70,000 Euros on Pakistan Hockey Federation (PHF) for disrespecting Pro League commitments
The International Hockey Federation (FIH) has imposed a fine of 170,000 Euros on Pakistan Hockey Federation (PHF) for not honouring the Pro League commitments and has given PHF a time-limit till 20th June, on failure of which PHF would have to pay double of penalty.
Key Points:
i. The PHF was fined because it did not send the national team for the Pro League matches in Argentina, Australia and New Zealand.
ii. Shahbaz notified that since PHF lacks funds, the FIH has been requested to reduce the fine and allow it to be paid in instalments.
iii. PHF Secretary General Shahbaz Ahmed is a former Olympian and captain of Pakistan National Hockey Team and is a member of the FIH Executive Board, chaired by India’s Narinder Batra.
Additional Information:
i .In the Hockey World Cup, Pakistan’s hockey team is the most successful national field hockey team with 4 championships in 1971, 1978, 1982 and 1994.
ii. The country has the best overall performance in World Cup history with 53 victories in 84 matches played, 7 time draws, 6 appearances in the finals and just 24 losses.
iii. The Pakistan national team has played in all FIH World Cup editions with only one absence in 2014.
iv. Till date, India and Pakistan have competed against each other in 20 major tournaments finals, out of which Pakistan has won 13 titles in total.

Peru’s former president Alan Garcia kills himself to avoid arrest
On 17th April 2019, Alan Garcia, 69, who served two terms as Peru’s president, from 1985 to 1990 and from 2006 to 2011, shot himself in his bedroom at his home in Lima, the capital, as police waited outside his door to take him to jail over bribery allegations with Brazelian construction company Odebrecht.He was rushed to a hospital, where he died despite emergency surgery at the Jose Casimiro Ulloa Hospital in Lima. 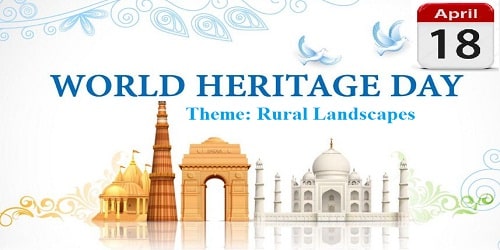 Key points
i. This year, the theme of the World Heritage Day is “Rural Landscapes”.
ii. The day was proposed by the International Council on Monuments and Sites on 18th April 1982 and approved by the General Assembly of UNESCO in 1983.