We are here for you to provide the important Recent and Latest Current Affairs April 14 2019, which have unique updates of all daily Latest Current Affairs 2019 from all newspapers such as The Hindu, The Economic Times, PIB, Times of India, PTI, Indian Express, Business Standard and all Government official websites. 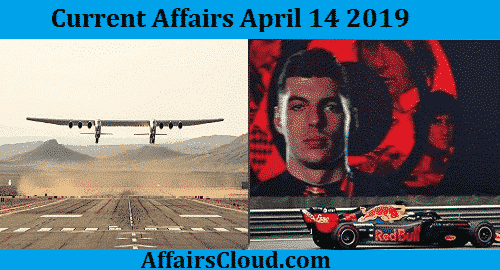 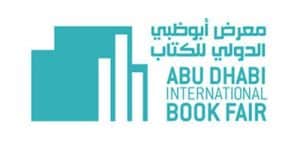 Key Points:
i. The event will be held from 24th to 30th April 2019. The purpose of this 29th edition of the book fair is to highlight the UAE’s rich heritage, showcasing its authenticity, modernity, as well as its cultural and literary output.
ii. India’s selection as the Guest of Honour will strengthen the relationship between India and UAE.
About United Arab Emirates (UAE):
♦ President: Khalifa bin Zayed Al Nahyan
♦ Prime Minister: Mohammed bin Rashid Al Maktoum
♦ Capital: Abu Dhabi
♦ Currency: Dirham

RBI grants 12 years to LIC for reducing stake in IDBI Bank
Life Insurance Corporation(LIC), the largest insurance company in India, got 12 years from RBI for cut down stake in IDBI Bank.LIC is the lender’s major shareholder, and it has a 51 per cent stake in the Bank. It means that no obligation to sell its stake in the following years or would probably spend higher money to keep its stake in any future fund raising by the bank. 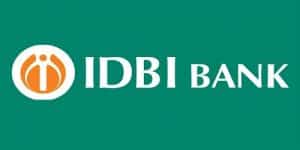 RBI Permitted Reinsurance Brokers to Open Foreign Currency Accounts
On 11th April 2019, The Reserve Bank of India sanctioned reinsurance brokers to initiate non-interest bearing foreign currency accounts with banks for undertaking transactions. The Insurance Regulatory and Development Authority of India (IRDA) had issued notification and following this  the RBI declared Foreign Exchange Management (Foreign Currency Accounts by a resident person in India) Regulations, 2015 – Opening of Foreign Currency Accounts by Re-insurance and Composite Insurance brokers.
i. For undertaking transactions in the ordinary course of their business, reinsurance and composite insurance brokers enrolled with IRDAI may start and manage non-interest bearing foreign currency accounts with a bank in India.
ii. Foreign currency account refers to a bank account operated in currency other than the currency of India or Bhutan or Nepal.
About  Insurance Regulatory and Development Authority of India (IRDA):
♦ Founded: 1999
♦ Sector: Insurance
♦ Headquarters: Hyderabad
♦ Type: Statutory corporation

MoU signed by Tata Trusts and Microsoft India for jointly collaborating handloom clusters in India’s eastern and north-eastern parts
A Memorandum of Understanding (MoU) has been signed by Tata Trusts and Microsoft India for jointly rejuvenating the handloom clusters in the eastern and north-eastern parts of India in order to build a digitally-inclusive society.
Project ‘ReWeave’:
Microsoft’s Project ‘ReWeave’ will help to preserve traditional weaving forms by upskilling workers, designing and marketing products, and creating sustainable livelihood options.
i. Project ReWeave already implemented new e-commerce platforms, digital empowerment centres and the new design curriculum to Telangana weaving clusters of Rajouli, Chottuppal and a few other clusters.
ii. Microsoft will also enable digital training through a Microsoft Azure-based Learning Management System termed as ‘Project Sangam’, which provides necessary training and tools to weaving communities for them to adopt and deploy digital tools for the betterment of their craftwork.
Antaran initiative:
Tata Trusts’ initiative, Antaran’s main objective is to rejuvenate ailing handloom clusters through an end-to-end programme that would help artisans to become designers and entrepreneurs.
Extensive work by the Trust has already been started at Odisha, Assam and Nagaland.
i.The programme will benefit 3,000 artisans who are directly involved in pre-loom, on-loom and post loom processes, thus impacting the livelihood of weavers in 6 weaving clusters in the aforementioned 3 States.
ii.With the employment of over 7 million families in India, the craft sector is the nation’s largest source of employment after agriculture. This sector also has major economic importance in terms of foreign exchange earnings.

Mint’s Teena Thacker conferred with 2019 Citi Journalistic Excellence Award
Columbia University’s Graduate School of Journalism has selected Mint’s Teena Thacker as the winner of the 2019 Citi Journalistic Excellence Awards.
Key points:
i.She has been conferred with this award for her long story titled ‘How Johnson & Johnson is scooting from the hip’ in Mint. In the article, she has scanned the battle for compensation by Indian patients in detail.
ii. She is the deputy editor at Mint. She has been covering pharmaceuticals and health as part of Mint’s corporate bureau. 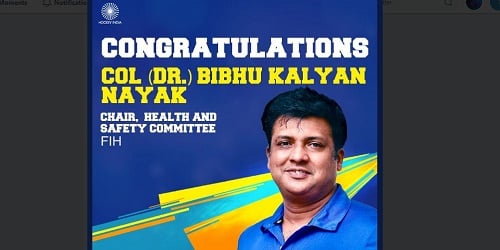 i. Dr. Nayak first Indian to have been nominated by FIH as the Medical Officer for a World Cup.
ii. From National Institute of Sports Medicine at Havana, Cuba & National Sports Centre at Madrid, Spain, he has tutored in Sports Traumatology and Sports & Exercise Physiology.
iii. He had worked as the Medical Officer for the 2018 Men’s World Cup and chief team physician of Indian Contingent in Rio 2016 Paralympic Games.
iv. In 1995, he was appointed in the Army Medical Corps of Indian Army and worked for the Army Sports Institute, Pune.
v. In 2009, he joined the Indian hockey team and has co-occurred with the team in the events such as Men’s Hockey World Cup (all in 2010),Sultan Azlan Shah Cup (2009, 2010),  Asian Games, CWG, and Asian Champions Trophy (2012).
vi. At present, Dr Nayak is with the Sports Injury Centre, as specialist on deputation (Sports Medicine), Safdarjung Hospital.
About  International Hockey Federation (FIH):
♦ President:  Narinder Batra
♦ Headquarters:  Lausanne, Switzerland
♦ CEO:  Kelly Fairweather
♦ Founded:  7 January 1924
♦ Affiliation:  International Olympic Committee 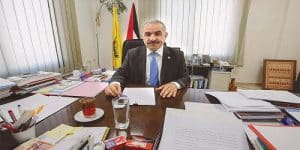 Key points:
i. Mohammed Ishtayeh is a veteran peace negotiator and harsh critic of Gaza’s Hamas rulers.
ii. This move will deepen the rift between the Palestinian Authority and Hamas, the Islamic militant group that governs the Gaza Strip.
iii. The new 24 member cabinet replaces a technocratic government, which was formed by Rami Hamdallah in 2014. 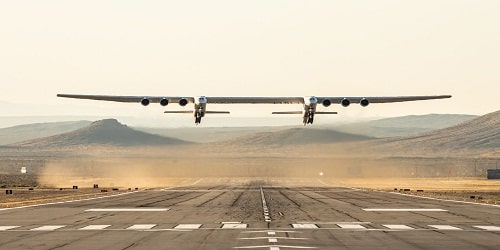 Key Points:
i. It has two fuselages and six Boeing 747 engines and is designed to carry into space, and drop a rocket that would in turn ignite to deploy satellites.
ii. An engineering company named ‘Scaled Composites’ built this airplane for Stratolaunch Systems and was financed by Late Paul Allen who was the co-founder of Microsoft.
iii. The wingspan of this airplane is 117 meters which is about 1.5 times that of an Airbus A380.
iv.The airplane can hit a top speed of 304 kilometers per hour (189 mph) and reached an altitude of 17,000 feet or 5,182 meters.

Research study published in: ‘Microbiome’ states that unique oil-eating bacteria found in Mariana Trench
In the Mariana Trench (the deepest part of the Earth’s oceans, approximately 11,000 metres) of Western Pacific Ocean, scientists have discovered a unique oil-eating bacteria that can help in sustainable ways of cleaning up man-made oil spills. The research has been published in the journal ‘Microbiome‘.
i. The research study was led by Xiao-Hua Zhang of the Ocean University, China. Zhang and his team collected samples of the microbes, studied them and identified a new group of hydrocarbon degrading bacteria.
ii. Hydrocarbons are organic compounds that are made of hydrogen and carbon atoms, and are found mostly in crude oil and natural gas.
iii. According to the researched analysis, these oil-eating microbes majorly feed on compounds similar to those in oil and then use it for fuel. They are  mostly abundant at the bottom of the Mariana Trench. 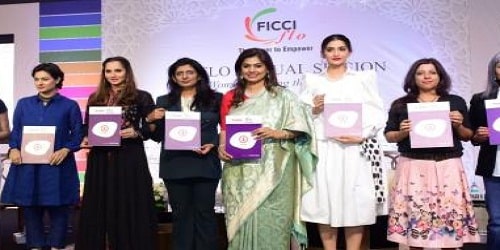 Key points:
i. The application will allow women to send SOS alerts to any five of their family or friends in 13 languages by pressing the SOS prompt on the app.
ii. The app has been developed by Airtel X labs and was conceptualised by an all-women cross-functional team. iii. With above wins, Indian pugilists finished with a total of 5 medals. 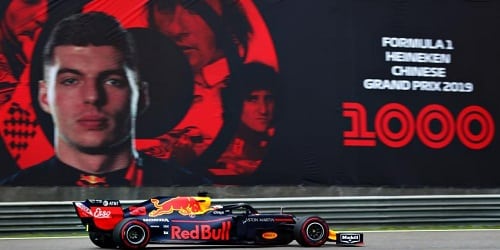 Key points:
i. His Mercedes came up with a 1-2 finish.
ii. Lewis Hamilton of Mercedes has achieved Chinese Grand Prix by defeating Valtteri Bottas, his teammate and pole sitter with a quic start from his No. 2 spot on the grid.

Rajouri Day observed on 13th April
On 13th April 2019, Rajouri Day was observed by Indian Army to pay homage to the martyrs who laid down their lives for the liberation of Rajouri district, Jammu and Kashmir.
Key Points:
i. More than 20,000 men, women, and children were massacred till April 13, 1948.
ii. On 12 April 1948, Rajouri was recaptured from rebels and Pakistan Army personnel who had infiltrated from across the border.
iii. The Year 2019 is being celebrated as the ‘Year of Next of Kin’ to help families of martyrs.
About Jammu and Kashmir
♦ Governor: Satya Pal Malik
♦ National Park: Dachigam National Park, Hemis National Park, Kishtwar National Park, Salim Ali National Park

64th Railway Week Function of Railway Board organized in Rail Bhawan, New Delhi
Every year from 10th to 16th of April, Railway Week is celebrated all over Zonal Railways/PUs along with Railway Week National Award Function. On 12th April, 2019, the 64th Railway Week Function of Railway Board was organized at Rail Bhawan in New Delhi.
The chairman of Railway Board, V K Yadav presented Running Efficiency Shield, awards and merit certificates to officials of Railway Board for their exemplary performances for 2018-19.
Key points:
i. The Running Efficiency Shield was presented to Stationery and O&M Branches (joint winners) which were selected as “Best Maintained Branch” of the Railway Board, for maintaining high level of efficiency, excellent keeping-up of records. The Merit Certificates and Cash Awards were presented to 2 well-maintained sections namely Project and ERB-V Branches of the Railway Board.
ii. V K Yadav awarded Merit Certificates and Cash Prizes to 45 officials of Railway Board. All the more, 49 Cash Awards were given to sportspersons, 10 Cash Awards given to Cultural artists and Appreciation Letters were presented for their outstanding performance in the Inter-Ministry and All India Civil Services Tournaments.
iii. A K Gupta, Western Railway General Manager, on the ceremonious occasion of the 64th Railway Week released a book on freight marketing titled as ‘Riding the Freight Train’.
iv. The book has been compiled by the Chief Commercial Manager of Freight Marketing, Iti Pandey and her team. It deals with various segments of freight marketing, namely, lease booking, parcels and good transportation, the aspects of freight operation in Western Railway, the earnings achieved under different heads for the current financial year, freight incentive schemes and other schemes undertaken and the infrastructure facilities available for goods and parcel traffic.
Details of the Awards presented in the 64th Railway Week Function