We are here for you to provide the important Recent and Latest Current Affairs April 11 2019, which have unique updates of all daily Latest Current Affairs 2019 from all newspapers such as The Hindu, The Economic Times, PIB, Times of India, PTI, Indian Express, Business Standard and all Government official websites. 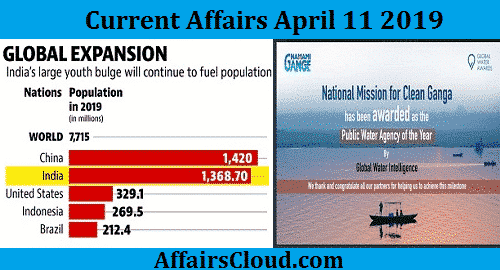 NGT sets up Central Monitoring Committee to control pollution
A bench headed by NGT(National Green Tribunal) Chairperson Justice Adarsh Kumar Goel has formed a Central Monitoring Committee to enforce a national plan to reduce the river pollution.
Key points
i. The Committee will further synchronize with the River Rejuvenation Committees of the states and supervise the implementation of the action plans. Central Pollution Control Board (CPCB) will be nodal authority for coordination.
ii. The committee is set to establish 350 river stretches across the country to deal with the pollution as it has caused serious threat to safety of water and environment.
About NGT
♦ National Green Tribunal Act, 2010 is an act of the Parliament of India which enables creation of a special tribunal to handle the expeditious disposal of the cases pertaining to environmental issues.

India and Sweden launches joint programme on solution for smart cities, clean tech
On 11th April 2019, India and Sweden inked a pact that will deal a range of challenges around smart cities and clean technologies among others.The programme is co- sponsored by Indian Department of Science and Technologies (DST) and Swedish agency Vinnova.
i. Vinnova donate to Swedish participants upto 2,500,000 Swedish Krona (around Rs. 1.87 crore).From Indian side, provide upto 50% per project to the Indian partners.
ii. Triple helix model of innovation that include participation of industry, academia and government is implemented in this project.
About Sweden:
♦ Capital : Stockholm
♦ Currency: Swedish krona 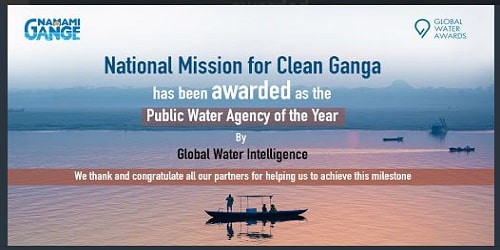 Key points
i. National Mission for Clean Ganga was awarded this for its initiatives in the water sector which brings remarkable improvements in the lives of people.
ii. 2019 edition of Global Water Summit was a 3-day event held at Sofitel London Heathrow Hotel, Hounslow which started from on 8th April.
About Namami Gange programme
♦ This programme is an integrated mission for Ganga rejuvenation. It has a comprehensive multi-sectoral intervention with multi-stakeholder involvement and adopts a basin based approach which includes Ganga and its tributaries.

First-ever global coalition launched for clean cooling
The 1st ever of global coalition on clean and efficient cooling was launched at First Global Conference on Synergies between the 2030 Agenda and Paris Agreement in Copenhagen, Denmark.
Key points
i. This coalition is aim to identify solutions and mobilise action to accelerate progress towards clean and efficient cooling.
ii. Global Cool coalition was supported by the UN, Climate and Clean Air Coalition, the Kigali Cooling Efficiency Program and Sustainable Energy for All. 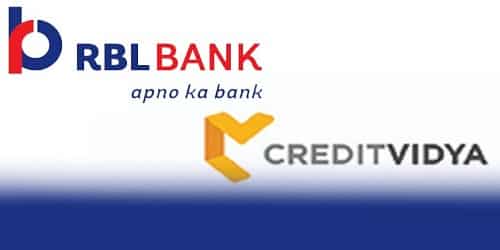 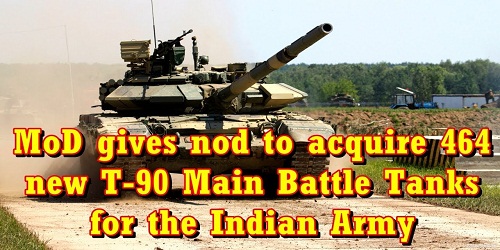 Details of the procurement deal:
i. The tanks would be given to the Armoured Corps of the force which will be furthered used by them for deployment along the India-Pakistan border.
ii. The new deal would increase the number of T-90s in the Army to 2,000 along with the remaining T-72 and T-55s.
iii. The acquisition also includes a Make-in-India element for integration at the Heavy Vehicles Factory in Avadi (near Chennai).
iv. The T-90 tanks are built with thermal imaging night sights which will be advantageous to the tank commander during night battles.
v. T-90 would be replacing the older variants of T-72 and T-55 tanks in the force.
vi.The Indian Army also operates two regiments of the Arjun Mark 1 tanks. These tanks  are majorly used in the desert terrain due to their weight. Under the Futuristic Main Battle Tank project, the Indian Army would develop new tanks. i. RailTel Corporation, a Mini Ratna (category-I) PSU, is owning a pan-India optic fibre network on exclusive Right of Way (ROW) along Railway track.
ii. RailWire is a retail Broadband initiative of the RailTel. 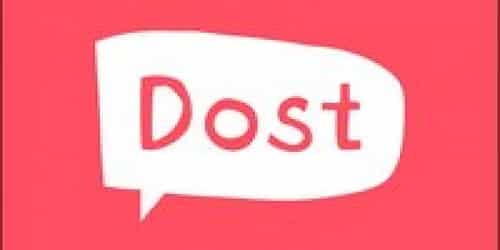 Key Points:
i. The prize ‘The Next Billion Edtech Prize 2019’ is run by UK-based Varkey Foundation.
ii. This foundation recognizes the most innovative technology which creates a radical impact on education in low income and emerging world countries.
iii. The other winners for this prize were Ubongo from Tanzania and PraxiLabs from Egypt.
iv. From the three winners, Ubongo crowned as the overall winner and take home the Next Billion Prize trophy. The third winner of this award, PraxiLabs provides virtual laboratories for schools and learning organizations.
About Tanzania
♦ Capital: Dodoma
♦ Currency: Tanzanian shilling
♦ Prime minister: Kassim Majaliwa
♦ President: John Magufuli
About Egypt
♦ Capital: Cairo
♦ Currency: Egyptian pound
♦ President: Abdel Fattah el-Sisi 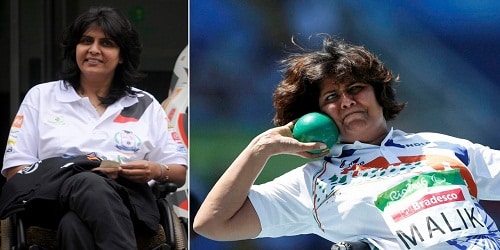 Key Points:
i. She won the silver medal in shot put F53 event in Rio Paralympics in 2016.
ii. She became the first Indian woman to win a medal at the Paralympic Games and the first Indian women to win medals in three consecutive Asian Para Games in 2010, 2014 and 2018.
iii. She also honoured with India’s civilian honour Padma Shri and the prestigious Arjuna Award for excellence in sports and made a place in the Limca Book of World Records for four times.
iv. This fellowship was given by the Prime Minister Jacinda Ardern to strengthen the ties between India and New Zealand.
About New Zealand
♦ Capital: Wellington
♦ Prime minister: Jacinda Ardern
♦ Currency: New Zealand dollar 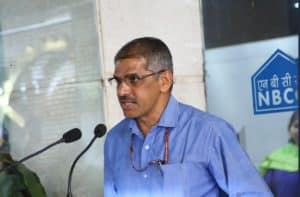 Murali Kartik, the new brand ambassador of Fantasy 11
Fantasy 11,Gaming startup, has roped in Murali Kartik, former Indian Cricketer as its brand Ambassador.He was the’ official Fan Management Partner’ for recently concluded Premier Badminton League (PBL).
i. He will provide his expert opinions about cricket and will serve in marketing campaigns.
ii. Murali Kartik represented India in the duration 2000 to 2007. 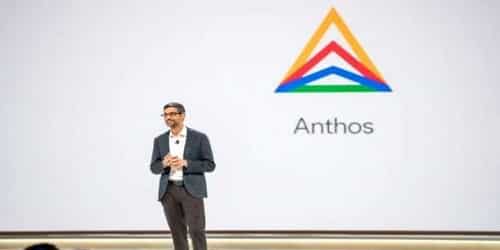 “chain-melted state” which can be solid and liquid at the same time has discovered
On 10th April 2019, a new state of matter which can be solid and liquid at the same time has been discovered by scientists of the University of Edinburgh.
Key Points:
i. The study was led by Dr. Andreas Hermann of the university’s School of Physics and Astronomy and was published in the journal named ‘Proceedings of the National Academy of Sciences.’
ii. This distinct state of matter named as the “chain-melted state”.
iii. In this study, scientists found that more than half a dozen other elements, including sodium and bismuth, were able to reach the ‘the chain-melted state’ if they were put into the right environments. Also, Potassium is one of the simplest metals which can form very complicated structures under extremely high pressures and temperatures.
iv. The study was carried out in collaboration with scientists from Xi’an Jiantong University in China and was supported by the European Research Council and the Engineering and Physical Sciences Research Council.

The death toll from destructive Cyclone Idai rises above 1,000
The death toll from the cyclone idai that crashed southeast Africa last month has risen above 1000, while more than 4000 cholera cases and seven deaths from the illness reported.The Cyclone hit Mozambique, Zimbabwe and Malawi on March 14.
i. On 10 April 2019, The number of death updated to 344 in Zimbabwe,602 in Mozambique, 59 in Malawi and 257 people were listed as missing.
ii. The United Nations has defined Cyclone Idai as “one of the deadliest storms on record in the southern hemisphere”.
iii. It is the second-deadliest tropical cyclone recorded in the South-West Indian Ocean basin, after 1892 Mauritius cyclone.

AITA inks pact with Serbian Tennis Federation to train Junior players
On 10th April, 2019, All India Tennis Association (AITA) has collaborated with Serbian Tennis Federation (STF) to train Indian junior players under world renowned Serbian coaches, at the RK Khanna Stadium, New Delhi.
Key points
i. This pact will aim to cooperate within the sphere of competence to work towards the development of junior tennis players in India.
ii. Serbia’s trainers and coaches will come to India for a camp for the under 12, 14, 16 and 18 categories. Then in the latter half of the year, preparation camp will also be conducted in Serbia for 8-10 players in the age group of 15-18 and 3-4 trainers.
About Serbia
♦ Capital: Belgrade
♦ Currency: Serbian Dinar
♦ PM: Ana Brnabic

‘Uri: The Surgical Strike’ Actor Navtej Hundal Dies at The Age of 55
On 8th April 2019, Indian Actor Navtej Hundal passed away after suffering from chronic Hepatitis B disease. He was 55. The news was shared on Cine And TV Artist Association’s (CINTAA) official Twitter handle. He hailed from Mumbai, Maharashtra. 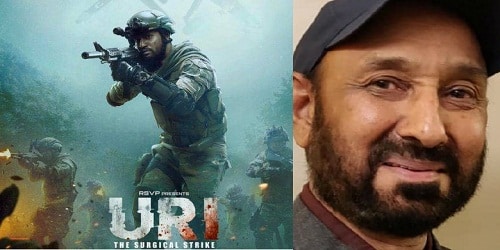 Veteran Communist Leader Drupad Borgohain passed away aged 78
On 10th April 2019, Veteran communist leader and former parliamentarian Drupad Borgohain passed away at the age of 78 at a private hospital in Dibrugarh, Assam after fighting a prolonged battle with cancer.
Key Points:
i.He was born on 7th November 1941 in Sivasagar, Assam.
ii.He was a Rajya Sabha member between 1998 and 2004 and served as a legislator from Nazira constituency from 2006-2011 in the Assam assembly.
iii.Also, he served as the secretary of the Assam state council of the Communist Party of India (CPI) and elected as the president of Assam state council of All India Kisan Sabha.
About Assam
♦ Capital: Dispur
♦ Chief Minister: Sarbananda Sonowal
♦ National Park: Kaziranga National Park, Manas National Park, Orang National Park, Dibru-Saikhowa National Park 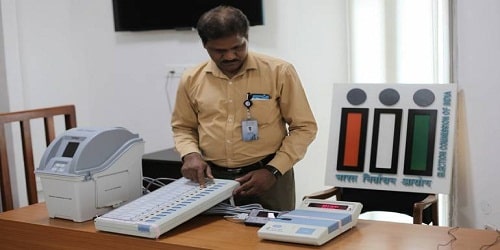 Key Points:
i. Total of 12 EVMs in each polling station was linked to one control unit in each of the 1,778 polling centers.
ii. It became the first constituency in the country to witness polling with EVMs for a large number of candidates (185 candidates).
iii.This new version of EVMs was developed by the Electronics Corp of India Ltd (ECIL) and Bharat Electronics Ltd (BEL).
iv. The Nizamabad constituency has a little over 15.53 lakh voters including 3.73 lakh farmers.
v. This new M3 version EVMs, came after 2013, with a maximum capacity of 384 candidates including NOTA, have additional features like Tamper Detection and Self Diagnostics.
About Telangana
♦ Capital: Hyderabad
♦ Chief Minister:  Chandrashekar Rao
♦ National Park: Mrugavani National Park, Mahavir Harina Vanasthali National Park