We are here for you to provide the important Recent and Latest Current Affairs April 10 2019, which have unique updates of all daily Latest Current Affairs 2019 from all newspapers such as The Hindu, The Economic Times, PIB, Times of India, PTI, Indian Express, Business Standard and all Government official websites. 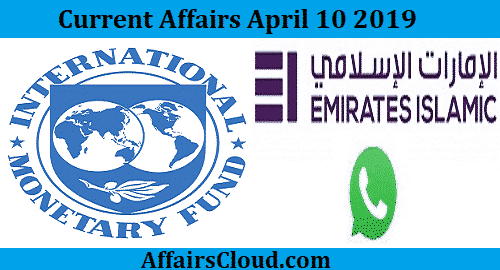 Key Points:
i. Colonel SP Singh led the Indian counterpart, and Lieutenant Colonel Tong Chong Kiat led the Singapore counterpart. Brigadier Ranjan Keron reviewed the march past of both the contingents.
ii. Background of this exercise: An official agreement signed between India and Singapore in November 2017 to strengthen defence ties between their respective armed forces and for this agreement, personnel from the Singapore Armed Forces will receive training along with the Indian Armed Forces.
About Singapore
♦ Currency: Singapore dollar
♦ President: Halimah Yacob
♦ Prime Minister: Lee Hsien Loong

Vice admiral Bimal Verma drops petition challenging Karambir Singh’s appointment as navy chief
Vice Admiral Bimal Verma has dropped the petition to challenge the appointment of Vice Admiral Karambir Singh as the next Navy Chief. He will be seeking the “statutory remedy” of approaching the government first. According to him, present government is ignoring seniority as the basis to appoint a Service Chief. He is six months senior to Vice Admiral Karambir Singh.
Key points:
i. It was aftermath when Admiral Verma was asked to file a statutory complaint to the Defence Ministry by the Armed Forces tribunal  under the Navy Act.
ii. Admiral Verma asked the judges to order the government to address his concerns in a time-bound manner. 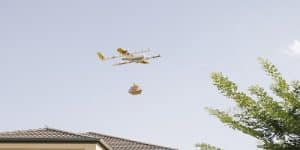 i. The drones will deliver coffee, food, and over-the-counter medicines directly to clients’ homes  using a connected smartphone app.
ii. In the primary stage, Wing is coupling with Australian retailers including Capital Chemist, Drummond Golf, Pure Gelato, KickstartExpresso, Bakers Delight, Jasper + Myrtle, and Guzman Y Gomez.
iii. Drones will not be permitted to fly over main roads and it has a specific timetable. 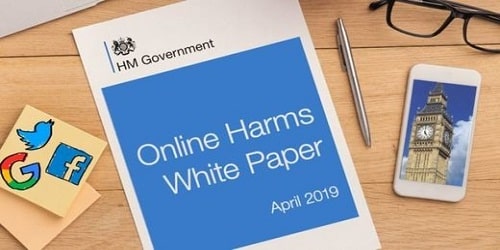 i. Since all of the social media platforms use strong algorithms leading to echo-chambers, where a user is bombarded with only blinkered content (according to the user’s web-browsing) instead of multi-directional content (i.e. seeing a variety of voices and opinions), all of which can affect children’s brain; the white paper proposes the compulsory ‘duty of care’ on various social media platforms for taking reasonable steps to protect users (focusing on children) from getting harmed. 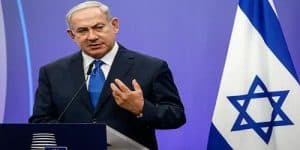 Key points
i. The results have dimmed hopes of a negotiated solution to the Israeli-Palestinian conflict.
ii. With 97.4% of the vote counted, Likud and its traditional political allies were in command of a 65-55 majority in parliament.
About Israel:
♦ Capital: Jerusalem
♦ Currency: Israeli new Shekel
♦ PM: Benjamin Netanyahu

India’s growth rate to increase from 7.3% in 2019 to 7.5% in 2020
According to the World Economic Outlook (WEO) report released by International Monetary Fund (IMF), India’s growth rate is estimated to rise from 7.3% in 2019 to 7.5% in 2020 provided it receives impetus from the fiscal policy and is backed by the ongoing recovery of investment and consumption within expanded approach of monetary policy. 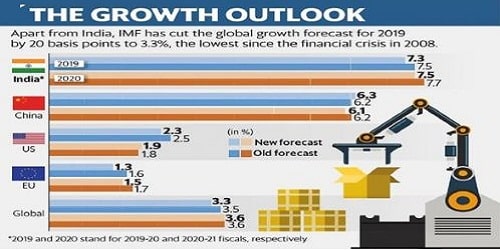 i. As per the report, India’s growth rate was 7.1% in 2018 against China’s 6.6%. India will remain the fastest growing major economy in the world.
ii. According to the report, India’s growth is approximated to stabilise at just under 7¾ over the medium term. This will be possible when structural reforms will continuously be implemented and infrastructure gridlocks would be eased. 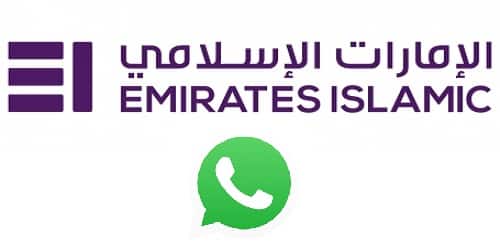 HDFC AMC claims first position in terms of Assets
According to data released by the AMFI (Association of Mutual Funds in India), India’s asset management companies have owned assets under management worth Rs. 24.46 trillion. 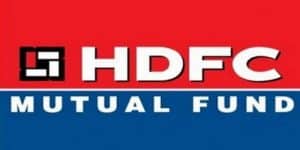 India’s steel demand to grow by over 7% in FY19, FY20
On 10th April 2019, as per the Indian Steel Association, India’s steel demand is grown by over 7 percent in 2019 and 2020, due to the sectors like construction, capital goods, and railways.
Key points:
i. The forecast for steel demand growth is 7.1 percent in 2019 and by 7.2 percent in 2020.
ii. The consumption of steel in India is likely to cross 100 million tonnes (MT) mark in 2019.
iii. This growth is also due to some infrastructure programmes such as Bharatmala, Sagarmala, railway track electrification, dedicated freight corridors, metro rails, etc.

i. Smriti Mandhana bagged the women’s Leading Cricketer of the year for the first time while Indian men’s team captain was named for the third straight year.
ii.The Afghanistan leg-spinner, Rashid Khan, was named the Leading Twenty20 Cricketer for the second successive time.
iii. In 2018, Kohli scored 2735 runs across the three formats and Mandhana scored 669 and 662 runs in ODIs and T20Is respectively, during the course of 2018.
iv. Kohli was also chosen as one of the five Wisden Cricketers of the year, along with Jos Buttler, Tammy Beaumont, Rory Burns and Sam Curran.
About Wisden Cricketers’ Almanack:
♦ Wisden Cricketers’ Almanack (“The Bible of Cricket”) is a cricket reference book issued annually in the United Kingdom.
♦ In 1998, an Australian edition of Wisden Cricketers’ Almanack and in 2012, Indian edition was launched.
♦  English Cricketer John Wisden established the Book in 1864. 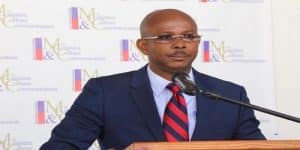 Key Points:
i. Lapin is the third Premier under President Moise since he came to office in February 2017.
ii. President Moise announced the appointment of the new head of government via Twitter.
iii. The establishment of a new government is an International Monetary Fund pre-requisite for the disbursement of the first tranche of a $229 million loan to Haiti.
iv. Lapin, former culture and communications minister, is a native of Jacmel, a port city in the southeast.
About Haiti:
♦ Capital : Port-au-Prince
♦ Currency : Haitian gourde
♦ Continent: North America

Karnam Sekar to be appointed as MD, CEO of Indian Overseas Bank
On 9th April, 2019, Centre made important management appointments to several public sector banks. According to the Department of Personnel and Training, Appointments Committee of the Cabinet (ACC) approved the appointment of Karnam Sekar as MD and CEO in Indian Overseas Bank.
Key points
i. The new designation will be effective from July 1, 2019.
ii. Karnam Sekar is currently the CEO and MD of Dena bank. He will further work as officer on special duty and whole-time director with IOB till the end of June, 2019. 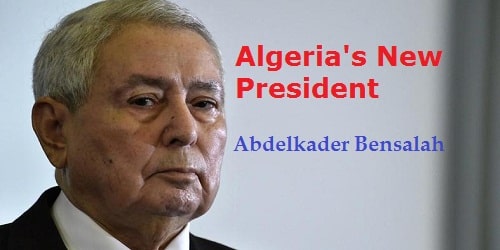 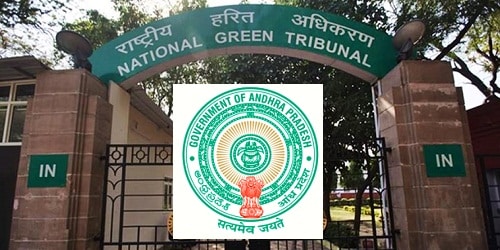 Key Points:
i. The tribunal headed by Justice Adarsh Kumar Goel who is the chairperson of NGT directed the state government to deposit Rs 100 crore ‘environment compensation’ with the Central Pollution Control Board (CPSB) within a month.
ii. Also, a committee has been formed consisting of the Central Pollution Control Board (CPCB), Ministry of Environment, Forest and Climate Change (MoEF&CC), National Institute of Mines, Dhanbad, IIT Roorkee and Madras School of Economics for the evaluation of environment damage within three months and to provide a report to this Tribunal.
About Andhra Pradesh
♦ Governor: S. L. Narasimhan
♦ Chief Minister: Chandrababu Naidu
♦ National Parks: Sri Venkateswara National Park, Papikonda National Park.

Manpreet Kaur banned for 4 years for Failing  Dope tests
A National Anti-Doping Agency disciplinary panel has banned Asian champion woman professional Olympic shot putter, Manpreet Kaur for four years for failing dope tests on four occasions over a period of 84 days during 2017.
Key points
i. She had failed for an anabolic steroid in the Asian Grand Prix and for a stimulant in the Federation Cup, Asian championships and National inter-state championships.

Veteran Kerala Congress leader and former finance minister of Kerala KM Mani passed away aged 86
On 9th April 2019, Veteran Kerala politician and former state finance minister Karingozhakkal Mani Mani  passed away at the age of 86 years at Lakeshore Hospital in Kochi, Kerala.
Key Points:
i. He was born on 30th January 1933 at Marangattupalli village near Pala, Kerala.
ii. He had been suffering from COPD (Chronic Obstructive pulmonary disease) for several years and had often been hospitalized for the chest infection.
iii. He was the only politician who has been elected from the same constituency for 13 consecutive elections and the longest-serving member of the Kerala Legislative Assembly.
About Kerala
♦ Capital: Thiruvananthapuram
♦ Chief Minister: Pinarayi Vijayan
♦ National Park: Eravikulam National Park, Silent Valley National Park, Mathikettan Shola National Park, Anamudi Shola National Park
♦ Dance forms: Kathakali and Mohiniyattam 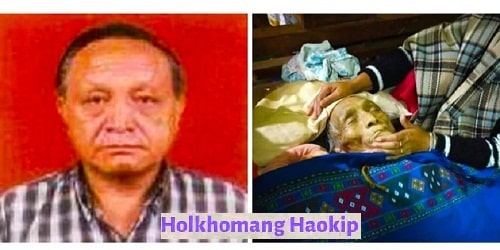 i. Holkhomang Haokip was the son of freedom fighter Chunglet Haokip of the (INA) Indian National Army.
ii. Previously, in 1972, he was elected to the Manipur Assembly and became the minister of Manipur for education and tribal welfare.
iii. Haokip was appointed as the deputy chairman of the State Planning Board in 1980.
iv. From 1981 to 1984, Haokip was a cabinet minister of industries, planning and transport. From 1989 to 1992 he was the industry minister and from 1992 to 1995, the power Minister.

World Homoeopathy Day was observed on April 10
To celebrate the birth anniversary of Dr. Christian Fredrich Samuel Hahnemann, the founder of Homoeopathy; the World Homoeopathy Day 2019 is observed on April 10, 2019 all over the globe. The week following the birth date of Hahnemann (10th April 1955-2nd July 1843) i.e 10th-16th April is commemorated as the World Homeopathic Awareness Week.
i. At Dr. Ambedkar International Centre in New Delhi, the Central Council for Research in Homoeopathy (CCRH) (an autonomous research organisation under the Union Ministry of AYUSH) has organised a two day convention on April 9-10, 2019. Its theme was “Linking Education and Clinical Practice with Research: Advancing Scientific Collaborations”.
ii. The AYUSH (Ministry of Ayurveda, Yoga and Naturopathy, Unani, Siddha and Homoeopathy) Awards was conferred on this ceremonious occasion.
iii. Under Short Term Studentship in Homoeopathy (STSH), a sum-total of 24 students was awarded scholarships. It is a programme founded by CCRH to instil research interest among homeopathic undergraduates.
iv. For “Quality MD Dissertation in Homoeopathy”, 4 students were felicitated with the award.
v. In order to link education with research and provide a boost to research infrastructure, the government signed 2 MOUs (Memorandum of Understanding) with 2 PG Homoeopathic Colleges.
vi. Research studies have been undertaken on 5 epidemic diseases, namely, dengue, malaria, chikungunya, Acute Encephalitis Syndrome (AES) . 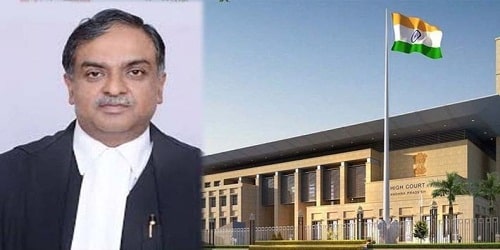 ii. The new high court for Andhra Pradesh was established on 1 January 2019, following its creation, the High Court has been guarded by Acting Chief Justice Chagari Praveen Kumar.