We are here for you to provide the important Recent and Latest Current Affairs 9 February 2021, which have unique updates of Latest Current Affairs 2021 events from all newspapers such as The Hindu, The Economic Times, PIB, Times of India, PTI, Indian Express, Business Standard and all Government official websites. 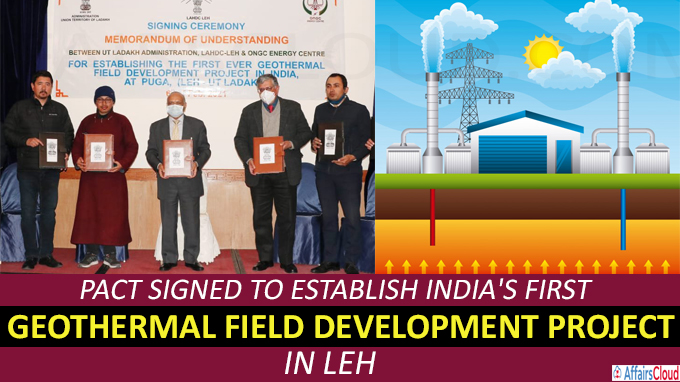 On 6th February 2021, Prime Minister Narendra Modi virtually inaugurated the event organised to mark the Diamond Jubilee of the Gujarat High Court and unveiled the commemorative Postage Stamps to mark the completion of 60 years of establishment of the High Court of Gujarat on May 1 2020. Vikram Nath is the Current Chief Justice of Gujarat High Court.
The event which was scheduled to take place in 2020 was postponed due to the COVID-19 pandemic.
Key People:
Ravi Shankar Prasad, Union Minister of Law & Justice; Judges of Supreme Court and High Court of Gujarat, Vijay Rupani, Chief Minister of Gujarat along with the members of the law fraternity participated in the event.
Judicial Reforms:
i.Around 18000 courts in India have been computerized and the Supreme Court’s approval on the legal sanctity to tele-conferencing and video conference has created a new momentum to the e-proceedings in the courts.
ii.The e-filing of cases, Unique identification code and QR codes for cases led to the establishment of the National Judicial Data Grid which enables the lawyers and the litigants to get updates about the cases.
Note – The Gujarat high court was established on 1st May 1960, as a result of bifurcation of the former State of Bombay into two States of Maharashtra and Gujarat.
About Gujarat:
Airports– Sardar Vallabhbhai Patel International Airport, Dholera International Airport, Surat Airport, Govardhanpur Airport or Jamnagar Airport, Shyamji Krishna Verma Bhuj Airport, Porbandar Airport, Bhavnagar Airport, Ankleshwar Airport, Kandla Airport.
Stadium–  Sardar Patel Stadium, Madhavrao Scindia Cricket Ground, IPCL Sports Complex Ground, Moti Bagh Stadium 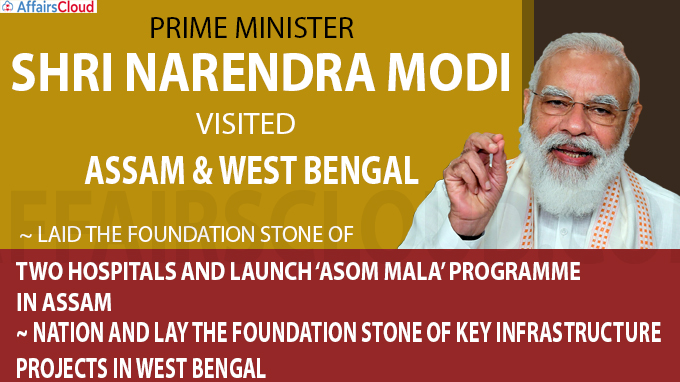 i.The Prime Minister Narendra Modi visited the states of Assam and West Bengal on February 7, 2021.
ii.In Assam he laid the Foundation Stone of two hospitals and launched ‘Asom Mala’ while in West Bengal he dedicated to the Nation and laid the Foundation Stone of key infrastructure projects in its Haldia city.
iii. The PM dedicated to the nation the LPG import terminal built by Bharat Petroleum Corporation Limited with an outlay of Rs. 1100 crore and has a capacity of 1 Million Metric Tonne Per Annum in West Bengal.
About West Bengal:
Capital– Kolkata
Chief Minister– Mamata Banerjee
About Assam:
Capital– Dispur
Chief Minister– Sarbananda Sonowal
<<Read Full News>> 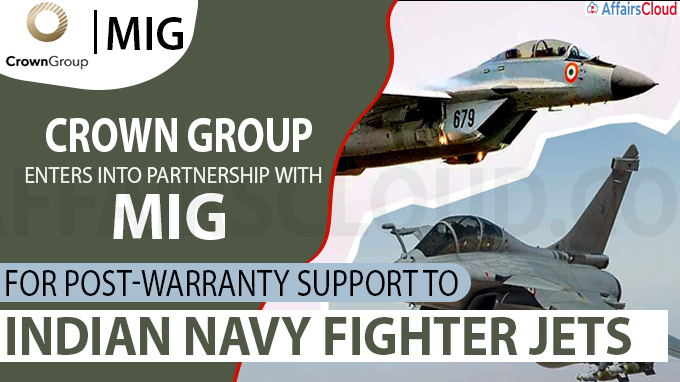 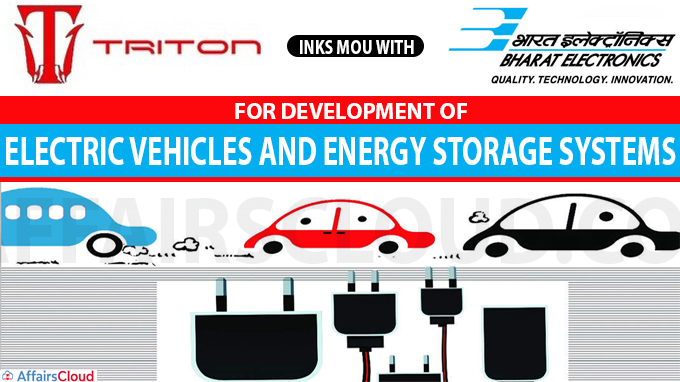 i.Triton Electric Vehicle has signed a Memorandum of Understanding (MoU) with Bharat Electronics Limited (BEL) to develop Electric Vehicles(EVs) and Energy Storage Systems(ESS).
ii.Through this partnership, both parties aim to create an innovative product that will transform the Indian EV and ESS segment.
iii.Purpose: To manufacture the sub-systems and battery assembly for ESS and EVs so as to cater the needs of customers in USA, India and other countries.
About Bharat Electronics Limited (BEL):
It is a navratna Public Sector Undertaking(PSU) under Ministry of Defence
Chairman and Managing Director– M V Gowtama
Headquarters– Bangalore Karnataka
About Triton Electric Vehicle:
It is the new subsidiary of Triton Solar
Headquarters– New Jersey, USA
Founder and CEO– Himanshu B Patel(Founder and Chairman of Triton Solar)
<<Read Full News>> 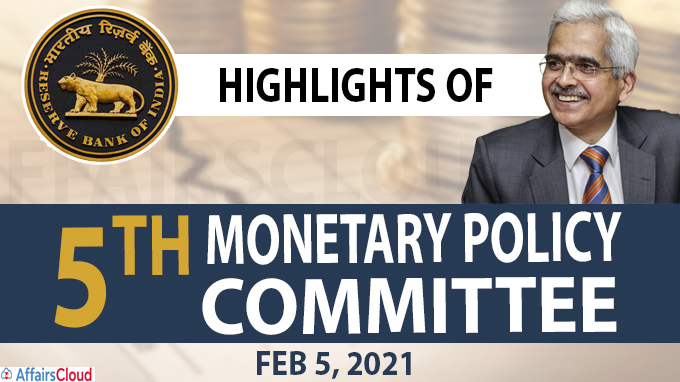 On 3rd February 2021, The Appointments Committee of the Cabinet chaired by Prime Minister Narendra Modi has appointed Praveen Sinha, 1988 batch IPS officer of Gujarat Cadre, currently serving as the Additional Director of Central Bureau of Investigation(CBI), as the acting Chief of CBI. He succeeds Rishi Kumar Sukla who retires on 3rd February 2021 after a 2-year stint.
About Praveen Sinha:
i.He has served in CBI at various capacities like Superintendent of police, Deputy Inspector General, Joint Director and Additional Director between 2000-2021.
ii.He has also served as the Additional Secretary of Central Vigilance Commission(CVC) during 2015 to 2018.
iii.He is a member of various reform committees established by the CVC.
iv.He is a member of the Committee of Reforms in Criminal Laws constituted by the Ministry of Home Affairs (MHA).
Additional info:
i.He has drafted the Vigilance Manual 2017 of the CVC and CBI(Crime) Manual, 2020.
ii.He received the President’s Police Medal for his distinguished service on 2013 Republic Day and Police Medal for Meritorious Service on 2004 Republic Day.
About Central Bureau of Investigation(CBI):
CBI was established as The Special Police Establishment (SPE) in 1941, it was renamed as Central Bureau of Investigation(CBI) in 1963.
Motto– Industry, Impartiality, Integrity
Headquarters– New Delhi

Bellatrix Aerospace is building a ‘space taxi’ for satellites

i.In a reforming development, the Bengaluru, Karnataka based Bellatrix Aerospace is building a Orbital Transfer Vehicle (OTV) that will work as a “taxi in space” to ferry small satellites into multiple orbits. It will be big development for global operators to reduce time and costs.
ii.The space startup’s vehicle is expected to launch to low earth orbit in 2023 on the Vikram rocket of Skyroot Aerospace, a Hyderabad-based rocket startup.
About Bellatrix Aerospace:
Founded– 2015
Founders– Yashas Karanam, Rohan M Ganapathy
<<Read Full News>> 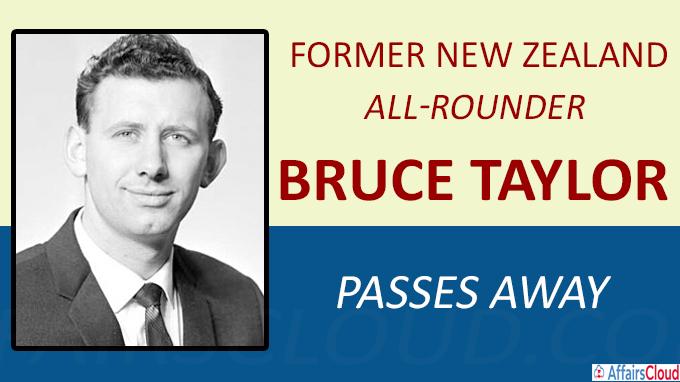 On 6th February 2021, Former New Zealand Cricketer Bruce Taylor passed away at the age of 77 in Lower Hutt, New Zealand.  He was born on 12th July 1943 in Timaru, New Zealand.
He was described as “Force of Nature” by the New Zealand Cricket Team.
Key Points:
i.Bruce Taylor scored the first class century in 1965 against India at Kolkata, West Bengal.
ii.He is the only cricketer to score a century and take a five-wicket haul on debut in a Test match.
iii.He scored the fastest test century of New Zealand against West Indies in 1969, after 36 years, Daniel Vettori broke this record.
iv.He has played around 30 test matches representing New Zealand and took 111 wickets and scored 898 runs.
v.He retired after his England Tour in 1973 and returned to support Wellington against West Indies in 1979-80. 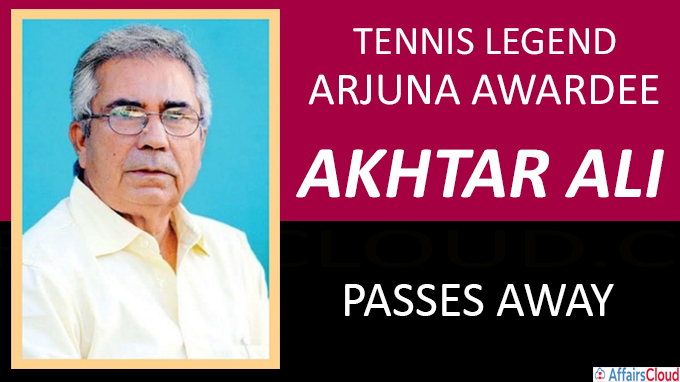 On 7th February 2021, Indian Tennis Legend, Akhtar Ali, the former Davis Cup Coach, passed away at the age of 81 in Kolkata, West Bengal. He has supported the career development of the legendary Leander Paes. He was born on 5th July 1939. He hails from Kolkata, West Bengal.
About Akhtar Ali:
i.Akhtar Ali has played in 8 Davis Cup Ties Between 1958 to 1963.
ii.He has also led the Indian team as both Captain and Coach .He won the Junior National title at age 16 in 1955 & also a National squash champion in 1968.
iii.He is the father of the current Davis Cup Coach Zeeshan Ali.
iv.He has also worked with Ramesh Krishna, Zeeshnan Ali and Vijay Amritraj
Awards:
He received the Arjuna Award in Lawn tennis for his lifetime contribution to tennis in 2000. 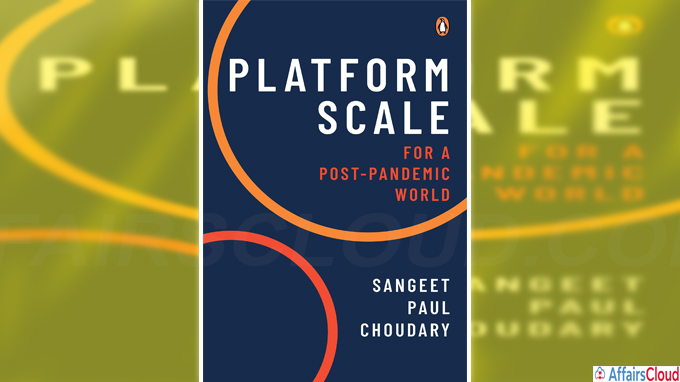 A book titled  ‘Platform Scale: For A Post-Pandemic World’ has been authored by Sangeet Paul Choudary. The book has been published by Penguin Random House India.

Essence of the Book:
i.It explains about the importance of inner workings of platform business models and their ability to scale rapidly.
ii.It describes how the decade that led to the COVID-19 pandemic witnessed the rise of platform business models.
iii.It also acts as a guide for entrepreneurs, innovators and educators who are looking to understand and implement the inner workings of highly scalable platform business models.
About  Sangeet Paul Choudary:
i.Besides being an author, he is also a business scholar, entrepreneur, advisor.
ii.He is the co-author of the bestselling book titled, ‘Platform Revolution – How Networked Markets are Transforming the Economy and How to Make Them Work for You’.
iii.He is the founder of Platformation Labs.
iv.He is the frequent keynote speaker at leading global forums, including the G20 Summit, the World 50 Summit, the United Nations and the World Economic Forum.

Former Vice President of India Mohammad Hamid Ansari Authors a Book Titled, ‘By Many a Happy Accident: Recollections of a Life’ Former Vice President of India Mohammad Hamid Ansari has authored a book titled ‘By Many a Happy Accident: Recollections of a Life’. The book is published by Rupa Publications.
Essence of the Book:
It describes the unplanned happenings that took place in the life of  M. Hamid that changed his way from his deferred fancy for academia to professional diplomacy and then co-opted in public life and became the Vice President of India for 2 consecutive terms.
About Hamid Ansari:
High Post Held
i.He was a Indian Foreign Service officer and was the chairman of Rajya Sabha for two consecutive terms from 2007 to 2017.
ii.He served as the ambassador to the United Arab Emirates(UAE), Afghanistan, Iran, and Saudi Arabia.
iii.He was the high commissioner to Australia and was also the permanent representative to the United Nations in New York.
iv.He chaired 1 of the 5 Working Groups established by the Prime Minister’s 2nd Round Table Conference on Jammu and Kashmir(J&K) in April 2006.
Editor
He edited the proceedings of an international conference on Iran, 25 Years after the Islamic Revolution.
Books
i.He published his own writings namely, Travelling through Conflict: Essays on the Politics of West Asia in 2008.
ii.Some books have been published from his selected speeches  including, Teasing Questions (2014), Citizen and Society (2016) and Dare I Question? (2018). 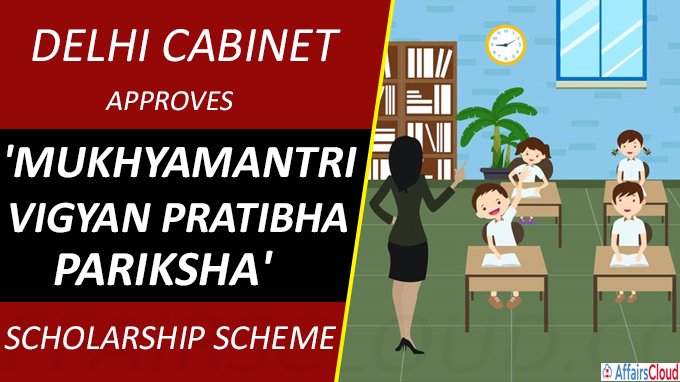