We are here for you to provide the important Recent and Latest Current Affairs 6 November 2021, which have unique updates of Latest Current Affairs 2021 events from all newspapers such as The Hindu, The Economic Times, PIB, Times of India, PTI, Indian Express, Business Standard and all Government official websites.

i.The annual ‘Ganga Utsav 2021-The River Festival’ was organized virtually on November 1-3 by National Mission for Clean Ganga (NMCG) to mark the anniversary of announcement of River Ganga as the ‘National River’ i.e. November 4th.
ii.This year marked the 5th edition of the festival which was celebrated under the leadership of Union Minister Gajendra Singh Shekhawat, Ministry of Jal Shakti, as a part of the ongoing celebrations for 75 years of Independence and Azadi ka Amrit Mahotsav.
iii.The minister launched the ‘Ganga Atlas: River of the Past’ developed by Prof Rajiv Sinha, IIT Kanpur, Uttar Pradesh (UP).
About National Mission for Clean Ganga (NMCG):
The National Mission for Clean Ganga (NMCG), under the Ministry of Jal Shakti, is a society registered on 12th August 2011 under the Societies Registration Act 1860. It acts as the implementation arm of the National Ganga River Basin Authority (NGRBA). In November 2021, India and Bhutan formalised seven additional entry – exit points for trade through Letters of Exchange (LoE) issued during the Commerce Secretary level meeting between the countries that discussed Trade & Transit issues. 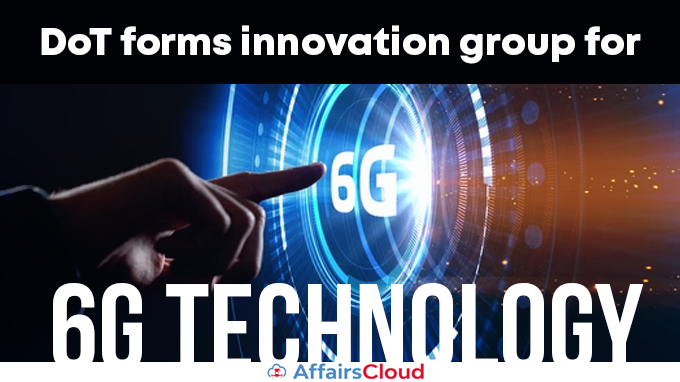 The Department of Telecommunications (DoT), under the Ministry of Communications, has formed a technology innovation group on the Sixth Generation (6G), to take lead in the development of 6G Technology globally.

Mansukh Mandaviya, Union Minister of Health and Family Welfare, announced that the government of India has launched the “Har Ghar Dastak”, a door to door Covid-19 vaccination campaign to increase vaccination coverage across India.

The campaign aims to motivate people towards getting fully vaccinated against COVID-19. i.During the ongoing 2021 United Nations Climate Change Conference, aka COP26 (Conference of Parties) in Glasgow, Scotland, a report titled ‘The Adaptation Gap Report 2021: The Gathering Storm’ by United Nations Environment Programme (UNEP) was released. It was the 6th edition of the Adaptation Gap Report.
ii.The report states that if the world limits warming to 1.5°C, many climate risks remain and will be irreversible.
iii.Currently the warming level is at 1.1°C which resulted in climate-related devastation in 2021 ranging from floods in Europe and China, heatwaves in Pacific North West, wildfires in Greece and floods and monsoon variabilities in India.
About UNEP (United Nations Environment Programme):
Executive Director– Inger Andersen
Headquarters– Nairobi, Kenya
>>Read Full News On 4th November, the Government of the United Kingdom (UK) unveiled a £5 coin to commemorate Mahatma Gandhi on the occasion of Diwali. This is the 1st time the UK government is releasing a coin on Mahatma Gandhi. Rishi Sunak, Chancellor of UK, chose the final design for the coin. It is the first time Mahatma Gandhi has been commemorated on an official UK coin.
Features of Coin:

Note – Annually, 2nd October is observed as the International Non-Violence day by the United Nation, marking the birthday of Mahatma Gandhi.
Main features:
i.The design of the coin builds on enhancing the  relationship and cultural connection between the UK and India.
ii.It  is a part of the Royal Mint Advisory Committee’s wider Diwali collection. Which includes 1gram and 5gram gold bars in henna-style packaging.

UNEP’s Sustainable Urban Cooling Report : Cities will be Too Hot to Live 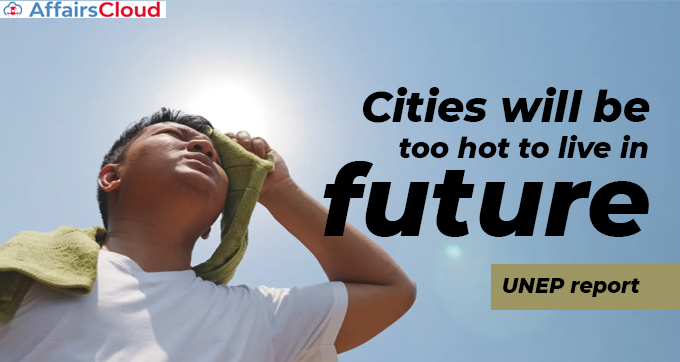 Beating the Heat: Sustainable Urban Cooling Handbook report by the United Nations Environment Programme (UNEP) indicates that cities will be the hotspots, if global warming continues.

Key points:
i.The global energy requirement for space cooling is predicted to jump 300 percent – from 2,020 TeraWatt-hours (TWh) in 2016 to 6,200 TWh in 2050.
ii.10 Indian cities will collaborate with UNEP, India’s National institute of Urban Affairs (NIUA), RMI and the Royal Danish Embassy of India to integrate cooling into their city masterplans.
iii.Lower-income districts and communities are most vulnerable to heat and warming impacts.
iv.The sustainable urban cooling like energy consumption, lower greenhouse emissions and economic benefits are far reaching.
iv.The household energy spending accounts to 5-15 percent in many parts of the world. In November 2021, the Reserve Bank of India (RBI) appointed Bandhan Bank, a scheduled private bank, as an “Agency Bank” for undertaking government business. South African author Damon Galgut has won the prestigious Booker Prize 2021 for fiction for his novel ‘The Promise’. It was his ninth book that states the decline of one dutch family in South Africa over four decades from the apartheid era to the present day. It is a tale of a troubled Afrikaner family and its broken promise to a Black employee.

Key Points:
i.He has previously been nominated twice; first in 2003 for ‘The Good Doctor’ and in 2010 for ‘In a Strange Room’, but lost both times.
ii.He is the third South African novelist to win the Booker Prize, after Nadine Gordimer in 1974 and J.M. Coetzee, who won twice, in 1983 and 1999.
iii.The chair of the judges (Booker Prize) was Maya Jasanoff.

Anita Anand (54 years), an Indian-origin Canadian has been sworn in as the 43rd Defence Minister of Canada replacing Harjit Sajjan, who has been appointed as the Minister of International Development Agency.

Anita Anand, born in rural Nova Scotia, Canada, was first elected as the Member of Parliament for Oakville in 2019.
She has previously served as Minister of Public Services and Procurement.

Director-producer Imtiaz Ali, well known for films like Jab We Met; Love Aaj Kal, Rockstar, Tamasha, has been appointed as the ambassador of the Russian Film Festival in India. As a part of the festival, 10 Russian Films are premiered on Disney+ Hotstar from 16th October to 27th November 2021. 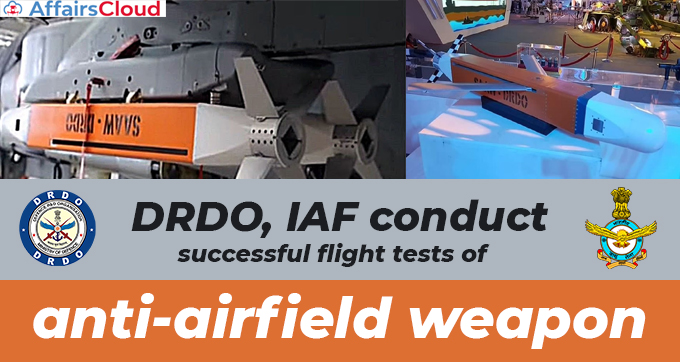 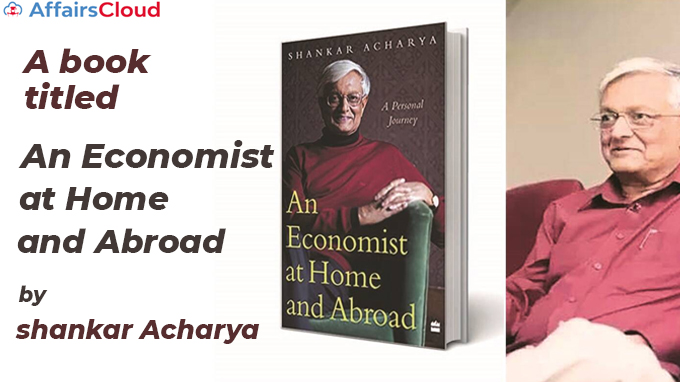 Noted Economist and former Chief Economic Adviser to the Government of India, Dr Shankar Acharya has authored a new book titled “An Economist at Home and Abroad: A Personal Journey”.

About Dr Shankar Acharya:
i.Dr Shankar Acharya has been serving as the honorary professor at the Indian Council for Research on International Economic Relations(ICRIER), Delhi since 2001
ii.He was the longest-serving chief economic adviser to the Government of India, who served for a period of 8 years (1993-2001) under 3 different finance ministers (Manmohan Singh, P Chidambaram and Yashwant Sinha).
iii.He also served as a member of the Securities and Exchange Board of India (SEBI) (1997-2000) and between 2001 and 2013 he has served as a member of the 12th Finance Commission and the National Security Advisory Board (2009-2013).
iv.He has also worked in the World Bank and led the team for World Development Report 1979. He has also served on the Reserve Bank of India(RBI)’s Advisory Committee for Monetary Policy (2005-2016).
v.He has also served as the Non-Executive Part-time Chairman of Kotak Mahindra Bank.
Books:
He has authored several books on the Indian Economy and several scholarly articles.
His books include, 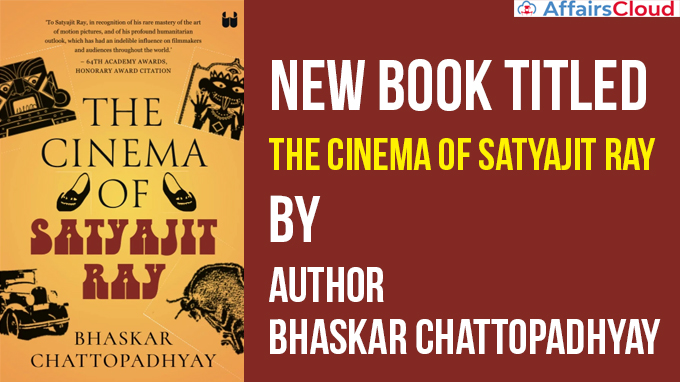 A new book titled  ‘The Cinema of Satyajit Ray’ written by the author Bhaskar Chattopadhyay and  published by Westland details the life of legendary Indian Filmmaker – ‘Satyajit Ray’. The book is divided into two sections, first is about art and second is the artist.

i.The book describes 39 feature films of Satyajit Ray – including various short films and documentaries to investigate their cinematic and social context.
ii.It also contains essays on each film and documentaries of Satyajit Ray.
About Satyajit Ray:
i.Satyajit Ray is the only Indian to receive Academy Honorary Award (1992)
ii.In 1992, he was also awarded with the India’s highest civilian award – Bharat Ratna for his contribution to the field of Art (Cinema).
Famous Movies – Pather Panchali, Charulata, Devi 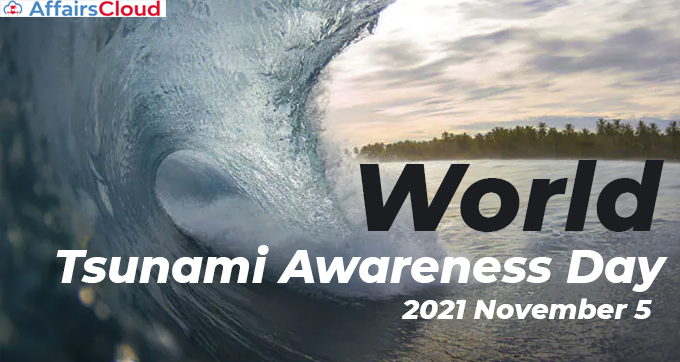 The United Nations (UN)’s World Tsunami Awareness Day is annually observed across the globe on November 5th to create awareness about the tsunami, and the share the innovative approaches to risk reduction
The observances of the day are facilitated by the UN Disaster Risk Reduction (UNDRR) in collaboration with the UN systems.

Background:
i.The United Nations General Assembly(UNGA) adopted the resolution A/RES/70/203 on 22nd December 2015 and proclaimed the 5th November of every year as World Tsunami Awareness Day.
iii.The idea to observe a World Tsunami Awareness Day was proposed by Japan.The date of November 5 is based on an anecdote and example of a good practice known in Japan as “Inamura-no-hi” (the burning of rice sheaves) which took place on the 5th of November 1854. The International One Health Day is annually observed across the globe on 3rd November to create awareness about the need for a One Health approach to address the shared health threats at the human-animal-environment interface.
3rd November 2021 marks the 6th One Health Day, a global campaign that highlights the importance of one health approach.
Background:
i.International One Health Day was initiated in 2016 by three International One Health Groups: One Health Commission, the One Health Platform, and the One Health Initiative Team.
ii.The first One Health Day was observed on 3rd November 2016.
What is One Health?
i.One Health is a collaborative, multisectoral, and transdisciplinary approach, working at the local, regional, national, and global levels, which aims to achieve optimal health outcomes that recognise the interconnection between people, animals, plants, and their shared environment.
ii.It recognises the connection between the health of people, animals and the environment.
World One Health Congress (WOHC):
i.7th World One Health Congress (WOHC) will take place from November 7 – 11, 2022 at the Sands Expo and Convention Centre in Singapore.
ii.The theme for the 7th World One Health Congress is Integrating Science, Policy and Clinical Practice: A One Health Imperative Post COVID-19.
Events in India:
i.As a part of the 6th One Health Day, the Department of Animal Husbandry and Dairying, Ministry of Fisheries, Animal Husbandry and Dairying has organised a stakeholders forum under the theme “Industry and One Health” under the Azadi Ka Amrit Mahotsav initiative.
ii.The panellists of the forum included the representatives of the Confederation of Indian Industry(CII), World Bank, Bill and Melinda Gates Foundation and officials of the Department of Animal husbandry and Dairying.
iii.Indian Council of Agricultural Research(ICAR) is committed to solving the challenges in the area of One Health through collaboration and partnership with stakeholders including the Industry players. About Janasevaka
i.58 Government services can be availed at doorstep using this scheme – Aadhaar card, caste or income certificate are also included.
ii.In 2019, the scheme was implemented in Dasarahalli area on a pilot basis and now launched covering the entire Bangalore city.
How Janasevaka works
i.Citizens can use the toll-free helpline or the web portal to book for the government certificates required and avail the service at a cost of Rs 115.
ii.Once the application is processed by the concerned departments Janasevaka will deliver a certificate, No Objection Certificate, Permission, Licence etc,
iii.’Mobile One’ App of the Karnataka government can be used to avail the services.
Note – Janasevaka scheme is modelled after Delhi Government’s Doorstep delivery scheme
About Janaspandana
The Grievance Redressal System is modelled after the central government’s Centralized Public Grievance Redressal & Monitoring System (CPGRAMS) which extends 24X7 online support to citizens.
About Karnataka
Chief Minister – Basavaraj S Bommai
Governor – Thawar Chand Gehlot
Wildlife Sanctuary – Melkote Wildlife Sanctuary, Mookambika wildlife sanctuary, Nugu Wildlife Sanctuary 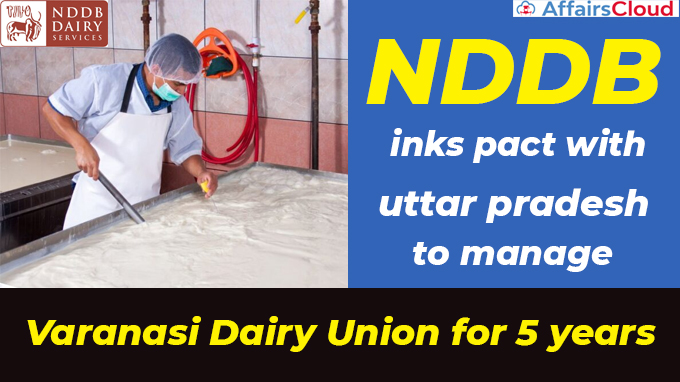 The National Dairy Development Board (NDDB) Anand signs a pact with Uttar Pradesh (UP) government to manage Varanasi Milk Union for a period of 5years.