We are here for you to provide the important Recent and Latest Current Affairs 4 & 5 November 2021, which have unique updates of Latest Current Affairs 2021 events from all newspapers such as The Hindu, The Economic Times, PIB, Times of India, PTI, Indian Express, Business Standard and all Government official websites. 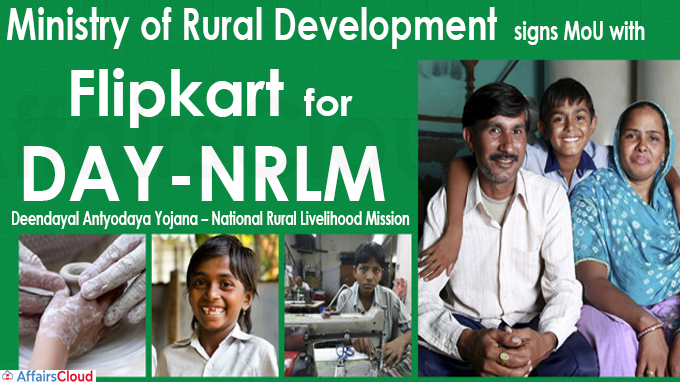 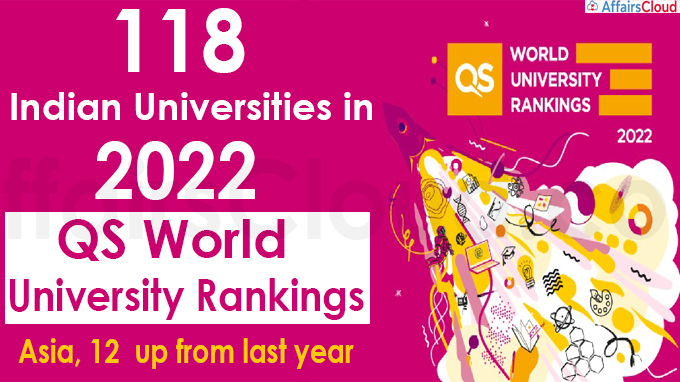 i.On November 2, 2021, QS (Quacquarelli Symonds) released QS Asia University Rankings 2022 featuring 118 Indian Universities following China with 126 universities.
ii.The ranking has been topped by National University of Singapore (NUS) for the 4th year in a row. It is followed by China’s Peking University at 2nd position, and Nanyang Technological University in Singapore and the University of Hong Kong in Hong Kong at 3rd rank.
iii.Indian Institute of Technology Bombay (IITB) (42nd regionally) and IIT Delhi (45th regionally) are the only two Indian institutions among the Top-50. IIT Madras, which was in 50th place last year, has lost four places and now ranks 54th.
About Quacquarelli Symonds (QS):
It is the world’s leading provider of services, analytics, and insight to the global higher education sector. It has been providing university rankings since 2004.
Headquarters– London, UK
Senior Vice President– Ben Sowter
>>Read Full News About PCA Framework:
i.PCA is a framework under which banks with weak financial metrics are put under watch by the Reserve Bank of India (RBI). Under the Framework, the supervised Entity will be required to initiate and implement remedial measures in a timely manner to restore its financial health.
ii.The RBI introduced the PCA framework in December 2002 as a structured early-intervention mechanism to supervise and regulate the banks that become undercapitalised due to poor asset quality, or vulnerable due to loss of profitability.
iii.The regulations were later revised in April 2017.
>>Read Full News

The Asian Development Bank (ADB) has approved a $61 million(~INR 453 Crore) loan under ‘Agartala City Urban Development Project’ to improve livability, harness technology, and promote new developments to accommodate the expanding population in the city of Agartala, Tripura.
Key Points:
i.The Agartala City Urban Development Project will build and upgrade 48 kilometers (km) of new or existing stormwater drainage and construct 23 km of climate-resilient urban roads.
ii.The ADB’s support is aligned with the Government of India’s national Smart Cities Mission program, which aims to drive economic growth through local area development.
iii.ADB will also provide a $1 million technical assistance (TA) grant from its Technical Assistance Special Fund to support the project’s capacity building and awareness-raising activities.
iv.The project has a built-in component to increase the capacity of the Agartala Municipal Corporation, and other relevant agencies, on project management and operation and maintenance of urban infrastructure.
About Agartala:
i.Agartala, the capital and largest city in Tripura was represented as one of the fastest-developing cities in India by ADB.
ii.Strategic Location: Agartala is located near the Bangladesh–Bhutan–India–Nepal economic corridor hence it has the potential to become an economic–commercial hub for northeast India.
iii.The city is also Tripura’s gateway for tourism.
About Asian Development Bank (ADB):
Establishment– 1966
President – Masatsugu Asakawa
Headquarters –Mandaluyong, Metro Manila, Philippines
Members – 68 (49 from the Region) 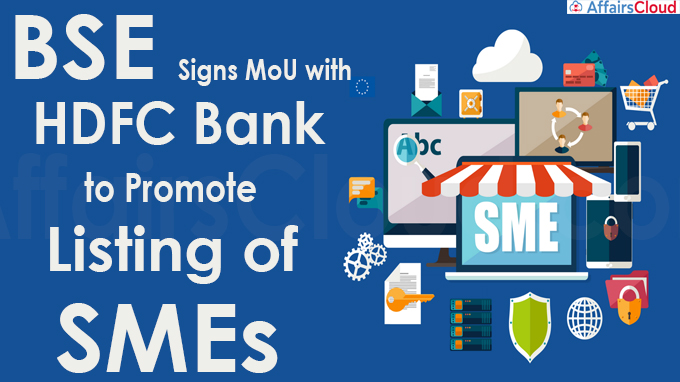 Bombay stock exchange (BSE) collaborated with HDFC Bank and signed a Memorandum of Understanding (MoU) to promote and encourage the Small and Medium Enterprises (SME) and also listing of Start-ups.

Note
i.HDFC is committed to develop, focus and encourage startups as they are reshaping the future world at present.
ii.BSE is the first stock exchange to get approval from The Securities and Exchange board of India (SEBI) to launch the SME platform on 13th March 2012.
iii.So far, BSE has listed about 353 companies and raised 3731.81 crores from the market as capitalization.
About Bombay stock exchange (BSE):
Establishment – 1875
Managing Director (MD) & Chief Executive Director (CEO) – Ashishkumar Chauhan
Headquarter – Mumbai, Maharashtra
About HDFC Bank:
Establishment -1994
MD & CEO – Sashidhar Jagdishan
Headquarters – Mumbai, Maharashtra
Tagline– We understand your world
Chatbot – Eva

On November 2, 2021, a Memorandum of Understanding (MoU) was signed between the Tamil Nadu Industrial Investment Corporation (TIIC) Limited, the Society of Indian Defence Manufacturers (SIDM) and the Confederation of Indian Industries (CII) to catalyze and facilitate defence manufacturing in the MSME (Micro, Small & Medium Enterprises) sector.

Need behind this partnership:
To address the needs of the MSME sector in meeting the defence indigenization and manufacturing requirements, skillset development, infrastructure buildup and investment promotion in defence manufacturing in TN. Key points
i.The formal financial sector was expanded by 10 per cent , and that of formalised utility services size expanded by 1 per cent during the pandemic.
ii.Agriculture sector has been formalised by 20-25 per cent since 2018 where KCC credit was played major part and now the informal agriculture sector is 70-75 per cent.
About State Bank of India (SBI)
Establishment – 1st July, 1955
Chairman – Dinesh Kumar Khara
Headquarters – Mumbai, Maharashtra
Tagline – The Banker to Every Indian
>>Read Full News 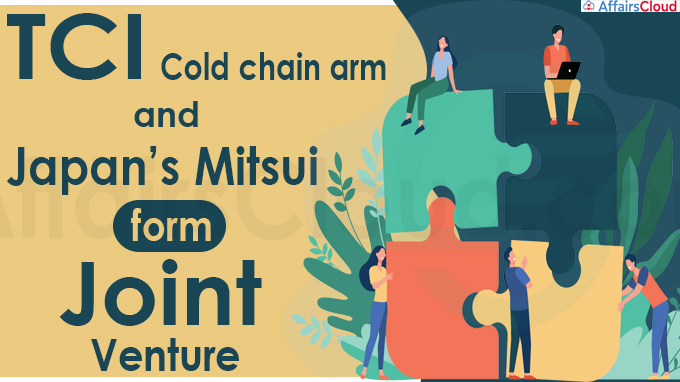 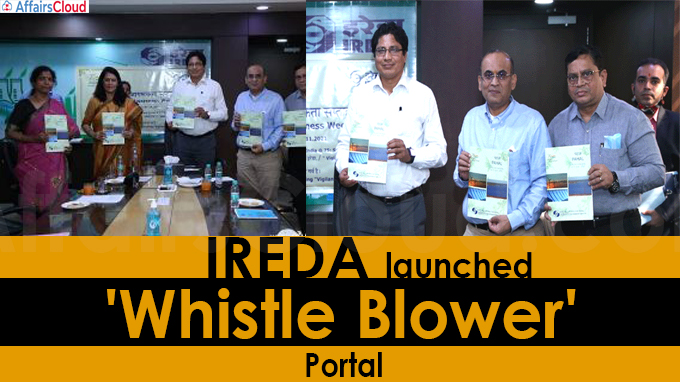 Note – Theme of the ‘Vigilance Awareness  Week 2021- ‘‘Independent India @75: Self Reliance with Integrity’’.
About CVC (Central Vigilance Commission)
The CVC was set up by the Government in February, 1964 on the recommendations of the Committee on Prevention of Corruption, headed by Shri K. Santhanam. Sudha Murty, the chairperson of the Infosys Foundation and a renowned author has published her new book titled “The Sage with Two Horns: Unusual Tales from Mythology”, the 5th and last book of the “Unusual Tales from Mythology” series.
The book is published by Penguin Random House India imprint India Puffin.
About Unusual Tales series:
The series features the stories of kings and queens, gods and goddesses, sages and extraordinary men and women of wisdom.

About Sudha Murty:
i.Sudha Murty is a prolific writer in English and Kannada, she has written novels, technical books, travelogues, collections of short stories and non-fiction.
ii.She is well known for her Children books.
Awards:

A book titled ‘’Not Just Cricket: A Reporters Journey’’ authors by Pradeep Magazine

A book titled ‘’Not just cricket: A Reporters Journey’’  by Pradeep Magazine is going to be released in Dec 2021. It is published by HarperCollins Publishers  India.
Key points
i.It  consists of life experiences, social, political, ups and downs of Indian cricket by the journalist Pradeep Magazine. It also contains  memorable cricket encounters and anecdotes of cricket.
ii.The write describe the picture of the kashmir from the 1950s to terror-ravaged Punjab, from the MandirMasjid rift and the impact of Mandal politics to the tragic consequences of the kashmir situation.Magazine paints a fascinating portrait of modern India
About Pradeep Magazine
i.He started his journalism career in 1979 with the Chandigarh edition of The Indian Express.Pradeep Magazine is a cricket writer, columnist and former sports editor of the pioneer, the India today e-paper and Hindustan Times.