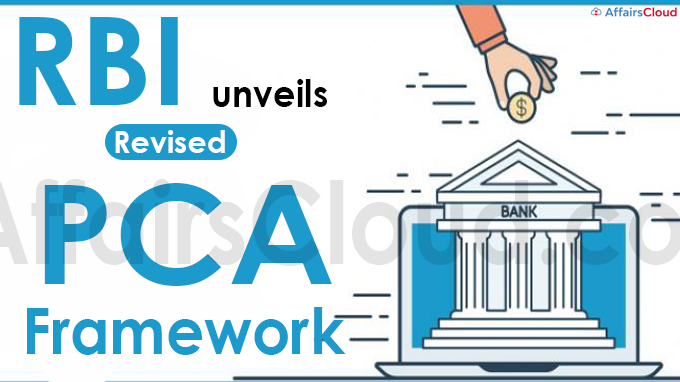 Mandatory actions for breaching the threshold:

i.PCA is a framework under which banks with weak financial metrics are put under watch by the RBI. Under the Framework, the supervised Entity will be required to initiate and implement remedial measures in a timely manner to restore its financial health.

ii.The RBI introduced the PCA framework in December 2002 as a structured early-intervention mechanism to supervise and regulate the banks that become undercapitalised due to poor asset quality, or vulnerable due to loss of profitability.

i.The PCA Framework will also act as a tool for effective market discipline and it does not prevent the RBI from taking any other action as it deems fit at any time, in addition to the corrective actions prescribed in the Framework.

ii.A bank will be placed under PCA framework based on the Audited Annual Financial Results and the ongoing Supervisory Assessment made by RBI.

Note – Following Indian Overseas Bank’s exit from PCA in September 2021, Central Bank of India was the only bank that was remaining under PCA.