We are here for you to provide the important Recent and Latest Current Affairs 31 March 2021, which have unique updates of Latest Current Affairs 2021 events from all newspapers such as The Hindu, The Economic Times, PIB, Times of India, PTI, Indian Express, Business Standard and all Government official websites. Bihar is set to become India’s 1st State to have 2 Green Energy Efficient towns, the 2 towns are Rajgir & BodhGaya. They will start getting Solar Energy through 1st of its kind Renewable energy project from 2023. ICM, Think Tank of MEA and IOM to collaborate for joint Study on Migration On 23rd March 2021, The India Centre for Migration (ICM), a research think tank of the Ministry of External Affairs (MEA), entered into collaboration with International Organisation for Migration (IOM) for the joint study on “Strengthening data-informed and migrant-centred migration management frameworks in India”.

Aim:
i.To address the issues of international migration that gained momentum during the post COVID-19 recovery efforts.
ii.To provide a gender sensitive approach and policies.
Objective of the study:
i.Best practices with regards to international migration data management to strengthen evidence based policy making
ii.Explore opportunities for new migration corridors based on sectoral data and trends.
iii.To augment practical information for aspiring Indian Migrants in emerging sectors in new destinations.
About the joint study:
i.Examine the impacts of changes in technology, economic environment and the Covid-19 situation.
ii.Explore the possibilities for skilling and for conducting bilateral and multilateral agreements
iii.Analyse the evidence based approach for safe, legal, smart and sustainable migration.
iv.This will facilitate the implementation of various migrant centric and evidence based policies of the Government to address the interests of migrants and to enhance labour market opportunities in both traditional and new destinations.
About The India Centre for Migration (ICM):
Chairman– Sanjay Bhattacharyya
Headquarters– New Delhi

Union Minister for Health & Family Welfare, Dr Harsh Vardhan launched the ‘Tribal TB Initiative’ as a step towards the goal of ‘TB Mukt Bharat’ by 2025.
i.During the event, he also released Signatories: Ankit Garg, Deputy Director General, BCAS, and Christoph Schnellmann, CEO, YIAPL.
About Jewar Airport:
i.The contract for construction of the Jewar Airport, officially Noida International Greenfield Airport, has been awarded to YIAPL, which is a joint venture of the Airport Authority of India (AAI), the Government of Uttar Pradesh, and Zurich international airport.
About Bureau of Civil Aviation Security:
Established as an independent department under the Ministry of Civil Aviation on 1st April, 1987.
Director General – M. A. Ganapathy 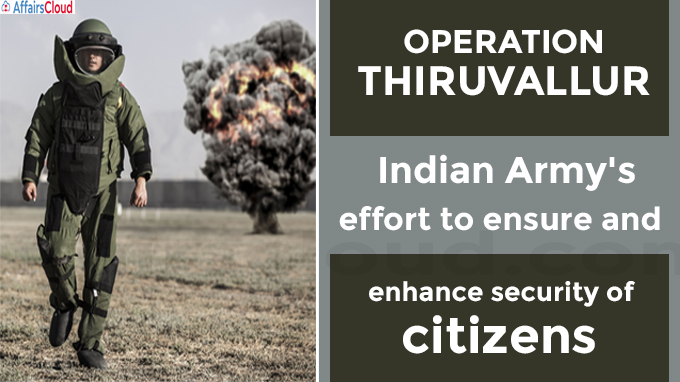 Indian Army’s Southern Command Troops, Pune launched “Operation Thiruvallur” in Tamil Nadu(TN) to safely dispose of around 10 tonnes of unexploded ordnance collected by factories. The Ministry of Defence has directed the Indian Army for conducting the operation under the aegis of  “Aid to Civil Authorities”.
i.The ordnance was collected from the State Industries Promotion Corporation of Tamil Nadu (SIPCOT) Industrial Estate in Gummidipoondi, Thiruvallur district, TN.
ii.Operation Thiruvallur was initiated by the Ministry of Defence on the request of Govt. of Tamil Nadu.
iii.Unexploded ordnance from a metal scrap dump were successfully neutralised by the Army Bomb Disposal Team.
About Indian Army:
Chief of the Army Staff– Manoj Mukund Naravane
Headquarters– New Delhi
About Tamil Nadu:

Bengaluru’s Kempegowda International Airport became the 1st Airport in South India to have a fully operational parallel runways. This comes as a result of the Airports northern runway coming to operation which was closed for renovation and upgrades in June 2020. 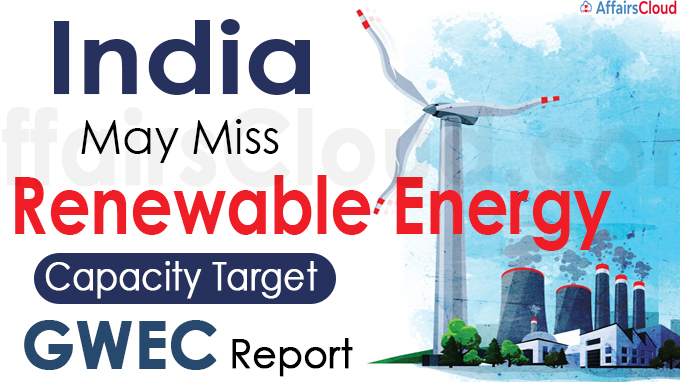 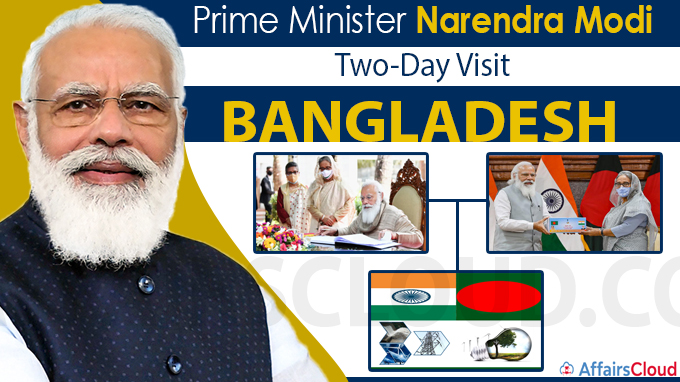 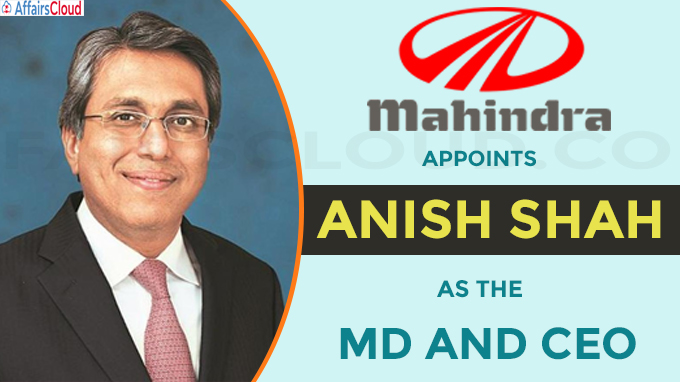 On 25th March 2021, Anish Shah was appointed as the Managing Director(MD) and Chief Executive Officer(CEO) of Mahindra and Mahindra Ltd(M&M) with effect from 2nd April 2021.

Note:
When Anand Mahindra transitions to the position of Non-Executive Chairman,  Anish Shah will become the First Professional MD and CEO of Mahindra Group to complete oversight of and responsibility for Mahindra Group.
About Anish Shah:
i.Anish Shah joined M&M as the group President – Strategy in 2015 and led the strategy development.
ii.He has served as the  President and CEO of GE Capital India before joining M&M.
iii.He started his career at Citibank in Mumbai and later worked as strategy consultant

Govt Extended the Term of K. VijayRaghavan as PSA for One Year Till April 2022 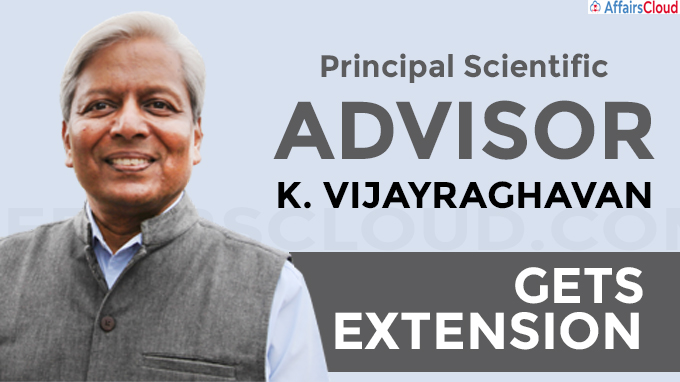 On March 25, 2021, The official order issued by the Department of Personnel and Training stated that the government has extended the term of K. VijayRaghavan as Principal Scientific Advisor (PSA) for one more year.

About The office of Principal Scientific Advisor(PSA): 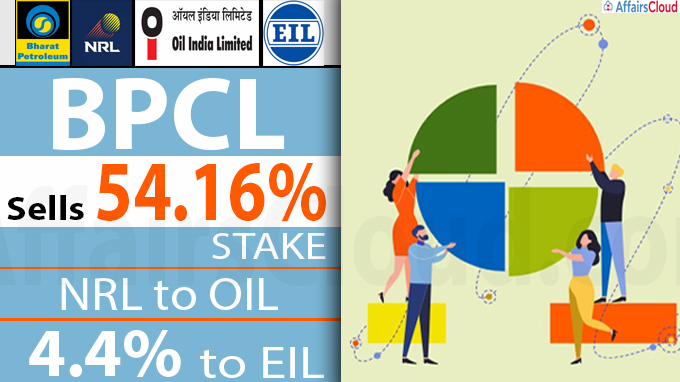 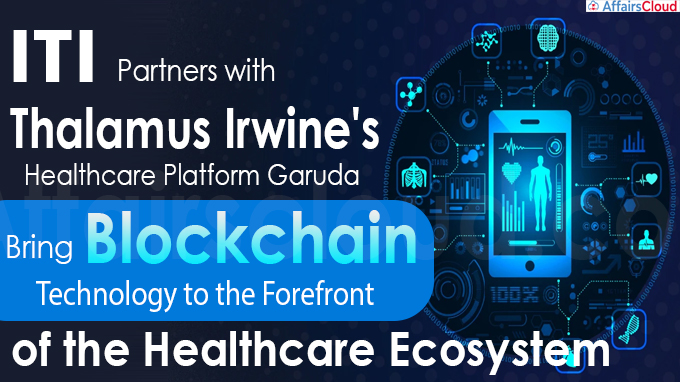 ITI Limited(ITI), the Indian telecom products manufacturing arm and Thalamus Irwine, Delhi based AI (Artificial Intelligence) Firm, have developed a first of its kind technology called Garuda Blockchain Platform for storing medical data on the blockchain. On March 25, 2021, they have demonstrated a working proof of concept (PoC) for the technology with 300 patients. 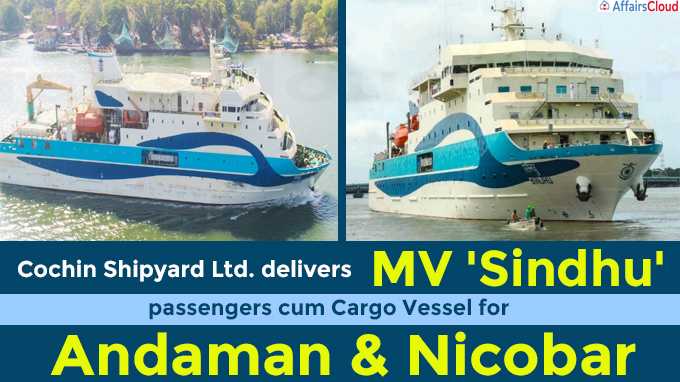 Reason for the Launch:

The plan is part of a larger strategy to develop infrastructure in Andaman and Nicobar Islands with state-run National Highways and Infrastructure Development Corp. Ltd (NHIDCL) been tasked with building bridges and roads at an investment of around Rs 3,000 crore. The debut book of Daribha Lyndem titled “Name Place Animal Things” examines the boundaries between the adult world and the world of a child. The book takes its name from a beloved school game.
The book is published by Zubaan Publishers Pvt. Ltd.

About the book:
i.The book features a young khasi woman who lives in the city of Shillong, Meghalaya in early 2000s.
ii.The book has interconnected stories that move through age, lives and places and covers the breadth of childhood and moves into the awareness of adulthood.
About Daribha Lyndem:
Daribha Lyndem is a writer and a civil servant from Shillong, Meghalaya who works with the Indian Revenue Service and a Deputy Commissioner of Customs.

I Am Malala: The Story of the Girl Who Stood Up for Education and was Shot by the Taliban – An autobiography of Malala Yousafzai 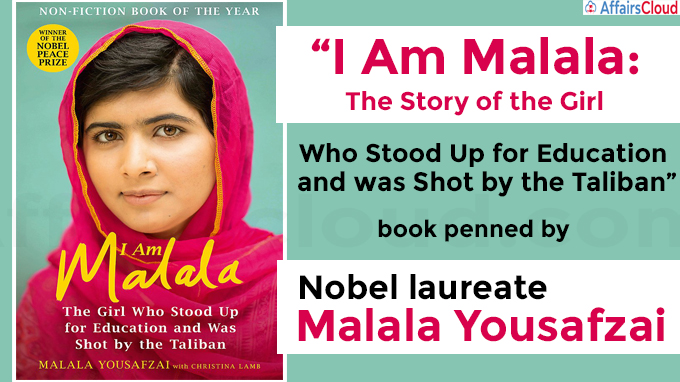 I Am Malala: The Story of the Girl Who Stood Up for Education and was Shot by the Taliban is an autobiographical book by Malala Yousafzai about herself. It was co-written by Christina Lamb and published on 8 October 2013, by Weidenfeld & Nicolson in the UK and Little, Brown and Company in the US.
About the book:
The book details the early life of Yousafzai, the rise and fall of the Tehrik-i-Taliban Pakistan and the assassination attempt made against Yousafzai, when she was aged 15, following her activism for female education.
Awards for the book: World Piano Day is annually observed across the globe on the 88th Day of the Year to celebrate the piano, piano performers, composers, piano builders, tuners and listeners.
The World Piano Day 2021 falls on the 29th March 2021.

Aim:
The day aims to create a platform for piano related projects to promote the development of musical dimensions and to share the joy of playing piano.
Background:
i.The celebration of piano day was the idea of the German pianist, composer and producer Nils Frahm.
ii.He launched the Piano day in 2015 and the First World Piano Day was celebrated on 29th March 2015.
Why 88th Day of the Year?
The World Piano Day is celebrated on the 88th Day of the year to celebrate the total number of keys (88) on a full-keyboard Piano. About the Animals and Birds in the Zoo: