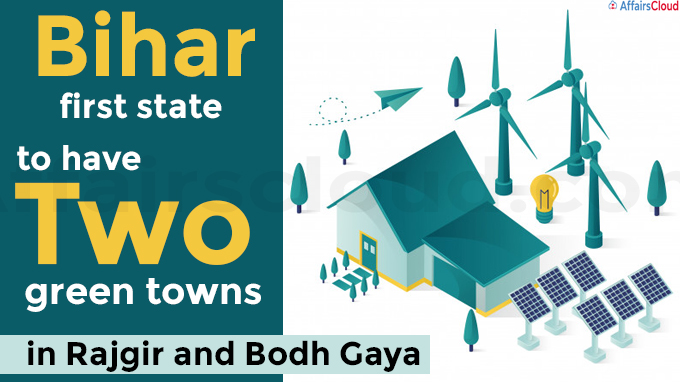 Bihar is set to become India’s 1st State to have 2 Green Energy Efficient towns, the 2 towns are Rajgir & BodhGaya. They will start getting Solar Energy through 1st of its kind Renewable energy project from 2023.

The excess solar energy generated by the proposed plants will be used to run the turbines for water supply and other power-driven works.

i.On February 12, 2021, Bihar State Pollution Control Board (BSPCB) signed a MoU with UNEP to develop a framework for achieving climate resilience & low-carbon development in the state by 2040. Bihar became the 1st Indian State to sign such an agreement.