We are here for you to provide the important Recent and Latest Current Affairs 30 April 2021, which have unique updates of Latest Current Affairs 2021 events from all newspapers such as The Hindu, The Economic Times, PIB, Times of India, PTI, Indian Express, Business Standard and all Government official websites. 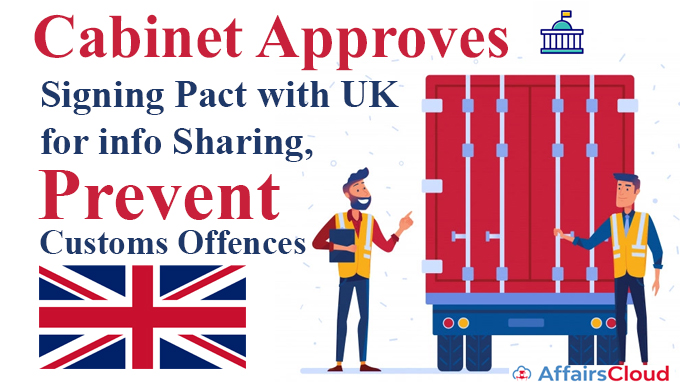 On April 28, 2021, The Union Cabinet chaired by Prime Minister Narendra Modi approved the signing and ratification of an Agreement between India & the United Kingdom of Great Britain and Northern Island (commonly known as the UK or Britain) on Customs Cooperation and Mutual Administrative Assistance in Customs Matters. 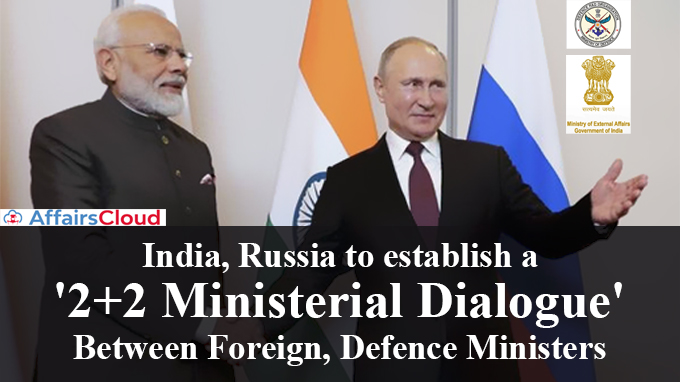 Indian Prime Minister (PM) Narendra Modi & Russian President Vladimir Putin have agreed to establish a ‘2+2 Ministerial Dialogue’ at the Foreign & Defence Minister level between the two countries. It is expected to boost the Bilateral Strategic partnership between India & Russia. 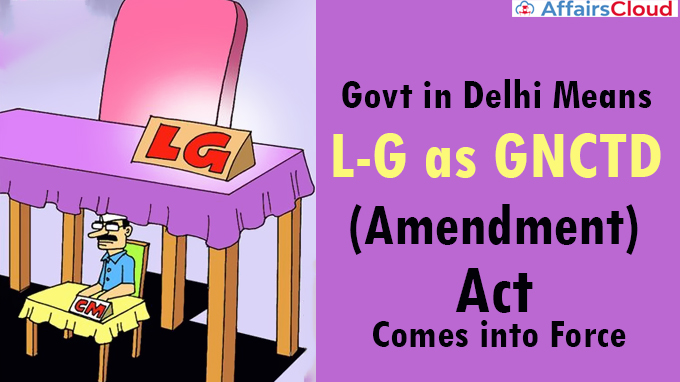 On 28th April, 2021, Ministry of Home Affairs (MHA) notified the ‘Government of National Capital Territory of Delhi (GNCTD) (Amendment) Act, 2021’. The provisions of the Act came into effect from April 27, 2021.

The oldest project of the Border Roads Organisation (BRO) was DANTAK, a project established on April 24, 1961 in Bhutan, by His Majesty the Third King and then Prime Minister Jawahar Lal Nehru. The Diamond Jubilee has been commemorated to mark the 60th anniversary of the project.This project was aimed at constructing motorable roads in the Kingdom of Bhutan. The government of Norway has announced a contribution of 20 million Norwegian Kroners(NOK)(~2.4 million USD or ~Rs.18 crore) to support the COVID-19 relief in India. The fund of Norway will be channelled through the World Health Organization(WHO) and the International Federation of Red Cross and Red Crescent Societies (IFRC). The United Kingdom(UK) government became the first country in the globe to permit self-driving cars on motorways after the announcement of its plan on April 28, 2021, to regulate the use of self-driving vehicles at slow speeds on motorways.
Key points: On April 28, 2021, The board of Axis Bank approved the reclassification of New India Assurance Co Ltd (NIACL) from promoter category to public category investor. Ministry of Finance, Government of India(GoI) retained the General Provident Fund (GPF) and other non-government PF, Gratuity funds interest rate unchanged at 7.1 per cent for the first quarter Q1 of FY22.

On April 29, 2021, ICICI Bank launched ‘Merchant Stack’, a digital banking services as a continuation of its ‘ICICI Stack’, for retail merchants especially for the Micro, Small and Medium Enterprises (MSMEs) and Entrepreneurs.
Important components of the ‘Merchant Stack’: 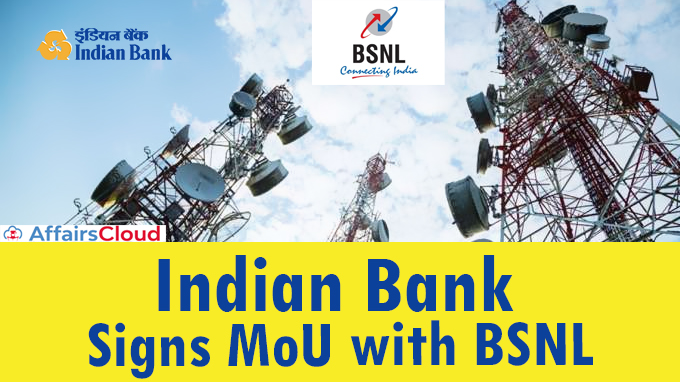 Indian Bank signed a Memorandum of Understanding(MoU) with Bharat Sanchar Nigam Limited(BSNL) to provide telecom services to the bank at a competitive rate.
The MoU was signed in the presence of the executive director of Indian Bank and chief general manager of BSNL Chennai Telephones.
Note:
Indian bank already uses the service of BSNL and Mahanagar Telephone Nigam Ltd (MTNL) for the Wide Area Network (WAN) across India.
Additional info:
i.At present, BSNL and its subsidiary MTNL are connecting more than 5000 branches and ATM of Indian bank including the Allahabad banks which were recently merged with Indian Bank.
ii.BSNL is the only telecom service that connects branches and ATMs in rural and remote locations across India.
About Indian Bank:
MD & CEO- PadmajaChunduru
Executive Director– ShenoyVishwanath V
Headquarters– Chennai, Tamil Nadu
Founded in– 1907
About Bharat Sanchar Nigam Limited (BSNL):
BSNL was formed by the corporatization of the Department of Telecom Services and came into being on 1st October 2000.
CMD– Pravin Kumar Purwar
Headquarters– New Delhi

Wipro Ltd regained its position as the third-largest Indian IT services company by market capitalization(market-cap) of Rs 2.65 trillion by surpassing Noida-headquartered HCL Technologies’ Rs 2.62 trillion market cap. TCS remains at the top of the list of IT companies with a market cap of Rs11.51 trillion, followed by Infosys with Rs5.73 trillion market cap. 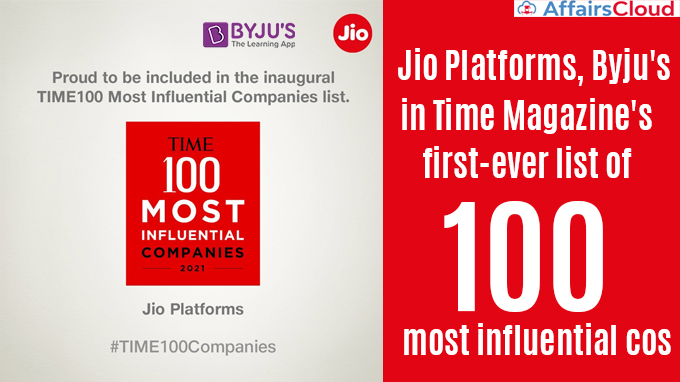 Reliance Industry Limited’s (RIL) technology wing Jio Platforms and e-learning startup Byju’s have made it to the TIME Magazine’s first-ever list ‘TIME100 Most Influential Companies’, which is an expansion of the TIME100 franchise.
The key factors considered for evaluation are,

About TV Somanathan:
i.TV Somanathan is a 1987 batch IAS officer of Tamil Nadu cadre. Somanathan was awarded the Gold Medal for the Best IAS trainee of his cohort.
ii.Somanathan was appointed as the Secretary,Department of expenditure(DoE)in finance ministry in December 2019.
iii.Prior to that, he was serving as a principal secretary in Tamil Nadu cadre.
iv.Earlier, he has served as a joint secretary in the Prime Minister’s Office.
About Ministry of Finance:
Union Minister: Nirmala Sitharaman
Minister of State(MoS): Anurag Singh Thakur
Secretary, Department of Financial Services: Debasish Panda
Secretary, Department of Investment and Public Asset Management (DIPAM): Tuhin Kanta Pandey
Secretary of Department of Economic Affairs: Ajay Seth On 29th April 2021, the board of Axis Bank approved the re-appointment of Amitabh Chaudhry as the Managing Director(MD) and Chief Executive Officer(CEO) of Axis Bank for a period of 3 years, with effect from January 1, 2022 up to December 31, 2024. 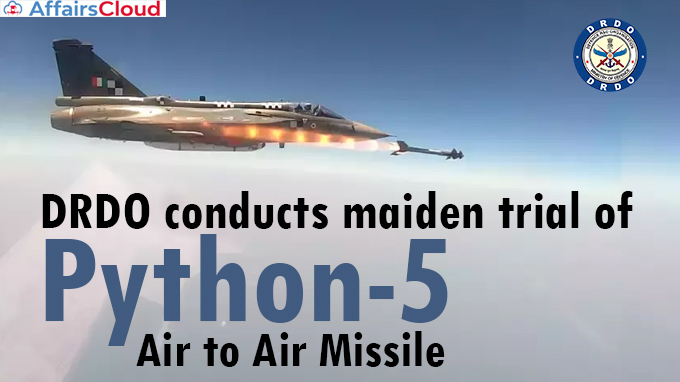 Microsoft and the United Kingdom(UK)’s Met Office are collaborating to build the world’s most powerful weather and climate forecasting supercomputer in the UK. It is likely to be operational in 2022.
The Met Office has signed an agreement with Microsoft for the provision of a leading supercomputing capability to enhance weather and climate forecasting.
This state of the art supercomputer will be developed at a cost of 1.2 billion pounds(~ ₹12,400 crore). 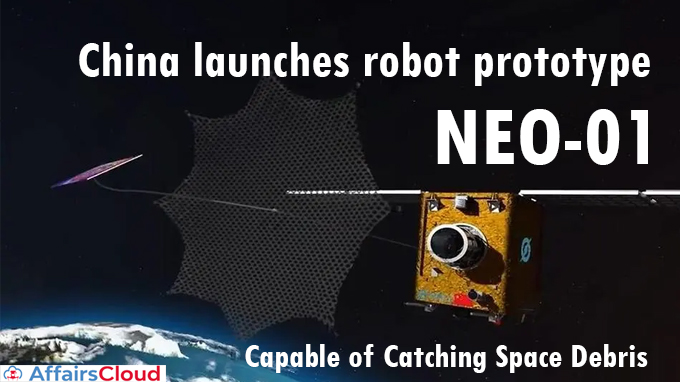 NEO-01
Thousands of satellites have been launched globally; as they outlive their use they end up as junk and pose risk to other operating satellites.

Mohan M Shantanagoudar, the sitting judge of the Supreme Court passed away at the age of 63 in Gurugram, Haryana. He was born on 5th May 1958 hails from Dharwad in North Karnataka. He has been serving as the Supreme Court Justice since 17th February 2017 and was set to retire on 4th May 2023. 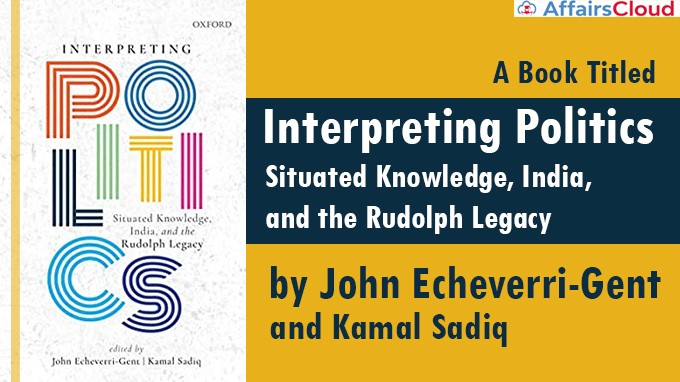 The new book titled “Interpreting Politics: Situated Knowledge, India, and the Rudolph Legacy” pays tribute to the Padma Bhushan award winners Lloyd and Susanne Rudolph who elaborated the seminal insights about Indian politics.
The book was edited by John Echeverri-Gent and Kamal Sadiqand published by OUP India.
About the book:
i.The book discusses the works of Lloyd and Susanne Rudolph and provides an understanding of the rise of Narendra Modi and the transformation of Indian Politics.
ii.This also offers the analysis of trends in political mobilization in India.
iii.The book also features the contributions from an international group of leading scholars of Indian Politics.
About the Authors:
John Echeverri-Gent:
John Echeverri-Gent is an associate professor in the Department of Politics at the University of Virginia.
Books:

Kamal Sadiq:
i.KamalSadiq is an associate professor of political science at the University of California, Irvine.
ii.He is a member of the editorial board of the Journal ‘Citizenship Studies’. 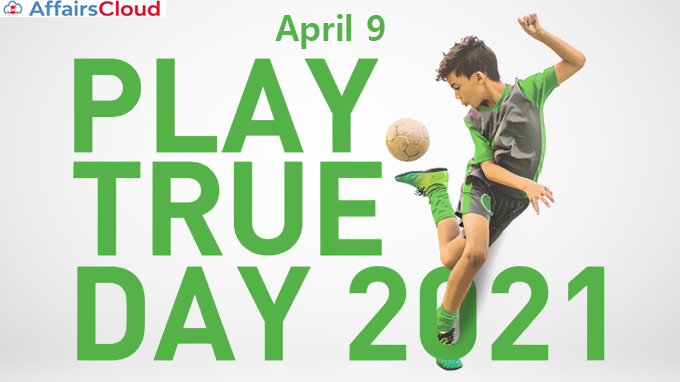 Punjab Cabinet approved the hike in Ashirwad Scheme aid from Rs.21000 to Rs.51000 The cabinet of Punjab approved the hike in Ashirwad Scheme from Rs 21000 to Rs 51000 per beneficiary for the marriage of women of low-income families. The cabinet has also directed to clear all the pending dues. The increase in financial aid will come into effect from 1st July 2021.

About Ashirwad Scheme:
i.The Ashirwad Scheme, previously known as Shagun Scheme, provides financial assistance for the wedding of women from Scheduled Caste (SC), Christian, Backward Class women, daughters of widows of any caste and SC widows.
ii.The scheme is also applicable for Muslim girls of age 18 or above.
iii.The aid under the scheme is limited to only 2 girls from one family.
Eligibility:
The families with an annual income of not more than Rs 32790 from all sources are eligible to avail the benefits under the Ashirwad Scheme.
Previous hike:
In 2017 the cabinet approved the hike in Ashirwad Scheme from Rs 15000 to Rs 21000.