iii.Under Pilgrimage Rejuvenation and Spiritual, Heritage Augmentation Drive (PRASHAD) Scheme, announced in 2014, the Ministry of Tourism is developing 40 major places of pilgrimage out of which, 15 are already completed. In Gujarat, work is on for three projects worth around Rs.180 crore.

Ubharte Sitaare Fund (USF)
i.Objective: To identify and Invest in small and mid-sized companies in the Manufacturing and Services sector with good Export potential that could be future champions of export & handhold them through the growth phase.
ii.The Fund would invest by way of equity, and equity like products in export-oriented units, both in the manufacturing and services sectors, across the country
About Small Industries Development Bank of India (SIDBI)
Establishment – April 1990.
Chairman & Managing Director – Sivasubramanian Ramann
Headquarters– Lucknow, Uttar Pradesh
About Export and Import (EXIM) Bank of India
Establishment – 1982
Deputy Managing Director – Harsha Bangari, N.Ramesh
Headquarters – Mumbai, Maharashtra
Regulated by Reserve Bank of India
>>Read Full News India’s first smog tower launched in Delhi as a pilot project by the Chief Minister Arvind Kejriwal at Baba Kharak Marg, Connaught Place.It was developed by  IIT-Delhi and IIT- Bombay.
Objective – To improve the air quality.
Nodal Agency – Delhi Pollution Control Committee(DPCC).
About the Smog Tower:
i.The new tower- It is about 20m tall, set up to improve the air quality in a radius of around 1 km.
ii.Financial Outlay-The tower was built at the cost of INR 20 crores, which was financed by the government of Delhi.
iii.The towers have 1200 air filters. Which are developed by experts of University of Minnesota of the United States.
iv.Working Process:

v.IIT-Delhi and IIT- Bombay were the technical advisors for the project.The Performance Report on a monthly basis will be presented by the scientists of Delhi Pollution Control Committee(DPCC).
vi.This smog tower has the capacity to purify 1000 cubic metres of air per second and it is estimated that it will reduce PM2.5 concentration by around 70%.
Other Development: 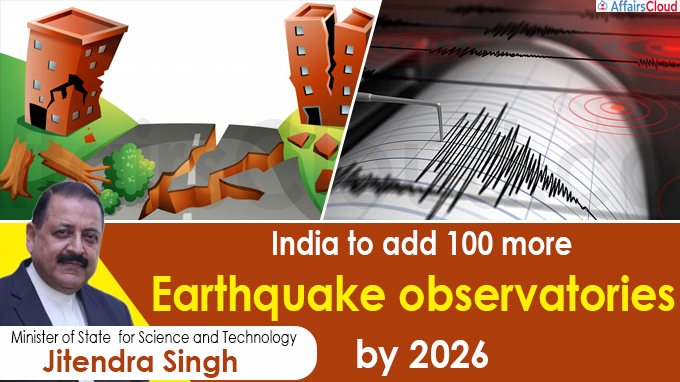 The joint Scientific assembly 2021 of International Association of Geomagnetism & Aeronoy (IAGA) and International Association of Seismology & Physics of the Earth’s interior (IASPEI) was hosted by Council of Scientific & Industrial Research-National Geophysical Research Institute (CSIR-NGRI) and the Indian National Science Academy (INSA) in association with the Ministry of Earth Sciences, Government of India India to host 2nd UNWGIC in 2022 at Hyderabad, Telangana 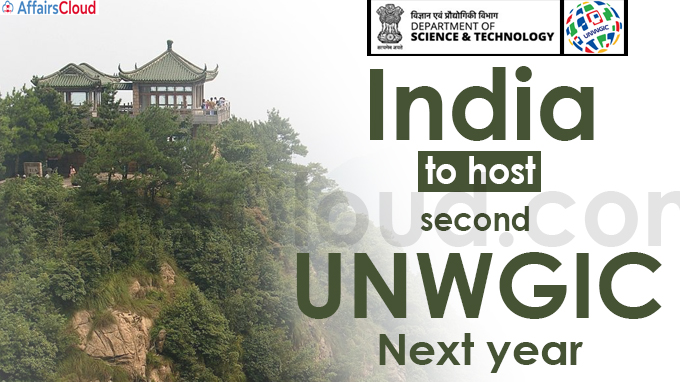 India is all set to host the 2nd United Nations World Geospatial Information Congress (UNWGIC) in October 2022 in Hyderabad, Telangana on the theme ‘Towards Geo-enabling the Global Village’. It will be organized as a part of ‘Azadi Ka Amrit Mahotsav (Celebration of 75 Years of Indian Independence)’. 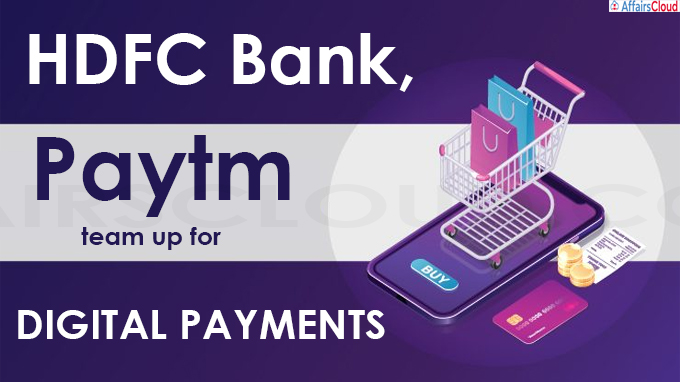 HDFC Bank Ltd, India’s largest private bank, and Paytm, made a partnership to share their network and provide digital lending and payment solutions for consumers and merchants across India.

Key Points:
i.Under the partnership, HDFC Bank will act as the payment partner, while Paytm will be the distribution and software partner.
ii.A co-branded point of sale (POS) product in the retail segment was jointly launched by Paytm and HDFC Bank. The product would be offered by Paytm to its customer base.
iii.They will provide the payment gateway and POS solutions for Indian merchant partners such as Paytm Postpaid (a Buy Now Pay Later (BNPL) solution), Eazy EMI, and Flexi Pay.
iv.Through the tie-up, Paytm will offer its existing range of Android POS devices to the merchants who are in partnership with HDFC Bank. HDFC Bank will also sell Paytm’s payment solutions.
v.Enhanced SmartHub solution will be delivered through the partnership.

vi.The partnership was made prior to the proposed Initial Public Offering (IPO) of Paytm, through which it plans to raise Rs 16,600 crore within 2021.
vii.Customer base: Paytm has more than 333 million users and 21 million merchants on its platform. HDFC Bank has more than 50 million credit card and debit card customers.
About HDFC Bank:
It was the 1st bank to receive approval from the Reserve Bank of India (RBI) to set up a private sector bank.
Establishment – 1994
Headquarters – Mumbai, Maharashtra
MD & CEO – Sashidhar Jagdishan
About Paytm:
Headquarters – Noida, Uttar Pradesh
Founder & CEO – Vijay Shekhar Sharma 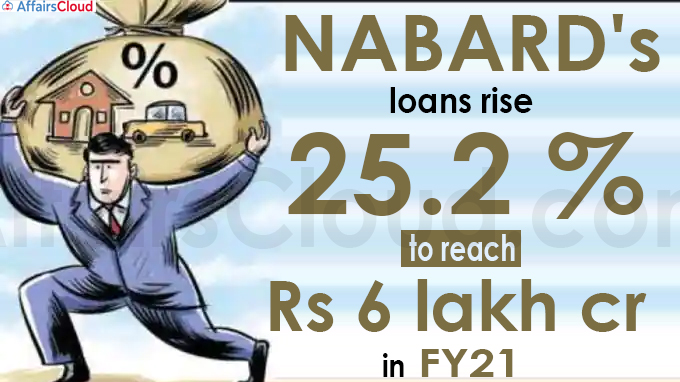 As per the annual report of the National Bank for Agriculture and Rural Development (NABARD) for FY21, the total loans and advances extended by it in FY21 grew by 25.2 percent year-on-year (YOY) compared with 11.5 percent of FY20. 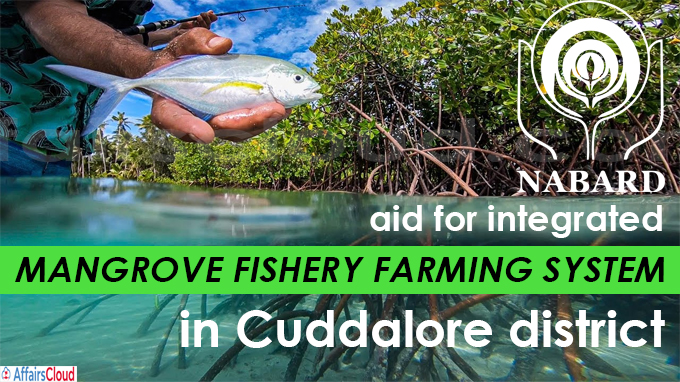 What is IMFFS?
Under IMFFS, mangroves are integrated with fish culture wherein conventional earthen aquaculture ponds are modified to provide about 30% of the area for raising mangroves and the remaining for fish cultivation.

Key Points:
i.The project is being implemented on 2.10 hectares of land in Mudasalodai village by involving traditional and Irula fishers from Mudasalodai and Kalaignar coastal hamlets in Pichavaram.
ii.The farm pond is designed in a mitochondrial pattern and is a tide-fed pond. 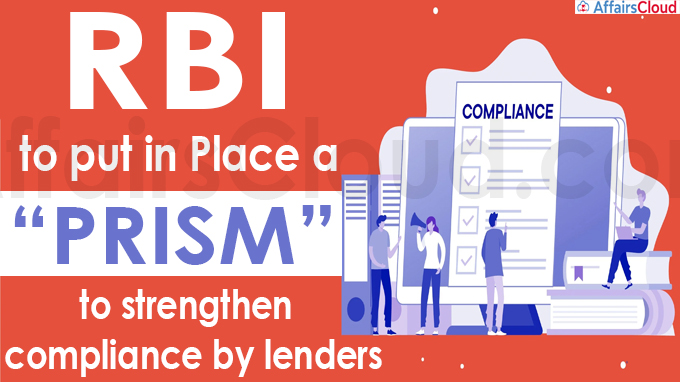 The Reserve Bank of India (RBI) has introduced a web-based and end-to-end workflow automation system named ‘Platform for Regulated Entities for Integrated Supervision and Monitoring’ (PRISM) to strengthen the compliance of the entities that are supervised by RBI. 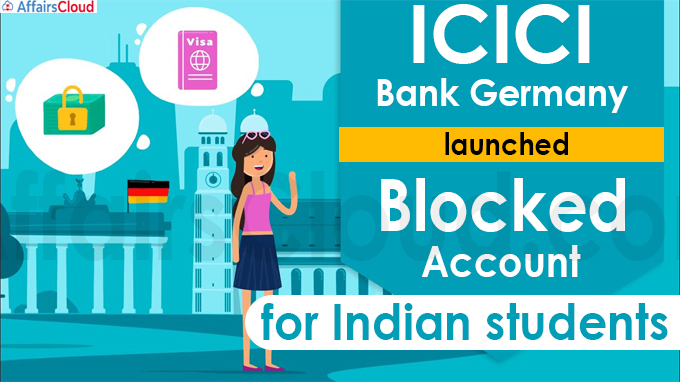 Constitutional Articles
Article 153-There shall be a Governor for each state”
Provided that nothing in this article shall prevent the appointment of the same person as Governor for two or more States.
Article 155- The Governor of a State shall be appointed by the President by warrant under his hand and seal.
Article 156-  TERM OF OFFICE OF GOVERNOR
(1) The Governor shall hold office during the pleasure of the President.
(2) The Governor may, by writing under his hand addressed to the President, resign his office.
About Manipur
Chief Minister: Nongthombam Biren Singh
Wildlife Sanctuary : Yangoupokpi-Lokchao Wildlife Sanctuary,
Khongjaingamba Ching Wildlife Sanctuary
Festivals:Yaoshang ,Kut-Festival Of Kuki-Chin-Mizo ,Gang-Ngai-Festival Of Kabui Nagas

Appointments Committee of the Cabinet (ACC) has appointed Kamlesh Kumar Pant, a 1993-batch IAS officer of Himachal Pradesh cadre, as the new chairman of National Pharmaceutical Pricing Authority (NPPA) with immediate effect. He replaces the current chairman Shubhra Singh, who has been repatriated to Rajasthan.

About NPPA:
NPPA under the Department of Pharmaceuticals (DoP), Ministry of Chemicals & Fertilizers is an independent regulator for the pricing of drugs.
Headquartered– New Delhi
Established on 29th August 1997. 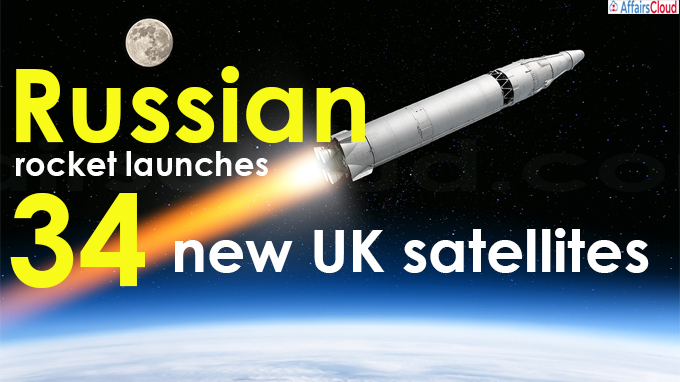 Key Points
i.OneWeb is aiming to launch a total of 648 satellites to provide high-speed internet connectivity to customers around the world (SpaceX’s Starlink internet constellation is expected to have around 12,000satellites).
ii.OneWeb resumed satellite launches in December, 2020 after emerging from bankruptcy protection with USD 1 billion in equity investment from a consortium of the British government and India’s Bharti Enterprises. Features of NeoBolt:
i.The maximum speed of NeoBolt is about 25 kmph and it travels up to 25 km per charge. It is powered by a lithium-ion battery.
ii.The team has already commercially launched similar kind of mortorised wheelchair ‘Neofly’. The Neofly is converted into NeoBolt with added safety and comfort features.
iii.Convenient and low cost:  NeoBolt will be convenient, safe for wheelchair users, it will also be a ‘low-cost mode’ of outdoor mobility (compared with cars, auto rickshaws or modified scooters).

iv.It has suspensions to absorb the shocks and it will enable the user to navigate all kinds of terrain.
Note – Around 3 lakh wheelchairs are sold annually in India, of which 2.5 lakh are imported. The innovation will overcome this high rate of import.
About Indian Institute of Technology Madras (IIT Madras):
Director – Bhaskar Ramamurthi
Location – Chennai, Tamil Nadu Former Indian Footballer Syed Shahid Hakim, a part of the Indian Football team during the 1960 Rome Olympics, has passed away in Gulbarga, Karnataka. He was born in Hyderabad, British India.He was popularly known as ‘saab’.

About Syed Shahid Hakim:
i.He has served as the coach of several teams including the Mahindra & Mahindra (Now Mahindra United), Salgaocar and Hindustan FC and Bengal Mumbai FC(2004-2005).
ii.He was a FIFA badge holder international referee who officiated more than 33 international games including the AFC Asian Cup matches in 1988(Qatar).
iii.He has served as the Chief Project Director at the Sports Authority of India(SAI).
iv.He was honoured with the Dhyan Chand Award for Life Time Achievement in Sports and Games in 2017. He became the 2nd footballer after Shabbir Ali to win the award. About the Subhadra Sen Gupta–
Sen was the winner of Sahitya Akademi’s Bal Sahitya Puraskar 2015 award.
Famous Books-Mystery of the House of Pigeons ,Twelve O’Clock Ghost Stories, ‘Jodh Bai’ and ‘A Clown for Tenali Rama 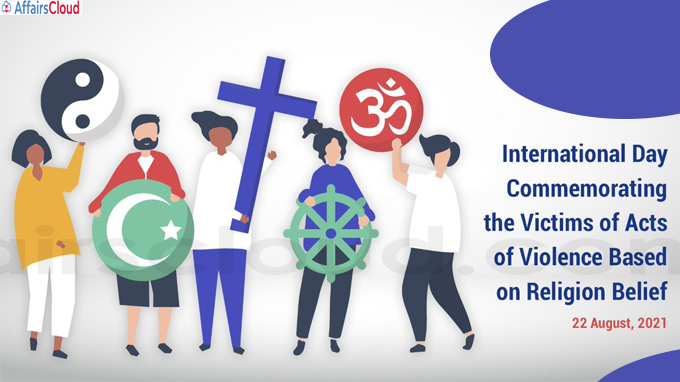 The United Nations(UN)’s International Day Commemorating the Victims of Acts of Violence Based on Religion or Belief is annually observed across the globe on 22nd August to commemorate the victims of the violence based on religion or belief. The day also recognises the importance of supporting the victims and members of their families and providing assistance following applicable law. 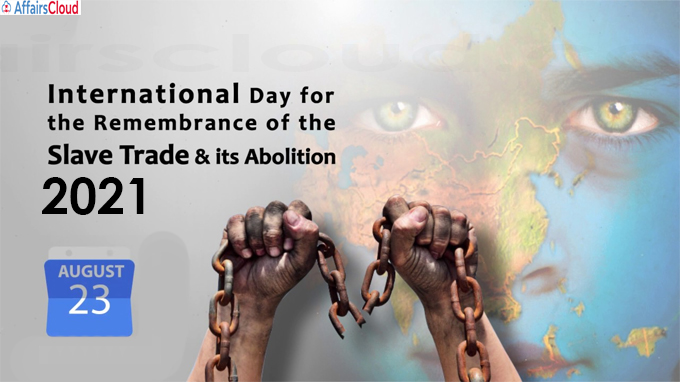 The United Nations (UN)’s International Day for the Remembrance of the Slave Trade and its Abolition is annually observed across the globe on 23rd August to remember the tragedy of the slave trade across the globe during colonial rule. 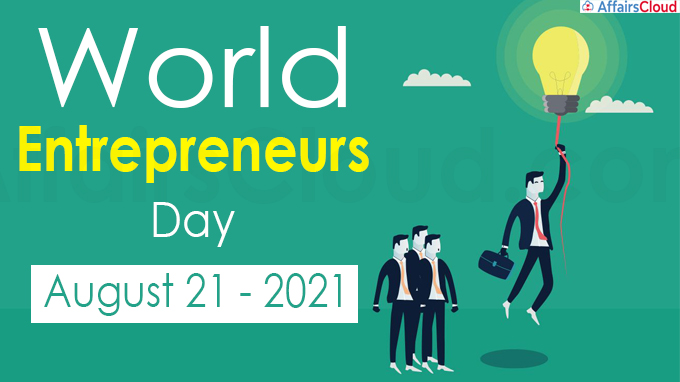 World Entrepreneurs’ Day(WED) is annually observed across the globe on 21st August to create awareness about entrepreneurship, innovation and leadership among the stakeholders.
The day also recognises and celebrates the efforts of individuals who start a business venture.