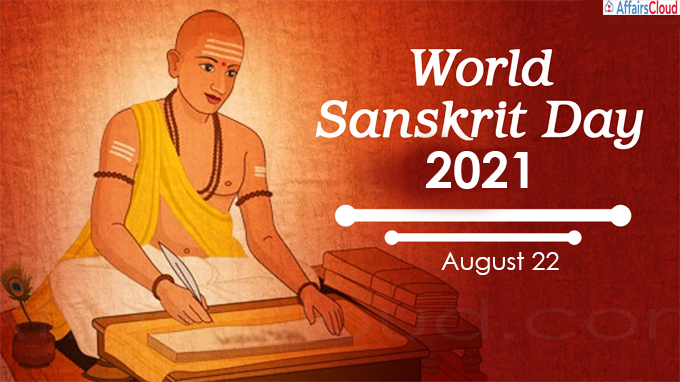 World Sanskrit Day, also known as Vishva-Samskrita-dinam and Sanskrit Diwas, is annually observed on ‘Sawan Poornima’ to create awareness, promote and revive Sanskrit, one of the ancient Indian languages.

i.In 1969, The government of India declared to celebrate World Sanskrit day on Sawan Poornima, which also marks the occasion of Raksha Bandhan.

ii.The Ministry of Education has issued instructions to celebrate Sanskrit Day at the Central and State levels.

i.World Sanskrit week is annually observed across the globe to promote and celebrate one of the ancient Indian languages ‘Sanskrit’. The week on which Sanskrit day falls is celebrated as Sanskrit week.

i.Sanskrit language, one of the Indo-European(Indo-Aryan) Group of languages, has been designated as a classical language which is recognised for its scientific composition and high demand across the globe.

iii.Sanskrit is also known as Dev Vani, God’s Language, which traces back to the 2nd millennium BCE.

iv.Sanskrit was declared as the 2nd official language of Uttarakhand.