We are here for you to provide the important Recent and Latest Current Affairs 18 September 2020, which have unique updates of Latest Current Affairs 2020 events from all newspapers such as The Hindu, The Economic Times, PIB, Times of India, PTI, Indian Express, Business Standard and all Government official websites. 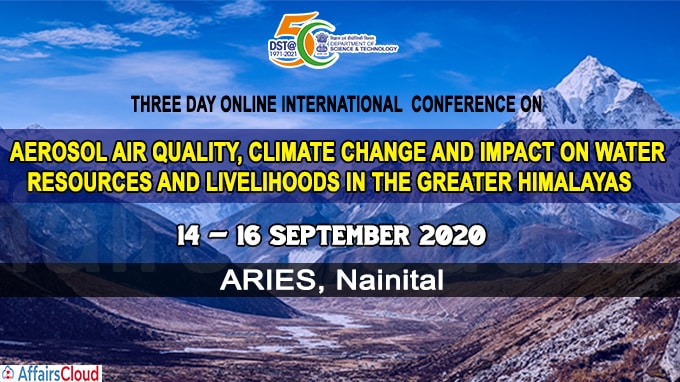 Aryabhatta Research Institute of Observational Sciences  (ARIES), Nainital an autonomous research institute under Department of Science and Technology  (DST), Ministry of Science and Technology, and Hemvati Nandan Bahuguna Garhwal University (HNBGU), a central university in Srinagar,  Pauri Garhwal, Uttarakhand jointly organized an International Conference on ‘Aerosol Air Quality, Climate Change and Impact on Water Resources and Livelihoods in the Greater Himalayas’ at ARIES, Nainital from September 14-16, 2020.
i.The International Conference will discuss the effect of Aerosols on the Himalayan Regions in India, Nepal and Bangladesh.
ii.The Conference has  been organized as part of the celebrations of the Golden Jubilee  Commemoration Year of DST. It is the first online international conference to be held  at ARIES, Nainital during the Pandemic.
About Aryabhatta Research Institute of Observational Sciences(ARIES):
Director – Dipankar Banerjee
Location – Manora Peak, Nainital, Uttarakhand, India.
<<Read Full News>> 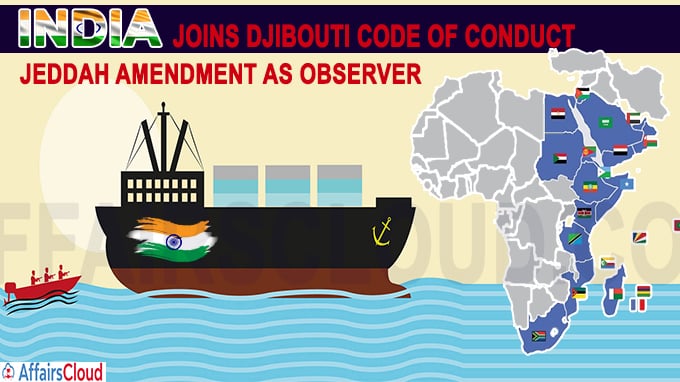 i.On the lines of the high level meeting of the Djibouti Code of Conduct/ Jeddah Amendment (DCOC/JA) held virtually on 26 August 2020, India has joined the DCOC/JA Amendment, as Observer in order to collaborate with DCOC/JA member states towards for enhancing maritime security in the Indian Ocean Region (IOR).
ii.With this, India joins Japan, Norway, the United Kingdom (UK) and the United States (US) as Observers to the DCOC/JA.
iii.Adopted in January 2009, DCOC/JA is a grouping on maritime matters aiming to prevent piracy and armed robbery against ships in the Red Sea, Gulf of Aden, the East coast of Africa and Island countries in the IOR.
About Djibouti:
Capital– Djibouti
Currency– ‎Djiboutian franc‎ (‎DJF‎)
President– Ismail Omar Guelleh
About International Maritime Organization (IMO):
Secretary-General– Kitack Lim
Headquarter– London, United Kingdom (UK)
Members States– 174 and 3 Associate Members
<<Read Full News>> 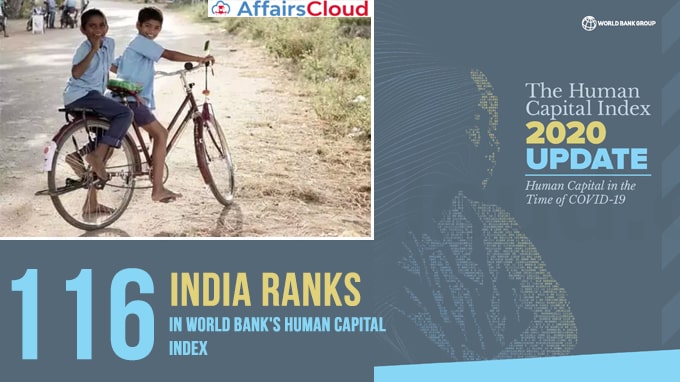 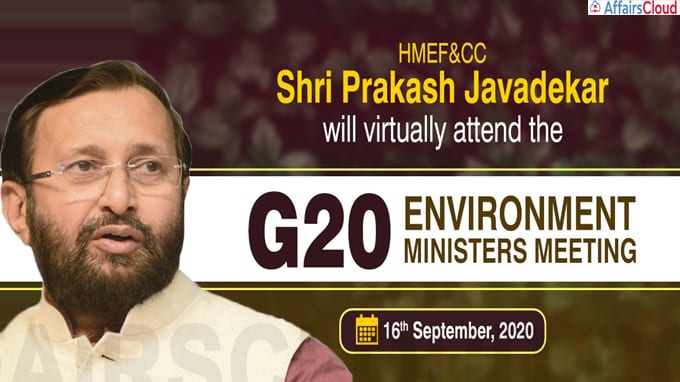 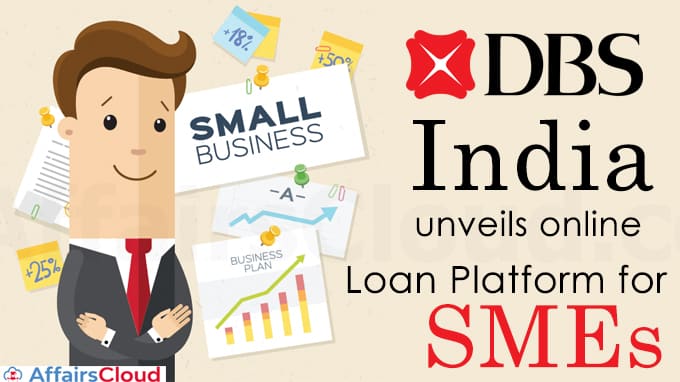 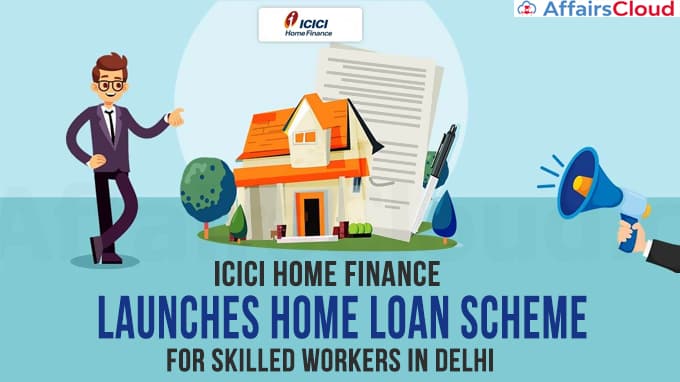 On 16th September 2020, The ICICI Home Finance launched “Apna Ghar Dreamz”, its new home loan scheme for skilled laborers like electricians, mechanics, painters, grocery store owners etc in the informal sector of Delhi.
Features:
i.The credit amount of this loan ranges from Rs 2.lakh to 50 lakhs.
ii.This scheme targets the people of the informal sector without all the documents which are required to get a loan from a formal financial institution.
iii.The customers can utilise the benefits of the Pradhan Mantri Awas Yojana (PMAY), a credit-linked subsidy scheme (CLSS) for Lower Income Groups/ Economically Weaker Sections (EWS/LIG) and Middle Income Groups (MIG – I & II).
Note:
Under the PMAY-CLSS, the borrowers are eligible for a subsidy of Rs.2.67 Lakh(maximum).
Documents Required & Eligibility:
i.This scheme avails a special 20 year tenure loan which requires documents like, PAN, Aadhar and bank statement of past 6 month.
ii.Customers should have a minimum account balance of Rs.1,500  for loan upto Rs.5 lakh and Rs.3000 for loan above 5 lakh. 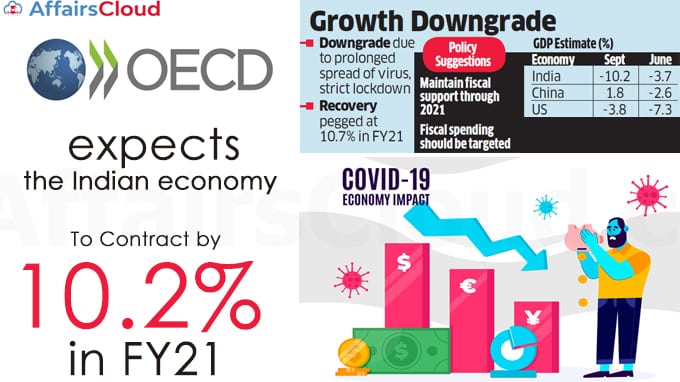 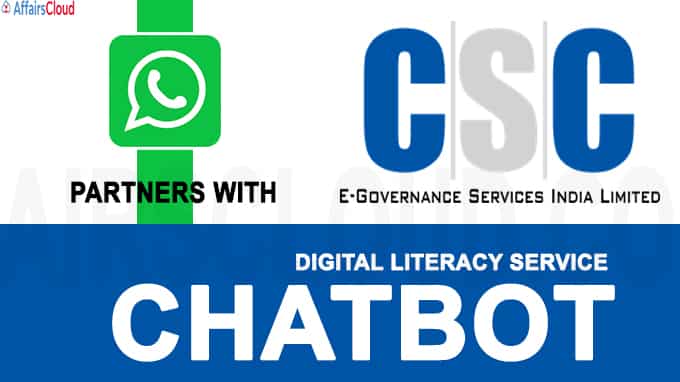 i.On September 17, 2020, WhatsApp has partnered with Common Services Centers (CSC) for a WhatsApp chatbot to empower rural communities by providing digital skills at their doorstep, and to create livelihood through promotion of rural entrepreneurship.
ii.This partnership aims to provide cost-effective video, voice and data content and services, in the areas of e-governance, education, health, telemedicine, entertainment as well as other private services.
iii.People can send a “Namaste” at CSC Academy’s official WhatsApp account +91 99991 89321, to access details and course modules of flagship programmes.
About Whatsapp:
Owner– Facebook
Founders– Jan Koum and Brian Acton
<<Read Full News>> i.On 16th August 2020, The Michelin Star Chef Vikas Khanna received the 2020 Asia Game Changer Award from Asia Society, a United States based non-profit organisation for feeding millions of people across India amid the ongoing COVID-19 pandemic, by coordinating a food distribution drive from Manhattan.
ii.He is the only Indian among the six awardees who were recognised by the Asia Society.
iii.The awards will be presented to the honourees over a virtual ceremony which will be held in October 2020 as a global virtual event hosted from New York.
About Asia Society:
President and CEO– Ambassador Josette Sheeran
Headquarters– New York, United States of America.
<<Read Full News>> 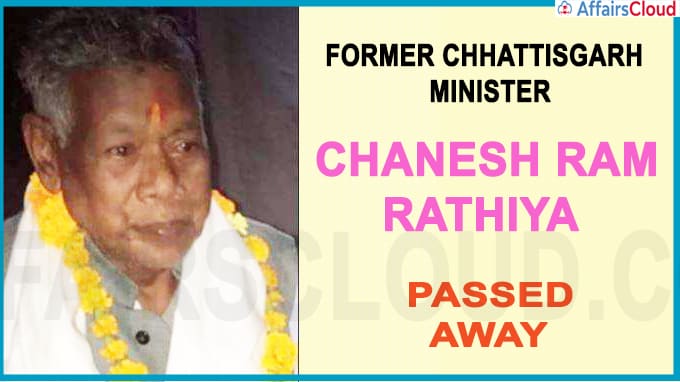 On September 14, 2020 Chanesh Ram Rathiya, Veteran Congress leader and former Chhattisgarh minister, passed away at the age of 78 due to COVID-19 at a hospital at Raigarh, Chhattisgarh. He was a prominent leader from the tribal society of north Chhattisgarh.
About Chanesh Ram Rathiya
i.In 1977, he was elected for the 1st time as an MLA from Dharamjaigarh constituency in the then undivided Madhya Pradesh. He subsequently received 5 additional assembly elections from the same seat.
ii.He served as the minister of animal husbandry in the Digvijay Singh led-Congress government in erstwhile Madhya Pradesh.
iii.After the formation of Chhattisgarh in 2000, he served as the food and civil supplies minister in the Ajit Jogi government (2000-2003).
Note– Laljeet Singh Rathiya, his elder son is the current congress legislator from Dharamjaigarh seat in Chhattisgarh.

Padma Shri P R Krishnakumar, Expert in Ayurveda Passed Away at 69 due to COVID-19 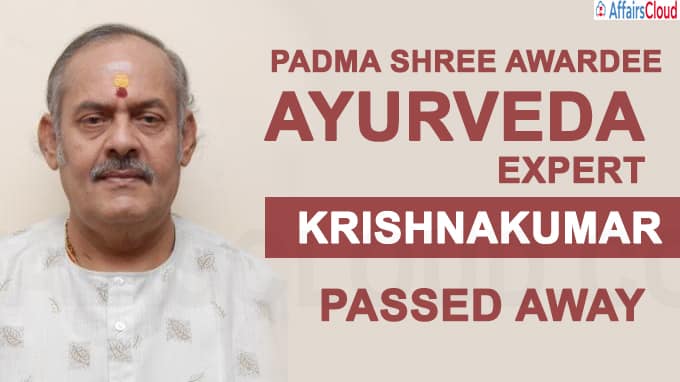 On 16th September 2020, Padma Shri P R Krishnakumar, Chancellor of Avinashilingam Institute for Home Science and Higher Education for Women and Managing Director of Arya Vaidya Pharmacy Limited, Coimbatore passed away at the age of 69 at Coimbatore due to Coronavirus infection. He was born on 23rd September 1951 at Shoranur, Kerala.
About P R Krishnakumar:
i.P R Krishnakumar was the key person in the preparation of Ayush protocol.
ii.He started the first ever clinical research in traditional medicines under the partnership of the World Health Organization(WHO) and Indian Council of Medical Research (ICMR) in 1977.
iii.The clinical research studies the success rate of Ayurvedic treatment of Rheumatoid arthritis.
iv.He served as the chairman of Confederation for Ayurvedic Renaissance- Keralam Limited (CARe-Keralam Ltd).
Awards:
i.He received the Padma Shri in 2009 for contribution towards ayurveda.
ii.He received the ‘Dhanvantari Puraskar’ in 2016 for his contribution towards Ayurveda Education, Health and Community service. 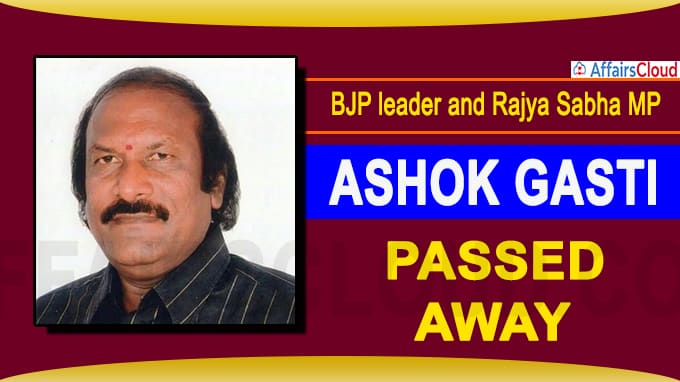 On September 17, 2020 Ashok Gasti, a Bharatiya Janata Party (BJP) Rajya Sabha MP (Member of Parliament) from Karnataka, passed away of COVID-19 at a private hospital in Bengaluru, Karnataka. He was around the age of 55. The BJP Karnataka leader was born in 1965 and belonged to Raichur district, Karnataka.

Key Info about Ashok Gasti
i.Ashok Gasti is an advocate by profession from the barber community.
ii.He is credited for organising the BJP in Raichur district.
iii.He served as the chairman of Karnataka Backward Classes commission in 2012.
iv.He was elected to the Upper House on June 12, 2020 along with Iranna Kadadi of the BJP. 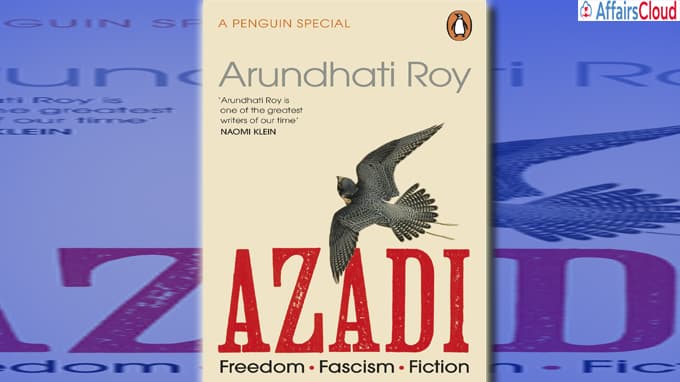 Arundhati Roy’s new book titled “Azadi: Freedom. Fascism. Fiction” is published by Penguin Books Limited. The nonfiction book is a collection of essays that shows the meaning of Freedom in the world of increasing authoritarianism.
About Azadi:
i.The word Azadi means Freedom in Urudu, the slogan Azadi! Was used in the freedom struggle in Kashmir which was also used against the Hindu Nationalism Projects of India.
ii.The essay collection includes meditations on language and roles of fiction and alternative imagniations amid global pandemic due to COVID-19.
About Arundhati Roy:
i.Arundhati Roy hails from Shillong, Meghalaya.
ii.Her books have been translated to more than 40 languages.
Awards:
i.Arundhati Roy won the Man Booker Prize in 1997 for her debut novel “The God of Small Things”.
ii.She also won Lannan Foundation Cultural Freedom Prize in 2002 and Norman Mailer Prize for Distinguished Writing in 2011 and Ambedkar Sudar award in 2015.
Books:
i.Her bestselling books includes My Seditious Heart and The Ministry of Utmost Happiness
ii.She co-authored the book “Things That Can and Cannot Be Said” with John Cusack. 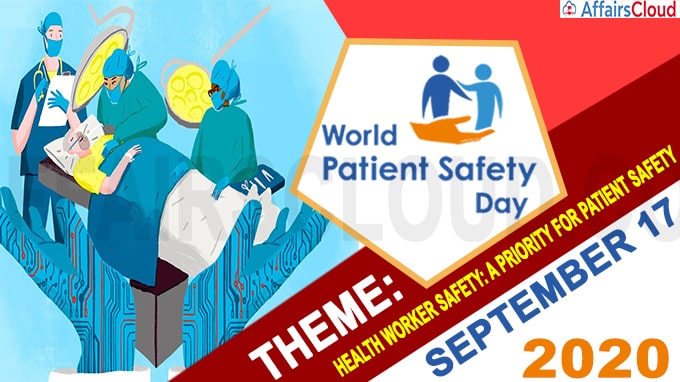 i.On September 17, 2020, Maharashtra Cabinet approved the implementation of Balasaheb Thackeray Road Accident Insurance Scheme with an annual outlay of Rs 125 crore to provide timely medical and financial aid to the road accident victims during the golden hour i.e. initial 72 hours. In this regard, an expenditure of up to Rs 30,000 will be borne by the State for 74 enlisted medical procedures.
ii.The announcement regarding this was made by the state Health Minister Rajeshbhaiyya Tope.
iii.This scheme has been launched to commemorate the founder of the Shiv Sena and father of the current Chief Minister (CM) of the state Uddhav Bal Thackeray.
About Maharashtra:
Capital– Mumbai
Governor– Bhagat Singh Koshyari
<<Read Full News>>

i.On September 16, 2020 Bookanakere Siddalingappa(B.S.) Yediyurappa, Chief Minister(CM) of Karnataka has launched ‘Arthika Spandana’ programme to disburse loans of Rs 39,300 crore through various cooperative institutions.
ii.Under this scheme, Rs 15,300 crore will be disbursed to the agriculture sector and the remaining sum of Rs 24,000 will be earmarked for the non-agricultural sector.
About Karnataka:
Airports– Kempegowda International Airport(recently in news), Mangalore International Airport(recently in news)
UNESCO World Heritage Site– Group of Monuments at Hampi, Group of Monuments at Pattadakal
<<Read Full News>>