We are here for you to provide the important Recent and Latest Current Affairs 18 July 2020, which have unique updates of Latest Current Affairs 2020 events from all newspapers such as The Hindu, The Economic Times, PIB, Times of India, PTI, Indian Express, Business Standard and all Government official websites. 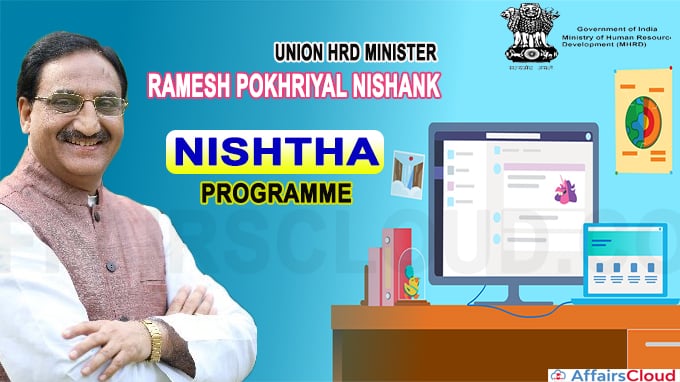 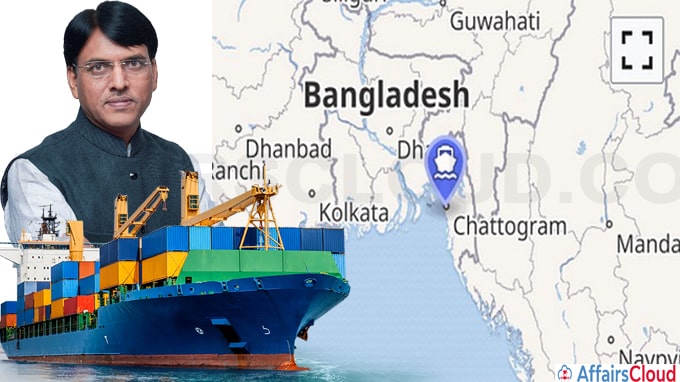 i.On July 16, 2020, Union Minister of State for Shipping (I/C) Mansukh Mandaviya flagged off the first trial container ship from Kolkata (West Bengal) to Agartala (Tripura) through Chattogram Port of Bangladesh in a virtual ceremony.
ii.This will not only provide an alternative and shorter route for India to connect it’s North East Region (NER) through Bangladesh but will also further boost India-Bangladesh maritime relations.
iii.This has been done under the Agreement on use of Chattogram and Mongla Ports for movement of India’s transit cargo through Bangladesh, the standard operating procedure (SOP) for which was signed and exchanged between both nations during the Bangladesh Prime Minister Sheikh Hasina visit to India in October 2019.
About Bangladesh:
Capital– Dhaka
Currency– Bangladeshi taka
President– Mohammad Abdul Hamid
<< Read Full News >> 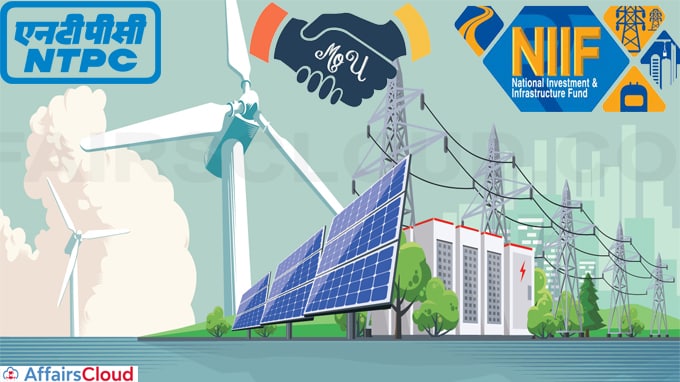 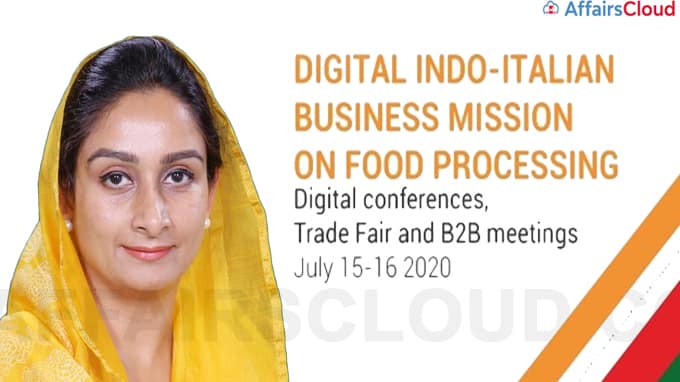 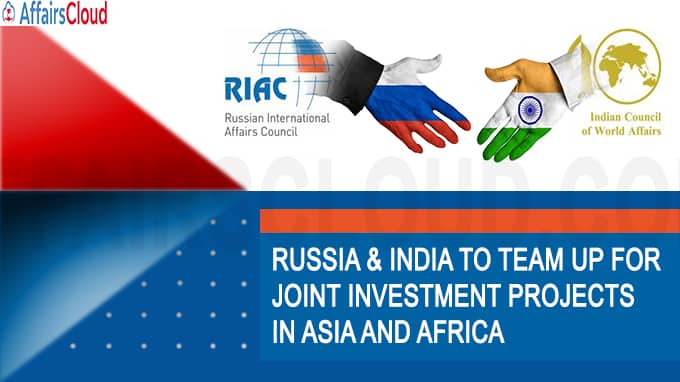 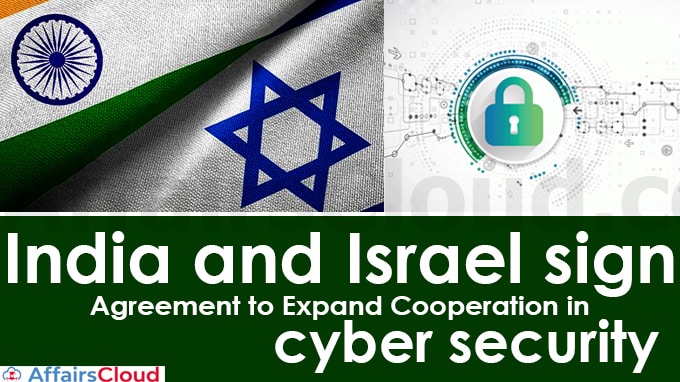 The report of Global Skills Index 2020, an in depth view at the state of the skills across the world prepared by “Coursera”, World’s largest online learning platform shows that India Surges ahead of the peers in the business and technology skill sets because of the growing young population.
About Coursera:
Founders– Daphne Koller and Andrew Ng
CEO– Jeff Maggioncalda
Headquarters– Mountain View, California, United States of America
<< Read Full News >>

ICRA projects India’s GDP growth to contract by 9.5% in FY21 from earlier 5% 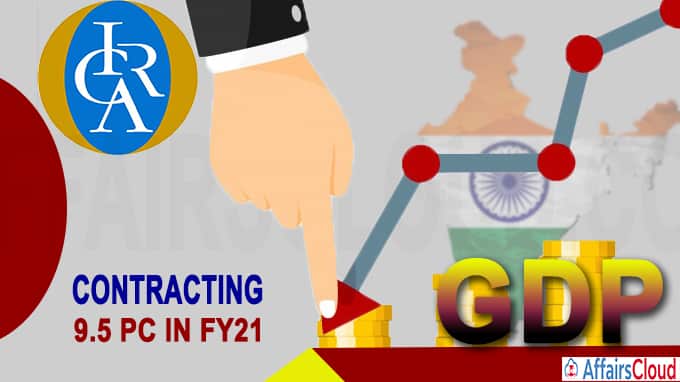 On 16th July 2020, The Toronto International Film Festival(TIFF), announced that Kate Winslet will be receiving the 2020 TIFF Tribute Actor Award at the virtual event of the 45th edition of TIFF.
Kate will receive the honour in the virtual gala on 15th September 2020, following her film, Francis Lee’s Ammonite in which she played a fossil hunter Mary Anning.
About Kate Winslet:
i.Kate Winslet debuted in the film Heavenly Creatures directed by Peter Jackson.
ii.She was known for her role as Rose DeWitt in James Cameron’s Titanic (1997).
iii.She won the Oscar for the best actress for the film The Reader.
iv.She received multiple Golden Globes for her movies like Revolutionary Road, Mildred Pierce and Steve jobs.
45th edition of TIFF:
i.The festival will commence on 10th September 2020 run till 19th September 2020.
ii.For the first time in TIFF history, TIFF will launch a digital platform for the 45th edition this year to connect the audience amid the global pandemic situation.
iii.The festival plans to screen around 50 films in the first 5 days in theaters thorough social distanced screening.
iv.The TIFF Tribute Actor Award is presented to a leading performer in their field for their outstanding contribution to cinema. 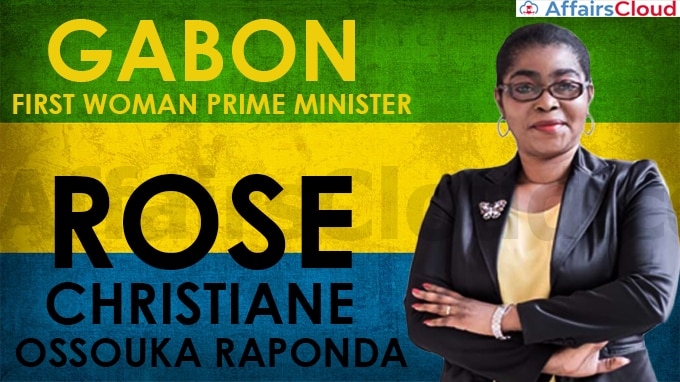 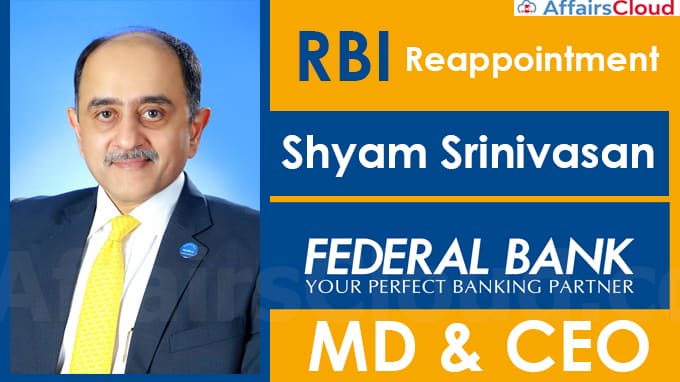 On 16th July 2020, The Reserve Bank of India(RBI) approved the reappointment of Shyam Srinivasan as the managing Director and Chief Executive officer of Federal bank Limited with effect from September 23, 2020 till September 22, 2021. i.L&T Technology Services(LTTS), the engineering services arm of Larsen and Toubro Group, informed that it will acquire a 100 % stake in Texas-based Orchestra Technology(Tech).
ii.The acquisition is an all cash deal of USD 25 million, or about Rs 187 crores.
iii.The amount will be paid in two tranches of USD 11 million (Rs 82.6 crore) and USD 14 million (Rs 105 crore). The deal is expected to close by December 2020.
About Orchestra Tech:
Founder and CEO– Anuj Jain
About LTTS:
Headquarters– Vadodara, Gujarat
CEO & Managing Director– Keshab Panda
<< Read Full News >> 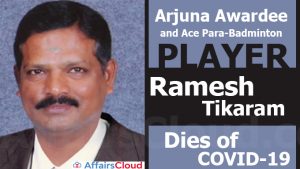 Arjuna awardee, para athlete and para-badminton player, Ramesh Tikaram passed away at 51 due to coronavirus in a Bengaluru hospital. He organized the World Cup for Para badminton in Bengaluru in 2002.

Note – He was the India’s 1st Para Badminton Player to receive the Arjuna Award.
About Ramesh Tikaram:
He excelled in athletics before shifting to badminton. Tikaram was selected to represent India at the Barcelona Paralympics in 1992.
Post Held– He became the founder secretary of the Badminton Sports Association of India for the Challenged, now known as the Para Badminton Association of India in 2000.
Medals and Awards
i.As an athlete he won many medals in shotput and Javelin throw including an international meet in Nottingham in 1995.
ii.He won gold in the Multi-Disability championship in Sydney for shot put.
iii.He received the award for his excellence in para athletics and badminton in 2002.
About Arjuna Award
It is given by the Ministry of Youth Affairs and Sports, Government of India to recognize outstanding achievement in sports including badminton and Athletics among others. It was initiated in 1961. It carries a cash prize of Rs 5,00,000, a bronze statue of Arjuna and a scroll.
Other Related News:
Commonwealth Games Gold Medalist, Weightlifter K. Sanjita Chanu to get Arjuna Award 2018 after IWF clears doping charges. 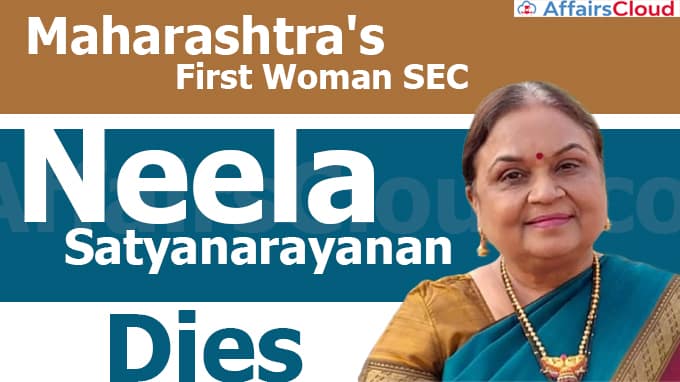 Neela Satyanarayanan (72), first woman State Election Commissioner (SEC) of Maharashtra and a praised Marathi author died of COVID-19 on July 16, 2020. She died at Seven Hills Hospital at Marol in Andheri (East), Mumbai where she was undergoing treatment for COVID-19.
About Neela Satyanarayan

Achievements in Other Fields: Harela festival
i.Harela(means the day of green) festival, a Hindu festival is celebrated by  people from the Kumaon region of the state of Uttarakhand and in some parts of Himachal Pradesh.
ii.The festival is celebrated thrice every year, the first Harela during Chaitra Navratri, the second during Sharad Navratri in the month of Ashwin and third, Shravan Harela, is celebrated on July 16 this year(2020).
iii.The Shravan Harela marks the onset of the rainy season.(Monsoon).
About Uttarakhand:
Capital– Dehradun(Winter), Gairsain (Summer)
Chief Minister– Trivendra Singh Rawat
Governor– Baby Rani Maurya
Other Related News:
i.Centre Sanctions Additional Rs 1,691 crore for the construction of highways by the Border Roads Organization (BRO) in Jammu and Kashmir (J&K) and Uttarakhand during 2020-21.
ii.Uttarakhand Develops India’s First Lichen Park to Conserve Jurassic Era Plant in Munsyari(Munsiyari).

The International Olympic Committee(IOC) has postponed the 2022 Dakar(Senegal) Youth Summer Olympics by four years to 2026 due to Covid- 19  pandemic and this would be the first Youth Summer olympic Games to be organized in Africa. 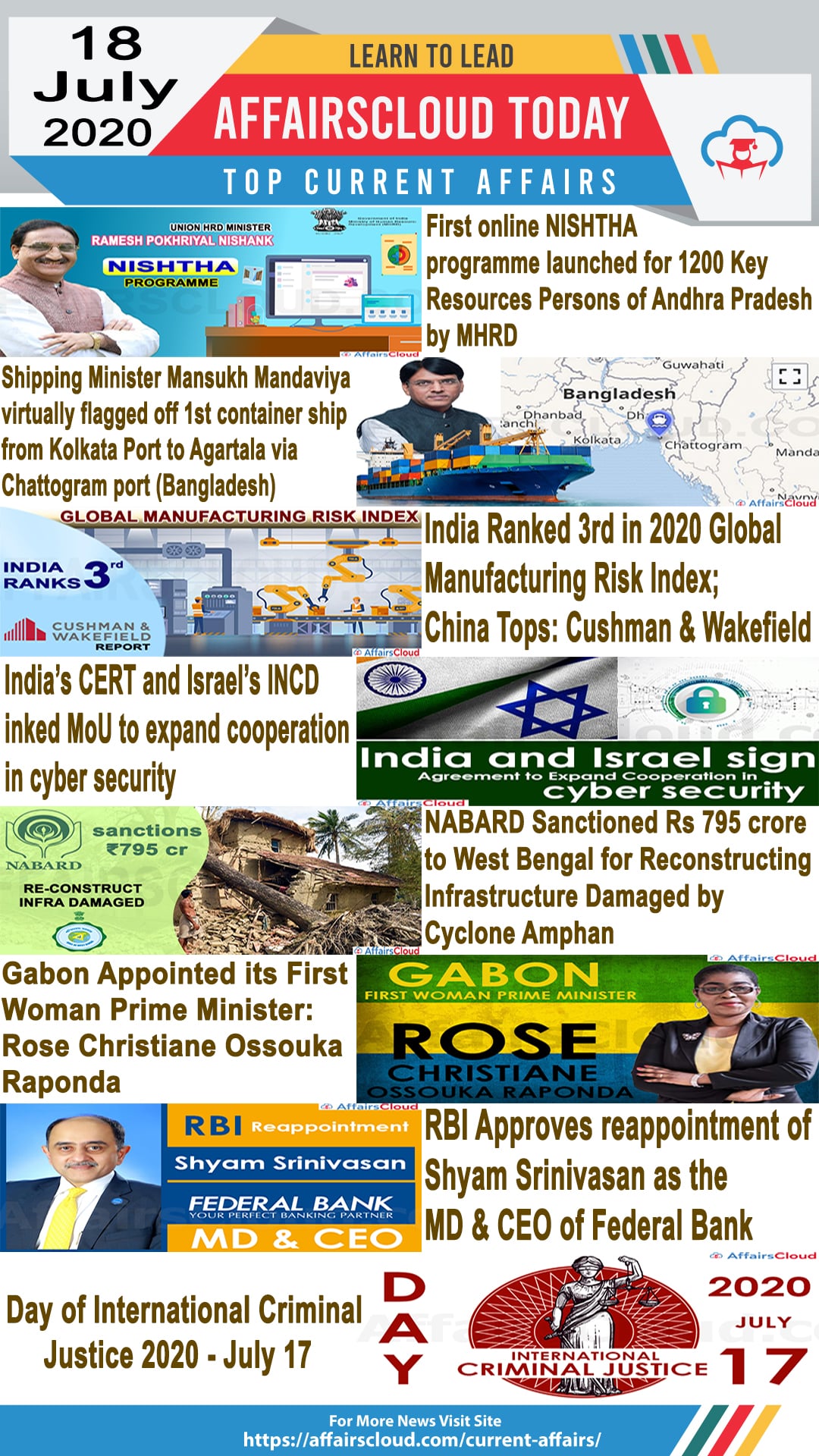