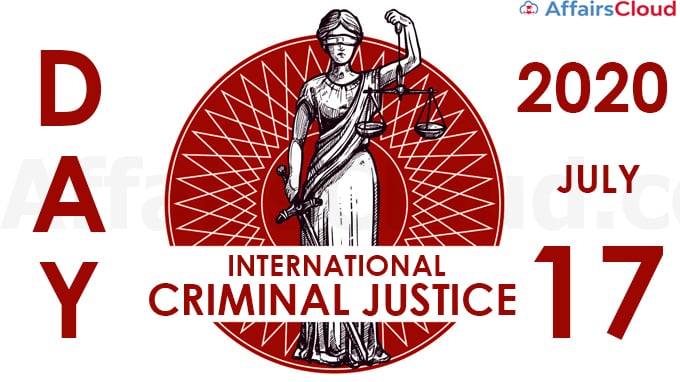 Day of International Criminal Justice is annually observed on 17th July to recognise the importance of the international criminal justice system in prevailing the justice for the victims of the crimes, wars and genocide and to promote their rights.

i.On 1st June 2010, in the Review Conference of the Rome Statute, Kampala, Uganda, the decision to celebrate July 17th as the Day of International Criminal justice was made.

ii.The 17th of July was chosen to commemorate the adoption of Rome Statute – the founding treaty of International Criminal Court (ICC) by the United Nations Diplomatic Conference of Plenipotentiaries on 17 July 1998.

ii.The mandate of the fund are,

i.The jurisdiction of ICC is over the suspected predators of genocide, war crimes, crimes against humanity which includes the superiors and military commanders.

ii.ICC does not take jurisdiction over the national courts of the states, ICC exercises its jurisdiction only when the state fails or unwilling to prosecute.