We are here for you to provide the important Recent and Latest Current Affairs 16 July 2020, which have unique updates of Latest Current Affairs 2020 events from all newspapers such as The Hindu, The Economic Times, PIB, Times of India, PTI, Indian Express, Business Standard and all Government official websites. 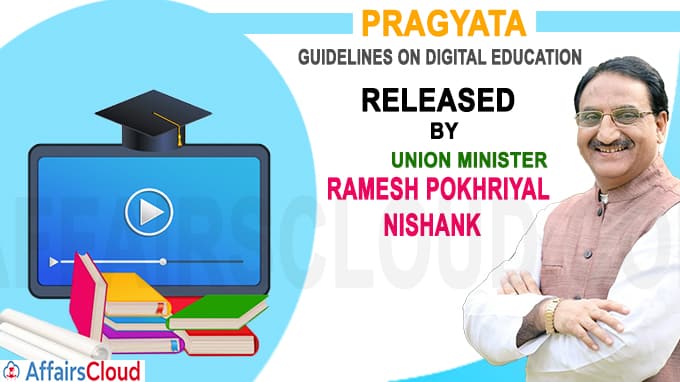 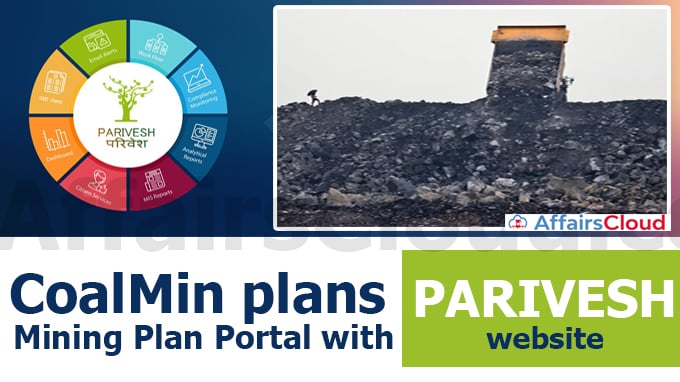 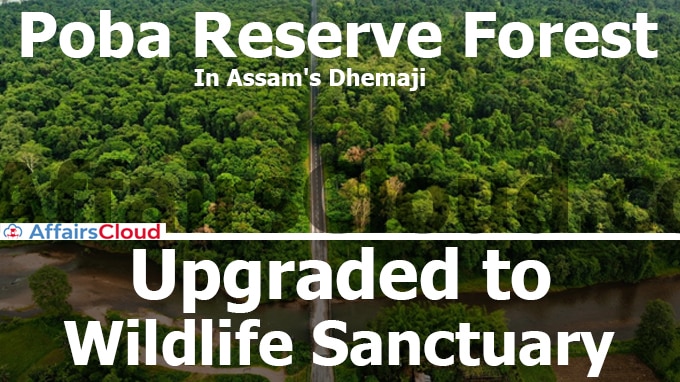 The Chief Minister (CM) of Assam, Sarbananda Sonowal has announced the upgradation of Poba Reserve Forest, a vital biodiversity hotspot in Dhemaji district of Assam, as a wildlife sanctuary. The announcement was made during a meeting with senior officials of Lakhimpur, Dhemaji and Majuli districts at Jonai.

India in partnership with Chile & UN’s FAO Co-Hosted Event, “On the road to the International Year of Fruits and Vegetables 2021” 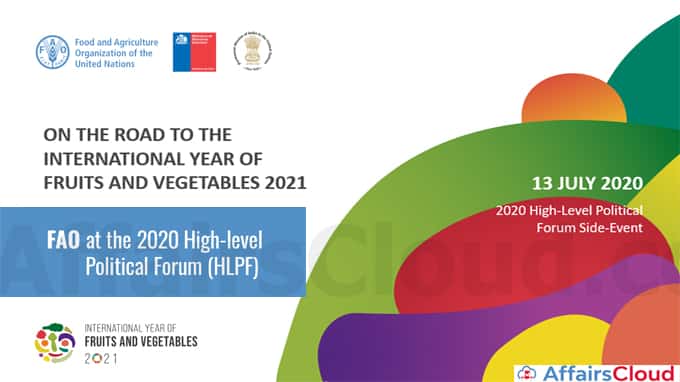 i.On 13th July 2020, India partnered with Chile & Food and Agriculture Organization(FAO) of the United Nations(UN) co-hosted the “On the road to the International Year of Fruits and Vegetables 2021: Highlighting health and nutritional benefits through sustainable production and consumption of fruits and vegetables”, side event of 2020 High-level Political forum.
ii.Chile had championed to declare the year 2021 as an International Year of Fruits and Vegetables’ by UN General Assembly in 2019.
About Food and Agriculture Organization(FAO):
Director-General– QU Dongyu
Headquarters– Rome, Italy
<< Read Full News >>

i.National Bank for Agriculture and Rural Development (Nabard) has disbursed Rs 2.51 crore of grant assistance to Self Help Groups (SHGs) for promotion, skill development and digitisation of records in Karnataka. This funding is a part of EShakti or Digitisation of SHGs an initiative of Micro Credit and Innovations Department (mCID) of NABARD.
ii.In Karnataka, NABARD has extended a grant assistance of Rs 221.89 crore to support 298 watershed projects in over three lakh hectares benefitting 66,500 families. The State has about 75% of rainfed area.
About National Bank for Agriculture and Rural Development (NABARD):
Chairman– G R Chintala
Headquarter– Mumbai, Maharashtra
<< Read Full News >> 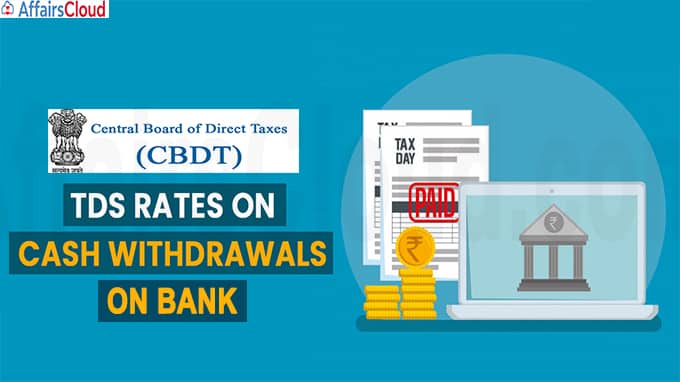 i.A new functionality of Income Tax Department namely “Verification of applicability u/s 194N” which is available on www.incometaxindiaefiling.gov.in since July 1, 2020 has now made accessible for banks, co-operative societies, and post offices through web-services by Central Board of Direct Taxes (CBDT).
ii.This feature will enable banks and post offices to ascertain the TDS (Tax deduction at source) applicability rates on cash withdrawals of above Rs 20 lakh in case of a non-filer of the income-tax return (ITR) and that of above Rs 1 crore in case of a filer of the ITR.
iii.In order to discourage cash transactions and move towards a cashless economy, the Finance (No.2) Act, 2019 has inserted section 194N in the Income Tax Act w.e.f. 1 September, 2019.
About Central Board of Direct Taxes (CBDT):
CBDT, a part of Department of Revenue in the Ministry of Finance works as the policy making body for the Income Tax department.
Chairperson– Pramod Chandra Mody
Headquarter– New Delhi
<< Read Full News >> 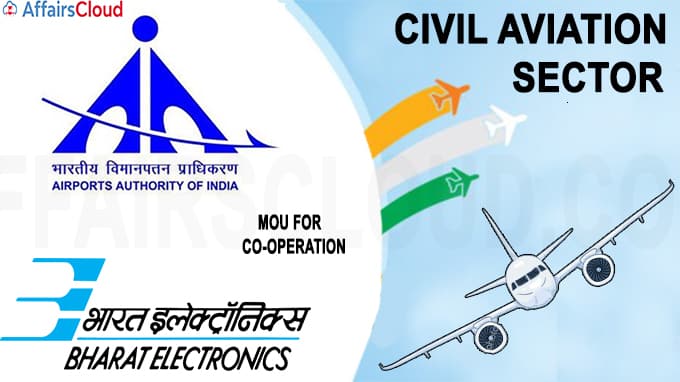 i.Airports Authority of India(AAI) signed a Memorandum of Understanding (MoU) with Bharat Electronics Ltd (BEL) through video conferencing.
ii.To collaborate and support the emerging global opportunities in the airport business, including those in the Asia Pacific region. The MoU is likely to boost the civil aviation industry.
iii.As AAI will act as the development partner, it will assist BEL in its domain of expertise to enable execution of the MEA projects outside India by BEL.
About AAI:
Headquarters– New Delhi, India
Chairman– Arvind Singh
About BEL:
It is a Defence Public Sector Undertaking(PSU)
Registered Office– Bangalore, Karnataka
Chairman & Managing Director– M V Gowtama
<< Read Full News >> 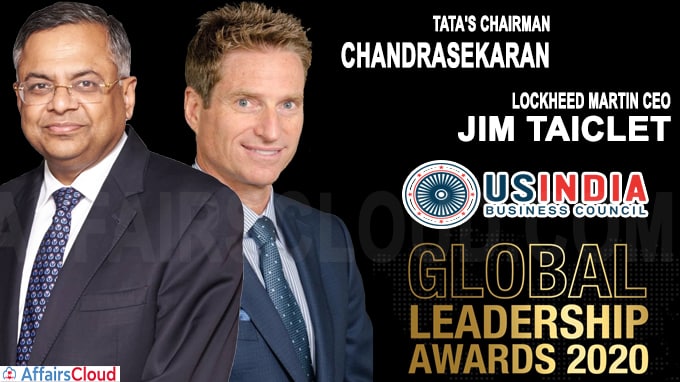 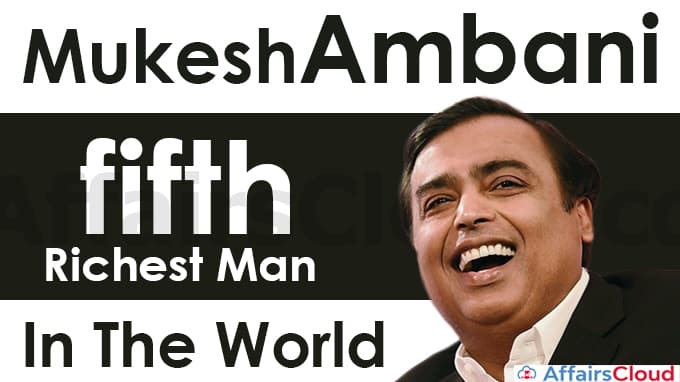 According to the Hurun’s Research’s World Richest Man List, Reliance Industries Limited (RIL) chairman & CEO Mukesh Ambani (63) with worth 78 billion USD ranked 5th richest man in the world.He sustains as the wealthiest Indian and he is the only Asian Tycoon in the world’s top 10 richest people as on July 2020.
i.Ambani’s wealth was down by 1% compared to pre-COVID levels.
ii.Mukesh Ambani shared his position with Tesla’s Founder, Elon Musk and Steve Ballmer (Former Microsoft CEO).
iii.Ambani has surpassed Warren Buffett’s whose net worth is 76 billion.
iv.Vaccine King Cyrus Poonawalla is another Indian in the global rich list at 57th position.
Hurun’s Global Ranking: 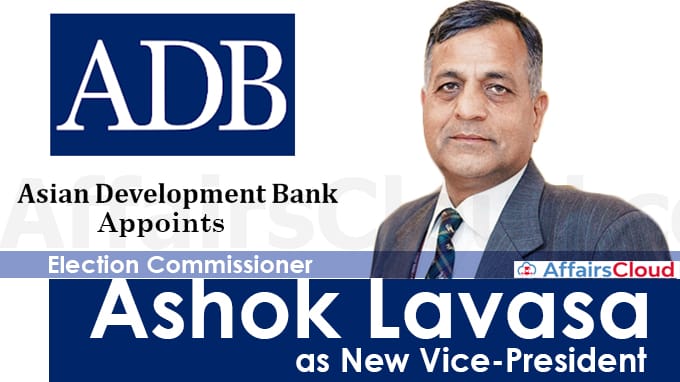 i.The Asian Development Bank (ADB) has appointed Ashok Lavasa as its Vice-President for Private Sector Operations and Public–Private Partnerships, who is currently serving as one of the Election Commissioners of India(since January 2018).
ii.He will succeed Diwakar Gupta, whose term will end on 31 August, 2020.
iii.He is a retired 1980 batch IAS officer of Haryana cadre. He was born on 21st October 1957.
About ADB:
Headquarters– Metro Manila, Philippines
President– Masatsugu Asakawa
<< Read Full News >> 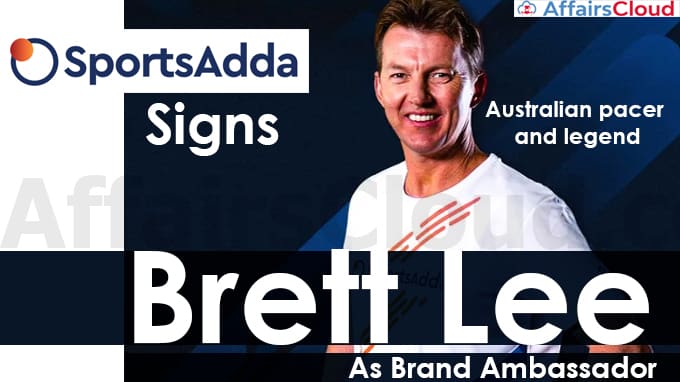 On 14th July 2020, SportsAdda, news and information website for Cricket, Football and Kabaddi announced that they signed Former australian cricketer Brett Lee as its Brand ambassador.

Brett Lee:
i.Brett Lee, the 43 years old fast bowler debuted in 1999 and retired from Tests in 2008.
ii.He was a part of the ICC Cricket World Cup winning Australian team in 2003 and 2007.
iii.He took over 700 wickets during his international career and retired from international cricket in 2013.
iv.After the Big Bash League (BBL – Australian Twenty20 cricket league) season in 2014 to 2015 he retired from all forms of cricket.
v.He starred in the movie, UNindian, an Australian movie in 2015.
About SportsAdda:
i.SportsAdda website is owned by Stumped Entertainment FZE.
ii.The website was formed in 2018 and it is also available as a mobile application. 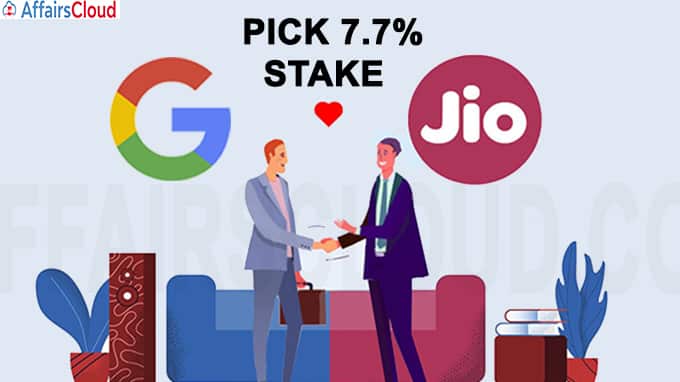 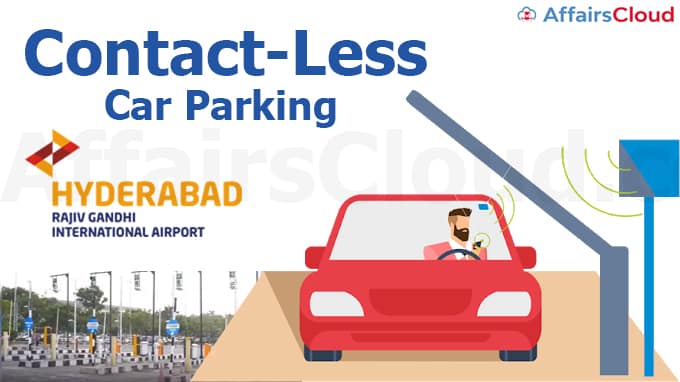 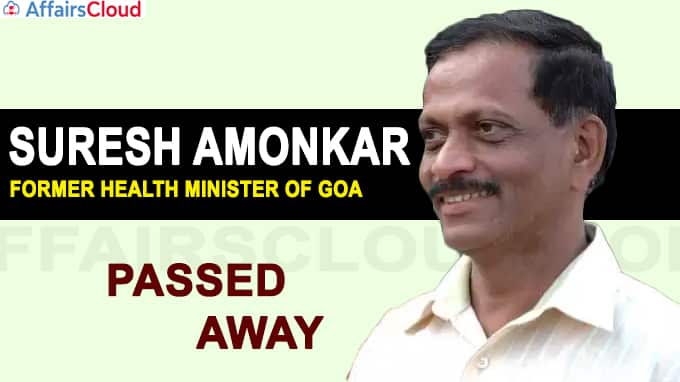 Former Goa health minister, Suresh Amonkar passed away at 68 due to COVID-19 infection, while undergoing treatment at ESI hospital in Margao. He was born on May 15, 1952 in Amona, Goa.
About Suresh Amonkar
i.Suresh Amonkar was 1st elected to the Goa Legislative Assembly from the Pale  Assembly constituency, later renamed as Sankhalim in north Goa, in the 1999 and 2002 elections as a member of the Bharatiya Janata Party(BJP).
ii.He served as the Minister of Health, Social Welfare, and Labour & Employment in Francisco Sardinha’s cabinet from 1999 to 2000.
iii.He also served as the Minister of Health, Labour & Employment, and Factories and Boilers in the First Manohar Parrikar cabinet.
iv.Later he joined Rashtriya Swayamsevak Sanghleader(RSS) Subhash Velingkar’s Goa Suraksha Manch(GSM) in November 2016.
About Goa:
Capital– Panaji
Chief Minister– Pramod Sawant
Governor– Satya Pal Malik 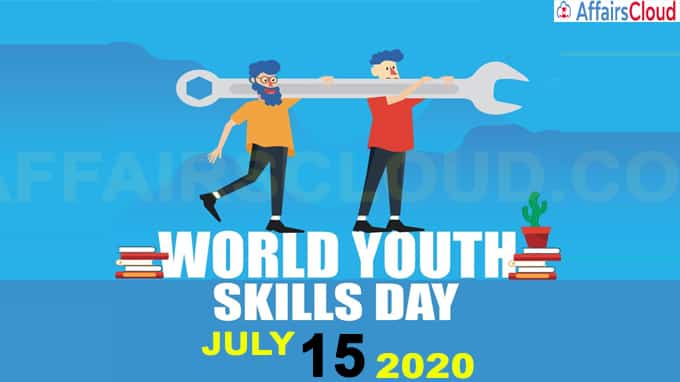 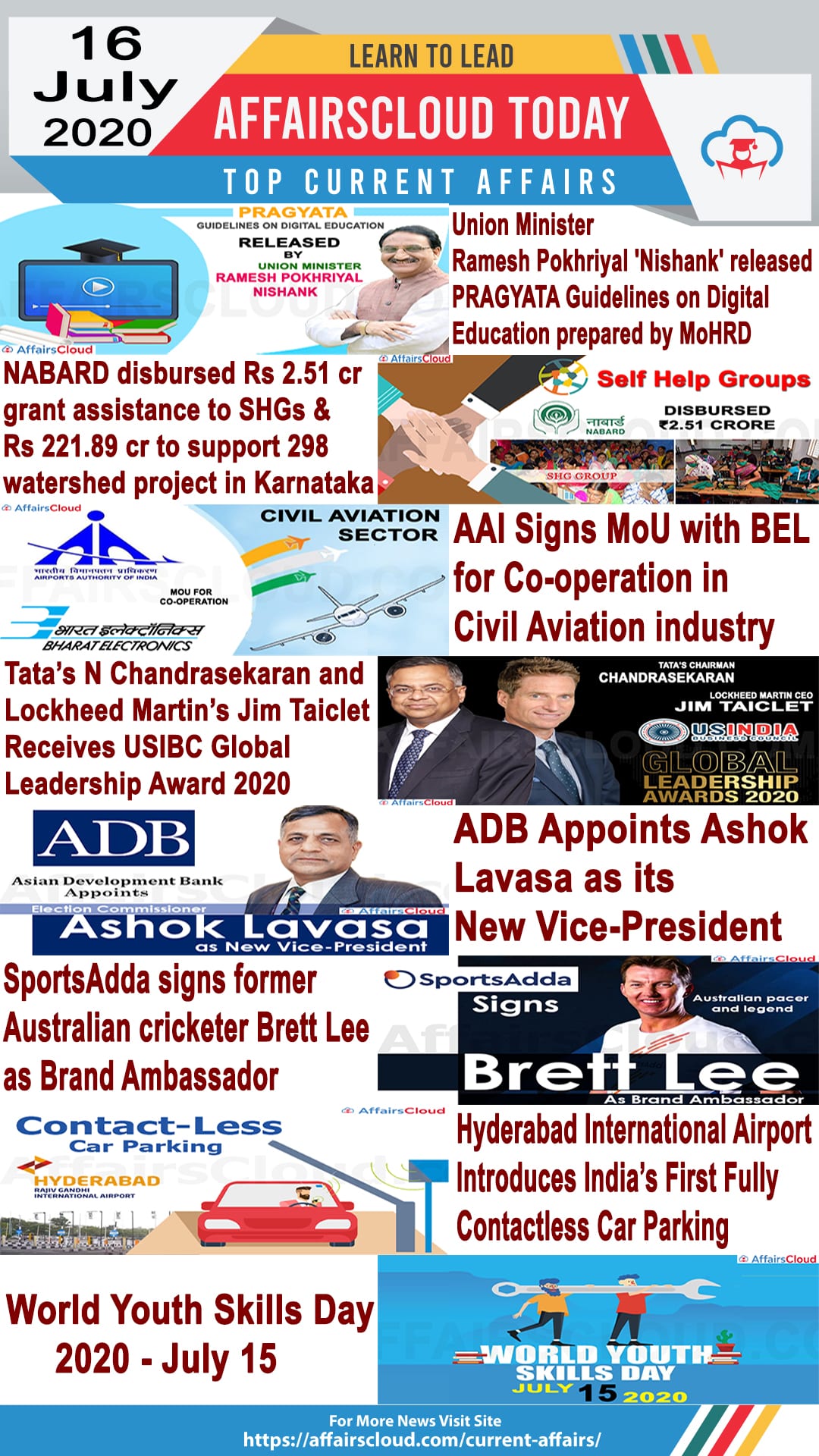