We are here for you to provide the important Recent and Latest Current Affairs 15 September 2020, which have unique updates of Latest Current Affairs 2020 events from all newspapers such as The Hindu, The Economic Times, PIB, Times of India, PTI, Indian Express, Business Standard and all Government official websites. 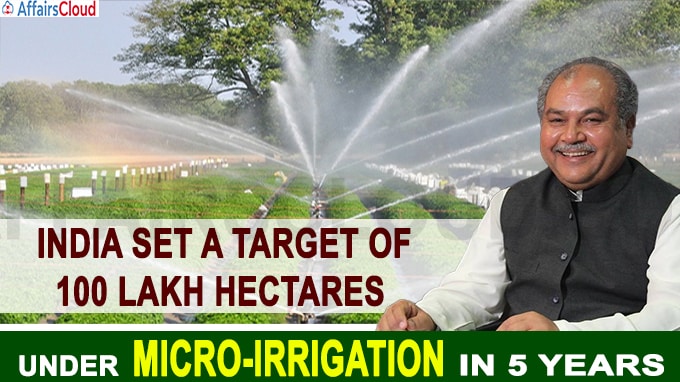 On 9th September 2020, Narendra Singh Tomar, Union Minister for Agriculture and Farmers Welfare announced that the Ministry has set target to cover 100 lakh Hectares(Ha) under micro irrigation in 5 years while addressing the webinar on Enhancing Water Use Efficiency and Coverage of Micro Irrigation in Indian Agriculture organised by the Department of Agriculture, Cooperation & Farmers Welfare (DAC&FW).
Key People:
Kailash Chaudhary, Minister of State(MoS) for Agriculture & Farmers Welfare along with experts from state governments, Confederation of Indian Industry (CII) – International Water Management Institute deliberated on coverage of Micro Irrigation for enhancing water use efficiency in agriculture sector in India and other dignitaries participated in the webinar.
Key Points:
i.DAC&FW is implementing the Per Drop More Crop component of Pradhan Mantri Krishi Sinchayi Yojana (PMKSY-PDMC) since 2015-16 to increase the efficiency of water usage in the agri sector and increase the farmer’s income.
ii.The ministry with National Bank for Agriculture and Rural Development(NABARD) created a dedicated Micro Irrigation Fund(MIF) of Rs.5000 crores to support the states to mobilize their resources to expand the micro irrigation coverage.
iii.NABARD and MIF committee have sanctioned projects worth Rs.3805.67 crore to cover 12.53 lakh Ha under MIF.
iv.This fund will provide an additional subsidy over the subsidy available under PMKSY-PDMC. 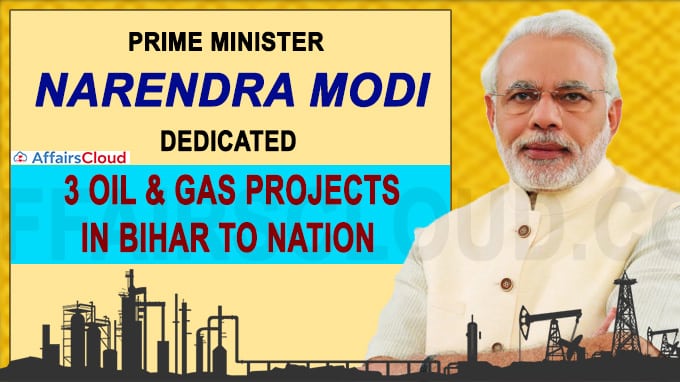 i.On September 13, 2020 Prime Minister Narendra Modi Inaugurated 3 key projects of the petroleum sector worth more than Rs 900 crore in Bihar through video conference and dedicated it to the Nation.
ii.The projects include the Durgapur-Banka section(about 200 km) of the Paradip-Haldia-Durgapur Pipeline Augmentation Project and 2 LPG(Liquefied Petroleum Gas) Bottling Plants.
iii.Of the 2 LPG Bottling plants one plant of the Indian Oil Corporation Limited(IOCL) is launched in Banka and another plant of the Hindustan Petroleum Corporation Limited(HPCL) in Champaran(East), Harsidhi.
iv.The projects have been commissioned by IOCL and HPCL, Public Sector Undertakings(PSUs) under the aegis of the Ministry of Petroleum and Natural Gas.
About Bihar:
Chief Minister– Nitish Kumar
Governor– Phagu Chauhan
<<Read Full News>>

Overview of S Jaishankar visit to Russia from Sept 8- 11, 2020 to Attends SCO Foreign Ministers in Moscow ii.During his way to Russia he made a stopover in Tehran, Iran on September 8, 2020 to meet his Iranian counterpart Mohammad Javad Zarif for discussing various aspects of bilateral relations and regional developments including Chabahar port project. 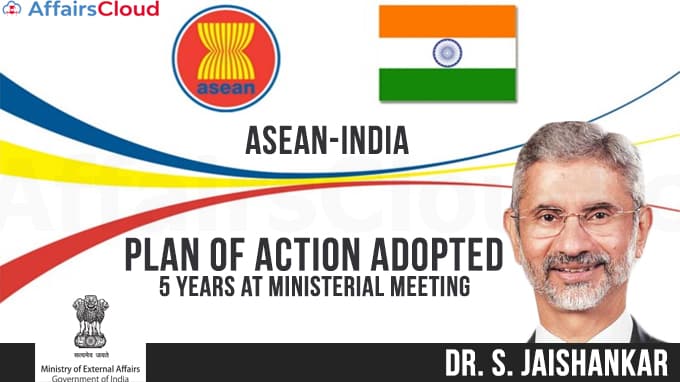 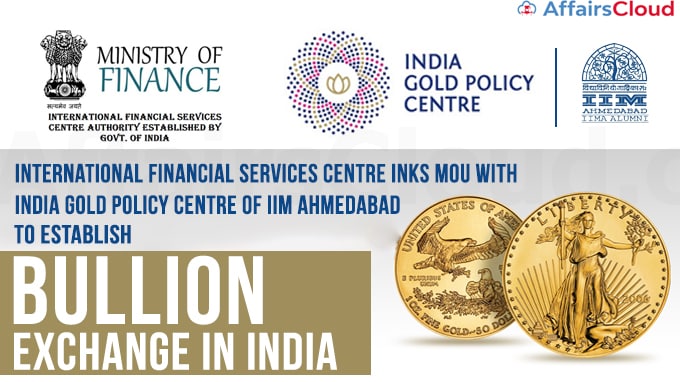 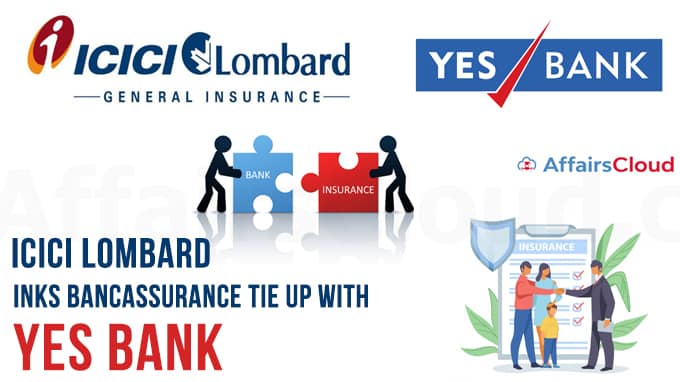 ICICI (Industrial Credit and Investment Corporation of India) Lombard Insurance Company Ltd has entered into a Bancassurance tie-up with Yes Bank  to sell its insurance products. Through this agreement, ICICI Lombard aims to offer innovative insurance solutions to Yes Bank’s Customers  across 28 States and 8 Union Territories. 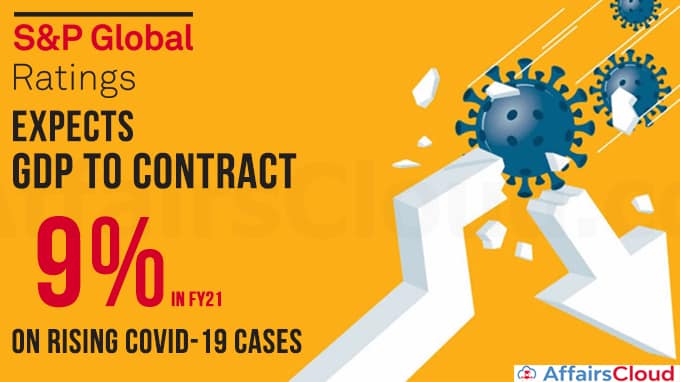 i.On September 14, 2020, S&P (Standard & Poors) Global Ratings projected a contraction of 9% in India’s gross domestic product (GDP) in FY21 in comparison to previous estimate of 5% contraction.
ii.The reason behind this down gradation is rising coronavirus cases in India that are keeping private spending and investment lower for a longer-than-anticipated period.
iii.In accordance with the World Health Organization (WHO) data, new cases per day in India averaged nearly 90,000 in the week ended Sept 11, 2020, an increase from an average of about 70,000 per day in August, 2020.
About S&P (Standard & Poors) Global Ratings:
President– John Berisford
Headquarters– New York, New York, United States
<<Read Full News>> 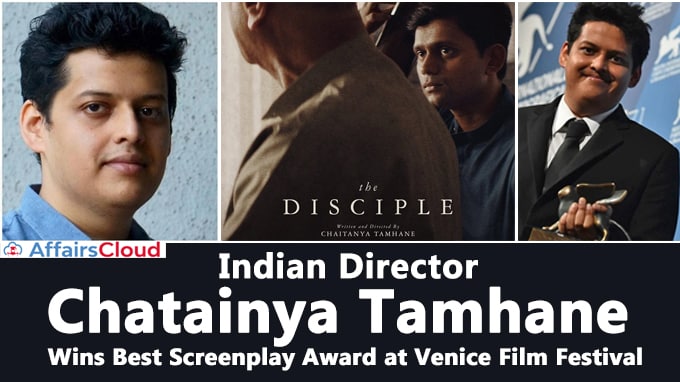 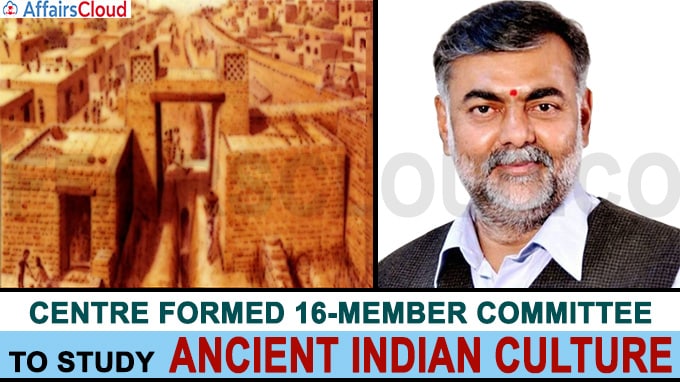 Prahlad Singh Mulayam Singh Patel(in short- Prahlad Singh Patel) Minister of State (I/C- Independent Charge) of Culture and Tourism has informed that Government has formed a 16 member expert committee to conduct a study on the origin and evolution of Indian culture dating back to about 12,000 years ago and its interface with other cultures of the world.
Key People
The committee will include K N Dikshit, Chairman, Indian Archaeological Society, New Delhi and former Joint Director General, Archaeological Survey of India, among others.
Constituency
Prahlad Singh Patel– Damoh, Madhya Pradesh 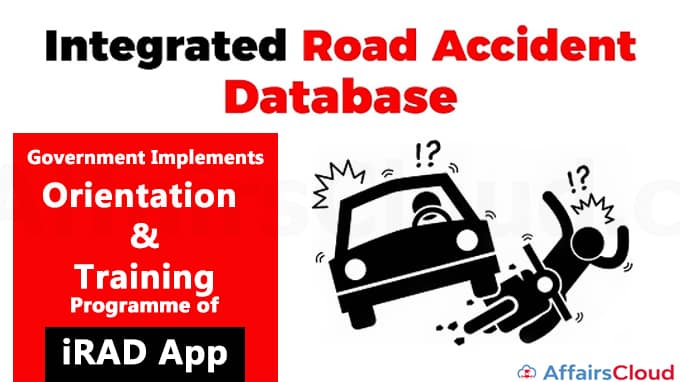 i.On September 7-8, 2020, Ministry of Road Transport & Highways (MoRTH) conducted the 2-days Orientation and Training programme on Integrated Road Accident Database Project (iRAD) App for the selected districts of Karnataka and on 10th & 11th September 2020 for some districts of Uttar Pradesh (UP).
ii.This has been done to receive feedback and other suggestions for the customization of iRAD app as per the requirements of the states/UT.
iii.The basic iRAD app, for capturing the spot accident data, has been developed by IIT (Indian Institutes of Technology) Madras (Tamil Nadu) and National Informatics Centre Services Inc (NICSI) of New Delhi.
About MoRTH:
Union Minister– Nitin Jairam Gadkari
Minister of State(MoS)– Gen (Retd) Vijay Kumar Singh
<<Read Full News>> 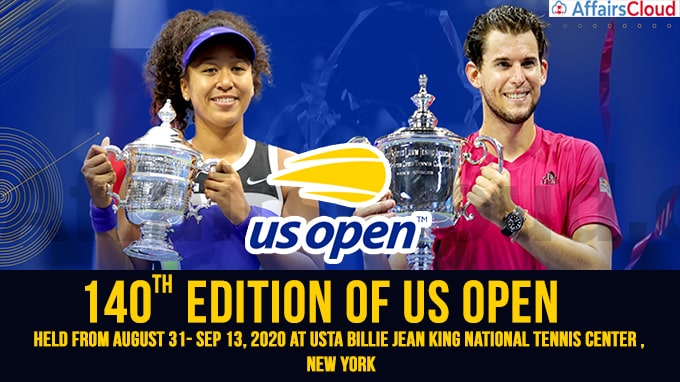 The 140th Edition of American Open took place at the USTA Billie  Jean  King National Tennis Centre, New York, United States from August 31, 2020 – September 13, 2020.
It was the Second Grand Slam Event of the year, after Australian Open took place in January. Wimbledon was called off due to the pandemic.
2020 US Open Winners 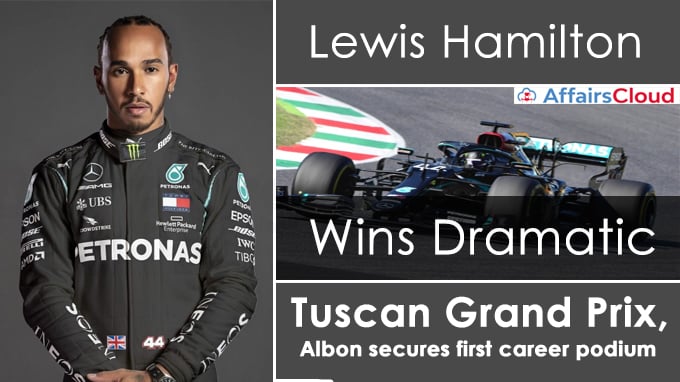 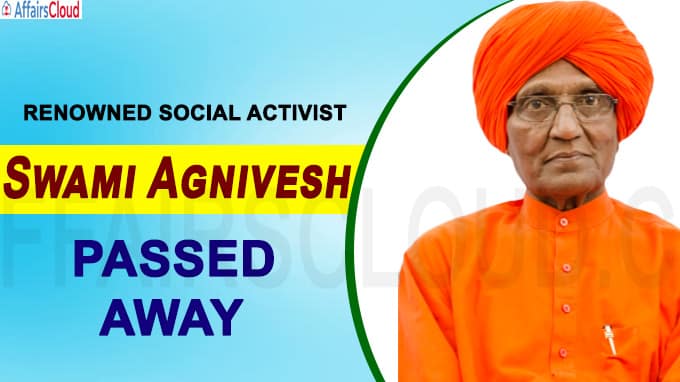 On September 11, 2020 Swami Agnivesh(Original Name- Vepa Shyam Rao), renowned social activist, scholar, former MLA(Member of the Legislative Assembly) and Cabinet Minister for Education of Haryana passed away at the age of 80 due to cardiac arrest at the Institute of Liver and Biliary Sciences (ILBS) in New Delhi, India. He served as the president (2004–2014) of the World Council of Arya Samaj, which is the highest international body of the Arya Samaj. He was born on 21st September,  1939 in Srikakulam, Andhra Pradesh.
Key Info about Swami Agnivesh
i.He founded the Bonded Labour Liberation Front-BLLF(or Bandhua Mukti Morcha-BMM), a Non-Governmental Organisation(NGO)
ii.From 1994 to 2004, he served as the chairperson of the United Nations Voluntary Trust Fund on Contemporary Forms of Slavery
Books
He also has authored books namely, Vaidik Samajvad (Vedic Socialism)-1974, Religion Revolution and Marxism among others.
Awards
Rajiv Gandhi National Sadbhavana Award (2004) – Delhi, India; The Right Livelihood Award(2004)- Sweden ; M. A. Thomas National Rights Award (2006) – Bangalore, India On 13th September 2020, Former Union Minister for Rural Development, Raghuvansh Prasad Singh passed away at the age of 74 at New Delhi due to post COVID complications.
He was born on 6th June 1946 in Bihar.
About Raghuvansh Prasad Singh:
i.Raghuvansh Prasad Singh, was a former Professor with a doctorate in mathematics who served as the Minister of State for Energy during the term of Karpoori Thakur as Chief minister in 1977.
ii.He became the Lok sabha member in 1996 and served as a Lok Sabha member for five terms representing Vaishali, Bihar.
iii.He served as the Union minister for Rural development from 2004 to 2009 in the cabinet led by Manmohan Singh.
iv.He was well known as the architect of the Mahatma Gandhi National Rural Employment Guarantee Act (MGNREGA) which was rolled out as a flagship programme under the United Progressive Alliance (UPA) government.

A Book Titled ‘End of an Era, India Exits Tibet’ Authored by Claude Arpi to be Released

The book titled  ‘End of an Era, India Exits Tibet’ authored by Claude Arpi to be released soon. The book portrays India Tibet relation during 1947-1962. The core of the book is about India losing all its influence in Tibet, helping China press aggressive claims along the border with India. It is based on Nehru Memorial Library papers, de-classified Indian and Chinese documents and personal interviews.
Note- This book is the 4th part of the series
About The Book
i.The book describes India’s last years of presence in Tibet.
ii.The book also states how the voluminous reports by India’s own agencies about the threatening consolidation of China’s occupation of Tibet, i.e, China had illegally built a road in territory-Tibet claimed by India, failed to stimulate India to take action.
About Claude Arpi
Claude Arpi is French-born author, journalist, historian and Tibetologist born in 1949 in France ,lives in Auroville,Pudhucherry, India. 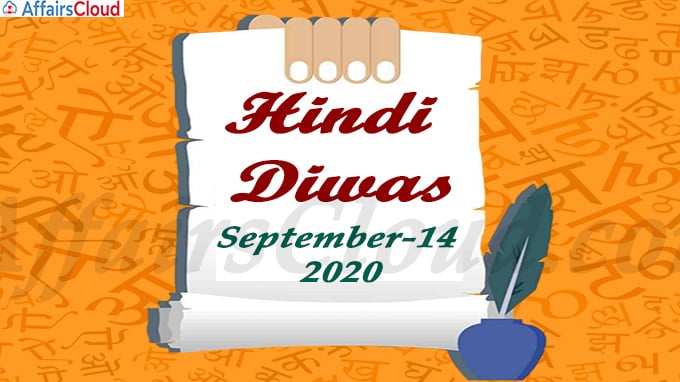 i.Hindi Diwas is celebrated annually on 14th of September across India to promote Hindi and to create awareness about the language. This day is celebrated to mark the anniversary of the adoption of Hindi (the Devanagari Script) as one of the official languages of the Republic of India in 1949.It is one of the 22 scheduled languages of India.
ii.The 14th September 2020 also marks the birth anniversary of Beohar Rajendra Simha, the illustrator of the original final manuscript of the Indian Constitution.
iii.The Department of Official Language under the Ministry of Home Affairs have released the list of the winners of Rajbhasha Gaurav Puraskar and Rajbhasha Kirti Puraskar 2019-2020.
<<Read Full News>>

Maharashtra CM to launch ‘My Family, My Responsibility’ Campaign to Tackle COVID-19

In a bid to tackle the coronavirus pandemic among further relaxation of lockdown curbs, Maharashtra Chief Minister(CM) Uddhav Thackeray announced the launch of  ‘My Family, My Responsibility’ Campaign. The campaign aims to motivate the maximum number of people to adopt a new lifestyle for effective COVID-19 control and also aims to reach people before the virus reaches them.
On September 15, 2020 the campaign will be launched in the BMC Brihanmumbai Municipal Corporation (BMC), (formerly the Bombay Municipal Corporation) jurisdiction area and will be implemented across the state under the guidance of CM.
Key Info

About the ‘My Family, My Responsibility’ Campaign
Under the campaign, volunteers appointed by the BMC’s public Health Dept will reach out to every family in the BMC area and will check the citizens for Covid-19 symptoms and will provide medical help and guidance if needed.
About Maharashtra:
Capital– Mumbai
Governor– Bhagat Singh Koshyari 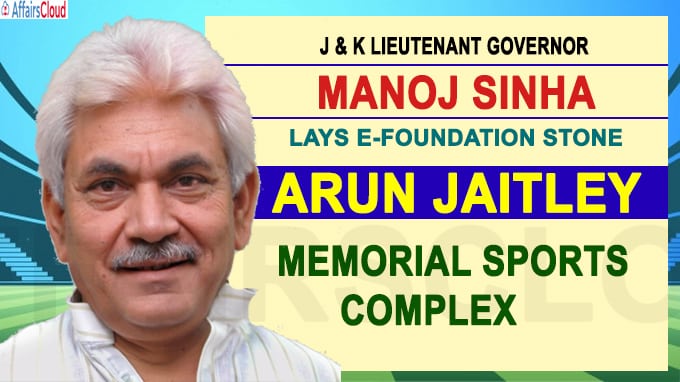 On 12th September 2020, Lieutenant Governor(LG) of Jammu & Kashmir(J&K) Manoj Sinha, Jitendra Singh, Minister of State (Independent Charge) Development of North Eastern Region(DoNER) laid the e-foundation stone of the Arun Jaitley Memorial Sports Complex in Hiranagar, Kathua. This first of its kind multipurpose sports complex in the Northern Region is a tribute to the former union Minister of Finance Arun Jaitley.
Key People:
Kiren Rejju, Union Minister of Youth Affairs and Sports along with Farooq Khan, Advisor to the LG, Ravi Mittal, Union Secretary of Sports and other dignitaries and cricketer Mithun Manhas were present at the event.
About the Sports Complex:
i.The development of this complex is estimated to cost around Rs.58.23 crore which has been undertaken by the Prime Minister’s Development Package (PMDP).
ii.The northern region is provided with Rs.200 crores under the PMDP for the development of this sports complex.
iii.This complex will provide the required infrastructure to promote sports culture in J&K.
Other initiatives:
Kiren Rejju mentioned that following the success of Kehlo India Winter Games 2020 in Gulmarg a world class Winter sports academy will be constructed in Gulmarg and other sports projects of J&K will also be completed.
About Ministry of Development of North Eastern Region(MDoNER):
Minister of State (Independent Charge)– Dr. Jitendra Singh
About Ministry of Youth Affairs and Sports:
Minister of State (Independent Charge)– Kiren Rijiju